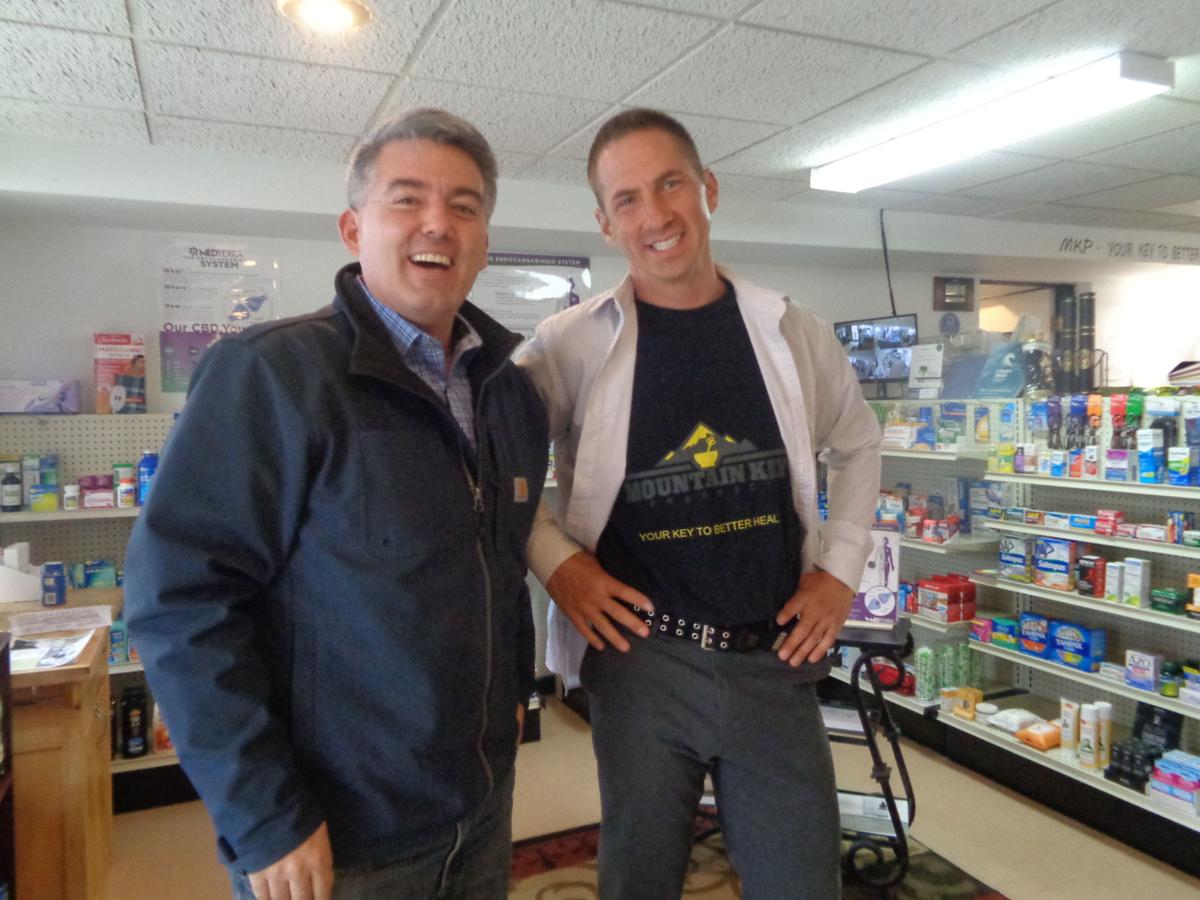 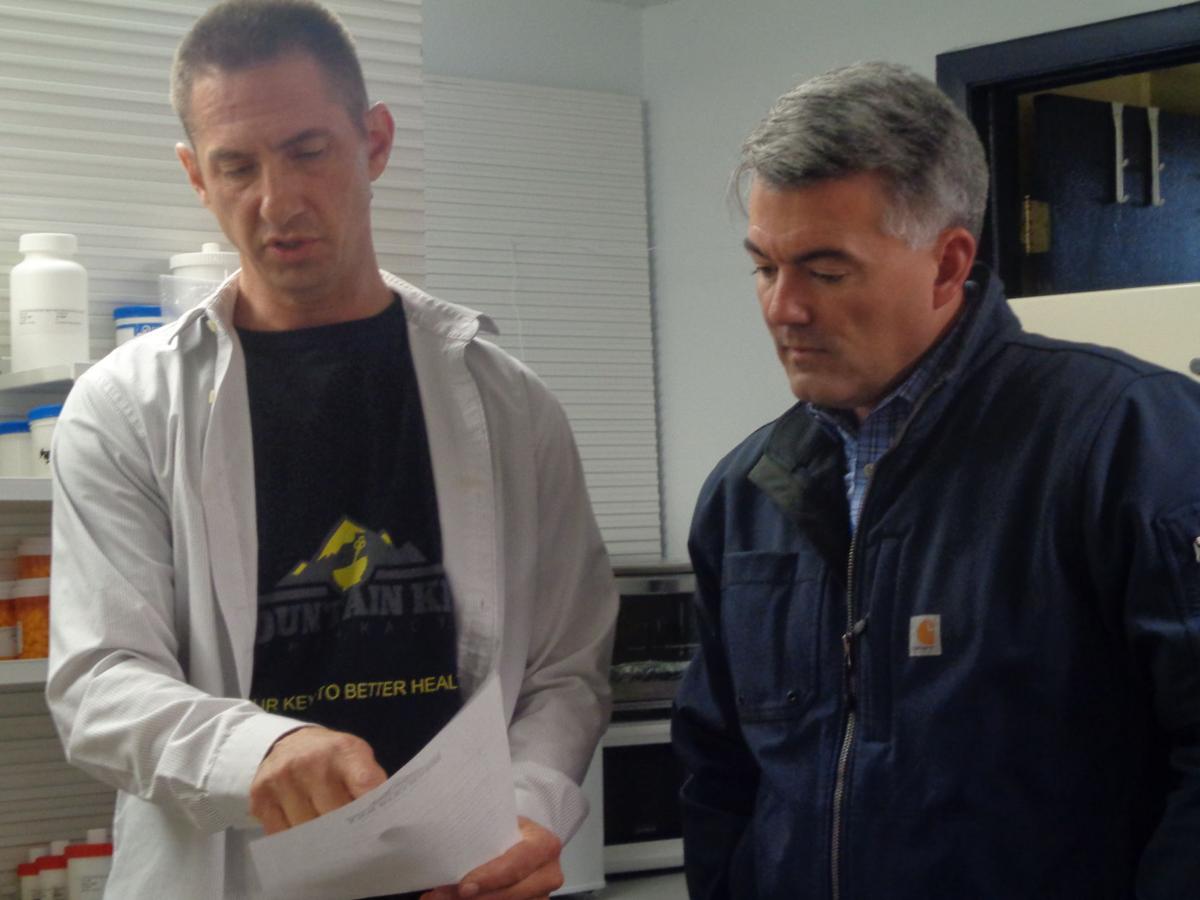 Stein has made a name for the pharmacy with his customized compounding prescriptions tailored to the individual. Gardner caught wind of Stein’s specialty and included the pharmacy in his Oct. 18 tour of southern Colorado.

After a look at the pharmacy’s backroom, including a $10,000 scale for measuring individual parts of chemicals for specific prescriptions, the two chatted about the Food and Drug Administration and independent pharmacies.

Gardner noted that he grew up and still lives in the northeast Colorado community of Yuma, where one pharmacy serves a population of around 3,600. “I’m really concerned about pharmacies in rural areas because not every rural area is going to have a Safeway, King Soopers, City Market or Walmart,” Gardner said. “Would you be able to stay in business if you weren’t compounding?”

Probably not, Stein said, to which Gardner replied, “That’s important, to be able to give you the tools you need to find an extra source of opportunity. And the fact that you can do it here — because in so many cases, they wouldn’t have all the pieces that you need.”

Stein agreed. “I’m trying to get people off drugs,” said Stein, who holds a doctorate in pharmacology. “We have patients who don’t do regular drugs; they just want compounds only.”

Gardner asked, “What are the biggest challenges you face? What can we help with?”

Stein seized the opportunity to talk about how the FDA has put a crimp in the compound market, particularly with its “oversight” letters rather than citing specific laws. “That gave them so much power to shut down independent pharmacies; that’s sad because of all the good we have done,” Stein said. “The oversight letters need to be removed so that compounding is defined and separated from manufactured drugs.”

While compounds are not covered by insurance, they’re regulated by the FDA. “The issue we have with the FDA is that compounds expire quicker than something on the shelf but that’s also the nature of the business,” Stein said. “The drug companies can’t make drugs that expire so a lot of stuff we do has a short half-life, anyway.”

Art Matthys, one of Stein’s 3,500 U.S. suppliers of medicine and chemicals, said, “Big Pharma doesn’t like what we’re doing; to them, it’s a threat but only 1/10 of a billion prescriptions is compound.”

The senator agreed. “That’s true about the threat from Big Pharma — don’t even think about that, they’re going to be fine,” Gardner said with a laugh.

However, small pharmacies always have cash-flow problems, Stein said. To address that issue, Gardner said he introduced a bill titled “Small Business Savings Account” where an owner could stash money in an interest-bearing account. “This would allow you to take that money and as long as you put it back into investing in the business you wouldn’t have to pay a tax on the gain,” Gardner said, adding that there would be a time limit on paybacks.

When Gene DeVine of Woodland Park heard about Gardner’s visit, he showed up to the pharmacy to tell his story. Ten years ago, DeVine’s wife, Becky, donated one of her kidneys to her husband. Recently, she began to suffer the effects of rheumatoid arthritis. The DeVines sought solutions from specialists. “They were befuddled,” he said. “We came to Brent pretty much out of desperation.”

Stein reviewed Becky’s lifestyle and made recommendations about diet and exercise while keeping a prescription as well as a compound to her treatment plan. “It’s been amazing how he would connect the dots, what no one had even begun to do,” DeVine said.