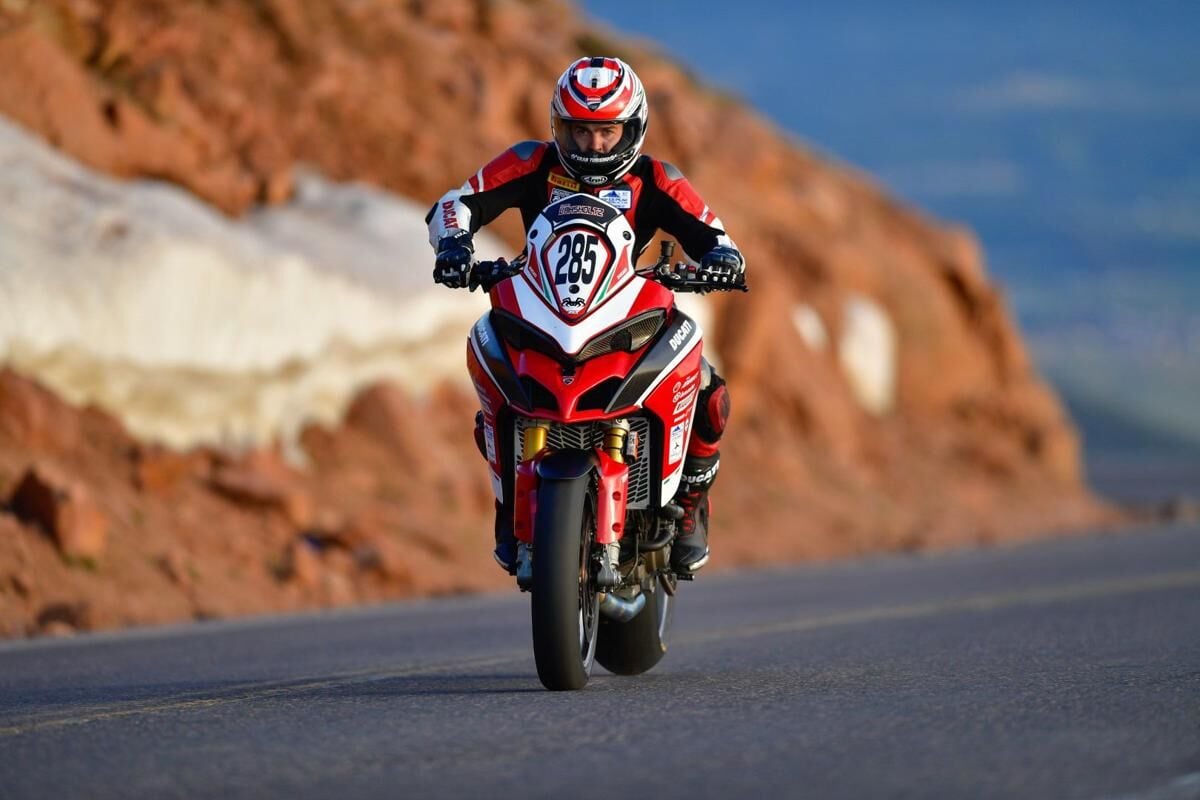 Codie Vahsholtz will move over to the automobile division this year’s Pikes Peak International Hill Climb. 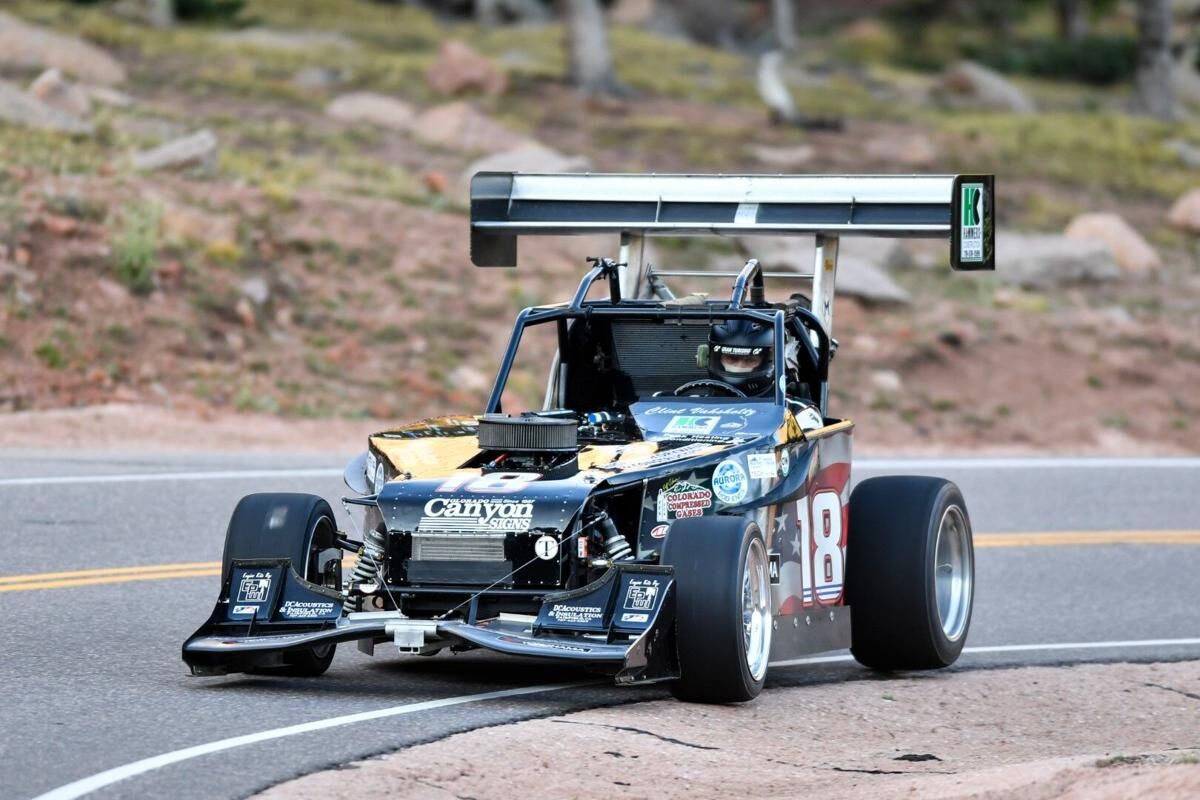 Codie Vahsholtz will race his dad’s car — a 2013 Ford Open — in this year’s Pikes Peak International Hill Climb. Clint Vahsholtz, in car, won last year’s King of the Mountain title in the car.

Codie Vahsholtz will move over to the automobile division this year’s Pikes Peak International Hill Climb.

Codie Vahsholtz will race his dad’s car — a 2013 Ford Open — in this year’s Pikes Peak International Hill Climb. Clint Vahsholtz, in car, won last year’s King of the Mountain title in the car.

The 99th running of The Broadmoor Pikes Peak International Hill Climb brought to you by Gran Turismo will take place June 27.

This is the 106th year of the event. The race did not take place during World War I and World War II.

Shute, a resident of Norfolk, United Kingdom, was the 2019 King of the Mountain. He is back in the No. 49 Wolf GB08 TSC as part of the Unlimited division.

Not competing this year is Woodland Park native Clint Vahsholtz, last year’s King of the Mountain. It was his first overall championship in his storied career that dates back to 1992.

Vahsholtz, who has a record 24 class wins, has decided to take this year off — he plans to race again in 2022 during the 100th running — to help his son, Codie, compete in the automobile class for the first time.

Codie, also a Woodland Park High School graduate, will be behind the wheel of Clint’s 2013 Ford Open, the same car Clint drove to history last year. Codie will be driving in the automobile class for the first time and is considered a “rookie.” He is competing in the famed Open Wheel division.

Though he is a rookie in the race car, Codie is a seasoned professional aboard a motorcycle on Pikes Peak. With nearly 10 years of competition on America’s Mountain in almost every motorcycle division, Codie holds the record in the 250cc class (set in 2013).

The motorcycle division was discontinued after the 2019 race.

Codie is among 16 rookie drivers in this year’s race.

Codie is the third member of his family to race in the Hill Climb. His grandfather, Leonard — a Hill Climb hall of famer — first competed in the event in 1977. By the time he retired as a driver in 2008, Leonard won a record 18 class championships.

Cascade’s Kevin Murdock will be competing in the Pikes Peak Open division in his 1991 Chevrolet Southwest Series IROC Camaro.

The Hill Climb was first staged in 1916 by founder Spencer Penrose to help promote his Pikes Peak Highway. The Hill Climb is he second oldest auto race in America behind the Indianapolis 500 (1911).

The Hill Climb is an invitation-only event and is often referred to as The Race to the Clouds. The famous 12.42-mile course — through there is some dispute over the length — consists of 156 perilous turns and has an elevation gain of 4,725 feet. Competitors reach the finish line at 14,115 feet.

Codie Vahsholtz has enjoyed a successful career as a motorcycle racer. His resume includes three championships and three class records in the …