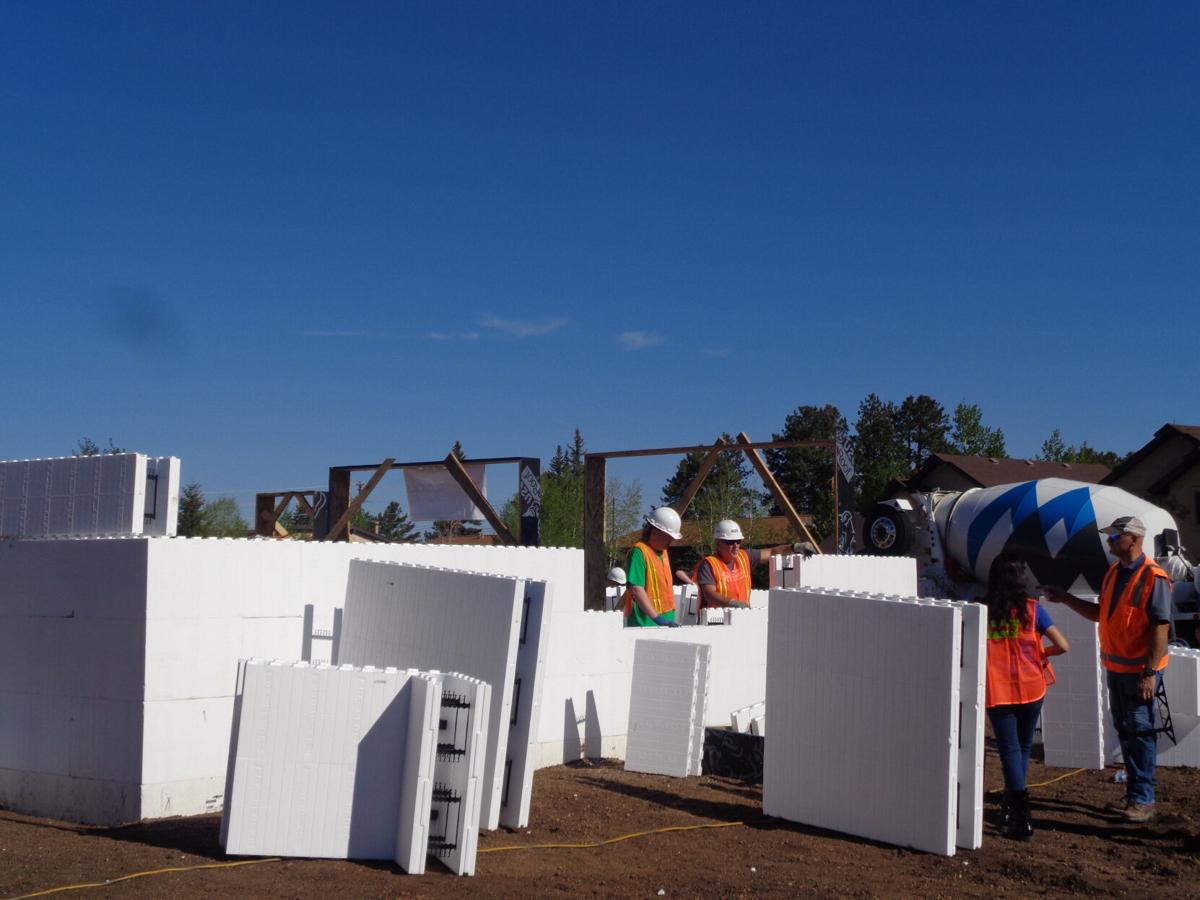 A scene from the morning of June 7 at Trailhead Townhomes in Woodland Park when 30 volunteers set out to build an entire floor of a home in one day. 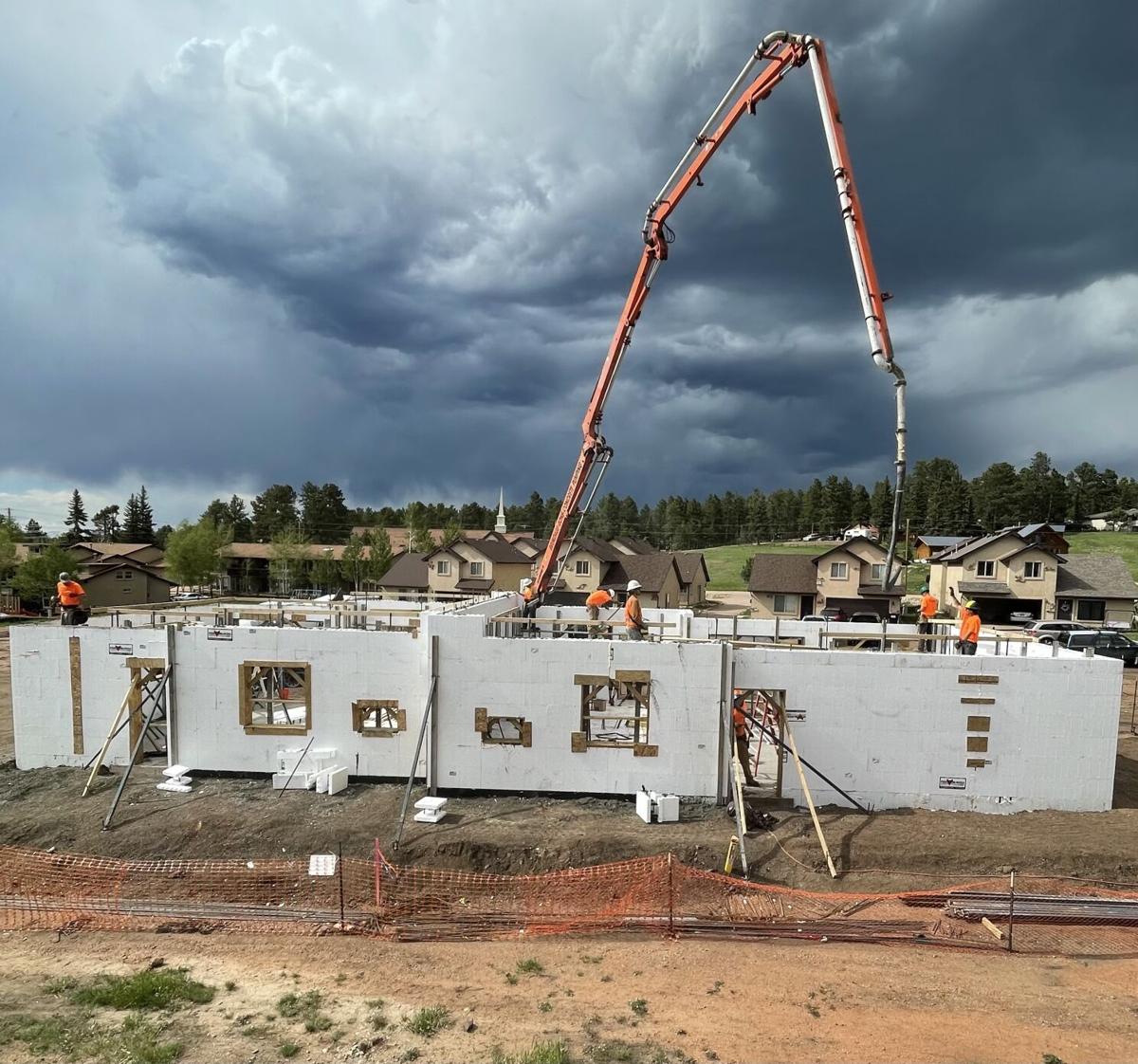 Done! In one day, volunteers completed the floor of a townhome with insulated concrete Fox Blocks. 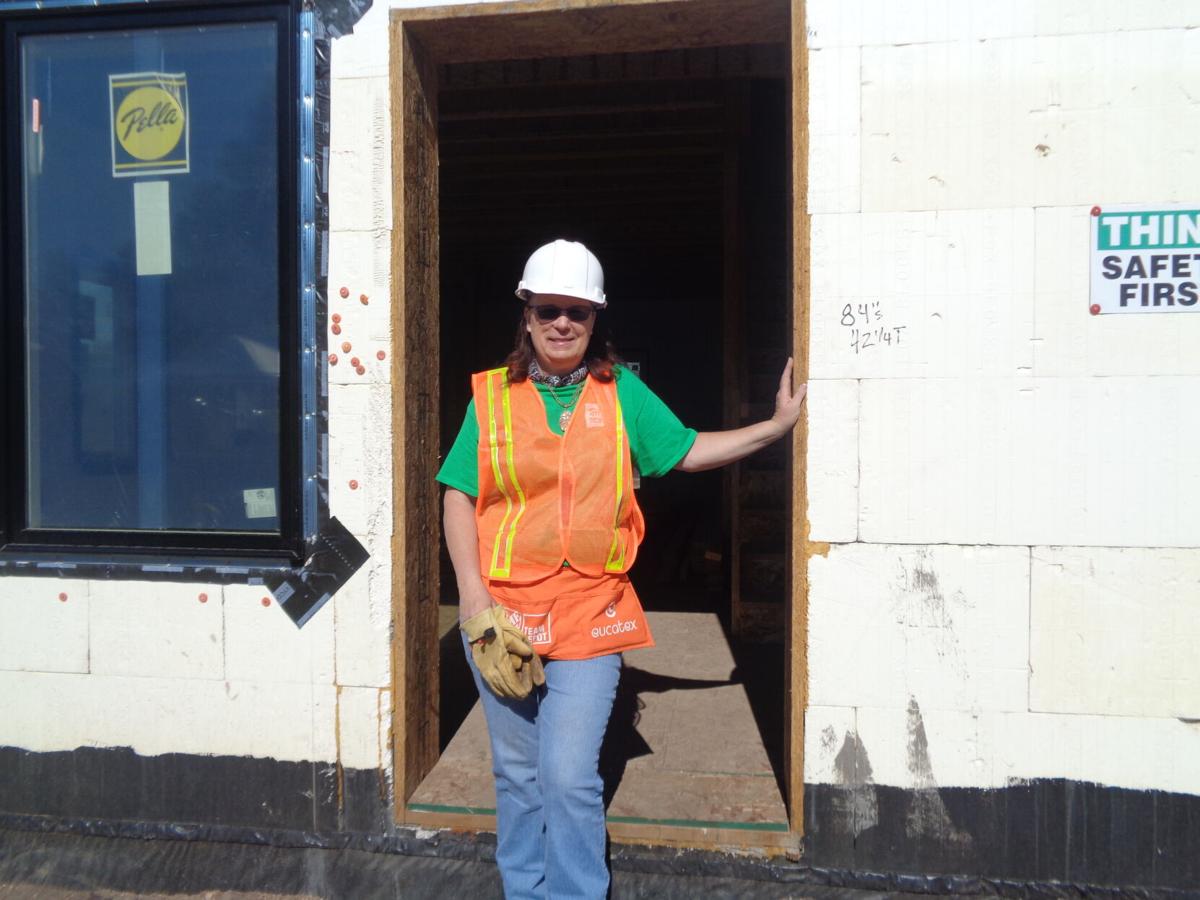 Sheryl Hrncir of Woodland Park smiles after giving a tour of her new home at Trailhead Townhomes, an 18-unit project of Teller County Habitat for Humanity.

A scene from the morning of June 7 at Trailhead Townhomes in Woodland Park when 30 volunteers set out to build an entire floor of a home in one day.

Done! In one day, volunteers completed the floor of a townhome with insulated concrete Fox Blocks.

Sheryl Hrncir of Woodland Park smiles after giving a tour of her new home at Trailhead Townhomes, an 18-unit project of Teller County Habitat for Humanity.

WOODLAND PARK • A Builder Blitz event at Trailhead Townhomes last week looked like a giant game of Legos. But in this case, the Lego-like pieces are insulated concrete forms that thrust the townhomes into the 21st-century.

Energy efficient, solar-heated and fire-retardant, ICF Fox Blocks fit together like a puzzle.

Homes built with the fire-resistent blocks, which are filled with concrete, pass muster with insurance companies which offer reduced rates for homeowners’ policies. In Teller County, where wildfire season has begun, that benefit is a big deal.

“We decided to build with concrete in 2019 before lumber costs became an issue. But when it became part of the Build With Strength partnership, it became an even bigger deal,” said Habitat Executive Director Keith Meier in a news release.

“This area has been prone to wildfires in the past and these homes will ultimately be safer in the face of that threat. Not to mention, they will be extremely energy efficient for the homeowners.”

Nineteen years ago this month, the Hayman Fire raged through Douglas, Jefferson, Park and Teller counties, destroying 139,000 acres and 133 homes.

The 18-townhome project, developed by Teller County Habitat for Humanity, consists of homes that are loaded with concrete — in the roof tiles, walls, countertops and floors, which are radiant-heated.

And the blitz on June 7 was just that, as 30 trained volunteers constructed an entire floor of a townhome in one day. “We want people to see how easy these blocks are to use,” said Rick Iwamoto, a board member/volunteer for Teller County Habitat.

The volunteers, known as Build with Strength, are part of a trained coalition of architects, builders, engineers, emergency services personnel, policymakers and others committed to solving challenging housing issues. They are backed by the National Ready Mixed Concrete Association, which sponsored the event along with the Colorado Ready Mix Association and Teller County Habitat for Humanity.

The Concrete for the homes was donated by Action Ready Mix, Martin Marietta, and Transit Mix Concrete Company & Holcim Cement.

The event and the entire project have been emotional for the two new homeowners, Connie Martin and Sheryl Hrncir. “This is epic for me, life-changing,” said Hrncir, who will be moving into a two-bedroom townhome.

Eager to show off her new home, Hrncir was especially thrilled with the view of Pikes Peak from her bedroom window. The home, on two levels, will have radiant-floor heating and custom-designed concrete countertops.

Hrncir is a 20-year employee of Safeway in Woodland Park, where she is a cashier. “I’m just so excited — and nervous,” she said.

Martin, another prospective homeowner, was teary-eyed while she spoke about her new townhome. “I never thought we’d be able to own a home again,” she said.

Martin and her husband, Matthew, are 30-year residents of Woodland Park and once owned a home in the Ridgeway subdivision. The couple and their 17-year-old son, also named Matthew, are moving into a three-bedroom, two-car garage townhome.

“This is huge for us,” said Martin, who works in the administration office of the Teller County Department of Human Services.

Hrncir and the Martins meet the qualifications to be Habitat homeowners. Each has good credit and is willing to contribute “sweat equity” to help build their homes — 300 hours for Hrncir and 400 for the Martin family. Each has an annual salary range in the mid-$40,000s to the mid-$60,000s.

The townhomes, at 700 Valley View Drive, fulfill the organization’s goal of building neighborhoods and establishing a sense of community. Construction will continue through the summer.