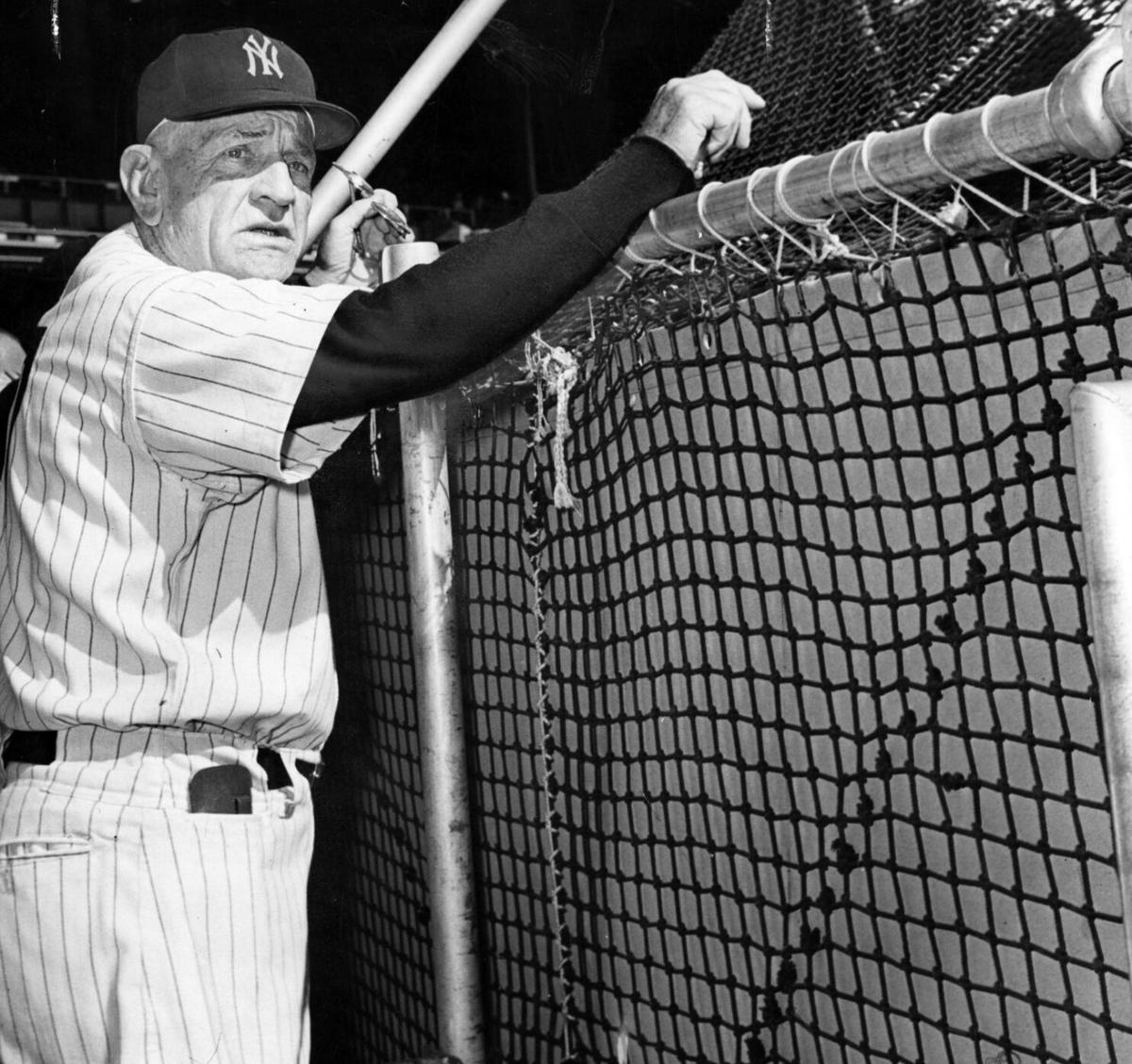 Courtesy of Baseball Hall of Fame

Baseball Hall of Fame manager Casey Stengel spent a week in Colorado Springs in December 1957 when the Baseball Winter Meetings were held in the city. 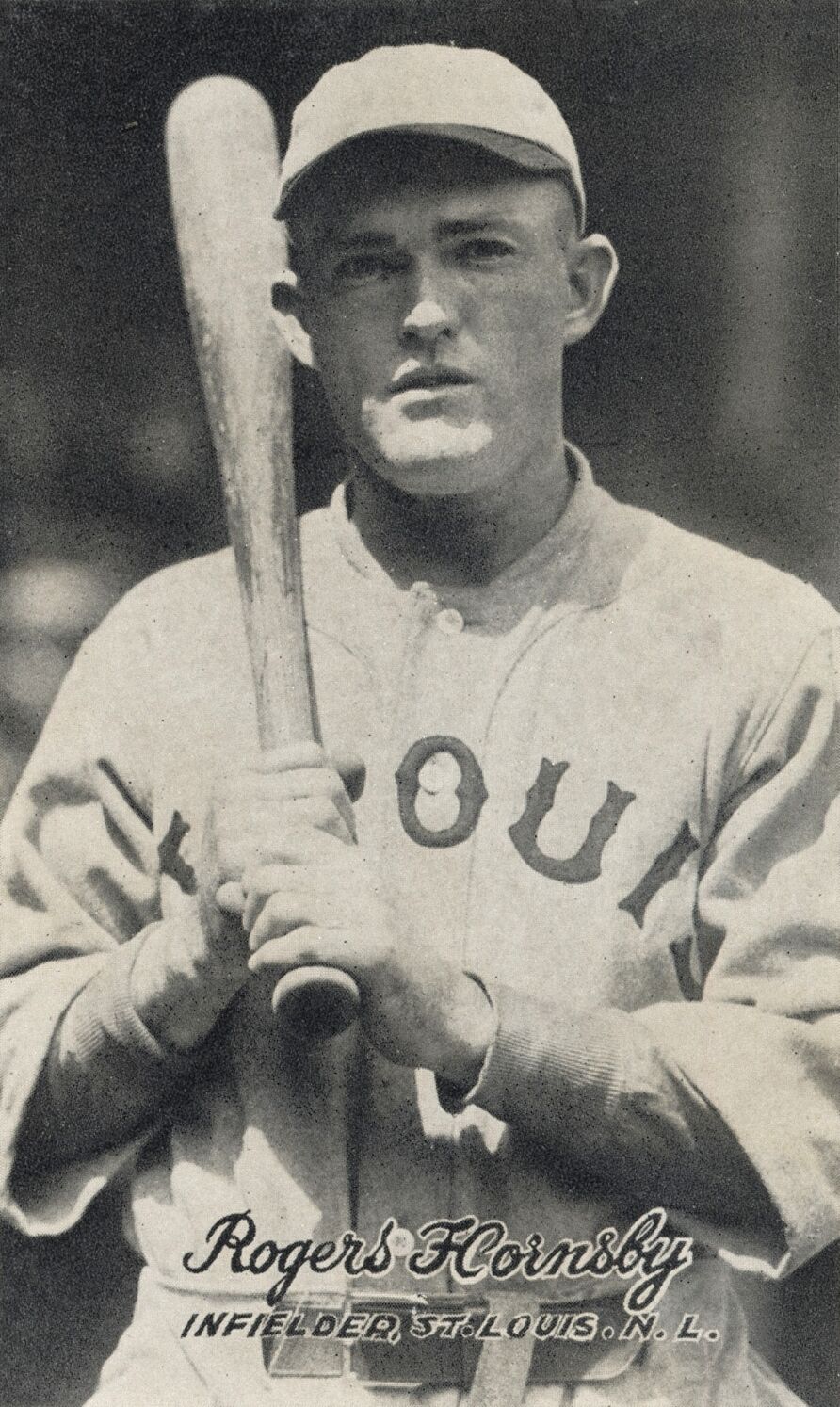 Baseball Hall of Famer Rogers Hornsby was in Colorado Springs in December 1957 for the Baseball Winter Meetings.

Courtesy of Baseball Hall of Fame

Baseball Hall of Fame manager Casey Stengel spent a week in Colorado Springs in December 1957 when the Baseball Winter Meetings were held in the city.

Baseball Hall of Famer Rogers Hornsby was in Colorado Springs in December 1957 for the Baseball Winter Meetings.

With the ending of October so comes the conclusion of the best sports month of the year. All four North American team sports were playing at the same time, as well as major college football. Great stuff!

I always get a little sad at the end of the baseball season. Granted, this was an odd one, for sure, but we got to enjoy another Fall Classic. Hard to believe the World Series has been going on since 1903.

For hardcore baseball fans, now begins the time of our “Hot Stove League.” Leading up to the Winter Meetings, we sit around and discuss all the ways we believe our teams can be improved with trades and free agent signings.

That brings me to the Winter Meetings and the time they were held in Colorado Springs. The year was 1957 and Colorado Springs was a city of about 70,000. One of our most famous residents, Ford Frick, was Major League Baseball’s commissioner and he helped sway the 16 owners (eight each in the American and National leagues) to come to the Pikes Peak region from Dec. 2-8 for the most important week of the offseason.

There’s usually a backstory to most things and this is part of the one we know about how the 1957 Winter Meetings wound up here. FYI, Jacksonville was the host city for the 1956 meetings, and Washington, D.C. hosted the 1958 event.

In 1957, the Colorado Springs Sky Sox were the Single-A Western League affiliate of the Chicago White Sox. Lew Matlin was the team’s general manager and was well-respected in baseball circles. Matlin was a mover and shaker and lobbied for the Winter Meetings to come to town as early as 1955.

Matlin was well aware that Frick owned a home in the Broadmoor area and was a former Gazette Telegraph sportswriter. In 2014, Matlin told former Gazette columnist Bill Vogrin that, as part of his efforts to land the Winter Meetings in the city he got “… the Chamber of Commerce to print brochures and things.” Matlin also told Vogrin that “… we received help from the city like getting free use of the City Auditorium for the big banquet. But we ran that convention on a shoestring.”

Matlin also dangled The Broadmoor Hotel as a selling point to house the elite of the elite while they were in town. Matlin worked hard to make sure that Colorado Springs would be the Oz at the end of the Yellow Brick Road.

The 16 major league club owners and their support staff met at The Broadmoor. The 28 minor leagues were housed at the Antlers downtown.

Vogrin, with assistance from local baseball history buff David Raith, executive director of U.S. Figure Skating, learned that about “… 2,000 attendees filled about every available room at The Broadmoor hotel, the Antlers and assorted other hotels including the Alamo, Acacia, Arrow and Mayfair.”

The Winter Meetings also brought in the association of 80 umpires who officiated games, as well as the official scorers. Another 200 or so baseball writers from the nation’s newspapers, wire services and magazines, as well as radio and television broadcasters, made their way to town.

Many of baseball’s star players and managers came to town for the meetings. The list, Vogrin wrote, included hall of famers and future hall of famers such as Rogers Hornsby, George Sisler, Carl Feller, Stan Musial, Bob Feller, Casey Stengel and Walter Alston.

If you’ve ever attended the Winter Meetings, you know that it is a whirlwind of trade rumors, free agent signings and the business of baseball. The main topic at the 1957 event was the news that Brooklyn Dodgers and New York Giants were moving west to California for the 1958 season. New Yorkers were not happy.

The moves had a trickle-down effect as three Pacific Coast League teams — the Hollywood Stars, Los Angeles Angels and San Francisco Seals — were booted from their digs and forced to find new homes. The Angels reemerged as an American League expansion team for the 1961 season, but with completely different ownership and players.

The odds of the Winter Meetings ever returning to Colorado Springs are slim and none. Dallas is the host this December. Nashville and San Diego will get the 2021 and 2022 events, respectively.