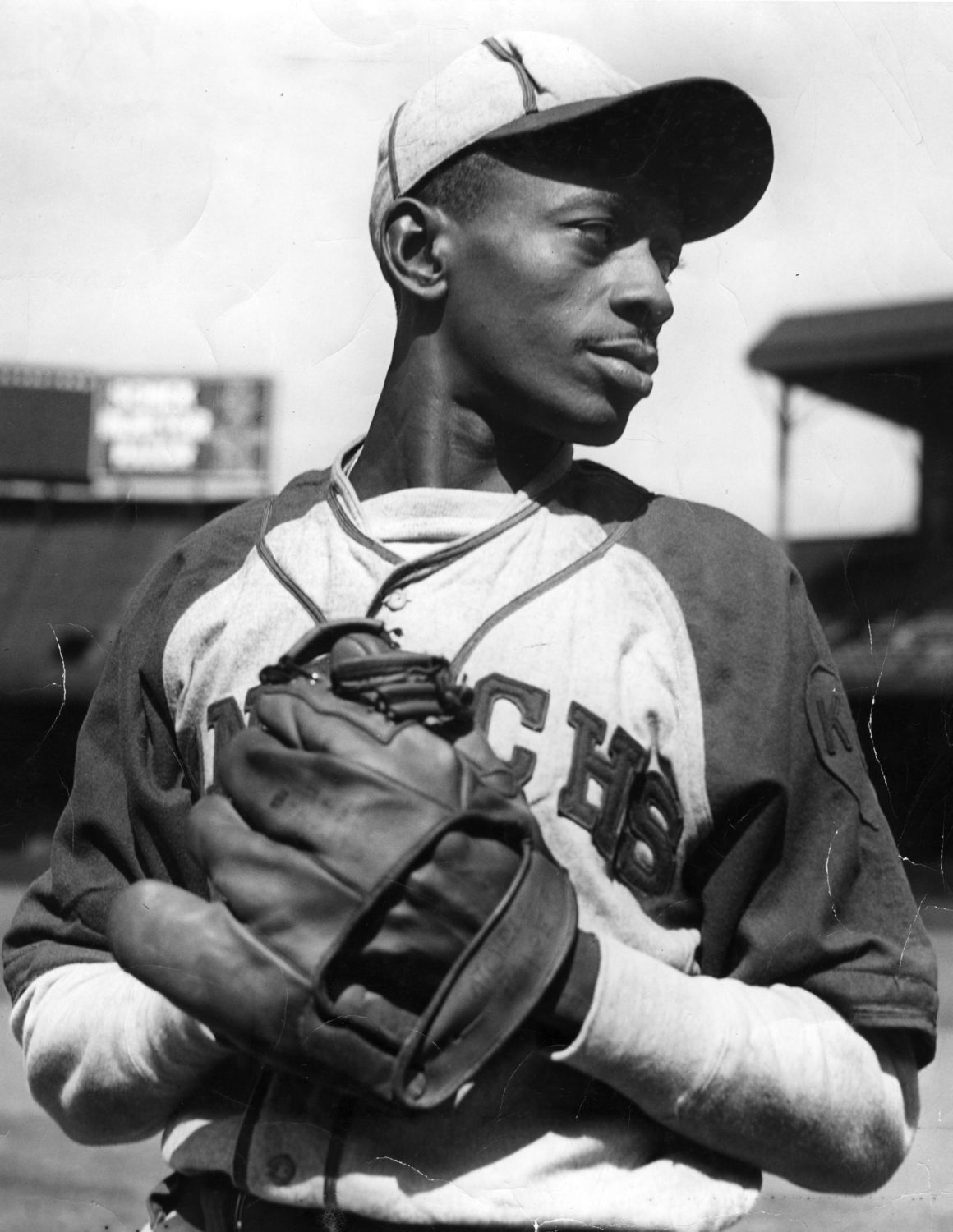 Baseball legend Satchel Paige pitched professionally in parts of five decades. He was said to have visited Colorado Springs on at least one occasion. 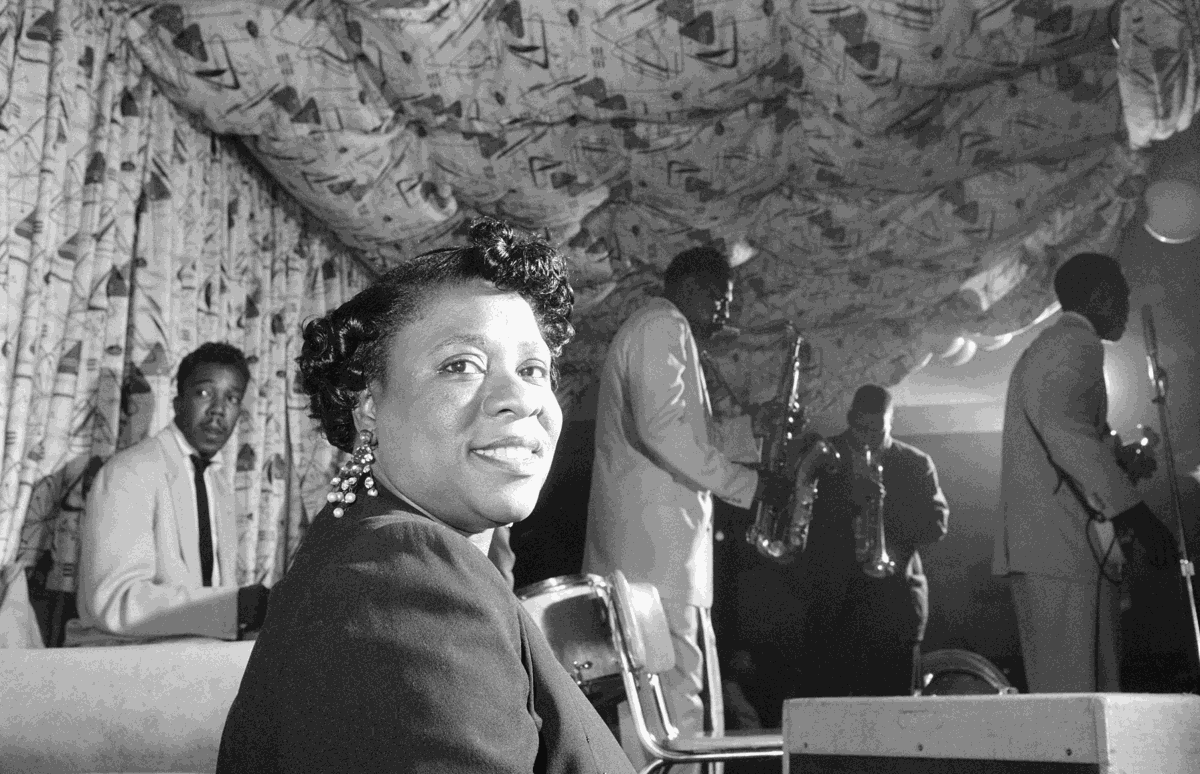 Fannie Mae Duncan was owner of the famed Cotton Club in Colorado Springs. In her memoirs she describes Satchel Paige as being a guest at her establishment and making romantic advances toward her.

Baseball legend Satchel Paige pitched professionally in parts of five decades. He was said to have visited Colorado Springs on at least one occasion.

Fannie Mae Duncan was owner of the famed Cotton Club in Colorado Springs. In her memoirs she describes Satchel Paige as being a guest at her establishment and making romantic advances toward her.

I love the six degrees of separation theory that all people are six, or fewer, social connections away from each other. Using this rule, I can link myself to folks such as Babe Ruth, Gen. Douglas MacArthur, “Wild Bill” Hickock and Satchel Paige. For this column I will focus on Paige and the link he has to Colorado Springs.

Paige, as many of you know, is regarded as one of the most colorful characters in baseball history, particularly in the Negro Leagues where he was a star in the 1920s, ‘30s and ‘40s.

My favorite athlete of all-time is Nolan Ryan. I interviewed Ryan in 1990 when he was pitching for the Texas Rangers. Ryan was also a member of the 1969 “Miracle Mets,” who were managed by Gil Hodges. Hodges played for the Brooklyn Dodgers and was a long-time teammate of Jackie Robinson. Before breaking Baseball’s color barrier, Robinson played one season in the Negro Leagues in 1945 for the Kansas City Monarchs. Paige was one of his teammates.

Last month, former Gazette sportswriter Thomas Harding wrote a piece for MLB.com — Thomas covers the Colorado Rockies for MLB.com now — on Paige and his Denver appearances when he was barnstorming back in his heyday. Thomas wrote that Paige’s first appearance in Denver came in 1934 and his last was 1937.

Paige might have made his first visit to Colorado Springs in the 1930s, although there is no record of him playing any games here. In any event, Paige was in the Springs sometime between 1948 and 1975. How do we know this? Because Fannie Mae Duncan, founder and owner of the famed Cotton Club (located near where the Pikes Peak Center is today) boasted about it to friends and in her memoirs.

Duncan hired a multitude of great entertainers from back in the day to play her club. The list includes Nat King Cole, Duke Ellington, Sammy Davis Jr. and Fats Domino. Paige was among the Cotton Club’s many famous guests. Duncan gave an account of Paige’s romantic advances toward her in her memoirs, which were published a few years ago after her death.

Paige was 42 when he made his major league debut on July 9, 1948, for the Cleveland Indians. He was the first black pitcher in American League history and the seventh black big leaguer overall.

Paige used his famous hesitation pitch to great effectiveness that first year with the Indians. In three months with the club, he pitched in 21 games (7 starts) sporting a 6-1 record with a 2.48 ERA. He appeared in one World Series game that season, throwing two-thirds of an inning. Cleveland defeated the Boston Braves in six games.

Paige’s exact age was always up for debate. When asked about his age, he would reply “If someone asked you how old you were and you didn't know your age, how old would you think you were?”

Paige was a coach with the Kansas City Athletics in 1965. That season, at the age of 59 — and 12 years removed from his last major league game — Athletics owner Charlie Finley signed Paige to a player’s contract and publicized that he would pitch in a regular-season game.

The night of Sept. 25, he started in Kansas City against the Boston Red Sox and threw the first three innings. He allowed one hit and no runs while striking out one and yielding no walks. He batted ninth in the order and struck out in his only plate appearance.

Three years later, Paige reached out to all 20 major league teams at the time to see if anyone would sign him to a player’s contract. Nobody responded. At 62 (or therabouts), he was considered too old.

But on Aug. 11, 1968, the Atlanta Braves signed him as an assistant trainer and pitching coach.

At a press conference announcing the signing, Paige said, “I don’t know what I can do now. If cold weather comes, I’m dead. My blood’s not as thick as it used to be. If it’s hot, I’ll be alright.”

Paige never took the mound in an official regular game for the Braves, but in the spring of 1969 he did pitch in a few exhibition games, one for Triple-A Richmond against the Braves. He got Hank Aaron to line out to third base.

Aaron told the Academy of Achievement’s website in 2013, “At that time — and I’m not exaggerating — Satchel could still throw the ball very, very well.”

Paige died in 1982. His star is still brighter than ever.