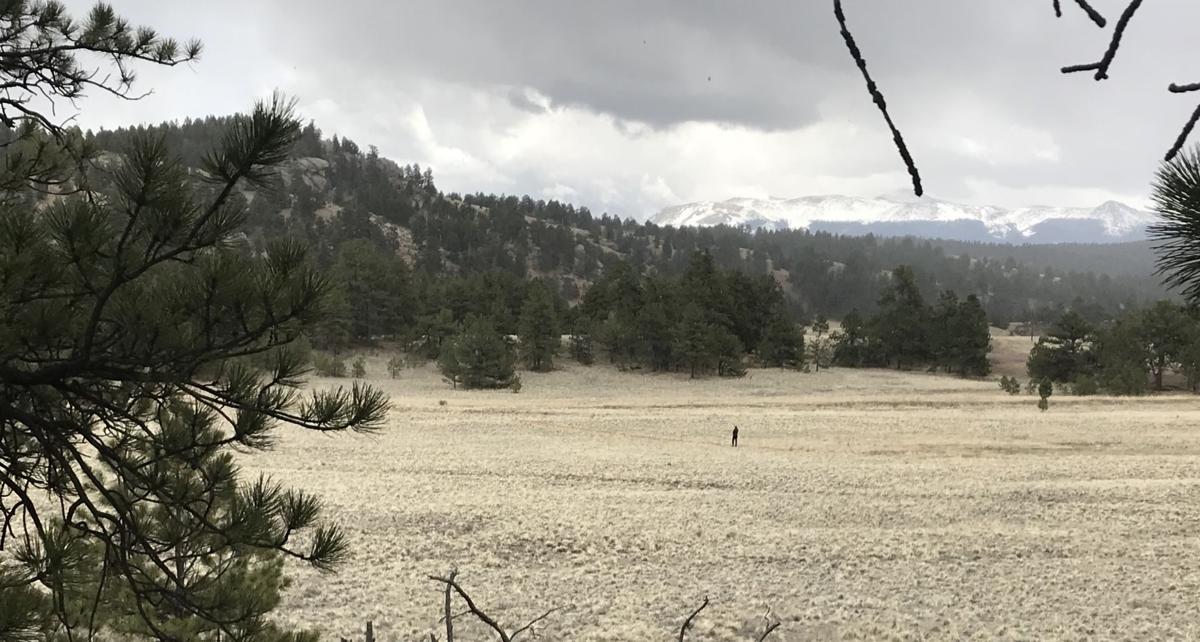 A hiker roams a meadow along the Petrified Forest loop trail at Florissant Fossil Beds National Monument in April 2019, Pikes Peak looming in the distance. 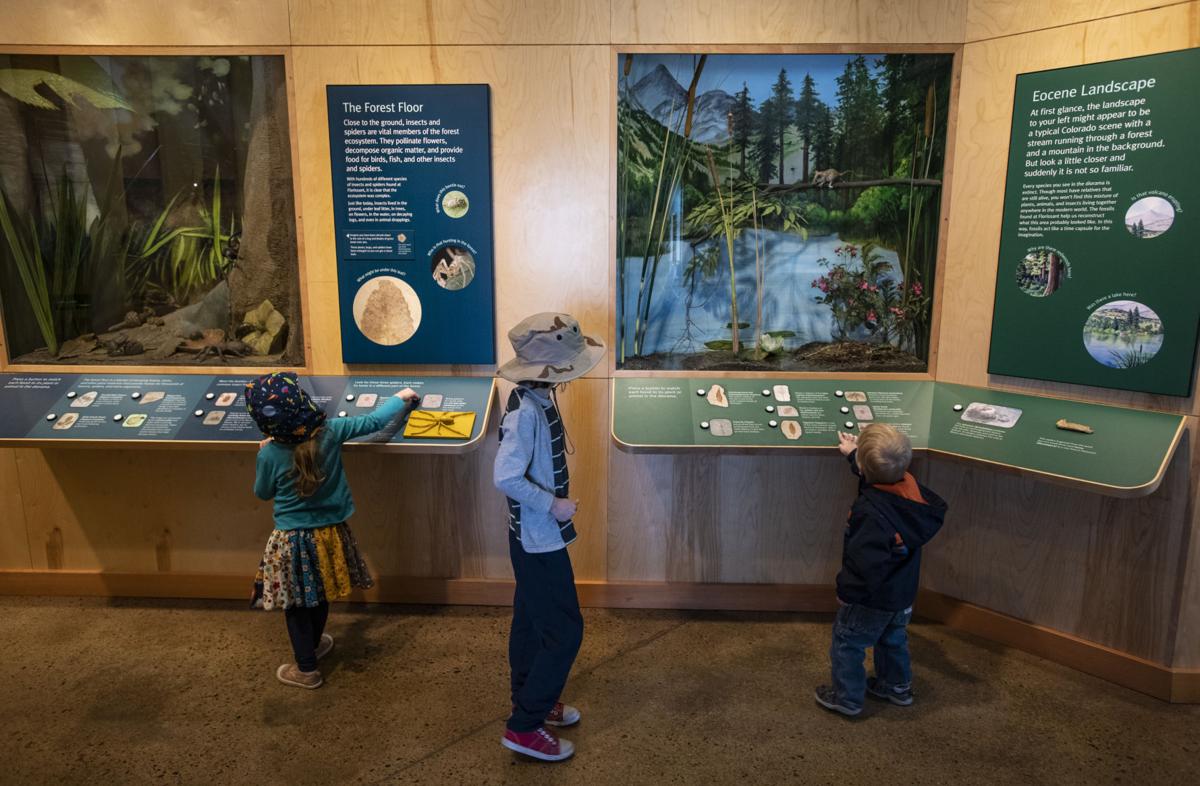 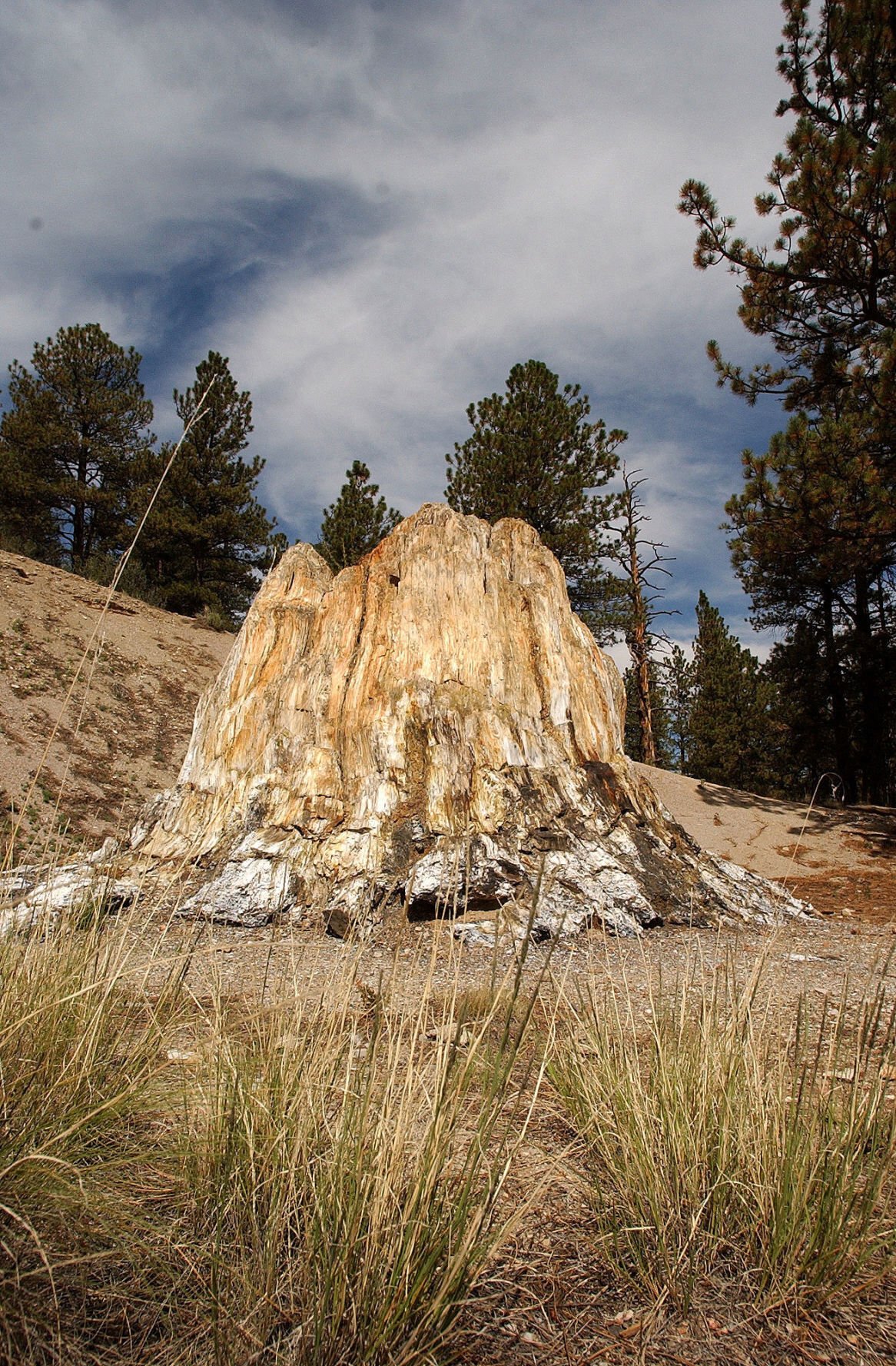 The “Big Stump” is the largest petrified redwood stump found in the Florissant Fossil Beds. It measures 12 feet tall, 38 feet around and is all that remains of a tree that may have been over 230 feet tall and 750 years old when a mudflow buried its base. 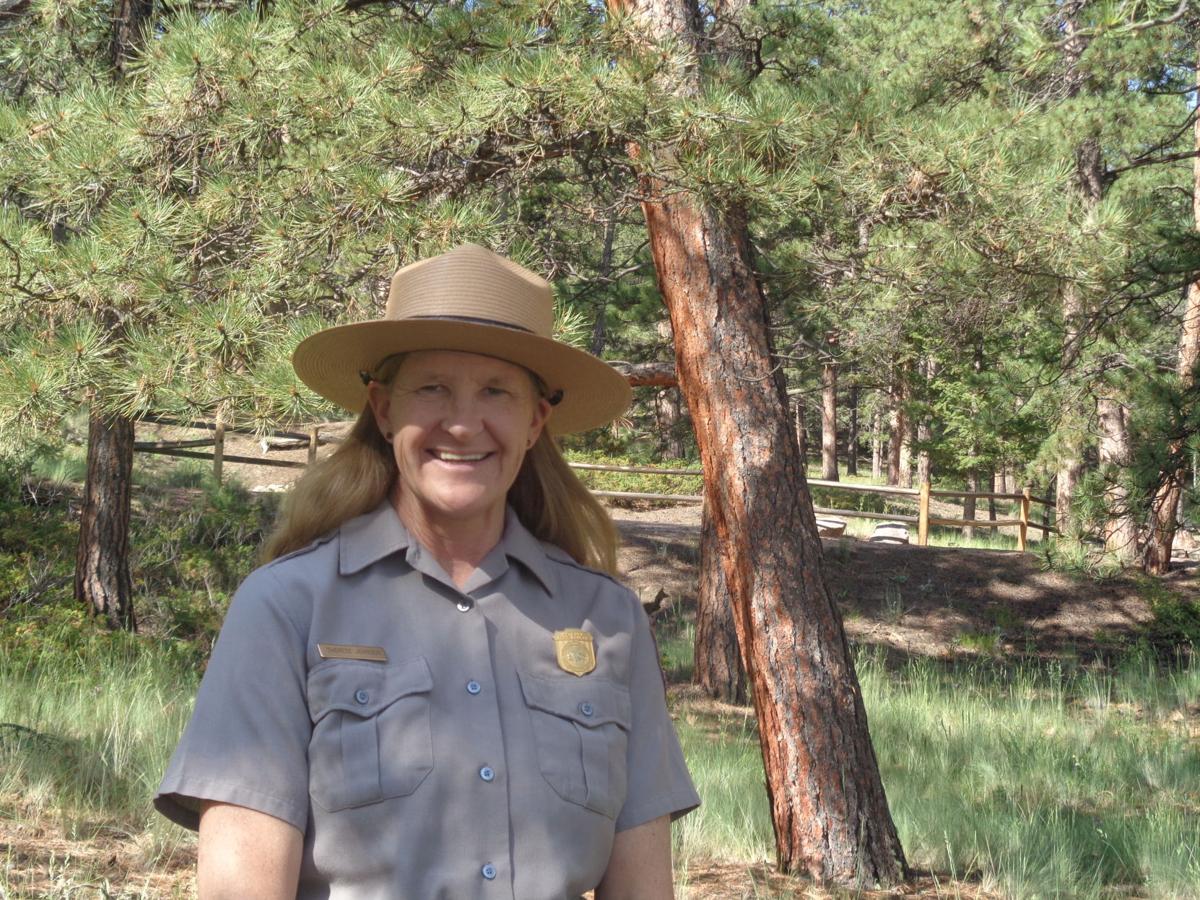 A hiker roams a meadow along the Petrified Forest loop trail at Florissant Fossil Beds National Monument in April 2019, Pikes Peak looming in the distance.

The “Big Stump” is the largest petrified redwood stump found in the Florissant Fossil Beds. It measures 12 feet tall, 38 feet around and is all that remains of a tree that may have been over 230 feet tall and 750 years old when a mudflow buried its base.

FLORISSANT • It took an act of Congress for the Florissant Fossil Beds National Monument to accept a donation of 280 acres of land on the western edge of the park.

“The legislation that created the monument had a cap at the current acreage,” said Therese Johnson, superintendent of the national monument.

Congress approved the legislation in 1969 and President Richard Nixon signed the bill in August of that year.

Fifty-two years later, the park’s acceptance of the recent donation was made possible by the John D. Dingell, Jr. Conservation, Management, and Recreation Act, which Congress passed in 2019. The law included authorization to increase the size of the monument’s acreage to 6,272 acres from 5,992 acres, plus another 20 acres.

In a time of severe drought and warm temperatures, the donation will provide further protection from the threat of a catastrophic fire. While mitigation projects have protected the eastern side of the park, the west side remained vulnerable, due to the lack of access to the 280 acres included in the donation.

“With this acquisition, the access to doing fire mitigation is going to be much easier,” Johnson said.

An upcoming mitigation project will include reducing fuels by removing ponderosa pines. “Currently, that’s done by cutting,” she said.

The monument is part of the regional effort by the Teller County Wildfire Council. “Our fire management officer works out of Rocky Mountain National Park and covers several different parks, along with the Hot Shot crew,” Johnson said. “They come down when they’re able. It’s their job to oversee fuels management in the parks.”

For now, the land is reserved for mitigation purposes only. “We don’t have any plans to put in trails but, of course, people are welcome to walk wherever they want within the monument,” Johnson said.

The donor of the 280 acres remains anonymous. “The former landowner was conservation-minded citizen and wanted the park to have it. Once the legislation went through, we were able to accept the donation,” Johnson said. “For us, it’s a great step forward to being able to protect that west side.”

The fossil beds hold underground treasures, the presence of which helped to strengthen the argument in the 1969 lawsuit brought against developers who were at that time close to destroying the fossils to build houses. The lead attorney in the lawsuit, Victor Yannacone Jr., argued that fossils, like water, have public value, said the monument’s paleontologist, Herb Meyer, Ph.D., in a 2019 Courier article celebrating the monument’s 50th anniversary.

“The layers of rock beneath this valley contain one of the richest fossil deposits in the world,” states the Florissant Fossil Beds website. “They hold clues of unexpected environments and life that existed here during a time called the late Eocene

As well, the monument is an economic energizer. “The monument provides $4.5 million in spending every year and 65 local jobs supported by geo-heritage,” Meyer said in 2019.

Florissant Fossil Beds National Monument is currently open, but with COVID-related restrictions. In view of Teller County’s Orange status on the state’s coronavirus dial, visitors may enter the monument through the front door of the center, use the restrooms and pay the appropriate fees.

“The theatre and museum exhibits are all closed, as they have been since last spring,” Johnson said.

The bookstore in the visitor center, which is managed by the nonprofit Rocky Mountain Conservancy, is open but also with restrictions. While visitors may look at the items, the attendant will retrieve the desired item for purchase.

Visitors are invited to hike the park’s 15 miles of nature trails and view 34 million years-old insect and plant fossils, along with the petrified Big Stump.

“The staff really came together to figure out how we are going to make this work, follow guidelines, be safe and provide as many services as possible,” Johnson said.