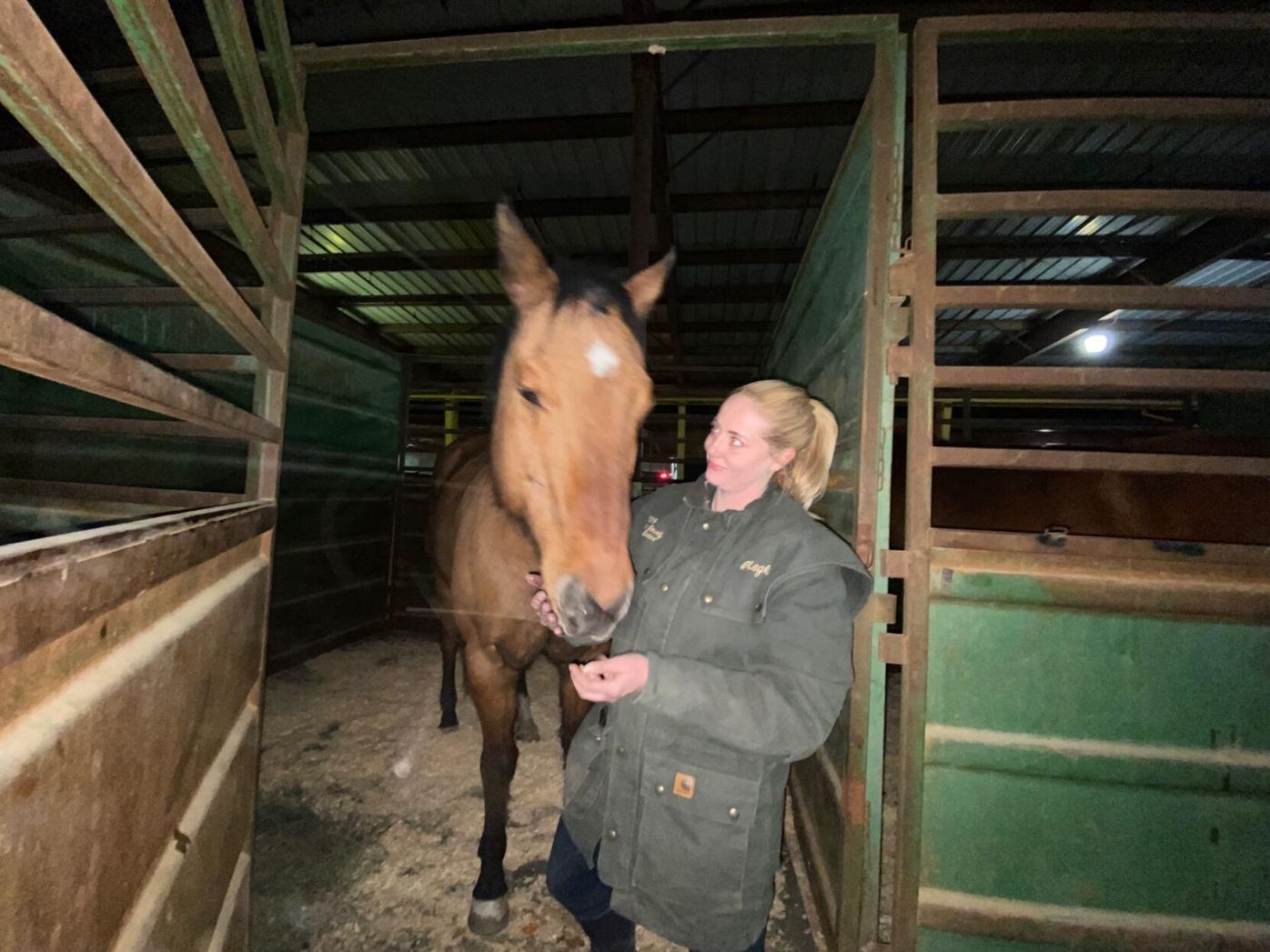 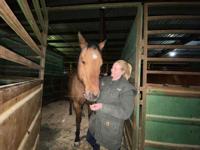 Meghan Rickel saved 10 of her neighbors’ horses before she finally got to her own house where her horse, Caeser, was waiting for her.

Fire destroyed all of the homes in Rickel’s neighborhood. This is a photo she took as she and Boulder Mounted Search and Rescue drove through hauling frightened horses into trailers. 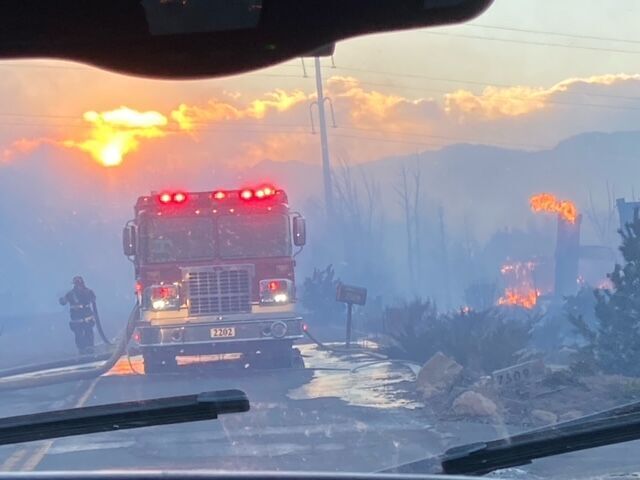 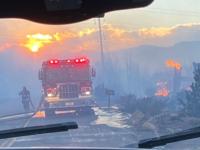 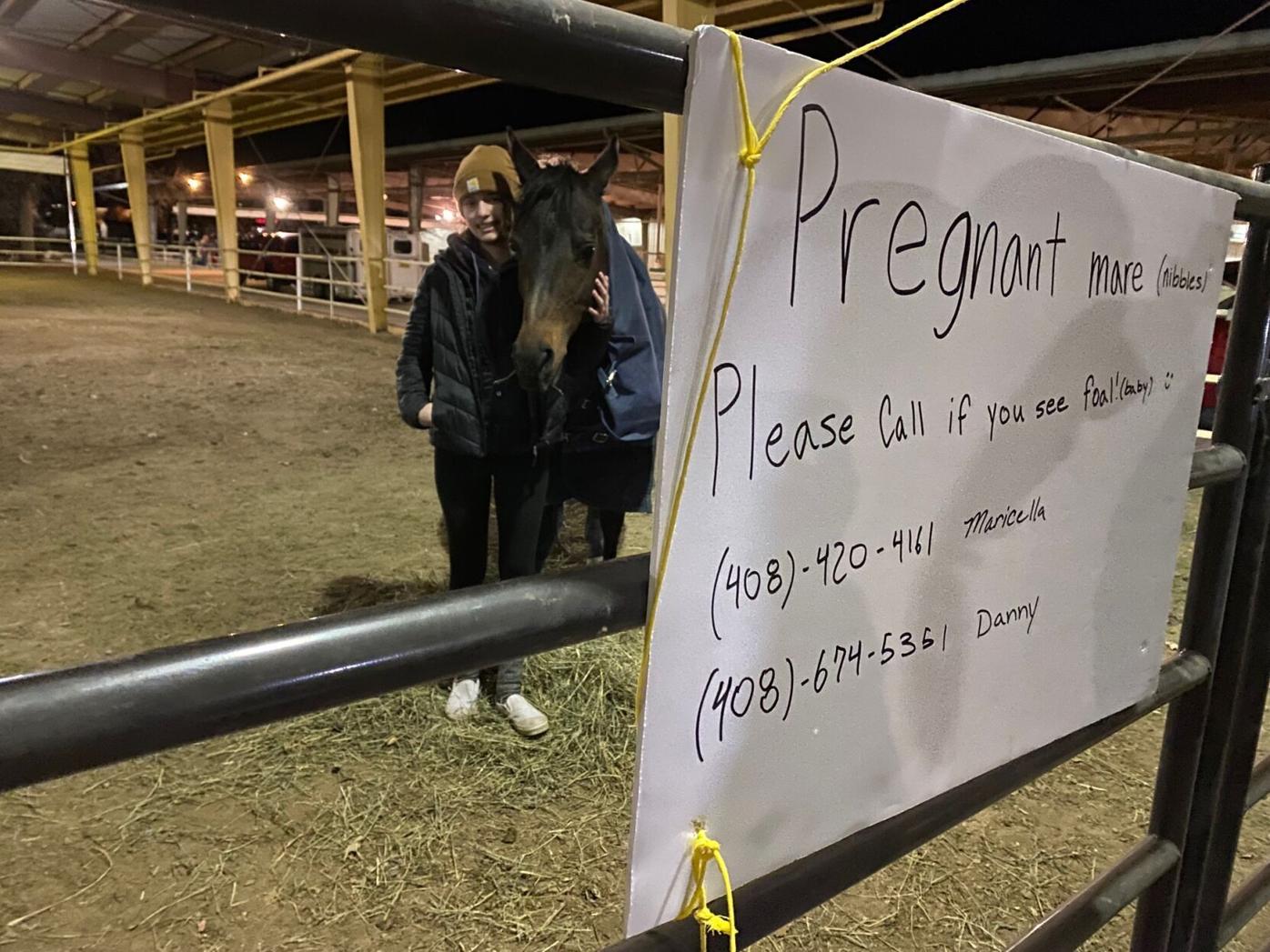 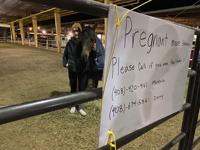 A sign asks people to be on the lookout for a foal in case Nibbles’ gives birth while she’s in her temporary quarters at Boulder County Fairgrounds. 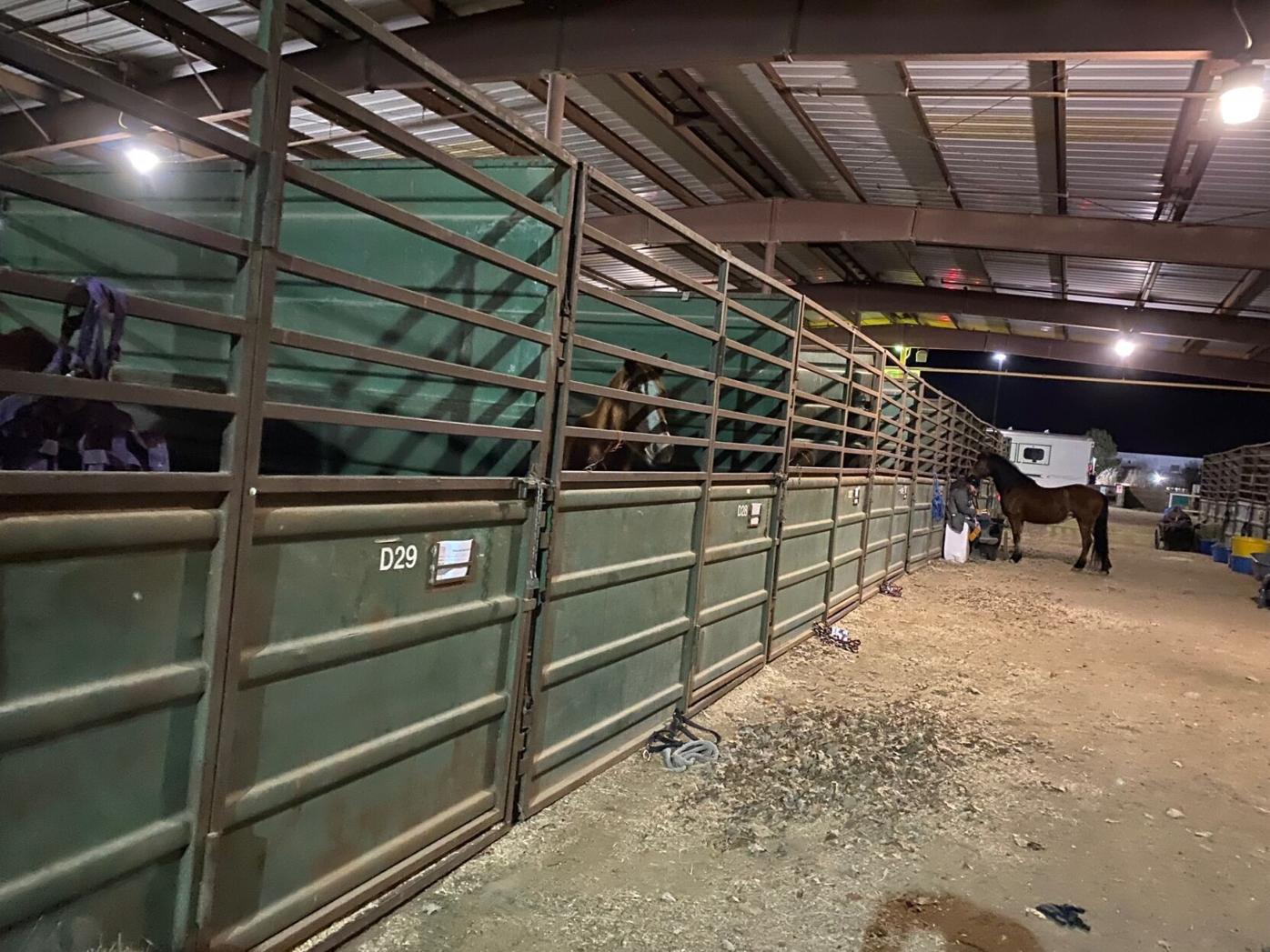 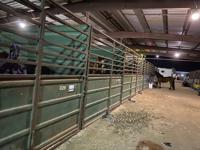 Boulder County Fairgrounds started taking animals at noon and by dinner time, animal rescue people were turning trailers around and sending them to Larimer and Jefferson counties.

As homes burned around her last week, Meghan Rickel threw on her rubber boots and her Carhart Boulder Rodeo Queen jacket and got to work, pulling neighborhood horses from their flaming stomping grounds into waiting trailers.

With the help of Boulder’s Mounted Search and Rescue Team, she saved 10 horses before she got to the end of the road in Spanish Hills South, where her own family’s barn was engulfed by a fire so hot it melted the metal fence around it.

What she saw waiting for her brought a sob to her throat.

Her own two horses, Caesar and Breezy, were staring in the kitchen window wondering where she was.

“We had to navigate through the fire to get to them,” said Rickel, who rode Caesar during her rodeo career. She said it just happened that her trailer was hitched to her truck, saving precious seconds.

“We had someone looking out for us for sure,” she said.

On the night of Dec. 30, all 12 horses were safe and kicking their stalls out of nervousness as Rickel, her sister, Alli, and her mom, Gina, fed them hay at the Boulder County Fairgrounds, which had been set up as a shelter for wayward large animals.

Around the corner in an open stall stood Nibbles, a pregnant mare who had been expected to give birth Dec. 26.

Her owner, Alexis Gallego, had just brought her in from the Boulder Equestrian Center.

“The fire was really close and I was so scared,” Gallego said.

In case Nibbles gives birth tonight, Gallego’s parents were putting up a homemade sign asking people to keep their eye out for a newborn foal in the dusty ground of the arena.

The Boulder County Fairgrounds started taking horses and llamas at noon on Dec. 30 and were turning trailers toward Larimer County by dinner time.

“We have 100 animals, and that’s our limit,” said Animal Control Officer Blakeley Brownd. “It’s very hectic for sure. They sense the stress around them.”

Behind her, half a dozen trailers large and small were making U-turns and heading north. The sound of screaming horses filled the air.

Along a line of stalls, each one with a single horse, Meghan Rickel’s hands were dark grey with soot as she stroked Caesar’s neck.

“As we drove away, I saw that the fire was only 45 feet from our house,“ she said. She told the Denver Gazette that her parents built the home on land where their four kids grew up.

“I’m pretty sure it’s not there anymore,” she said with clear eyes behind a mask. “When I told my dad, he said I brought out everything that matters.”