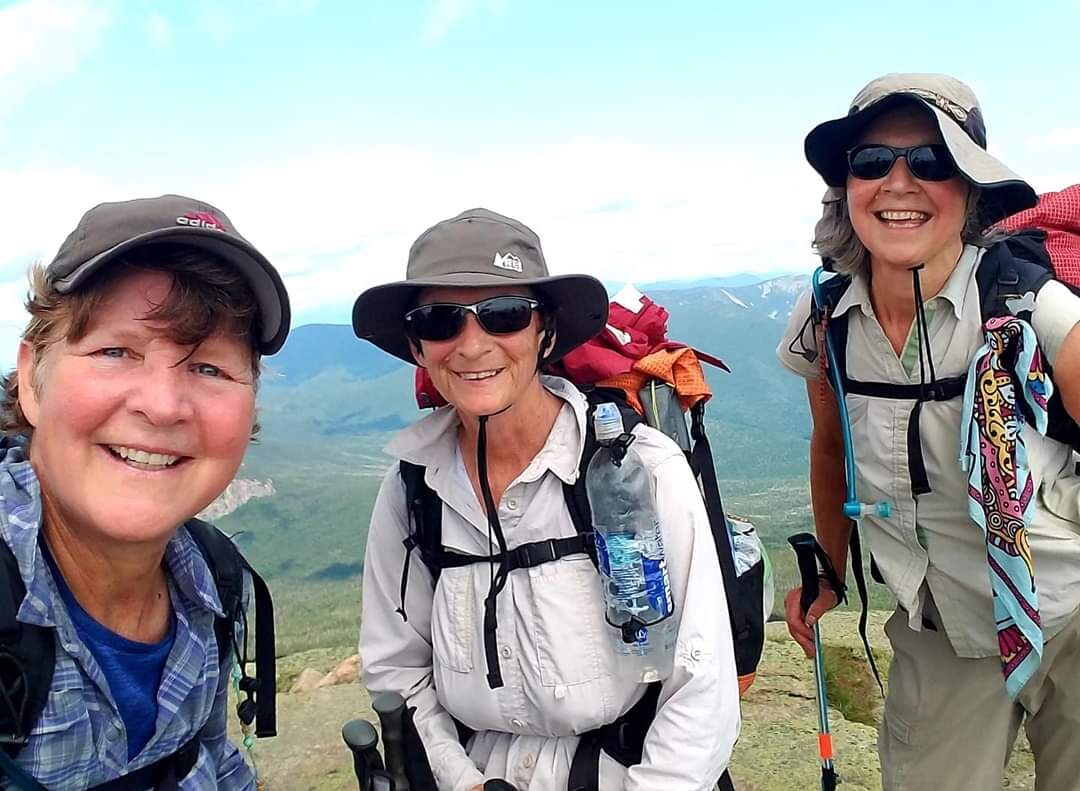 Kristy Burns, Lynn Edmiston and Annette Demel are the Wander Women. The former Colorado Springs residents have their own YouTube channel where they document their many adventures. 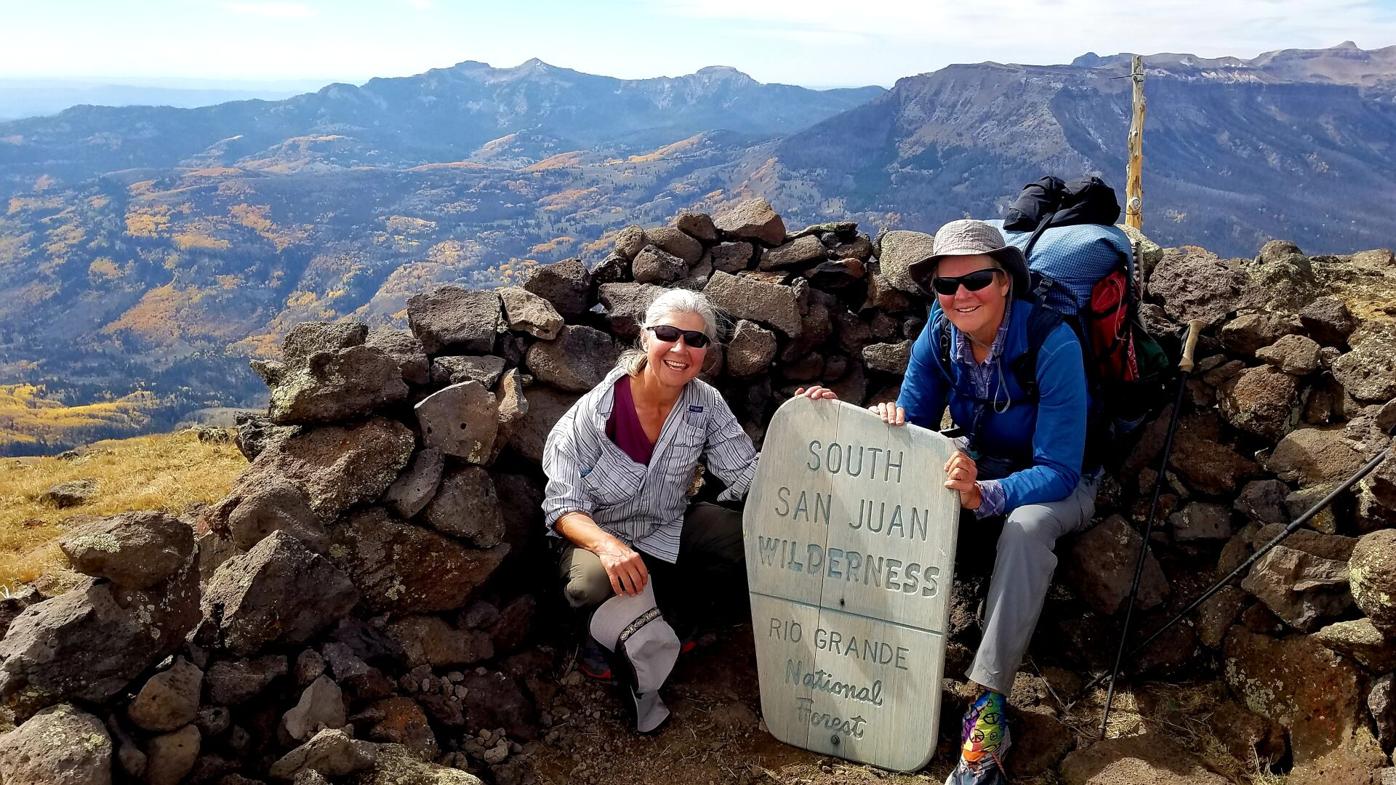 Annette Demel and Kristy Burns have been backpacking for 30 years. 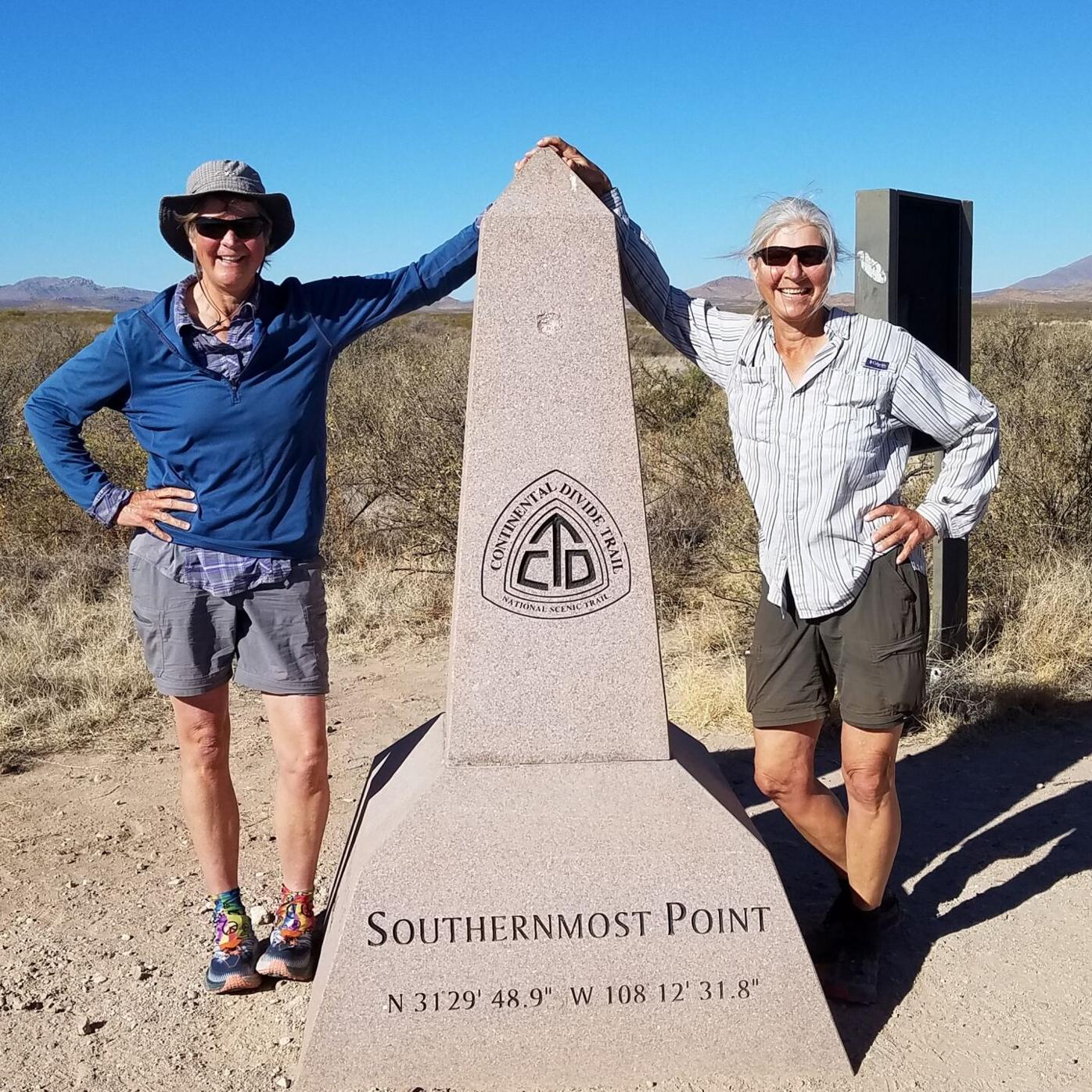 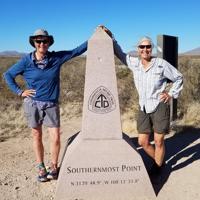 Kristy Burns and Annette Demel are two-thirds of the Wander Women. 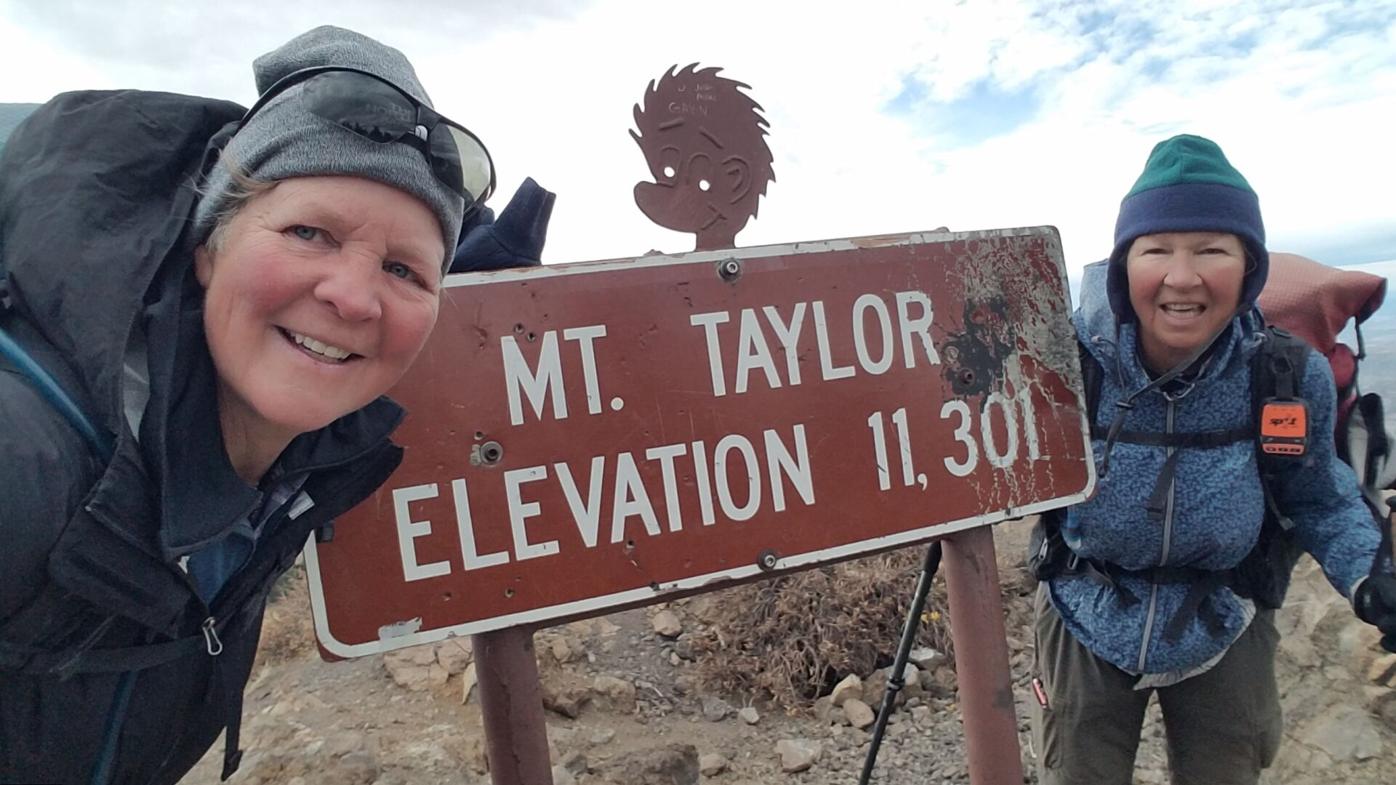 Kristy Burns and Annette Demel retired in 2015, sold their house and bought an RV to travel the country. 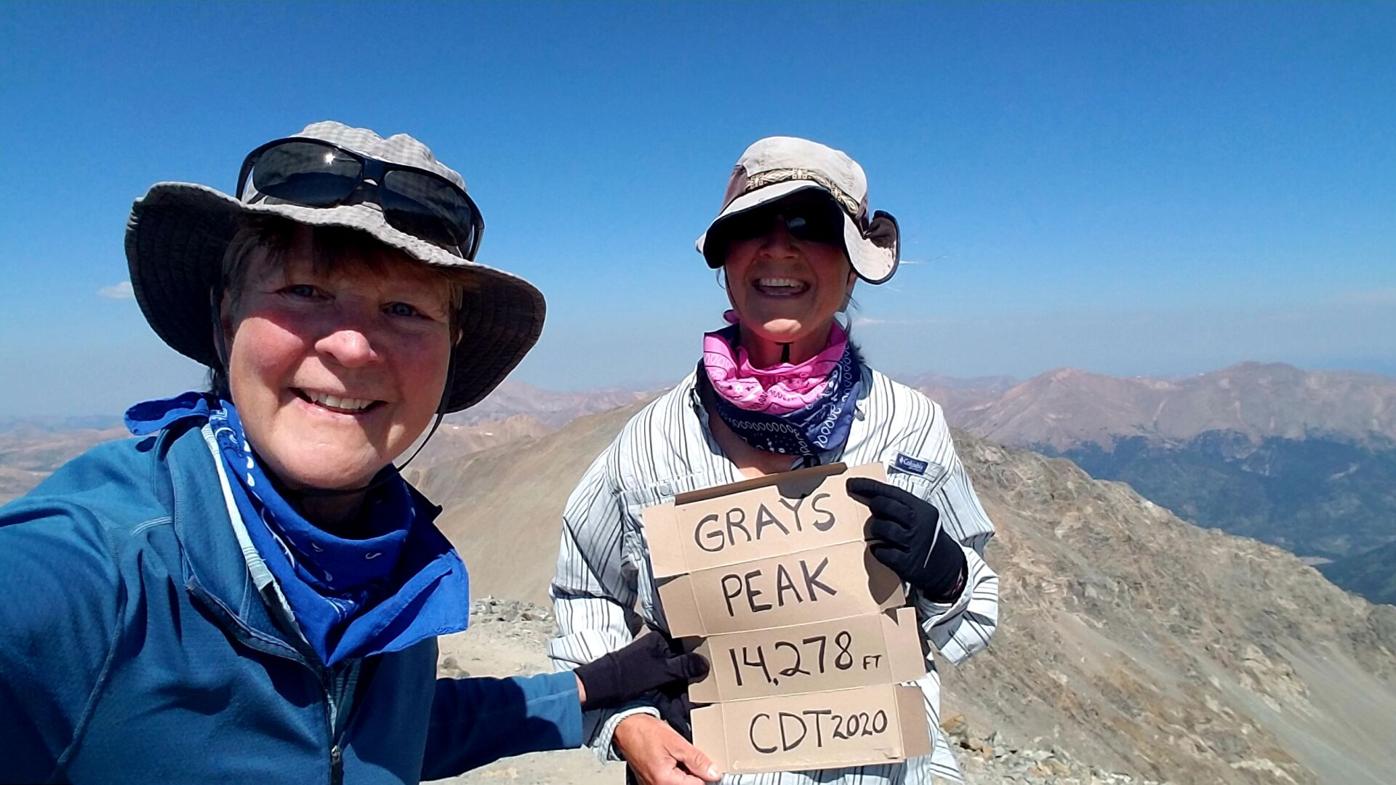 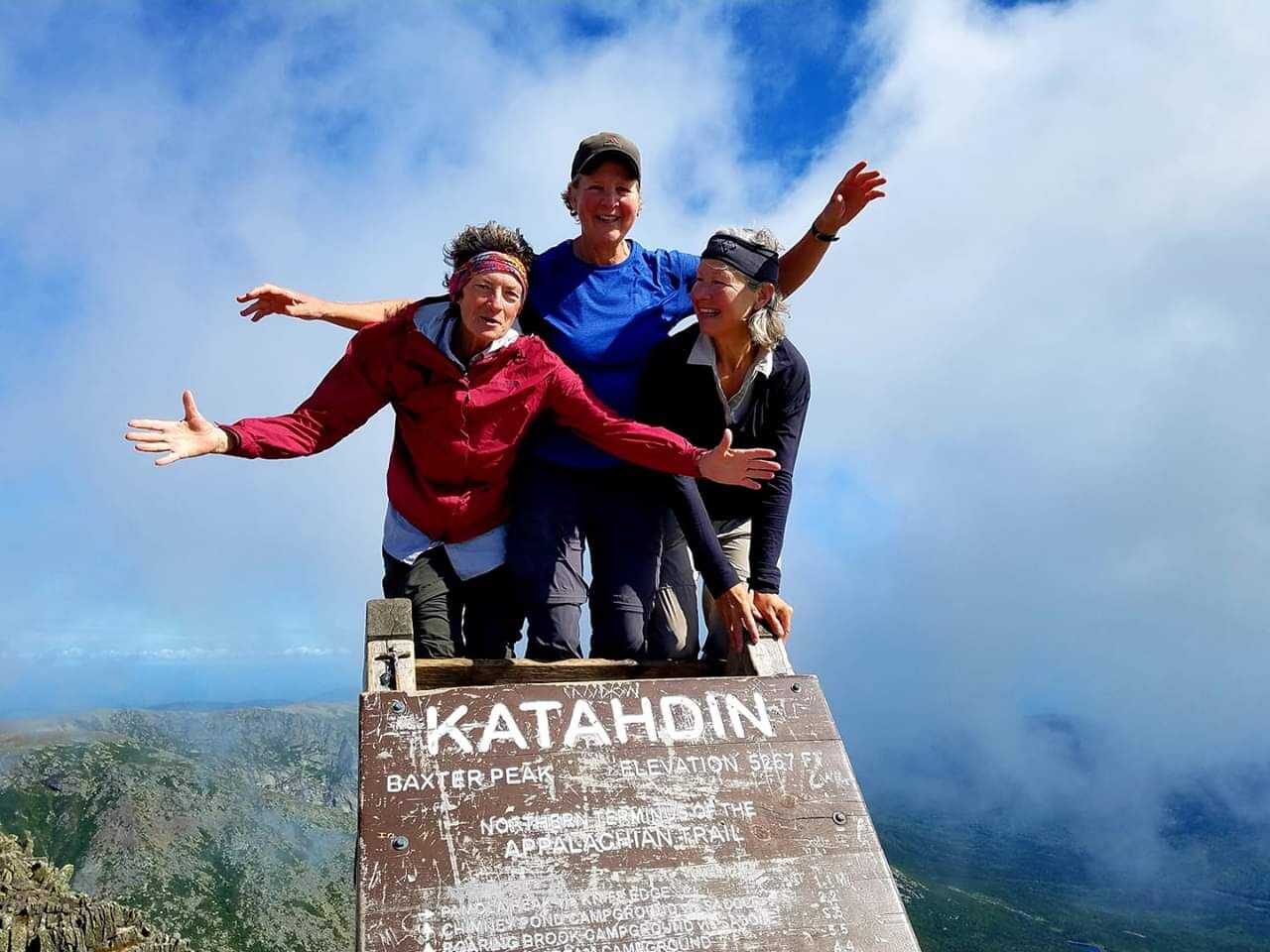 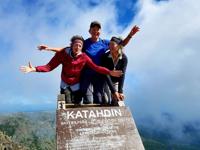 Kristy Burns, Lynn Edmiston and Annette Demel are the Wander Women. The former Colorado Springs residents have their own YouTube channel where they document their many adventures.

Kristy Burns and Annette Demel retired in 2015, sold their house and bought an RV to travel the country.

Retirement has been sweet for the Wander Women.

After saying goodbye to the old 9-to-5 in 2015, three former Colorado Springs residents didn’t sink back into the couch with a box of bonbons and their daytime stories and call it a day. Partners Kristy Burns and Annette Demel and their friend Lynn Edmiston sold everything they owned, including their homes, bought RVs and hit the road in search of adventure.

“We decided to retire so we could go do these big hikes and live our lives while we were young enough to do the things we wanted to do,” says Burns, 56.

The big life change probably came as no surprise to those who know them, as Burns and Demel have backpacked for decades. Edmiston, now 63, decided to get in shape when she was 50 and join the couple on their summer and weekend trips.

“We’re trying to age as gracefully as we can,” says Burns, a former mental health therapist who owned a private practice above Poor Richard’s downtown. “We’re trying to get out of our comfort zone, so we’re using our brain all the time. When we’re traveling in the RV we’re in new places all the time. We’re looking at maps, trying to find new places to hike and bike. It’s always unfamiliar and changing.”

Getting uncomfortable looks different for everyone. Maybe it’s having a pebble in your shoe on a mile-long walk, or an early morning wake-up call to hike a fourteener. For these women, it means walking 10-plus hours a day for months on end, bagging long thru-trails around the country, visiting as many state and national parks as possible, biking as many Rails-To-Trails Conservancy bike paths as they can find and kayaking on national scenic rivers.

Phew. And there are zero plans to stop anytime soon.

“Part of our motto for life is to expand the confines of our life until we die,” says Burns. “Which is meeting as many people as we can and experiencing as many new things as we can. Our world has expanded.”

“Some say what are you going to do when you’re 80?” says Demel, 63, who taught in School District 11 and also was a librarian at Palmer High School when she retired. Edmiston also worked at Palmer High School. “We say shoot, we don’t know. But not to do it when you’re 60 because you’re worried about what it’s going to be like when you’re 80, well, then you’ve missed it. We’ve done more in five years than most people will ever have a chance to do.”

The Colorado Trail — all 500 miles of it from southwest of Denver to Durango — was their first big post-retirement accomplishment. In 2016 they checked off the Oregon Coast Trail at 425 miles. There was the Superior Hiking Trail in Minnesota, clocking in at 300 miles, and the 100-mile Lone Star Hiking Trail in Texas.

In 2019, they conquered the self-described grueling 2,200 mile Appalachian Trail, the oldest of the national scenic trails. It took them six months, nine days and five pairs of shoes each for Burns and Demel. Most recently, the couple finished the 2,700 mile Continental Divide Trail, which saw them each go through six pairs of shoes, 70 packs of tuna, 130 cheese sticks and 18 10-ounce bags of peanut M&Ms. Edmiston was able to join them for 900 miles, but had to leave due to a job.

“What we would want for people is to go out there and do as much as you can,” says Demel. “You don’t have to go out and do a whole trail, but give yourself some kind of challenge. Go out and just try it. It’s such a great feeling to be out and have everything you need with you. Backpacking skills — those skills are pretty acquirable.”

Many of their adventures have been documented on the Wander Women’s increasingly popular YouTube channel, something Burns started in 2018 so their friends and family could tag along on their journeys. The videos are anywhere from one to two minutes to upward of 40 minutes, and detail not only their daily walks, but other often humorous side notes, such as caring for aging hikers’ feet, searching for Florida’s scrub jay and exploring the contents of Burns’ 25-pound pack.

There also are regular appearances by Pesky, an annoying hiker who seems determined to ruin the Wander Women’s good times. Spoiler alert: Pesky is a character played by Demel just for laughs. Their YouTube fans can’t get enough of her, the women say.

“I remember on the AT when the Wander Women said they had a rule to not complain or whine as some do (definitely me at times) so that when something was really needing addressing it was taken seriously,” wrote fan Kelly the Fifth on their video documenting the completion of the CDT. “That really struck me, and when I hike, or even just in life, I try to think about that. Watching these films through COVID was such a bright spot.”

Burns believes it’s also their older age that attracts interest from others in a similar age bracket. Part of their plan has always been to encourage others to get out and try new things.

“People would write us and say I’ve joined the Y, I’m moving more, I‘m getting outside and hiking,” she says. “Don’t be a victim to your life. Create it. Surround yourself with beauty and connect with people and create a tribe with people. Older people need something sometimes. You can really keep going and do amazing things.”

The group did two days worth before getting an email from a trails coalition recommending all hikers return home due to the virus. So they settled instead for the CDT, a hike that inspires great fear in some due to its proximity to grizzly country in Wyoming and Montana.

“You have to be OK living in the wilderness with grizzlies,” says Burns, who doesn’t seem easily scared.

“Even people we met on the Appalachian Trail who came out to do the Continental Divide Trail don’t necessarily like it, because it’s so wild and you’re so high,” says Demel. “You have to deal with lightning storms and all of that stuff we’re totally used to in the West.”

In what’s called a flip-flop, the women started from the Colorado and Wyoming border and walked up to Canada before flying back to Colorado and walking the second half from Colorado to Mexico. They started in June and returned in October.

“When we first got on the trail we went three weeks without seeing another hiker — that’s how remote you are,” says Demel. “Thousands of people every year attempt the Appalachian Trail, but just a few hundred people do the Continental Divide Trail.”

It was on this adventure they experienced the biggest closest call of their trail lives, when all three women got swept down a river they were trying to cross in Wyoming’s Wind River Range. There were a couple of late storms in the area, and the trio was a little early to be doing those particular sections.

Burns was the worst off, she says. She got caught on a log with water pouring over her.

“I’m thinking, ‘oh my God, this is how people drown.’ I turned to get a breath, and I don’t know if I moved a certain way, but I got pushed back out,” she says. “I see Lynn clinging to a log. She kind of gets out. I get out. I see Annette on the other side of the river. I said, oh God, we’re all OK.’ It was scary.”

These are the ladies you want to gather with around the campfire late at night, as you sit back and listen to their colorful tales. Some are about the incessant hiker hunger and that bordering on anxiety feeling of knowing you don’t have quite enough in your pack to feel comfortable. But this is when, the women say, the trail always provides. These are the teachable moments when one must surrender to life and trust.

On heels of wolf debate in Colorado, could wolverines be next?

Burns remembers one such nine-day stretch on the CDT, right before they got washed down the river, when they ran short on food. They felt weak and stopped to rest. They hadn’t seen another person in weeks, but suddenly four people on horses came clomping down the trail. They stopped to exchange pleasantries and, when they learned the women were running low on food, began pulling loads of goodies from their saddle bags. A cheeseburger with lettuce and tomato. A turkey sandwich with chips and cookies. Burns believes the extra calories helped them later have the energy to get out of the rushing river.

“People (on the trail) talk about how things like that happen all the time,” she says. “All of a sudden you’ll bump into someone who helps you. Or the food comes to you out of nowhere.”

“You definitely let go of worrying about what are we going to do?” says Demel. “You keep moving forward. We’ll figure it out.”

The women’s happiness radiates as they share their experiences. They’ve succeeded in creating the uncommon life they hoped for.

“You realize some of the stuff we’ve given up in our more urban life,” says Demel, “like it is so quiet. The night skies. Every night is so dramatic. The wind. The smells are just amazing when you’re out there. You’re overwhelmed with the beauty of it.”

“We’re talking more. We’re not watching TV,” says Burns. “At the end of the day we’re talking about the night sky, or something that happened during the day. It’s fulfilling.”