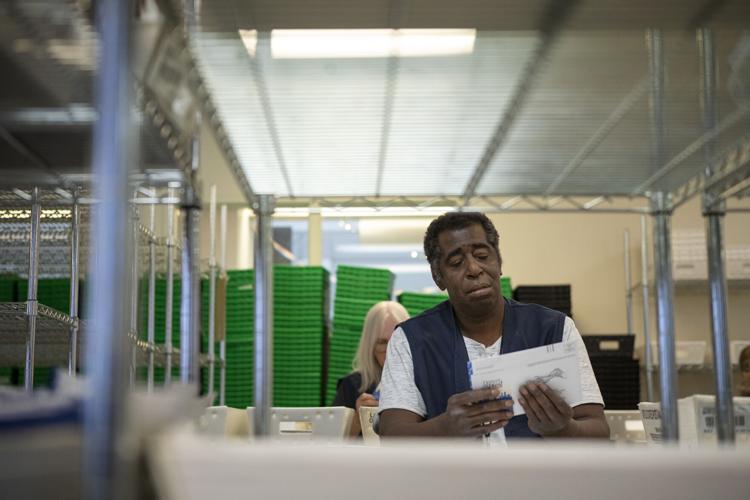 An election judge presorts and faces ballots the correct direction before sending a box along to the machine sorter at the Denver Elections Division on Bannock Street on June 28 in Denver. 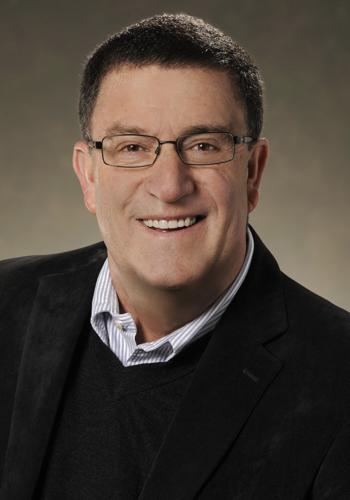 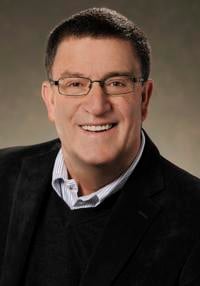 An old adage says that Labor Day represents the kickoff of the fall campaign. We only wish it were so. That has become one more dated bit of political wisdom. Campaigns are now almost perpetual. This one started long before the Memorial Day onset of summer, much less the Labor Day seasonal capstone.

Nonetheless, here we are.

As we host a giant mattress sale to honor those who toil and labor, the mid-term election is but nine weeks away. For those states, led by Colorado, which heavily rely on mail voting, the effective election day is closer to just six weeks off when ballots hit mailboxes.

It is a good time to take stock of the political lay of the land and assess the likelihood of this or that trajectory.

For the past year, the expectation in almost all quarters has been that 2022 was certain to be a boon to Republicans, perhaps of historic proportions, and a devastating wipeout for Joe Biden’s Democrats.

If you are the wagering sort, that is still the way to bet given the long-established pattern of the party occupying the White House suffering significant mid-term losses. But it is no longer wise to bet the college fund. And you might want to get some odds as the bloom is off the rosiest of those projections.

The hand held by Republicans still looks preferable to that of Democrats. History is hard to deny. Inflation remains high even if the edge has come off a bit. Economic insecurity, along with the sense that the country is on the wrong track, are dominant sentiments. Violent crime leads almost every newscast. President Biden’s poll numbers have improved but remain underwhelming.

But all of a sudden over the last few weeks, Democrats seem back in the game. They have a little spring in their step while Republicans are contemplating, if quietly, that this could get away from them.

At a minimum, the most optimistic estimations of a Republican rout are far more muted. Months back, the GOP had visions of a Senate takeover with a few votes to spare and a tsunami-induced pickup of 45 or more seats in the House.

Those thoughts now seem like pipedreams. Leading prognosticators give Democrats a better than even chance of holding the Senate. In the House, Republicans need only a gain of four measly seats to depose the carbon-dated Nancy Pelosi in favor of the backbone and testicle-lacking Kevin McCarthy. That is virtually a given.

If Democrats manage to retain control of the House, history will have been defied in multiple respects. But smart money now estimates the loss to be in the range of a couple of dozen seats, not the far more dramatic numbers.

If this remains something short of a total turnaround, it is still worthy of major note. What was supposed to be a straight-line death march for Democrats all the way to November has turned interesting, perhaps even competitive.

Four reasons stand out for this possible change of course.

First off, whatever you make of the so-called Inflation Reduction Act, beyond the cynical branding, it shows Democrats at last doing something. Major pieces of it are quite popular. Related to that, Biden has picked himself up off the political floor, even if the upper levels still seem out of reach. Gas prices are not quite so jaw-dropping.

The second factor is the reemergence of Donald Trump as front and center in almost every political story. He never went away – not even close to it. Again, we can only wish. But he has gone from a sideline player ranting to an ever-smaller crowd to be again the major actor in Republican primaries and Mar-a-Lago shenanigans, quite possibly criminal. The rumor mill has him announcing his next presidential campaign as soon as this month – to the dismay of every Republican strategist with an ounce of sense.

Much, arguably too much, is made of Trump’s hold on his base. What’s often not said is the manner in which he drives away infinitely more voters. The repellant end of his magnet is more powerful than the attraction end.

Next up is the political effect of the Supreme Court’s Dobbs decision at the end of June. At the time, many Republicans predicted that its effect would give way to their preferred issues of inflation, crime and presidential lassitude. That is not so as we have now seen in a handful of elections. If the end of Roe was a winning issue for Republicans or even a neutral one, many GOP candidates in swing districts would not be trimming their positions and cleansing their websites.

Last is the critical, essential matter of candidate selection. True to form, Republicans are sacrificing a number of winnable races by anointing off-putting, marginal, quite unelectable standard-bearers.

Georgia remains a state friendly to Republicans, especially in an off-year. But they may cost themselves a Senate seat with the idiocy of Herschel Walker. In very gettable Arizona, neither way-out-there Senate candidate Blake Masters nor gubernatorial nominee Kari Lake is likely to win. Ditto for Pennsylvania, where Dr. Oz is performing poorly in his Senate race and Doug Mastriano is a non-starter in the contest for governor.

And on and on. They may even forfeit a Senate seat in scarlet red Ohio.

Nine weeks is still a political expanse. Fortunes can change. One factor worth particular attention is the Latino vote. If that continues to trend away from Democrats, even by a few points, that spells major trouble. Tip: Every supposedly enlightened Democratic press release referring to Latinx voters only propels that shift.

Bringing it home to Colorado, Republicans nominated a mature, responsible ticket, with an exception here and there. They view this as their best opportunity to get back in the game since the blue takeover nearly two decades ago.

But that resurgence requires a substantial national wave. If Colorado has become a Democratic-leaning state by roughly a half-dozen points, a three-point GOP wave will leave them still short with opportunity unrealized.