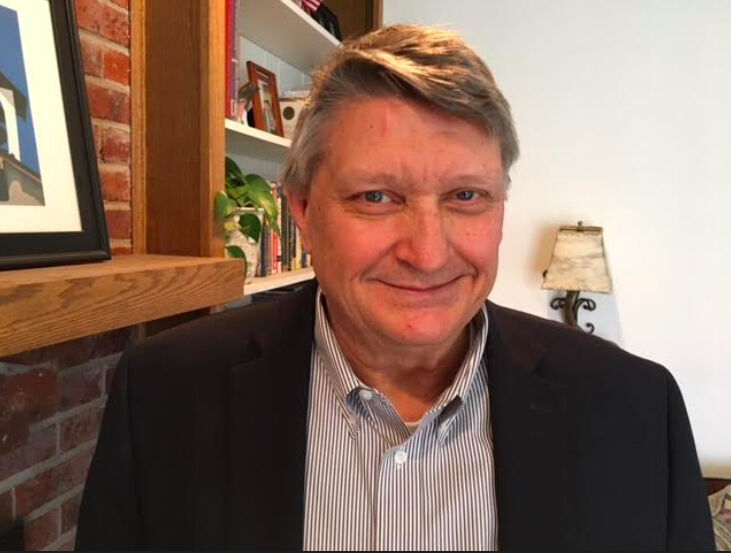 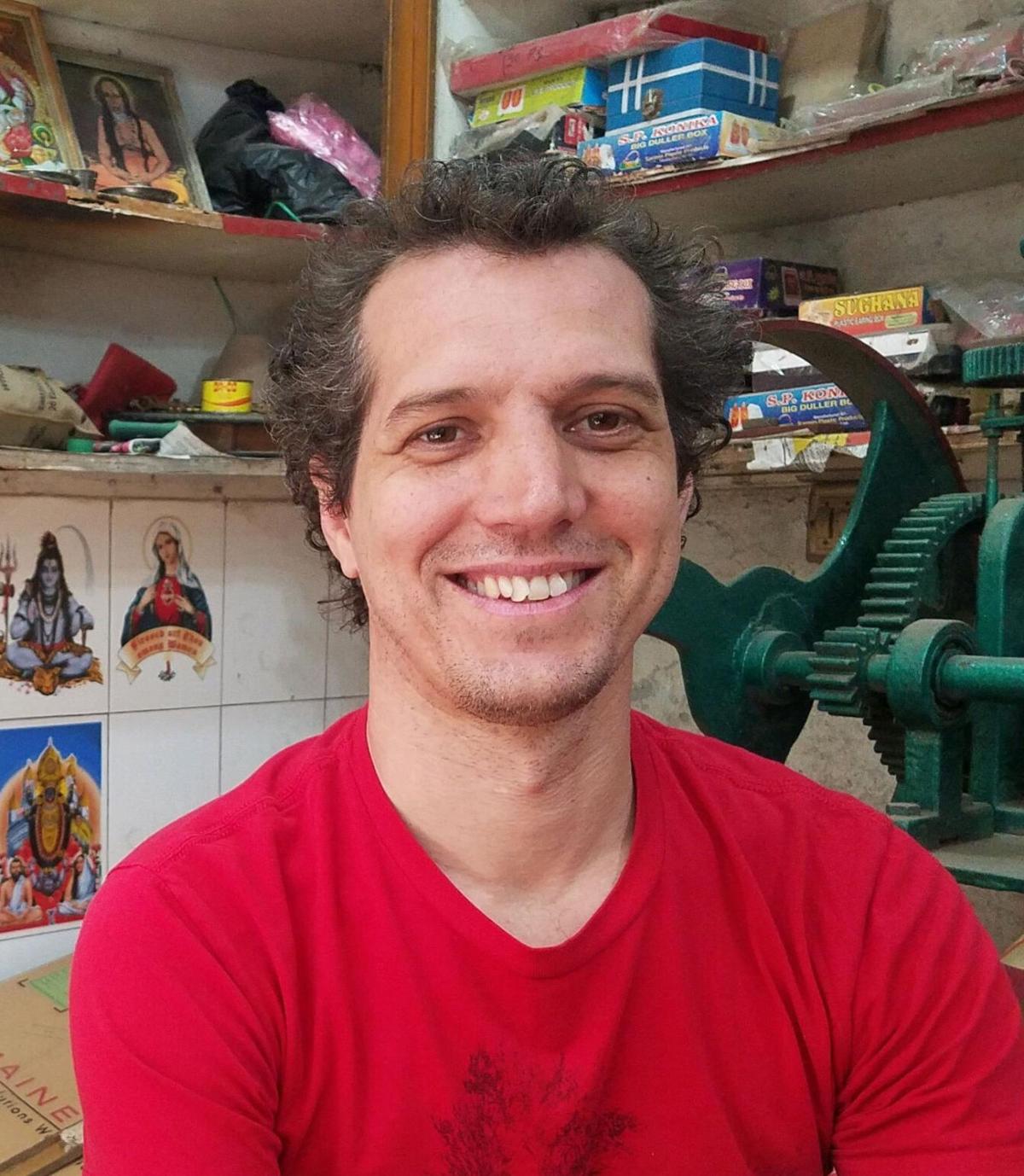 Democratic elected officials are literally playing with fire when they continue to coddle the anarchists and extremists whose only agenda is to destroy public and private property.

Peaceful protest is critical to our constitutional form of government and our political process, but we have seen all too often these legitimate protests are overtaken by those whose only agenda is violent destruction. And Democratic elected officials here in Colorado and across the nation are complicit by their silence and refusal to confront this insidious movement.

Downtown Denver is a disgrace. The Colorado State Capitol is a disgrace. Hardworking small-business owners and their employees have lost their livelihoods due to unrestrained violence. Denver Mayor Michael Hancock and Gov. Jared Polis allowed night after night of vandalism and desecration by rioting mobs in downtown Denver.

Homeless camps were allowed to flourish for months across the street from the defaced Capitol building as Hancock and Polis argued over who was responsible for that small stretch of state land in Civic Center Park, the Denver Police or the Colorado State Patrol.

Not until there was a triple shooting and homicide did these two feckless “leaders” finally decide to take some action. It took direct criticism from former Republican Gov. Bill Owens for Polis to move from dismissing the Capitol carnage as “spray paint that can be cleaned” to finally condemning the destruction.

Morey Middle School and the stately St. John’s Episcopal Cathedral just a few blocks east of the defaced Capitol were surrounded by homeless camps and the sordid presence of drug dealing and prostitution. Nearby residents watched as their neighborhoods were threatened by this lawlessness.

But in fairness to the mayor, the escalation of the homeless problem in Denver did not start with Hancock. You can trace it back to the Democratic candidate for the U.S. Senate, ethically challenged John Hickenlooper, who started his failed “10 year plan to end homelessness” while he was mayor of Denver in 2005.

Rather than reducing homelessness, Hickenlooper made Denver a national magnet resulting in more homeless than ever in Denver. When the Hickenlooper program ended in 2015, serious questions lingered about what the funds were used for and where they went.

Meanwhile, some of our nation’s largest cities are experiencing even more destruction as rioting mobs attack public and private property while their leaders seek to defund and eliminate police departments. House Speaker Nancy Pelosi of San Francisco waved off the destruction saying “people do what they do.”

Democratic mayors and governors across the nation either outright support the leftist movement to defund the police or are working to undermine the ability of the police to protect people along with public and private property.

There is no doubt that actions must be taken to address abuses by bad police officers and for police departments nationwide to review and, if necessary, reform their procedures. But the vast, vast majority of police officers are responsible professionals who are dedicated to protecting their communities.

2020 has seen the kind of upheaval rarely seen in other election years. A partisan attempt to remove the president through impeachment suspended Congress for months. The coronavirus pandemic has killed thousands, and many more have gotten ill while our thriving economy was severely damaged by the pandemic.

And now Gov. Polis, Mayor Hancock and Democratic elected officials across the nation have failed miserably in their primary responsibility to protect our communities from violence and destruction.

Counterpoint: ChristiansenDonald Trump, presumably because of his sharp decline in the polls, has recently decided that a strong law-and-order stance against recent protests will help him in his reelection bid, but he is wrong. This strategy is not without precedence though; the GOP has longed used “law-and-order” as a wedge issue in elections. Ronald Reagan’s 1966 gubernatorial run, Nixon’s 1968 campaign for president, and even Trump’s 2016 presidential campaign, famously used tough-on-crime rhetoric to great success. Reagan and Nixon in particular stoked fears of spreading civil insurrection to achieve decisive victories. However, like so many things, Trump is bucking this norm as well.

Despite Trump’s surprising win in 2016 and his zealous base, he has never been particularly popular. According to the polling website fivethirtyeight, his approval ratings have hovered between 47 and 37%. In fact, what is more notable than his enthusiastic base is the extent to which he has energized his opposition.

In a self-inflicted wound, Trump’s attacks on Colin Kaepernick and Black Lives Matter have kept the issues of systemic racism and police brutality in the spotlight for much of his presidency. And despite his best efforts, the more he has tried to make it a wedge issue, the more the country has turned away from him. According to PEW Research Center, in 2016 only 40% of Americans surveyed supported the Black Lives Matter movement. Four years later, the same poll finds that nearly 70% (67%) of Americans support the movement. In addition, support for the movement crosses demographic and partisan lines. So, despite Trump’s best efforts to demonize the protest movement, support for it has grown by roughly 25 points.

Not only is support for the protests widespread, it is also deep. Nearly 40% say they strongly support the protests. According to several data firms, the latest protests are likely the largest the U.S. has seen, and even the level of militancy and property destruction has not really bothered many Americans. A Monmouth University poll conducted shortly after the uprising in Minneapolis found that over half of the country felt that the torching of the police precinct building in that city was justified.

Not only is there widespread support for the protests, six in ten Americans say they disagree with the way Trump is handling them. Instead of empathizing with protesters and with those being abused by police, he demonized them.

He tried to shift blame by invoking the right-wing fantasy of an antifa boogeyman and declared that Black Lives Matter is a symbol of hate. Further, in a particularly clueless stunt, he sent federal troops to Portland and other cities, where they used tactics against protesters that smacked of foreign authoritarian regimes, not how Americans want to see themselves. The move was lambasted by many politicians and pundits, including many of his allies.

Trump has tried to claim the mantle of the tough guy and be the law-and-order candidate. However, it is not working as he intended. Instead he is seen as taking the side of bullies who abuse their power. Unlike Reagan and Nixon’s similar past campaigns, Trump is the incumbent candidate, so the rhetorical strategy of cleaning it up for law and order doesn’t work. His failure on this issue is clearly reflected in his declining poll numbers: since May his approval rating has taken a nosedive. People across the country are clearly fed up the lack of accountability in police forces and the unending images of violence against the black community, and are clearly fed up with Trump’s incompetence as well.

Dick Wadhams is a Republican political consultant and former Colorado Republican state chairman. Jonathan Christiansen is an adjunct sociology lecturer at UCCS. His scholarly work focuses on social movements and political economy. He is also a longtime activist and founding board member of the Chinook Center.

Dick Wadhams is a Republican political consultant and former Colorado Republican state chairman. Jonathan Christiansen is an adjunct sociology lecturer at UCCS. His scholarly work focuses on social movements and political economy. He is also a long time activist and founding board member of the Chinook Center.