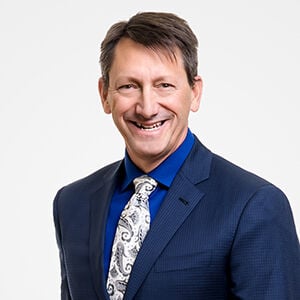 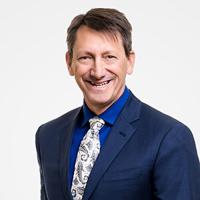 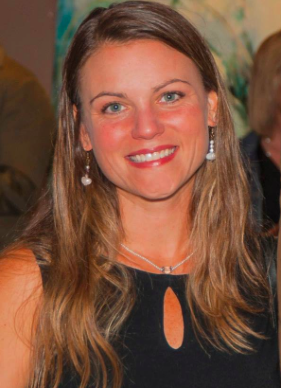 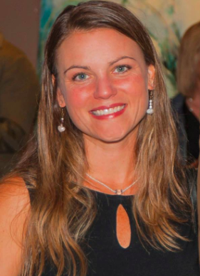 In 2002, one of the largest forest fires in Colorado history ripped across our state and it was all within eyesight of the Denver metro area. My first year in the Colorado Legislature was 2003, and I’ll never forget the Colorado State Forest Service’s presentation to state leaders showing how the Hayman fire affected state versus federal lands. In areas managed by the state, where trees were thinned, the land was starting to recover. In the national forests, the overgrown timber caused the fires to burn so intensely that it left the land scorched and resembling a sterile moonscape that might never regain its former majestic state.

Fast forward 20 years, and the problem has grown worse. Over the past month, Colorado has been experiencing dangerous air quality levels caused by forest fires burning across the West. When driving from Wray into Denver, I can typically see the mountains as soon as I pass Akron. Last week, I could not see the mountains, not even from Denver.

We need to call a spade a spade on this problem. If you trust science and data, it will lead you to one conclusion: the size of forest fires, their growing devastation, and the secondary impacts to our air and water are primarily a result of over a century of federal forest mismanagement.

This is not a new issue or phenomenon. In 1910, a massive 3-million-acre fire burned across three states and the U.S. Forest Service, implemented a new policy to extinguish every fire as quickly as possible, by 10 a.m. if possible. This was a critical historical pivot — enacting an overly broad measure that essentially disrupted the natural and necessary process of wildfires.

This short-sighted policy change was made exponentially more dangerous when extreme environmental groups went to war with the logging industry. Environmentalists won this fight too, enacting logging bans rather than managed logging activities.

In the early 20th century, there was an average of 19 trees per acre in the Stanislaus National Forest in Northern California; today there are 260 trees per acre in the same forest. Colorado forests grow an estimated 1.5 billion board feet per year, but we allow less than 5% of that growth to be harvested.

Give credit where it is due — extreme environmental groups have been extraordinarily successful in implementing their preferred forest “plan.” In 2021, the trophies for their success can be viewed across the western United States — thousands of acres of forest lands that are a tinder box of dead, overgrown flammable material awaiting ignition.

This was a natural and inevitable result of federal forest policies crafted by extreme environmental groups: compounding buildup of combustible material that makes wildfires fires hotter, more dangerous, and more devastating. It leads to massive wildfires, severe air quality problems, and growing water quality problems as watersheds are increasing polluted by the burns.

For the majority of citizens willing to act on data rather innuendo here is an inescapable fact — properly managed forests will burn with reduced devastation and recover more quickly than the out of control, overgrown messes we have today.

The extreme air quality experienced along Colorado’s Front Range this past month is the latest result of extreme mismanagement of federal forests. The health and economic devastation caused by this mismanagement disproportionately affects western states. It is time that extreme special interest groups spread along the eastern seaboard be placed in timeout and empower proven forest management experts from western states to lead federal forest management back to a common-sense solution that protects our health, environment and economies.

In the 14 years since my family moved to Colorado, our state’s air quality problems have gone from bad to worse. More fracking for oil and gas, more fossil fuel combustion, and more wildfires as the planet overheats and our region dries out literally adds fuel to the fire. Each wildfire season breaks records.

Two years ago, my father-in-law died of a heart attack on a particularly bad air day during his visit here to Colorado. Last week, I was truly fearful for the health of my parents who were visiting while the Denver metro region had the distinction of the worst air quality on the planet. My mom, who has lung problems, had to remain indoors and still had trouble breathing. Even my teenage daughter has asthma that doctors say is likely due to the poor air quality.

This is a common story for many of us who live along the Front Range. Poor air quality in Colorado is so persistent that we just broke our record with more than 53 air quality action days since May 1.

Who is responsible for Colorado’s bad air quality?

If you read the Air Quality Alerts or see one of C-DOT’s road signs, you might blame yourself. Information from CDPHE encourages individuals to limit driving and not to mow their lawns. Blaming individuals is a tactic coined by the fossil fuel industry. They gaslight people into carrying the burden of this crisis while entrenching our society in policies and products that make it near impossible to live a zero-emission lifestyle.

The real source of the air quality problem: fossil fuel companies and the politicians and regulators who yield to their demands to maintain the status quo.

While we all have a role to play, these are big systemic problems that require big systemic solutions. Placing the blame and responsibility of our poor air quality and climate crisis on individual Coloradans ignores the fact that the majority of pollution comes from a small number of big polluters.

For example, just 119 polluters emit 36% of statewide emissions. Colorado is home to more than 53,000 active oil and gas wells and tens of thousands more that are abandoned or nonproducing.

Emissions from these wells account for a staggering 45% of VOCs emissions, 22% of nitrogen oxides emissions and 12% of greenhouse gas emissions. The foul-smelling Suncor oil refinery in Commerce City regularly exceeds pollution limits, contributing significant heat-trapping emissions and toxic pollution to the nearby most polluted ZIP code in the United States — 80216.

Fossil fuel companies have known for decades about their toxic pollution and the worsening climate crisis, which is burning the west and blanketing us in smoke. They have chosen to use their wealth to sow doubt and confuse the public about the science and to influence corrupt politicians to prevent passage of laws and rules that would hurt their bottom line.

In May, the International Energy Agency released a landmark report stating, “there is no need for investment in new fossil fuel supply in our net zero pathway.” Despite this news, Colorado still plans to increase fracked oil production by 86% in the next decade and allow polluters like Suncor to conduct business as usual; putting Colorado only track to reduce its emissions 3.4% by 2030, a far cry from Colorado’s goal of 50% by 2030.

The truth is we will only fix our air quality problem and the climate crisis if we transition off fossil fuels. The IPCC’s recent 6th Assessment says the window to keep temperature rise under 1.5C and prevent the worst is closing.

So, if you are asking yourself who is responsible for Colorado’s bad air quality, look to our elected leaders and regulators who continue to turn a blind eye to this reality and the industries that put profit over people and planet. Then demand change.

Greg Brophy is a former state legislator from the Eastern Plains and the Colorado director of The Western Way (www.thewesternway.org), a conservative nonprofit that seeks pro-market solutions to environmental challenges. Micah Parkin is a mother of two and a founder and executive director of 350 Colorado, a statewide organization of over 20,000 Coloradans working to address the climate crisis and transition to a sustainable future.

Greg Brophy is a former state legislator from the Eastern Plains and the Colorado director of The Western Way (www.thewesternway.org), a conservative nonprofit that seeks pro-market solutions to environmental challenges. Micah Parkin is a mother of two and a founder and executive director of 350 Colorado, a statewide organization of over 20,000 Coloradans working to address the climate crisis and transition to a sustainable future.