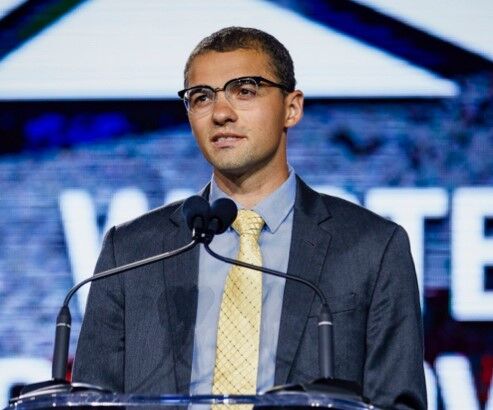 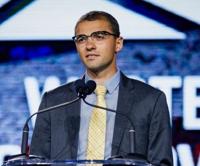 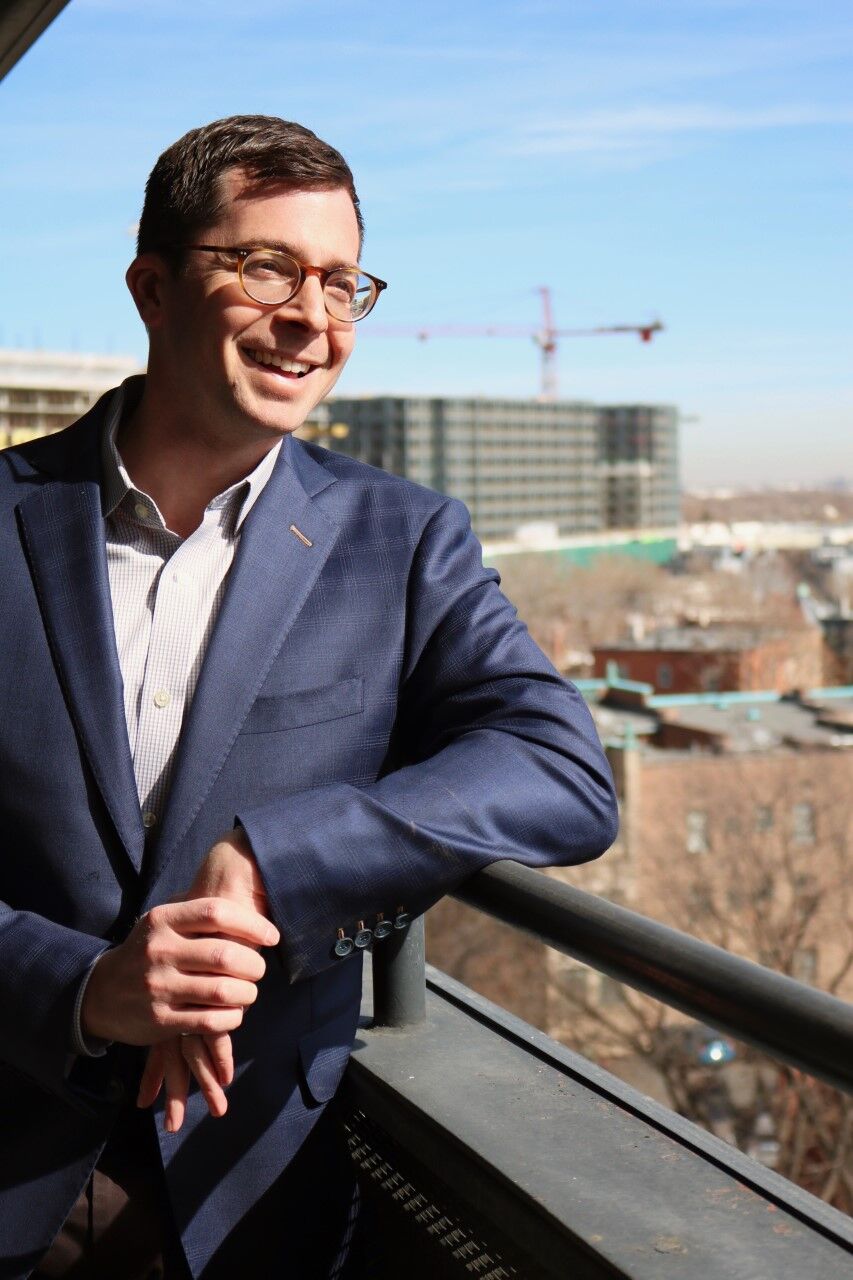 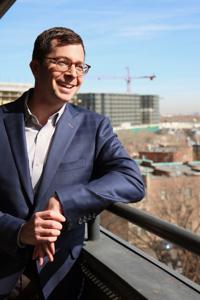 Most Coloradans would probably assume that all state spending is approved by the General Assembly. We learned early on in school about “checks and balances” — and how the legislative branch has the “power of the purse.” And even if executive branch slush funds occur in other states, or at the federal level, surely Colorado is more transparent and accountable when it comes to state funds.

Unfortunately, that’s not the case. Amendment 78 on ballots arriving in mailboxes soon, however, would help fix this problem. It would require all state expenditures to 1) have a public hearing, and 2) allow representatives from across the state to weigh in on how state money should be spent. In short, it would end executive branch slush funds.

These slush funds come in the form of “custodial” money. These are funds that originated from a source other than the state of Colorado and are provided for a particular purpose.

The most notable recently example was when Gov. Jared Polis allocated $1.6 billion in Cares Act money on his own. Regardless of what you think about how that COVID relief money was doled out, the process was troubling. Instead of collaborating with legislators, they got shut out. At the time, state Sen. Bob Rankin said that the governor allocating these funds without the Legislature “eliminated the people’s voice over how their money is spent.”

Federal funds, however, are not the only bucket of custodial money. The state also receives money from various legal settlements. The latest one was a $400 million opioid-related settlement with drug companies. While most settlements have specific directions for where that money needs to go, the leftover money — or interest — can be spent by the Attorney General. This could be millions of dollars that go into a slush fund instead of sent to the General Fund to help pay for priorities like education, health care or transportation.

Another big category of custodial funds are gifts and grants. Last year, the Colorado Sun and CBS4 broke a story about how Polis was funding staffers in his office with over $1 million coming directly from “wealthy donors and major advocacy organizations.” The story said that there was no public disclosure until the media investigated it — and that the governor did it this way because “it comes without the scrutiny of Colorado lawmakers through the state budget process.”

This current system is ripe for cronyism, where position and contracts could be given to donors or people with political connections instead of through a fair process. To be clear, this isn’t Republican Party or Democratic Party issue. It’s a transparency issue.

One criticism of this measure is that the government will be slowed when it comes to allocating emergency funds — or federal funds in general. This is totally untrue. All our measure does is resets the system of checks and balances. Nothing is more important than making sure emergency funds can be spent quickly and efficiently, and the Legislature will have complete flexibility to make sure that happens.

Amendment 78 allows the legislature to work with the executive branch to plan ahead. Legislators can look at what is working well now and make sure those processes continue. They can choose to do continual appropriations to make sure funds are allocated in a timely manner, if they want. Besides, a vast majority of state money goes through the budget process.

Amendment 78 is a long overdue, common-sense proposal. One person shouldn’t decide how millions of dollars are spent without input or oversight. It’s time to end executive branch slush funds.

Vote for more transparency and accountability. Vote for Amendment 78.

When Initiative 19, now Amendment 78, was first filed, the state’s nonpartisan Legislative Council offered its take on the proposed constitutional amendment. In a March 9 memo to the measure’s proponents, 49 questions and comments are listed that illuminate numerous potential impacts the proposal would have on how our state government operates.

The comments reveal how the measure would do far more than what the proponents purported. Instead of just restricting the governor’s ability to appropriate emergency dollars, Amendment 78 tries to bring a whole swath of other dollars under the Legislature’s control. Even if you think restricting our governor’s authority over emergency relief dollars is a good idea, Amendment 78’s reach probably isn’t what you’re looking for.

Here are just a few of the very serious possibilities the Legislative Council flagged:

“Could the General Assembly continuously appropriate any money that currently is ‘otherwise authorized by law’?”

“...Would the amended version of section 33 require that the General Assembly appropriate money for highway projects rather than delegating this authority, by law, to a commission?”

“...the Department of Health Care Policy and Financing would not be able to use available federal funds to make provider reimbursements until the General Assembly appropriates the money. This may lead to a disruption of services or federal payments.” Upon receiving these notes, did Amendment 78’s authors slow down and consider the implications of what they proposed? No. Consumed with turning a talking point about the governor’s spending authority during a public health crisis into a political win on the ballot, they made a few marginal tweaks and steamed ahead.

Colorado is no stranger to unintended consequences on the ballot, but this one may well take the cake. If it passes, Amendment 78 will open our state up to unending shenanigans and showdowns. At a minimum, it will slow down federal relief in times of crisis. At worst, it could bring Washington-style stalemate politics to Colorado.

Right now, there are hundreds of types of dollars that pass through the state treasurer’s office and to their intended purposes. This is how our government operates throughout the year. Under existing law, state agencies and governmental entities (like our public universities) are authorized to spend these dollars according to terms dictated by their source.

And it isn’t just federal dollars that are considered custodial — it’s also legal settlement dollars and grants for numerous partnerships that make our state work. Nonprofits throughout the state interact with these funds. Most alarmingly, it puts emergency funds at risk for the Coloradans who need them, fast.

When the floods hit in 2013, millions of federal dollars came to our aid, quickly and efficiently. When fires hit, money flows through the state to where it’s needed. And when a global pandemic struck, our community conduits worked.

But if Amendment 78 passes, this efficiency and speed will end. We’ll need a special session every time a natural disaster occurs. Beyond simply doubling the work our part-time Legislature must do, it will create numerous opportunities for legislators to object to the role federal dollars play in our state. Health care dollars, transportation and transit funding, conservation funding, funding for scientific research — this is what we are talking about when we talk about the funds affected by Amendment 78.

In a time of debt-ceiling showdowns and culture wars, do we want more opportunities to choke up our most important public systems with political theater? A vote for Amendment 78 is a vote for a recklessly written invitation for dysfunction and disagreement on simple questions that have been decided. Vote no.

Michael Fields is one of the sponsors of Amendment 78. Scott Wasserman is the president of the Bell Policy Center in Denver.

Michael Fields is one of the sponsors of Amendment 78 Scott Wasserman is the president of the Bell Policy Center in Denver.