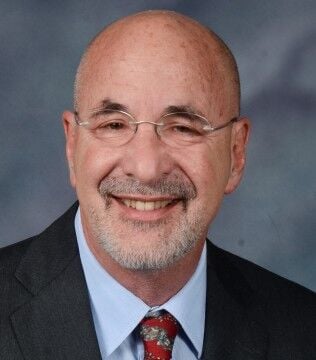 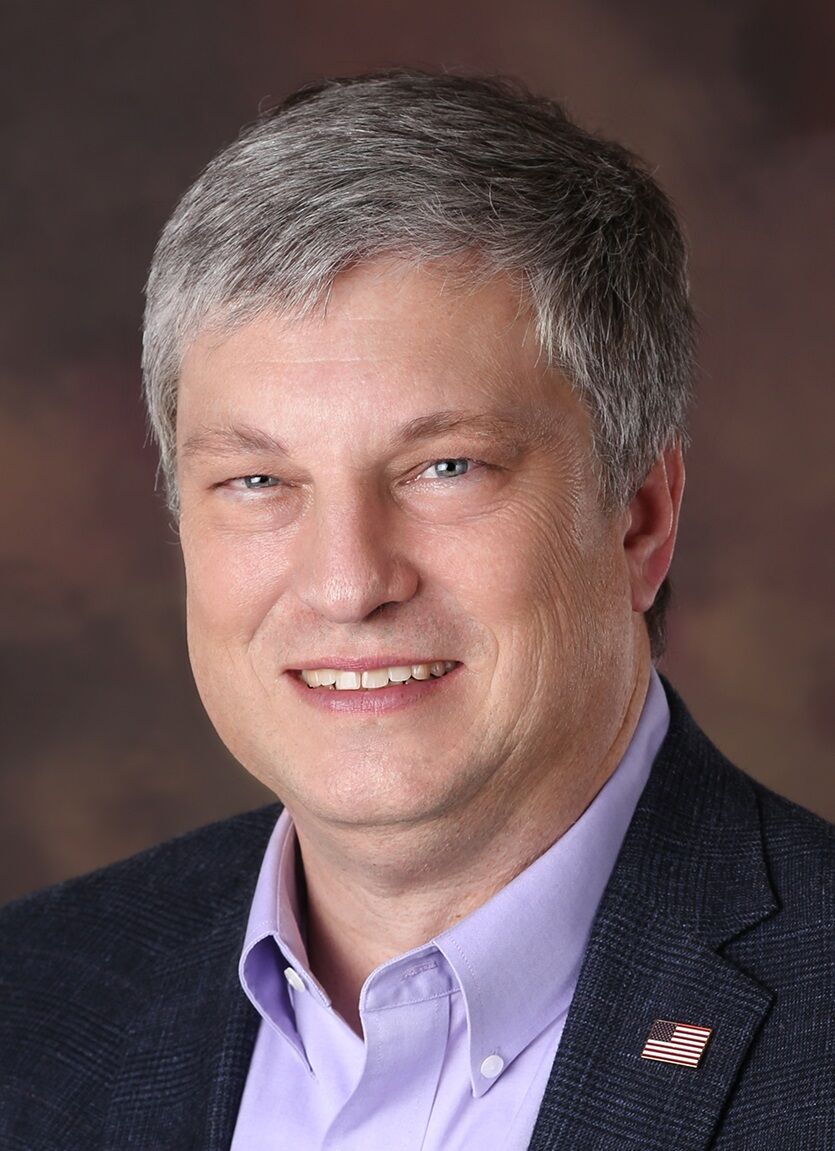 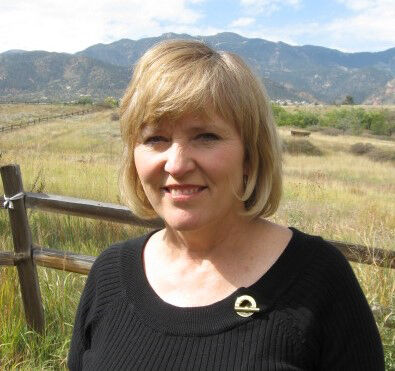 City of Colorado Springs Ballot Question 2C protects our parklands while still providing the ability to respond rapidly and cost effectively on opportunities to enhance our park system. Question 2C was placed on the ballot by the majority of the City Council and protects our parks by adopting a City Charter requirement that a supermajority of seven of the nine council members must approve parkland exchanges. It does not require a costly election (up to $350,000), the alternative proposed in Question 2B.

When opportunity knocks for our parks, trails, and open spaces in Colorado Springs, it has always benefited the citizens to be able to act quickly. When the city has exchanged parkland for other property it has increased acreage, created access to signature sites, improved connections, and expanded services to improve our parks, trails, and open spaces.

Most of us have taken visiting friends and family to the magnificent Garden of the Gods and its visitor and nature center. The center exists today because the City traded 5 acres from the Garden of the Gods Park and received 40 acres for the Mesa Valley Open Space. This exchange allowed the visitor and nature center to be constructed — a center whose revenues provide support for the care of the incomparable Garden of the Gods Park. Question 2C would have allowed the transaction; Question 2B would have prohibited it without a costly election — if an election could even have been held quickly enough to make the deal. And 2C doesn’t allow out-of-state donors to try to buy an election.

The fact is our city takes its parkland decisions very seriously, taking to heart that this city was founded by Gen. William Jackson Palmer on the expectation that our magnificent scenery and park spaces would be a central attraction. Nearly 150 years later, our parks, trails, and open spaces continue to make our city one of the most desirable places to live, work, and play. In every case where the city traded any parkland, it has always considered whether the trade would substantially enhance the park system.

Question 2C would protect against decisions in the city bureaucracy without imposing 2B’s costly election requirement on everyone’s pocketbook. In cases where the Parks Department has an opportunity to trade, an additional check and balance would be provided at the City Council level with a charter amendment requiring a public process and the affirmative votes of seven of the nine council members. This provides extra scrutiny, allows the city to seize opportunities, and saves money for the city and its citizens. The public process includes public meetings, the Parks, Recreation and Cultural Services Advisory Board, and open City Council meetings which all allow for public comment without asking the residents to fund an election for the same consideration.

This past June the two of us helped cut the ribbon on a new 9-mile loop trail in the Black Forest. After the 2013 fire burned through the area, destroying the trees that would have shaded the planned trail, a land swap was negotiated by the county that allowed much of the trail to pass through unburned shaded areas, providing another example of the type of transactions that sometimes need to be made to enhance our community’s trails.

That’s why Mayor John Suthers and groups such as the Trails and Open Space Coalition, Visit COS, the Colorado Springs Chamber, and the volunteer citizens serving on the Parks, Recreation and Cultural Services Advisory Board, support Question 2C as the preferred method to protect our city’s parks.

Opponents of 2B say “trust your elected officials” to trade or sell our beloved parks. That’s what they are elected to do. They know better than voters.

If that’s the case, why have many of us had to spend years leading hikes, collecting signatures, running election campaigns, bringing lawsuits, raising money and talking to group after group, to save land that the majority (and in many cases, a supermajority) of an elected body wanted to sell for commercial or residential development?

If those tens of thousands of hours weren’t spent, Red Rock Canyon would be a sea of houses, a major shopping center and a 27-hole golf course and resort. Section 16 would be 400 homes. Cheyenne Mountain State Park would have been 5,000 homes. Stratton Open Space, 300 homes and a water treatment plant. Same for Rock Ledge Ranch, Blodgett Peak Open Space and Ute Valley Park. And large swaths of University Park Open Space, Pulpit Rock Open Space and Monument Valley Park would have major roads going through them. Then there are the ones we lost: Strawberry Fields, half of Stratton Open Space and the Houck Estate (behind UCCS Park), a parcel almost as big as Palmer Park.

POPS (2B) is the result of that same citizen advocacy, by many of the same advocates. The passage of POPS would change our city charter to require that any “conveyance” — that is sale, trade, etc. — of dedicated, in-use parkland to a private entity, be approved by voters first, plain and simple. This requirement exists in the vast majority of Colorado cities — and exists here with all TOPS purchases, as required by the voters.

Opponents of POPS argue that we have to be nimble on these deals and can’t always wait for an election. In a four-year period in Colorado Springs, we have six elections to choose from. Seems timely enough to me.

Opponents claim that if the city isn’t going to have an item in an election, it will cost taxpayers extra. Yet in the last 15 elections, we were on the ballot with something else for 13 of them. Doesn’t seem like a big risk.

Critics will also say that citizens will be voting on every small land transaction. Not true. First, this only applies to “dedicated, in-use parks.” In addition, authors working closely with city legal staff have put in every exception imaginable: for eminent domain, easements, court ordered adjustments, a small (“de minimis”) number of acres and parkland that has yet to be developed.

Here’s the bottom line. Based on their track record, many of us don’t always trust elected officials. And we see how much the parks and open space we worked so hard to save are not only enjoyed — they are a big part of what makes our Olympic City so special.

While we have a system of “representative government,” it is also true that some decisions are deemed too important to be left to politicians. Under TABOR, a tax increase requires a vote of the people. A tax increase can be repealed, but parkland given away is gone forever.

Gen. Palmer would undoubtedly support 2B if he were alive today. When he so generously donated parkland to “the citizens,” he placed strict deed restrictions against any sale of those lands because he didn’t trust elected officials. Great Outdoors Colorado (GOCO) does the same.

Based on our local track record, I wholeheartedly urge you to vote “yes” on 2B and not 2C, a parallel measure that still leaves the sale of our beloved parks in the hands of politicians.

Susan Davies serves as the executive director of the Trails and Open Space Coalition which has championed trail, park and open space projects throughout the region for the past 33 years. Wayne Williams is an at-large member of the Colorado Springs City Council and has helped add more than 2,800 acres to our community’s parks and open spaces. Richard Skorman represents District 3 and is president of the Colorado Springs City Council, a local business owner, and was a co-author of TOPS (Trails, Open Space, and Parks) program.

Susan Davies serves as the Executive Director of the Trails and Open Space Coalition which has championed trail, park and open space projects throughout the region for the past 33 years.

Wayne Williams is an at-large member of the Colorado Springs City Council and has helped add more than 2,800 acres to our community’s parks and open spaces.

Richard Skorman represents District 3 and is president and of the Colorado Springs City Council, a local business owner, and was a coauthor of TOPS (Trails, Open Space, and Parks) program.