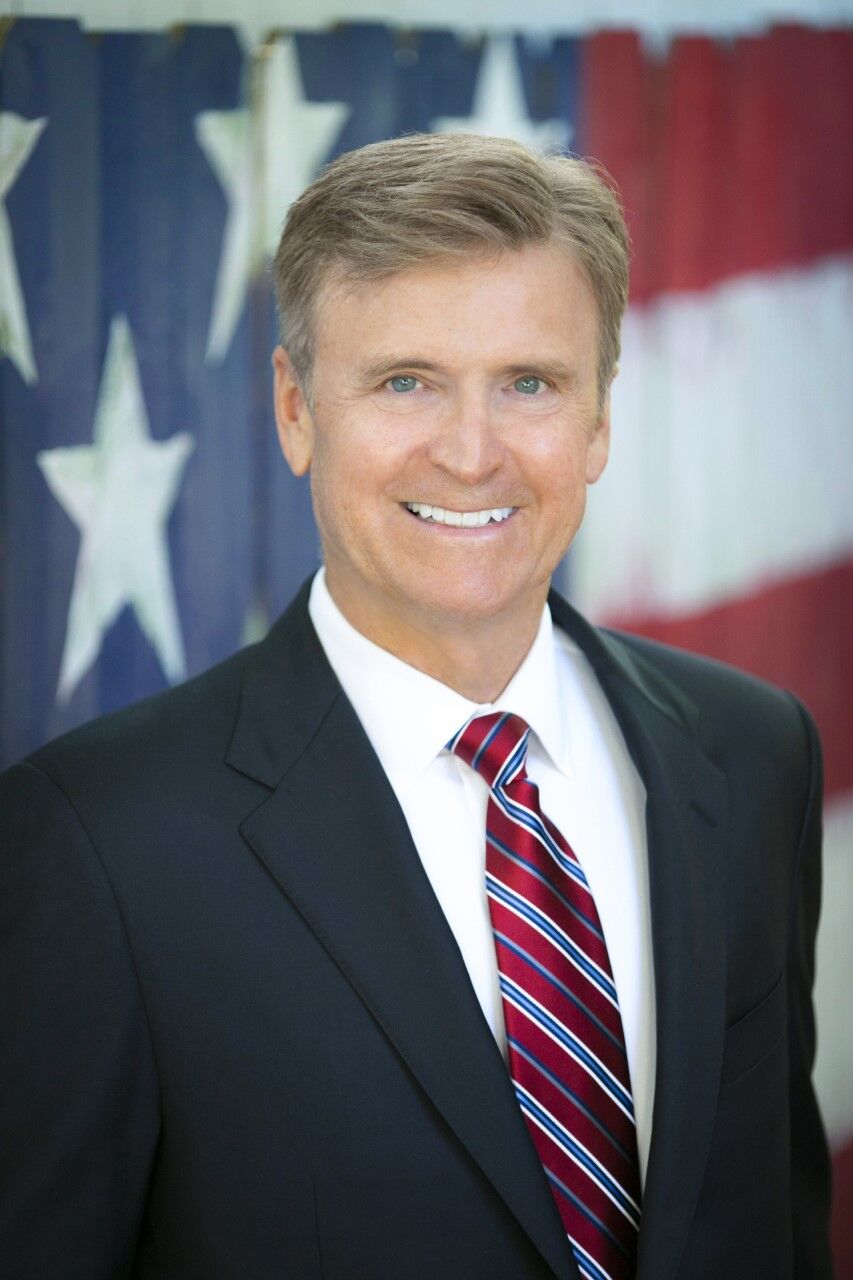 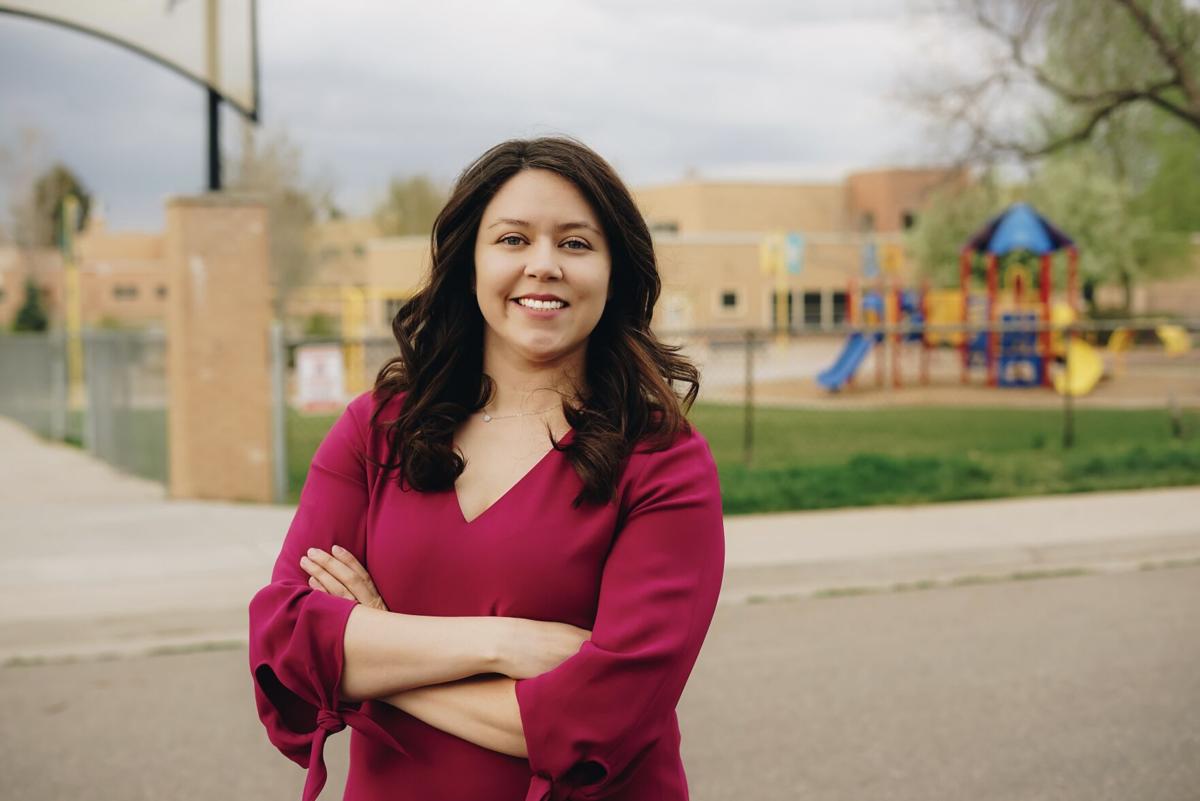 Ladies and gentleman of the jury, you can decide this case by asking yourself one simple question. Would Colorado elect Bernie Sanders to be its U.S. senator? Of course not.

Michael Bennet is Bernie Sanders without the mittens. Bennet votes with Bernie 97% of the time, and supports the self-described socialist’s $3.5 trillion dollar inflation spewing “infrastructure” package, the largest government expansion in decades.

Bennet is adamant that all illegal immigrants should be covered under a government-run health plan. That Sanders-pleasing insanity puts Bennet to the left of even Beto O’Rourke.

Bennet even opposes simply allowing the federal government to require employers to use E-Verify to check the legal status of all hires. Even Elizabeth Warren didn’t go that far. Bennet also agrees with Bernie that taxpayers should be forced to fund abortions.

When it mattered most, Michael Bennet, a member of the U.S. Senate Intelligence Committee, fully supported Biden’s disastrous surrender in Afghanistan. That incompetent catastrophe resulted in the slaughter of U.S. troops, gifted the enemy over a half million high-powered firearms and hundreds of attack aircraft, and left many Americans and Afghan allies behind enemy lines, at the mercy of the Taliban.

When everything was going to hell in Afghanistan, and there was a chance for Bennet to use his unique position to speak truth to power, he fled. Other Democrats such as Colorado Rep. Jason Crowe boldly spoke out against Biden’s incompetence. But Bennet even hid from his bestie Kyle Clark at 9NEWS, who was reduced to tweeting: “Bennet’s staff told us Wednesday, Thursday and today that he didn’t have time to answer our questions about Afghanistan.”

Coloradans across party lines want a senator who is courageous and effective. Not someone who hides under his desk in moments of crisis. A U.S. Senate seat is one of the most rare and powerful platforms in the world. Colorado should have a senator with the bravery, leadership skills and persuasive abilities it takes to use that precious seat as a force for good.

Coloradans on the left and right know that Michael Bennet has been “Senator irrelevant.” Bennet has been in the U.S. Senate for twelve full years. No one has ever done less with more. The small handful of “accomplishments” his team claims show a stunning lack of effectiveness, given the fact he’s been in office for 12 years, with an enormous taxpayer-funded staff, and the power and prestige of a U.S. senate seat.

Michael Bennet’s lack of influence, impact and effectiveness was emphatically confirmed by Democrats themselves in the 2020 presidential primaries. Bennet campaigned among Democrats for nine months, raised millions of dollars, and did more than 80 town halls outside Colorado. Bennet received zero percent of the vote in Iowa. Even in New Hampshire, he received only three tenths of one percent of the vote. After all of those months and millions, Democrats awarded Bennet as many delegates as Britney Spears: zero.

A good senator for Colorado is someone who does not vote with Bernie 97% of the time. And who has the guts and skills to be an effective force for Colorado values in the U.S. Senate and on the national stage. That can be someone from either party. But 12 wasted years have proven that it is not Michael Bennet.

Counterpoint: Alexis Menocal HarriganMichael Bennet is fighting — and winning — for Colorado’s kids and families. From a major tax cut for low-and middle-income families to historic investments in broadband and bold action on climate change, Michael has proven to be the champion we need fighting for us in the U.S. Senate.

I am the proud daughter of Mexican immigrants. I worked for Michael in 2013 when he was a member of The Gang of Eight, which crafted the bipartisan comprehensive immigration reform bill that passed the Senate and would have created a path to citizenship for millions of immigrants if it had passed the House. I saw firsthand how Michael treated families like mine — people who came to the U.S. in search of the American dream.

In 2014, when I was pregnant with my first child, my father was detained at the Aurora GEO private detention facility and faced deportation. I called on every available resource to keep my family together, including Michael and his office.

Michael’s office responded quickly and wrote a letter of support for my father that ultimately helped him stay with his family in the country we are proud to call home. I know he will continue the fight so that all of Colorado’s families and kids get a fair shot at living the American dream.

That’s why he became the architect of the Child Tax Credit expansion that now benefits 90% of Colorado families and will cut child poverty in half. The expansion of this tax credit, which Michael fought to include in the American Rescue Plan, is the largest investment Washington has made families and kids in generations.

I am the proud mother of two young boys, and our family has experienced relief since receiving the first two monthly Child Tax Credit payments. Our $550 monthly payment helps us cover the bulk of the $729 per month that we pay for preschool. It makes a huge difference for our family budget and lifts a weight off our shoulders about our finances.

The Child Tax Credit is helping our state’s economy recover, too. As families use the money to pay for rent, buy groceries, and pick up school supplies, they are putting money back into local economies. In August, over $254 million was distributed to eligible Colorado families.

During the pandemic Michael traveled to all 64 Colorado counties and saw the challenges families and kids faced while working from home and attending school online. My family felt the struggle often. When we were using the internet at once, my son would often yell from the dining room table, “Mom, the computer is getting glitchy, again!”

Michael took these lessons back to Washington, where he led the effort to include the largest investment in broadband in our country’s history in the bipartisan infrastructure bill that recently passed the Senate. If it passes the House, the package will send billions of dollars to help states increase access to affordable, high-speed broadband across the country.

And Michael isn’t just fighting for Colorado families and kids now, he is fighting for our future. I worry about the air my kids are breathing and what our beautiful state will look like when they are adults with kids of their own. Michael is pushing for bold climate action, including significant investments in our forests and watersheds in the next budget package to help keep our air clean, protect our water supply, and safeguard our forests from wildfire.

We need Michael Bennet in the U.S. Senate because when he fights to create a better life for Colorado families and kids, we all win.

Dan Caplis is an award-winning trial lawyer and syndicated talk show host based in Denver. “The Dan Caplis Show” airs 4-6 p.m. Mountain on iHeart stations including 590 KCSJ and 630 KHOW. Alexis Menocal Harrigan is a Denver mom of two who has worked in education policy and advocacy at the local, state, and national levels.

Dan Caplis is an award-winning trial lawyer and syndicated talk show host based in Denver. The Dan Caplis Show airs 4:00-6:00 PM Mountain on iHeart stations including 590 KCSJ and 630 KHOW. Alexis Menocal Harrigan is a Denver mom of two who has worked in education policy and advocacy at the local, state, and national levels.

LETTERS: Colorado Springs has too much of everything; they do this every year