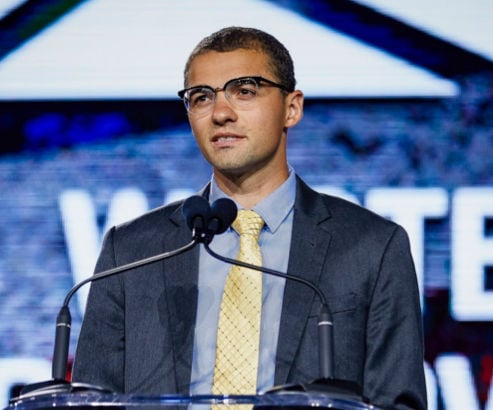 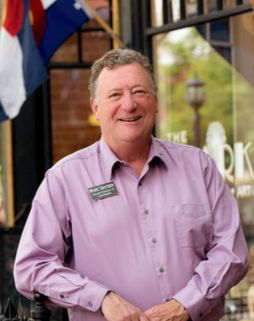 The cost of living in Colorado is on the rise. Not only are health care and housing costs more expensive, but taxes and fees are also contributing to this spike in expenses. On top of that, we now find ourselves in the midst of a recession. For our economy to fully recover, we’ll need to enact sensible policies that will allow families and small businesses to bounce back stronger than ever.

One of those policies is Initiative No. 295, the “Vote on Fees” Initiative. This ballot issue would require voter approval for new state enterprises where the revenue from fees or surcharges is more than $100 million over the first five years.

Put simply, if new, big state fees are going to be charged to Coloradans, voters will have to approve them first.

For years, legislators have gone around our Taxpayer’s Bill of Rights — mainly because they keep losing when they try to pass tax hikes at the ballot. We know that TABOR is very popular — and the most popular part of it is the ability to vote on taxes.

A majority of Republicans, Democrats, and unaffiliated voters believe that the Legislature should ask for their consent before raising taxes.

The “Vote on Fees” Initiative would strengthen that very part of TABOR and help ensure that legislators can’t just circumvent it whenever they want more revenue. It’s a reasonable way to hold politicians accountable.

So how bad has the fee problem gotten? Well, the Common Sense Institute recently put out a study that found that since 2000, enterprise fees have risen four times faster than the general fund. The part of our budget that comes from fees now equals $3,136 per Coloradan.

This is because, over the years, legislators and the courts have eroded TABOR. Whether it was FASTER (increased car registration) Fees, the Hospital Provider Fee, or the recently passed Health Insurance Affordability Enterprise, the Legislature has found creative ways to raise hundreds of millions of dollars in taxes without asking. And the courts have basically found that as long as the “enterprise” has its separate bank account, it’s permissible.

Legislators have been clear that the worst is yet to come. With the state facing a budget shortfall, and with tax increases unlikely to pass on the ballot this year, legislators will be desperate to find ways to get more of our money.

They have floated ideas for a “gas fee,” a “carbon fee,” and a fee for family leave (which is now going to the ballot instead). If this issue isn’t addressed now, we will see fees on all kinds of businesses and individuals increase without voter approval.

When crafting this initiative, we were careful enough to only target new state enterprises. This means that localities will not be touched by this, and neither will existing enterprises, like higher education or the lottery.

This initiative is crucial right now because we know that how we respond to this recession will have a long-term impact on our state. TABOR has withstood the test of time for a reason. Our economy is No. 1 in the country, at least partially because we have kept tax rates low. We need to do the same with fees.

Whether something is labeled a “tax” or a “fee,” it still comes out of our pockets. With the “Vote on Fee” Initiative, all we want to do is leave it up to the voters to decide. Vote “yes” in November.

I write today in strong opposition to Proposed Ballot Initiative 2019-2020 No. 295 (Initiative No. 295), which titles were set on April 1 by the Colorado Title Setting Board and for which signatures are being collected. Initiative No. 295 is unofficially captioned “Voter Approval Requirement for Creation of Certain Fee-Based Enterprises.” It purports to simply place TABOR tax restrictions on fee-based enterprises, which were specifically exempted by the original TABOR language approved by Colorado voters in 1992. Legal enterprise funds have rightly remained exempted from TABOR budgetary calculations ever since.

In fact, Initiative No. 295 is just the latest in a long line of failed attempts at the ballot and in the courts to defund our state budget and to deny Coloradans access to essential services such as health care, higher education, unemployment compensation, parks & wildlife and so much more.

All 50 state governments in one way or another utilize fees and charges to supplement revenue to provide important services and programs to its residents.

While Colorado uses them slightly more than the national average, many states, including four of our neighboring states, use them even more.

However, fee-based enterprise funds are unique to Colorado and are definitively authorized by our state constitution under TABOR. A legal enterprise fund in Colorado is a specific type of “state-owned business,” housed in an existing state agency and run by a state employee.

Revenues must come primarily from user fees and only up to 10% may come from state and local governments grants combined. Enterprises cannot levy taxes, must provide goods and services in exchange for fees and must have the authority to bond based upon the projected revenue.

Since the passage of TABOR on its third attempt in 1992, Colorado has had no choice but to increasingly rely upon enterprise funds to provide essential goods and services to Coloradans.

We have 16 qualified state enterprise funds. Each has a similar story to the following two leading examples. About 70% of enterprise revenues go to supporting higher education.

Without these revenues many of our small public colleges and universities, especially those serving rural Colorado, would have closed.

About 20% of enterprise revenues go into the “Colorado Healthcare Affordability and Sustainability Enterprise” (Hospital Provider Fee), which are matched by the federal government dollar for dollar and has allowed hundreds of thousands of Coloradans to acquire health insurance. Without these revenues most if not all rural hospitals in Colorado would have closed.

The proponents of Initiative No. 295 will assuredly claim that they only seek to empower Colorado voters and accuse opponents of not trusting the voters to decide for themselves.

Ironically, it is the proponents who display their lack of trust through this poorly worded and confusing initiative that cherry picks certain provisions of TABOR that they just don’t like.

In 1992, Colorado voters approved TABOR as a whole package that completely overhauled how we finance state government and specifically excluded fee-based enterprise revenue from TABOR restrictions. As it stands alone, Initiative No. 295 is a slap in the face to Colorado citizens and taxpayers.

If the proponents are serious about reforming how we collect and spend revenue, those of us who follow Colorado’s finances will welcome them to the table. Let’s put it all on the table including Gallagher, Amendment 23 and, yes, even TABOR itself. Let us work together toward a more equitable and fair revenue model that unleashes the vast potential of private enterprise while offering an overdue hand up to disadvantaged communities.

I respectfully request that you “decline to sign” the petition and if it does make the ballot to please vote NO on Initiative No. 295.

Michael Fields is the executive director of Colorado Rising State Action and a sponsor of the “Vote on Fees” Initiative. Marc Snyder represents House District 18 in the Colorado General Assembly. He served on the Manitou Springs City Council and as mayor.