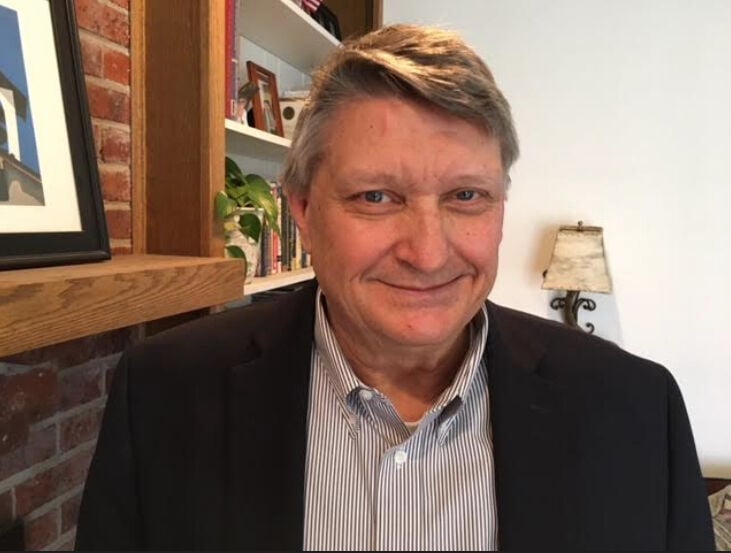 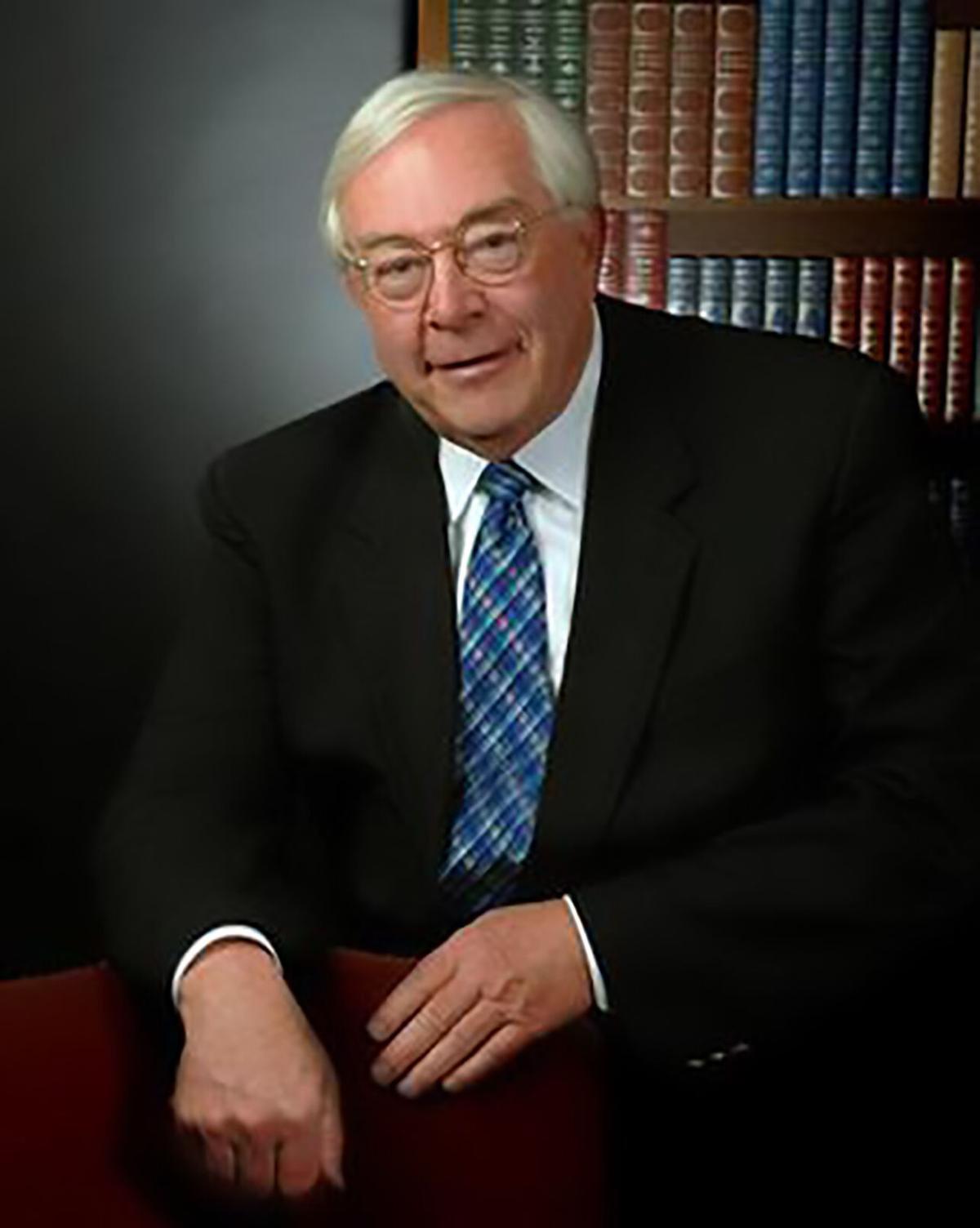 The proposed repeal of the Gallagher Amendment (Referendum B on the November ballot) is an important question for fiscally conservative Republicans such as me.

I strongly support our TABOR (Taxpayers Bill of Rights) law that has done so much to restrain the growth, cost and scope of state and local government for the past 28 years. And it requires a vote of the people to approve new tax increases.

I strongly support Proposition 117, which would require a vote on “fees” that exceed $100 million in the first five years. Democratic legislative majorities have undermined TABOR by their new strategy of defining tax increases as “fees” to deny the people the right to vote which certainly violates the spirit and the letter of the TABOR law.

I support Proposition 116, which would reduce the state income tax from 4.67 percent to 4.55 percent.

And I believe the repeal of the Gallagher Amendment is necessary to keep the property tax burden from dramatically increasing on our small businesses, farms and ranches.

When Gallagher was passed by voters in 1982, homeowners and small businesses were under assault with dramatically increasing property taxes. The amendment stabilized and protected homeowners. But as Colorado has changed, small businesses — especially in rural Colorado — are dramatic losers under the Gallagher Amendment.

Gallagher’s burdened small businesses for many years, but in the midst of COVID-caused shutdown, the one-way ratchet of higher taxes on local job-creators is especially cruel. If Gallagher is not repealed, property taxes will be a nail in the coffin of many small businesses.

Repeal of Gallagher would freeze residential property assessments at their current rates for homeowners and businesses. Those tax rates cannot be increased without a vote of the people as required under our TABOR law. This is why Amendment B is a responsible solution — if B passes, the formulas in Gallagher that punish business will be gone, while the tax rates that have given Colorado the third lowest property taxes in the nation stay the same.

Defenders of Gallagher characterize the proposed repeal as a tax increase because residential property would go down to 5.88 percent if the amendment remains law. But the share of property taxes paid by small businesses, farms and ranches —which are under tremendous pressure due to the pandemic and the continued assault by the Democratic-controlled state Legislature with regulations and expensive new mandates —would dramatically increase.

Is it fair to demand that our hardworking small business owners, farmers and ranchers carry even more of the state’s property tax burden, especially now? These folks are the backbone of our state’s economy, and they are under assault from increasing state and national regulatory burdens and expensive new mandates.

There is no doubt that current and future Democratic governors and legislators will continue their assault on TABOR. This will be a fight for fiscal conservatives who do not want our state to become California or New York.

But repeal of the Gallagher Amendment transcends that fundamental fiscal battle. Colorado’s small business owners, farmers and ranchers deserve to be treated more equitably under our tax laws.

I encourage my fellow Republicans to support the repeal of the outdated and unfair Gallagher Amendment. Please vote “Yes” on Amendment B.

Repeal of the Gallagher Amendment, Amendment B on the November 3rd ballot, will cause a huge property tax increase to the homeowners/renters of Colorado. According to the Colorado property tax administrator, property taxes for homeowners next year will go up $203 million if Gallagher is repealed. Over the next five years, the increase will total more than $1.02 billion.

Your legislators have proposed this huge property tax increase. They are hoping with all the distractions facing us that you will not find out the truth. They talk about rates — not the amount of additional money that repeal will cost us individual homeowners and renters.

The Gallagher Amendment passed in 1982 has saved Colorado’s residential property owners and renters $35 billion since passage. They want it repealed so that those savings end and they have additional monies to spend.

Perhaps the “unkindest cut of all,” to borrow a line from Shakespeare’s “Julius Caesar,” is the ballot title itself, which starts: “Without increasing property tax rates...” By mentioning rates rather than taxes paid, the legislators hide the true intent of Amendment B’s repeal of the Gallagher Amendment. That’s the big lie about Amendment B’s repeal of Gallagher.

Repeal of Gallagher will give large corporations in Colorado millions of dollars in tax decreases. Does Amazon need another tax break? Amazon Corporation did not pay a single dime in federal income taxes last year and now the state of Colorado wants you to vote them another tax break.

Does that make you as mad as it makes me?

This is just a plain dumb time to add more taxes onto Colorado homeowners and renters. With our economy in distress, 32% of citizens nationally behind in their mortgages, 12% of our state’s fellow residents unable to pay their rents, and almost 10% of Coloradans unemployed — this is not the time to increase property taxes.

If you vote NO on “B,” you are not alone. The Aurora Sentinel recommends a NO vote on Amendment B, as do 21 Republican legislators and all the Democratic sponsors of the original Gallagher Amendment. And Dickey Lee Hullinghorst, former Colorado Democratic Speaker of the House of Representatives is recommending a NO vote on Amendment B. This is a bipartisan effort to keep our property taxes from increasing. Tell your friends and neighbors.

I told the legislators, just be honest with the voters. Tell them you need more tax dollars and here is about how much we need. Being honest and open and fully transparent with the voters of Colorado is the best scenario.

Coloradans have faced down two horrendous world wars, Vietnam, Korea, searing droughts, destructive forest fires, recessions, and now a worldwide pandemic. These brave citizens will be able to face up to a possible property tax increase request, if they believe they can afford it. Don’t try to hide it from them.

Vote NO on Amendment B. Keep the Gallagher Amendment in the Constitution and keep our property taxes from increasing by over $203 million next year.

Dick Wadhams is a former Colorado Republican state chairman who managed campaigns for Gov. Bill Owens and U.S. Sens. Hank Brown and Wayne Allard. Dennis Gallagher, then a Colorado state senator, sponsored the Gallagher Amendment as a legislative referendum in 1982.