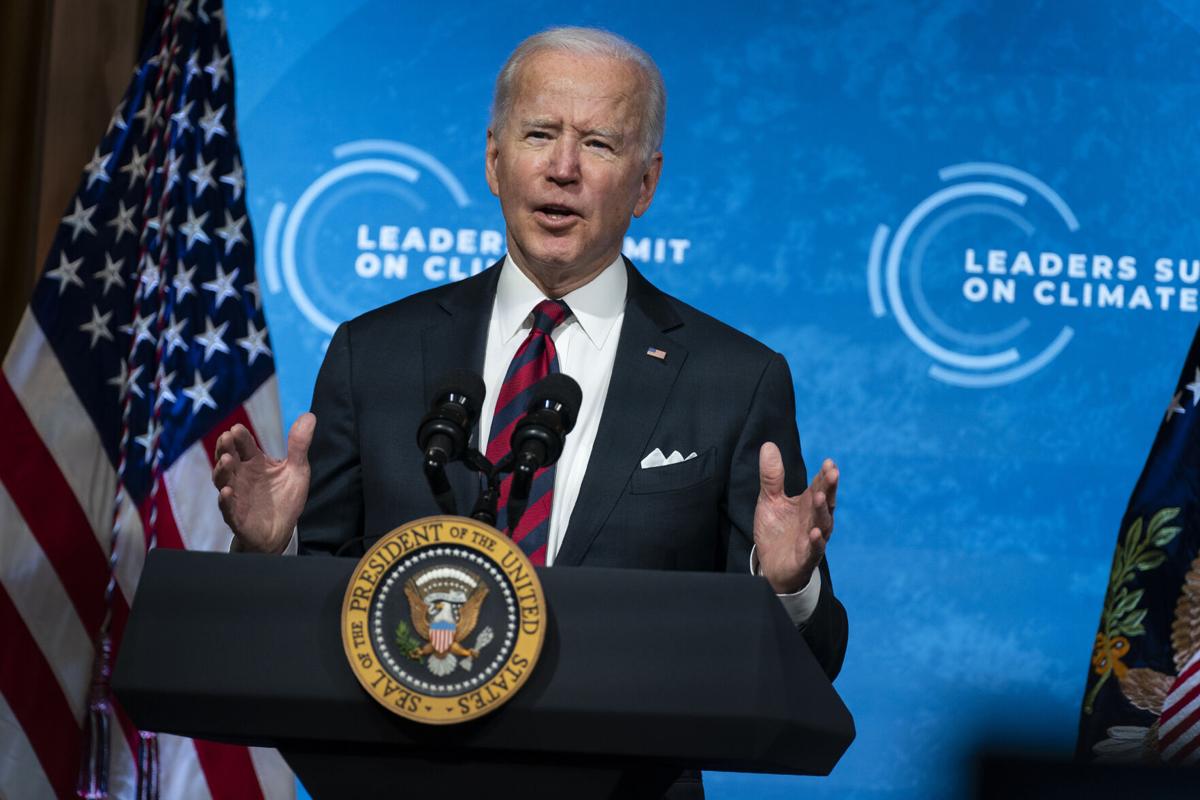 President Joe Biden speaks to the virtual Leaders Summit on Climate from the East Room of the White House last week in Washington. 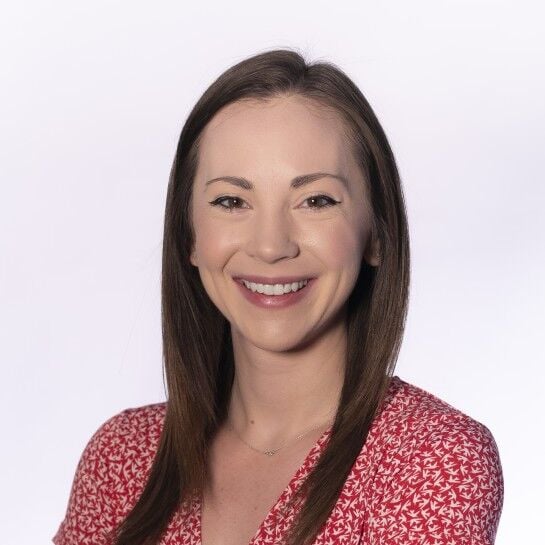 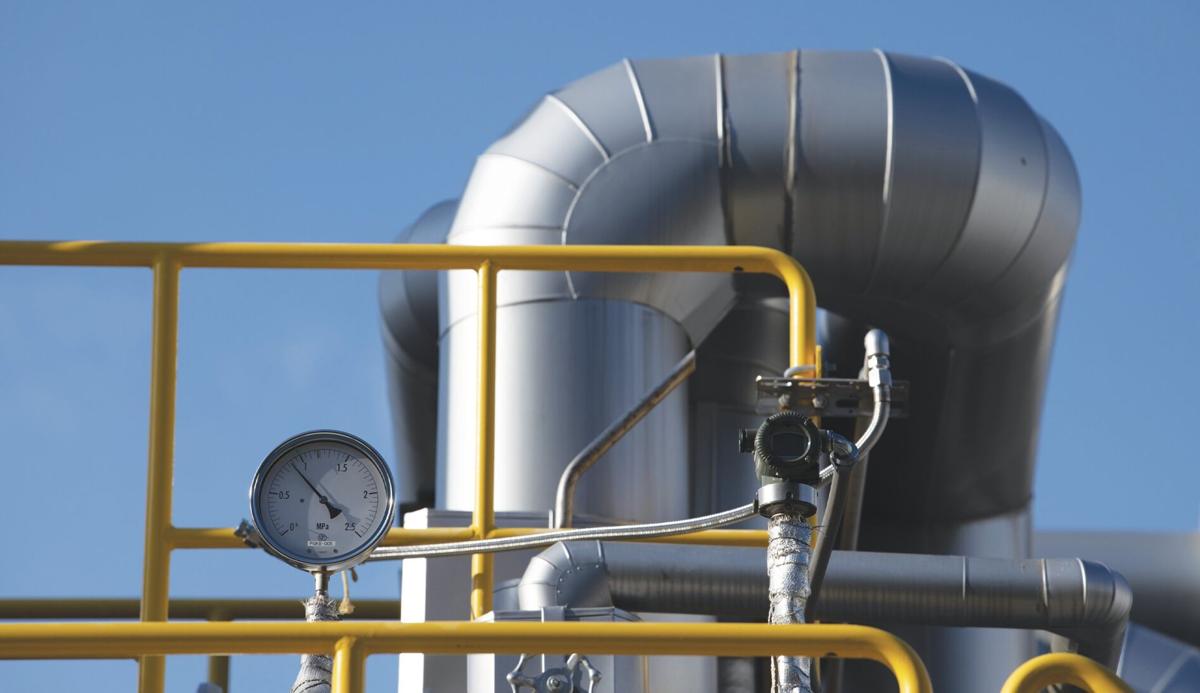 President Joe Biden speaks to the virtual Leaders Summit on Climate from the East Room of the White House last week in Washington.

The Biden administration and all types of industry see developing a domestic hydrogen economy as a linchpin in the effort to eliminate U.S. emissions by 2050.

The uptick in interest in the technology comes as many governments and companies have set their sights on reaching net-zero emissions by the middle of the century. To achieve that goal, they’ll have to find ways to decarbonize the hardest-to-abate sectors, such as heavy-duty trucking, marine shipping and industrial manufacturing.

Hydrogen increasingly looks like the answer because it’s a versatile, zero-carbon fuel, so long as it can be produced without emitting carbon.

“Hydrogen is the Swiss Army knife of decarbonization,” added Friedmann, who served as the principal deputy assistant secretary for the Energy Department’s Office of Fossil Energy in the Obama administration.

For example, hydrogen can be used in a fuel cell to power a heavy-duty truck. It can be converted into ammonia, which can then be used to fuel a cargo ship. Hydrogen can be blended into natural gas and run through a gas turbine to generate electricity. It can serve as a replacement fuel for steel, cement, chemical, and other manufacturing plants that can’t be easily electrified. Hydrogen can even store energy, acting similar to a long-duration battery to provide power to the grid when renewable energy is in short supply.

The challenge, however, is scaling the technology. To do so will require a concerted policy effort to help drive down the costs of producing carbon-free hydrogen, according to energy analysts and industry representatives.

“In terms of the policy environment, hydrogen is a little bit of a blank slate, which is a challenge and an opportunity,” said Paul Wilkins, senior director of federal government relations for Bloom Energy, which manufactures fuel cells and electrolyzers. “We’d love to see the administration put together a national hydrogen strategy.”

The details are sparse, but Wilkins and others in the industry working on hydrogen say that such policies could help spur more private investment in the technology.

Even so, Biden’s proposals thus far pale in comparison to comprehensive hydrogen road maps that other countries, such as Australia and Chile, are putting into place.

The European Union, as part of its European Green Deal, is investing massively in hydrogen, with an aggressive goal of deploying 40 gigawatts of electrolyzers, which are used to split water into hydrogen and oxygen, by 2030. That government commitment to support hydrogen is already driving private investment. Cummins, for example, is helping run hydrogen-powered trains in Europe, said Traci Kraus, the company’s director of government relations.

These other countries are focusing on hydrogen not only to decarbonize their industries but also to take advantage of a future export market. Japan, which doesn’t have many energy resources of its own to extract, is planning to rely heavily on hydrogen as a replacement fuel in nearly everything, including vehicles, power plants, and industrial manufacturing, which Friedmann said creates a new market pull for the fuel. Other smaller Asian nations, such as South Korea and Singapore, are soon to follow. Right now, Japan is working with Australia, which could provide much of its hydrogen, but hydrogen advocates see an eventual opportunity for the United States to supply hydrogen abroad, if the federal government commits to support the technology.

“The U.S. has not created the market signals that say, ‘We’re serious about this. We’re going to create the green hydrogen economy. This is how it fits into our larger energy policy and energy road map,’” said Janice Lin, founder and CEO of the Green Hydrogen Coalition.

“And absent that signal, today the investment’s going elsewhere.”

Where hydrogen stands todayThe U.S. produces 10 million tons of hydrogen each year, one-seventh of the global supply. Roughly half of that hydrogen is used in oil refining, and most of the other half is used in fertilizer production. Already, there are a few thousand miles of hydrogen pipelines in the U.S. in the Gulf Coast and California, largely connecting oil refineries.

That scale, however, is far insufficient to what energy analysts and industry representatives have said will be needed in a net-zero emissions world. That developing market for hydrogen is large, “somewhere on the order of a gigaton of hydrogen,” said Jonathan Lewis, senior counsel and climate specialist at the Clean Air Task Force.

In addition, most hydrogen in the U.S. is produced from natural gas by exposing methane to high-temperature steam.

Both low-carbon hydrogen production methods, however, remain too expensive to be widely commercialized, as the costs of carbon capture equipment and electrolyzers are high.

The Energy Department sees an opportunity for the U.S. to increase its hydrogen production capacity by two to four times, said Sunita Satyapal, who directs the Hydrogen and Fuel Cell Technologies Office in the Energy Department’s Office of Energy Efficiency and Renewable Energy.

Satyapal said the department recently launched a consortium and research effort dedicated to driving down the cost of electrolyzers. The Energy Department is aiming to cut the costs of green hydrogen production by two to three times, making it competitive with hydrogen produced from natural gas without carbon capture.

The Energy Department has been launching some hydrogen production pilot projects, and it is exploring pilot projects for various end uses of hydrogen, including a data center, marine shipping, steel manufacturing, and heavy-duty vehicles, she said.

The mission with the proposals in Biden’s infrastructure plan would be “ramping up the scale through these additional demonstration and more deployment-oriented efforts,” Satyapal said.

How to get to scale

Energy analysts and industry representatives are hoping the Biden administration will go even bigger with its support for the technology.

“Clean hydrogen is going to take 10 to 15 years to be cost competitive, and we need to be investing now to start driving down the cost,” said David Hart, a senior fellow at the Information Technology and Innovation Foundation and a professor at George Mason University. He drew a parallel to U.S. policies that helped slash the cost of solar energy.

“It’s taken 15 or 20 years of pretty significant subsidies to get it down to the point where, hopefully, the public sector can get out of the solar business and let the private sector take over because it’s so competitive,” said Hart, who worked on innovation policy in the Obama White House. “With hydrogen, I think we’re looking at that kind of a timeline.”

Ultimately, policies should be seeking to prompt much greater private investment in the technology because that is what will truly bring scale, said Dave Edwards, director and advocate for hydrogen energy at Air Liquide, a supplier of industrial gases, including hydrogen.

“Things like a production tax credit or an investment tax credit or other things that really promote businesses to de-risk and make these big investments from a private perspective, that’s really how the energy transition will take,” he added.

“We always prefer policies that are technology neutral but focus on end goals,” said Kraus of Cummins. She added that any tax credit or incentive for hydrogen should focus broadly on the “carbon content” of the fuel rather than the energy source used to produce it.

Cummins, which is exploring hydrogen for use in heavy-duty trucking, trains, and industrial applications, operates a 5-megawatt electrolyzer in Washington state that produces green hydrogen, the largest in the country.

How hydrogen could transform regionsIn addition to its versatility, hydrogen offers another opportunity: It can transform heavy-polluted regions such as port towns in Southern California or areas similar to the Gulf Coast that are stacked with manufacturing plants.

The Energy Department, environmental advocates and the industry are exploring establishing “hydrogen hubs,” linking the production and end use of hydrogen to create highly localized economies. Lewis of the Clean Air Task Force said it’s a concept his group is floating with members of Congress, suggesting that it would allow hydrogen to scale more quickly.

Biden, in his infrastructure plan, acknowledges this possibility. The 15 pilot projects he proposes would be in “distressed communities.”

In practice, that could mean shifting port towns, some of the most polluted regions, to run entirely on hydrogen, from the cargo ships docking in their waters and trucks picking up deliveries to the power plants providing electricity, said Lin of the Green Hydrogen Coalition. Introducing hydrogen into those towns would stimulate construction, creating jobs, economic development, and a hydrogen export industry, she added.

Natural gas companies also see hydrogen as an opportunity to repurpose their existing infrastructure, avoiding stranded assets and lost jobs. Low levels of hydrogen can already be blended into the natural gas supply and transported through existing gas pipelines.

The U.S. is also home to a first-of-its-kind hydrogen-to-power project.

The project, which is owned by the Intermountain Power Agency and operated by the Los Angeles Department of Water and Power, the main purchaser of the power, will shutter 1,800 megawatts of coal power and replace it with 840 megawatts of gas and hydrogen power.

When the project comes online in 2025, it will use 30% hydrogen, all of it produced from renewable energy, with plans to get to 100% hydrogen by 2045, said John Ward, a spokesman for the Intermountain Power Agency.

Ward said the project was largely driven by the aggressive climate goals of California, which is striving for carbon-free power by 2045, and a desire to retain as many of the jobs offered by the coal facilities in the small Utah town as possible.

About 400 employees operate the coal facilities, and roughly 150 of those skilled workers would be retained to operate the natural gas and hydrogen operations, said Paul Schultz, director of power external resources at the Los Angeles Department of Water and Power.

“It’s not just an investment in clean energy, but the idea would be to invest in the workforce that’s already well trained at that facility,” Schultz added.

Overall, government officials, industry, and clean energy advocates agree: This moment is different for hydrogen, and the interest and investment are here to stay.

“Some of the running jokes you’d hear about hydrogen being the ‘fuel of the future and always will be’ — nobody’s saying those kinds of things anymore,” Edwards of Air Liquide said. “This is very much the present.”

Abby Smith is an energy and environment reporter for the Washington Examiner and co-writes the Daily on Energy newsletter.

Abby Smith is an energy and environment reporter for the Washington Examiner and co-writes the Daily on Energy newsletter.