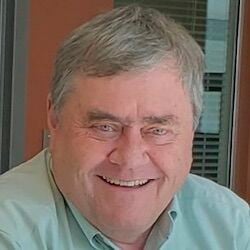 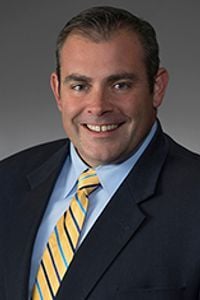 It’s no secret that Colorado’s transportation system is failing. It was built for a population of 3 million, Colorado is at 5 million and our state is headed toward 8 million over the next quarter century. Twenty percent of major urban roads and highways are in poor condition, and the quality of our rural roads ranks 47th nationwide.

That’s why it’s important that we unite as leaders, even if from different sides of the aisle with vastly different constituencies, around finding a solution to our unsafe roads and traffic congestion. Senate Bill 260, which recently passed out of the Senate Finance Committee, is the best shot we have at a bipartisan solution.

The bill originated from an effort by the Colorado Department of Transportation to create a 10-year plan. Through creating this plan, CDOT visited all 64 Colorado counties to listen to users of our transportation system. The plan that CDOT developed injects much-needed accountability and balance into creating a sustainable funding mechanism for Colorado’s growing transportation needs.

SB260 would deliver an increase in the general fund commitment equal to $200 million on average over the first five years after it’s enacted — and, even more, there is an opportunity to consider additional general fund commitment after the fifth year. The bill, as it reads, would increase the electric vehicle fee to reach parity with liquid-powered vehicles and would adjust the fuel and diesel road use fees to achieve equity.

The package provides for an additional $1.4 billion in general fund and stimulus commitment to CDOT in the first 10 years. Just as important, the fees in the bill will generate almost $1 billion in highway users tax fund revenues for counties and municipalities to repair local roads and bridges.

For rural areas, CDOT’s 10-Year Plan would aid with the repair and enhancement of long-neglected rural highways and bridges. Coloradans and our 85.2 million visitors each year depend on our rural roads and highways to visit the places we love — the places that make Colorado, well, Colorado. Those who live in rural Colorado depend on these rural roads and highways to deliver essential goods like food, building materials, fuel and more. Our state’s economic vibrancy depends on the ability to move goods and people across the state.

On the Front Range, Coloradans are stuck in a perpetual traffic jam and missing out on life’s moments — big and small. Years of kicking the transportation can down the road led to this, and without a serious solution, our state’s workers can look forward to spending even more time behind the wheel in a five mile-per-hour traffic jam.

At the same time, this legislation brings environmental improvements to our roadways. We know it’s a reality that people must drive, but offering alternatives to driving as well as pollution reduction is a priority among Front Range residents.

Despite the benefits this legislation offers Colorado residents, no legislation is perfect. It’s impossible to write a bill without disappointing one group or another. This bill is the closest thing we have to forward motion on Colorado’s long-standing transportation challenges.

While we are on different ends of the political spectrum, we can agree that delivering a well-run transportation system for the people of Colorado is critical and a core function of government.

The faster we can begin these essential projects, the faster Coloradans can begin to enjoy life again. This transportation plan is long overdue. Coloradans have felt the pain of traffic delays, inconvenience and frustration with the lack of a solution.

If passed, this funding mechanism will set Colorado on a path forward after stalling for literally decades in some areas of the state. As we recover from the pandemic and related economic issues, this plan will place Colorado on the road to recovery.

As of mid-afternoon, lawmakers had been debating the bill for nearly four hours, as Republicans proposed a string of amendments that were each voted down by the Democratic majority, including putting the fees on the ballot and spending less on electric vehicles.