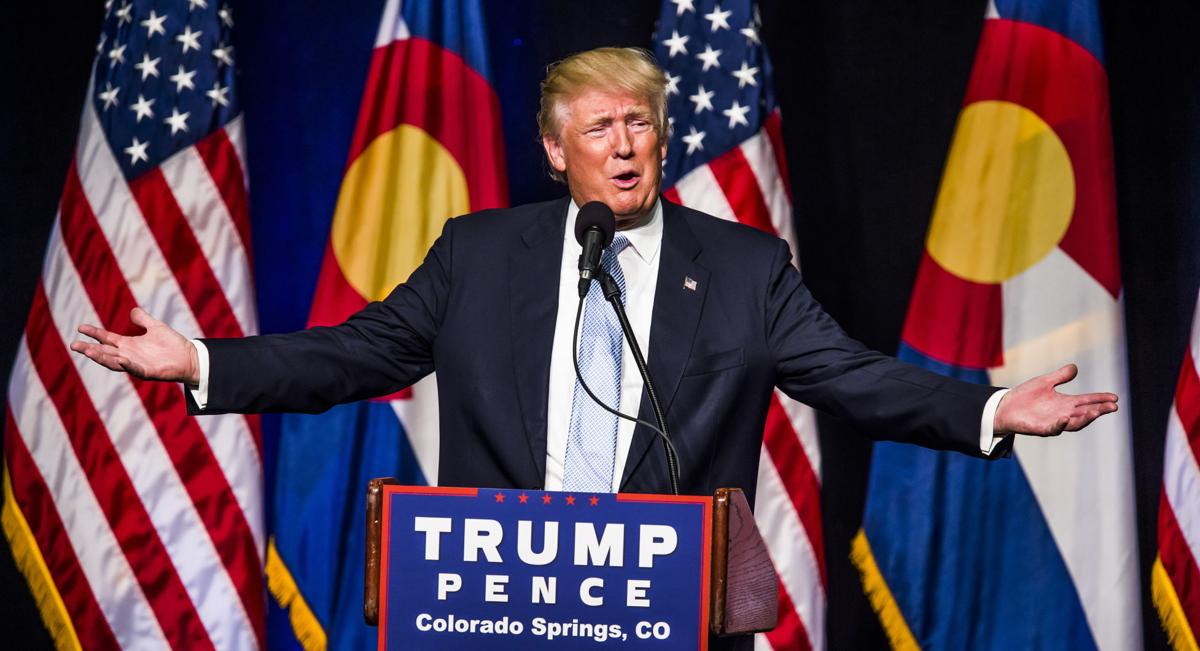 Donald Trump speaks July 29, 2016, at the Gallogly Events Center at the University of Colorado at Colorado Springs. 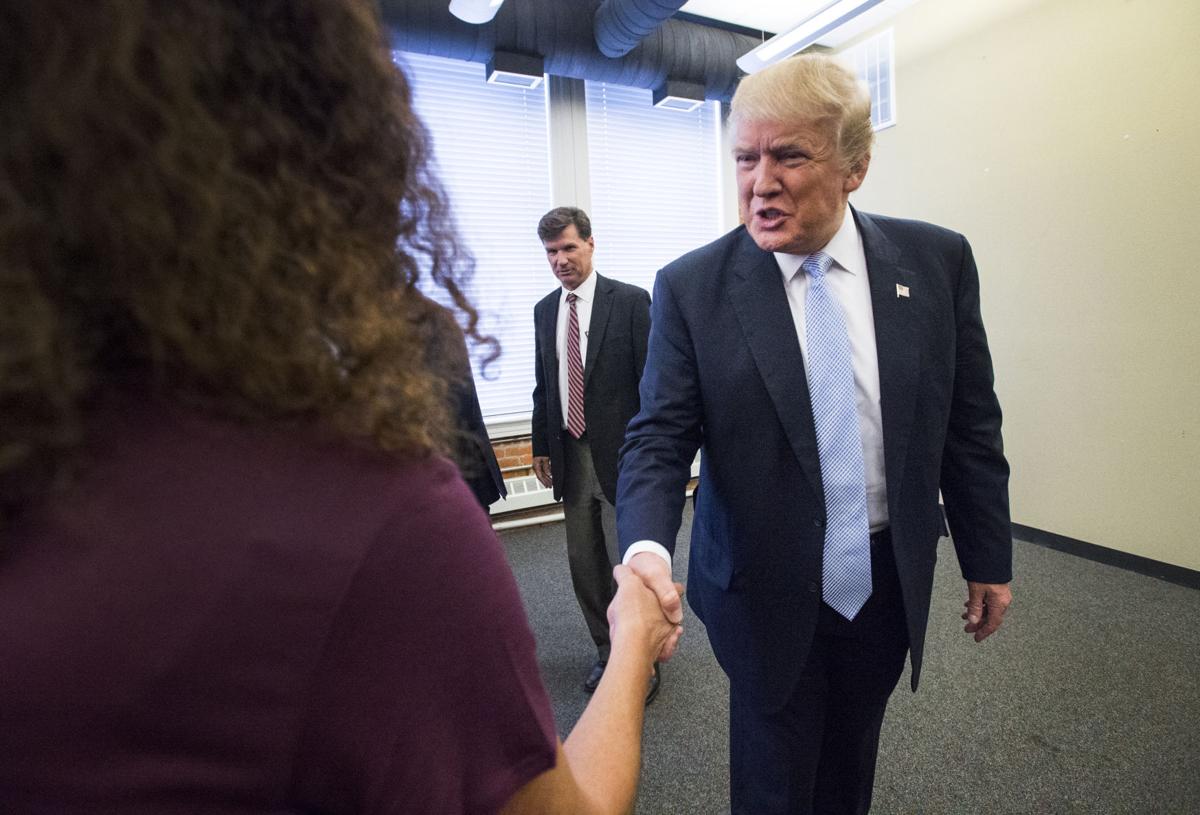 Presidential candidate Donald Trump meets with the editorial board of The Gazette Friday, July 29, 2016, before a rally at the University of Colorado at Colorado Springs. (The Gazette, Christian Murdock)

Donald Trump speaks July 29, 2016, at the Gallogly Events Center at the University of Colorado at Colorado Springs.

Presidential candidate Donald Trump meets with the editorial board of The Gazette Friday, July 29, 2016, before a rally at the University of Colorado at Colorado Springs. (The Gazette, Christian Murdock)

Welcome, President Donald Trump, to Colorado Springs. Thanks for traveling to help our community celebrate and honor the U.S. Air Force Academy’s Class of 2019.

Trump will address cadets and guests at today’s graduation ceremony at Falcon Stadium.

We hope the president brings good news about the future of Colorado Springs as the permanent home of U.S. Space Command and other military space operations. Today’s young graduating cadets will increasingly encounter new and modern space challenges as they mature into careers that draw upon their academic foundations formed at one of the country’s most elite institutions of higher education.

As the commander-in-chief probably knows, he visits today the hub of advanced aerospace science and technology. One can search the country over and find no place more prepared to facilitate growth in military space operations, including the expansion of Space Command and the potential addition of Space Force.

Trump also visits the county that gave him his third-largest margin of victory nationally in absolute numbers in 2016. During the campaign, Trump cared enough about the Springs to spend nearly an hour with The Gazette’s editorial board explaining his plan to cut taxes and regulations, grow the economy and end the war on fossil fuels. He delivered on those promises and more.

Today’s focus should be the future leaders of the Air Force. They care intensely about the science and technology of the cosmos, which may best define the future of Colorado Springs and the Pikes Peak region as outer space becomes the future battle frontier.

In addition to the Air Force Academy, this community serves as the honored host of Air Force Space Command — the primary space force of the United States Armed Forces — and the recently recommissioned U.S. Space Command.

Space Symposium, the world’s premier aerospace convention, meets annually in the Springs because of its stature as the natural pole star of space defense. The symposium attracts the brightest scholars, scientists, engineers, pilots, astronauts, teachers, professors, students, technicians, entrepreneurs, and others who come here to share ideas and form lasting relationships that make our country an invulnerable force and steward of freedom.

President Trump, our community welcomes and supports your wise efforts to expand and improve the government’s military space assets and preparedness. We are ready, prepared and anxious to host, serve and assist. Welcome to Colorado Springs, where the sky is never the limit.