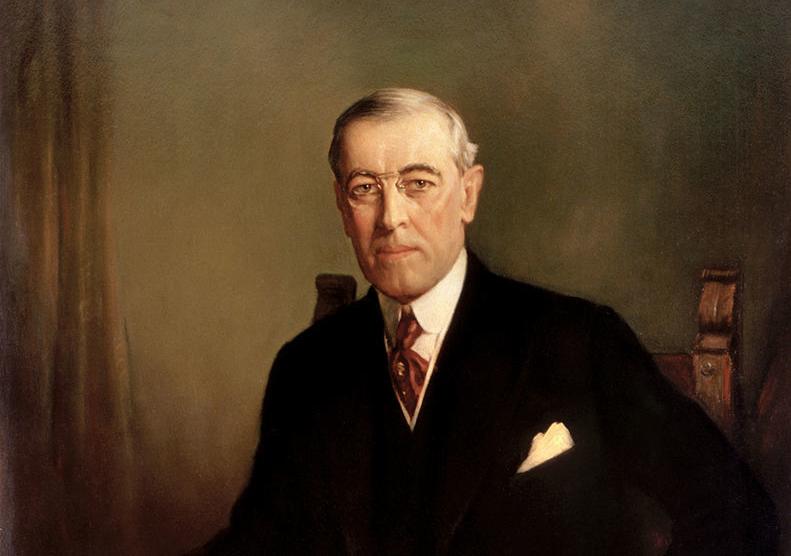 Woodrow Wilson, the 28th president of the U.S. 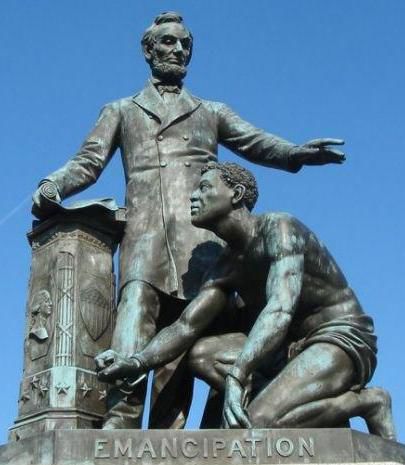 The Emancipation Memorial, which stands in Lincoln Park in Washington. Public Domain photo.

Woodrow Wilson, the 28th president of the U.S.

The Emancipation Memorial, which stands in Lincoln Park in Washington. Public Domain photo.

The witch hunt for long-dead men deemed racist has no logical bounds and is tainted with selective hypocrisy.

Activists want to remove the Emancipation Statue in Washington’s Lincoln Park because it glorifies President Abraham Lincoln and not the efforts of slaves who fought for freedom. Removal would be a crime against humanity and an injustice to all who fought and died to end slavery.

A genuine movement to denounce past racism would find more legitimate targets than the Republican president who emancipated slaves. It would educate the public without property destruction.

An obvious target conveniently overlooked is former Democratic President Woodrow Wilson, the godfather of modern liberalism. He was a certifiable racist by the standards of any era, yet few left-wing moralizers try to deglorify his name.

The power of cancel culture changes society by erasing important history. Self-appointed moralists forcibly determine which legacies deserve to continue and which must get trashed as the country mourns the loss of George Floyd, a black man killed by Minneapolis police, and other injustices suffered by minorities.

Statues come down if they memorialize someone who fought for the confederacy. They are spray-painted, broken and burned. Even the statue of Gen. William Jackson Palmer, a civil rights warrior, is not safe from activists who consider powerful white men of the past sources of problems today — no matter what they did.

The vandalism must stop. Destruction of art, including offensive art, is the work of cowards who fear that which makes them uncomfortable. These are the type of people who burn books they don’t agree with.

Even worse, this movement of ill-informed bullies gives de facto approval to blatantly racist men who survive the moralizers’ cleansing. They will topple an abolitionist Republican president who served in the 1800s while accepting contemporary racists embraced by the Democratic establishment today.

Before his election as president in 1913, Wilson served as president of Princeton — ranked the country’s top university in 2020 by U.S. News & World Report. The university hosts the residential Wilson College and the Woodrow Wilson School of Public and International Affairs.

As this respected university enshrines a racist, young minds should logically conclude progressive liberal Democrats get an establishment pass on racist behavior. After all, Democratic Virginia Gov. Ralph Northam has a history of blackface and remains a leader in his party. Ditto, regarding liberal Canadian Prime Minister Justin Trudeau — reelected after pictures of blackface emerged.

Wilson was shockingly racist, even in the context of a 1920s society that had not battled for civil rights, desegregation and a federal civil rights act.

At Princeton, Wilson forbade the admission of blacks. In the White House, he expanded segregation. He separated black federal workers from their white colleagues. He defended separate black and white restrooms. Wilson’s segregation led to a black employee, who could not be moved because of the nature of his job, working with a metal cage around his desk.

The Black Justice League organized protests at Princeton in 2015 to demand the removal of Wilson’s name from campus. The university took a pass to protect a progressive icon.

A neighborhood in Denver no longer will tolerate the name “Stapleton” because Denver’s former Democratic Mayor Benjamin Stapleton briefly belonged to the Ku Klux Klan before renouncing and turning on the hate club.

The Colorado Legislature this year eliminated Columbus Day because the Italian explorer Christopher Columbus harmed indigenous people in the 1400s. The Denver City Council might rename Columbus Park. Grand Junction might eliminate a statue of former U.S. Senator and Daily Sentinel owner Walter Walker, who invited the Ku Klux Klan to town and later turned on the group.

All of that and more must go, we’re told, as left-wing activists take no issue with racists near and dear to academia, the mainstream national press and other left-wing institutions.

Rational Americans should feel sick when rioters destroy any work of historical art. Conversely, Princeton’s administration could remove Wilson’s name from campus without destroying a thing. The university could take a peaceful, substantive, nondestructive stand against the idolization of a 20th-century racist.

Colorado Gov. Jared Polis — a Jewish man repulsed by racism — ranks among the university’s more distinguished living graduates. As a wildly successful high-tech entrepreneur and politician, Polis should have a lot of pull with his alma mater. He should persuade them to change all things named Wilson.

In our racially tense society, a leading Ivy League school should not confuse students about a racist president as radical leftists carry out a haphazard and destructive crusade against art. Gov. Polis and other successful alumni should encourage Princeton to send the right message and peacefully part with a shameful segregationist.

Calls are intensifying for the removal of twin Emancipation memorials in Washington, D.C., and Boston that depict a freed slave kneeling at Ab…