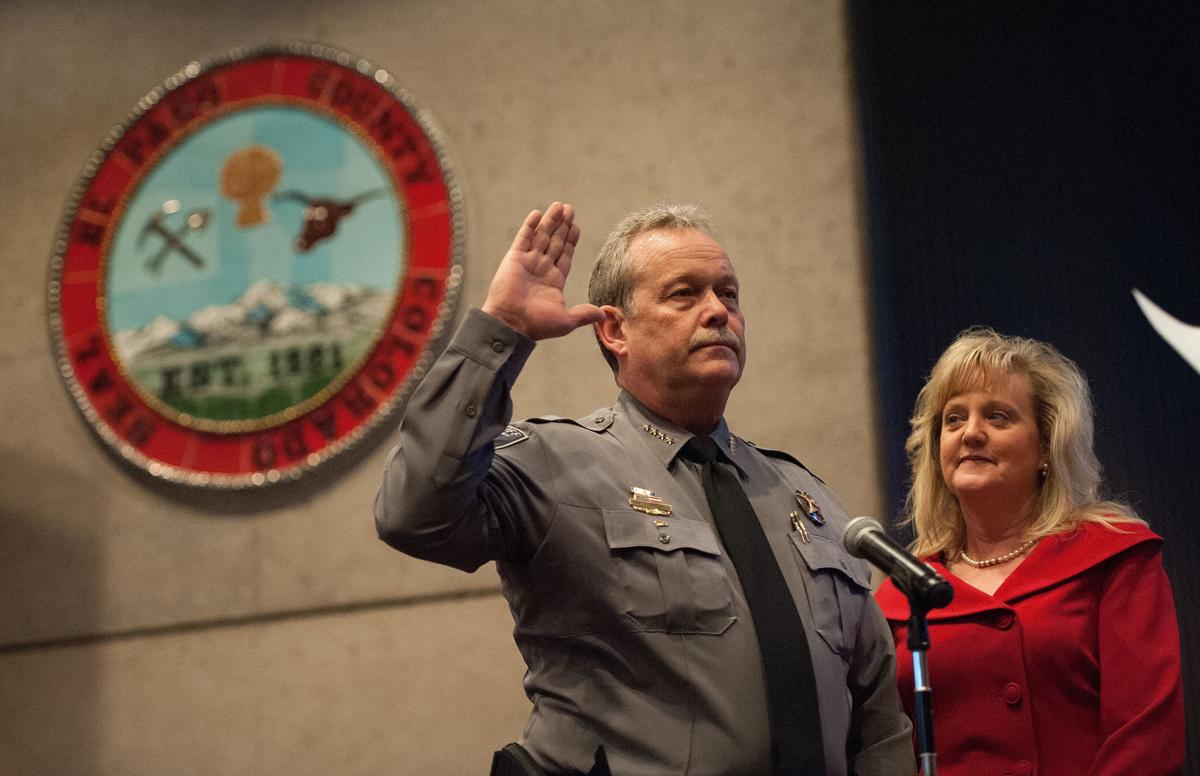 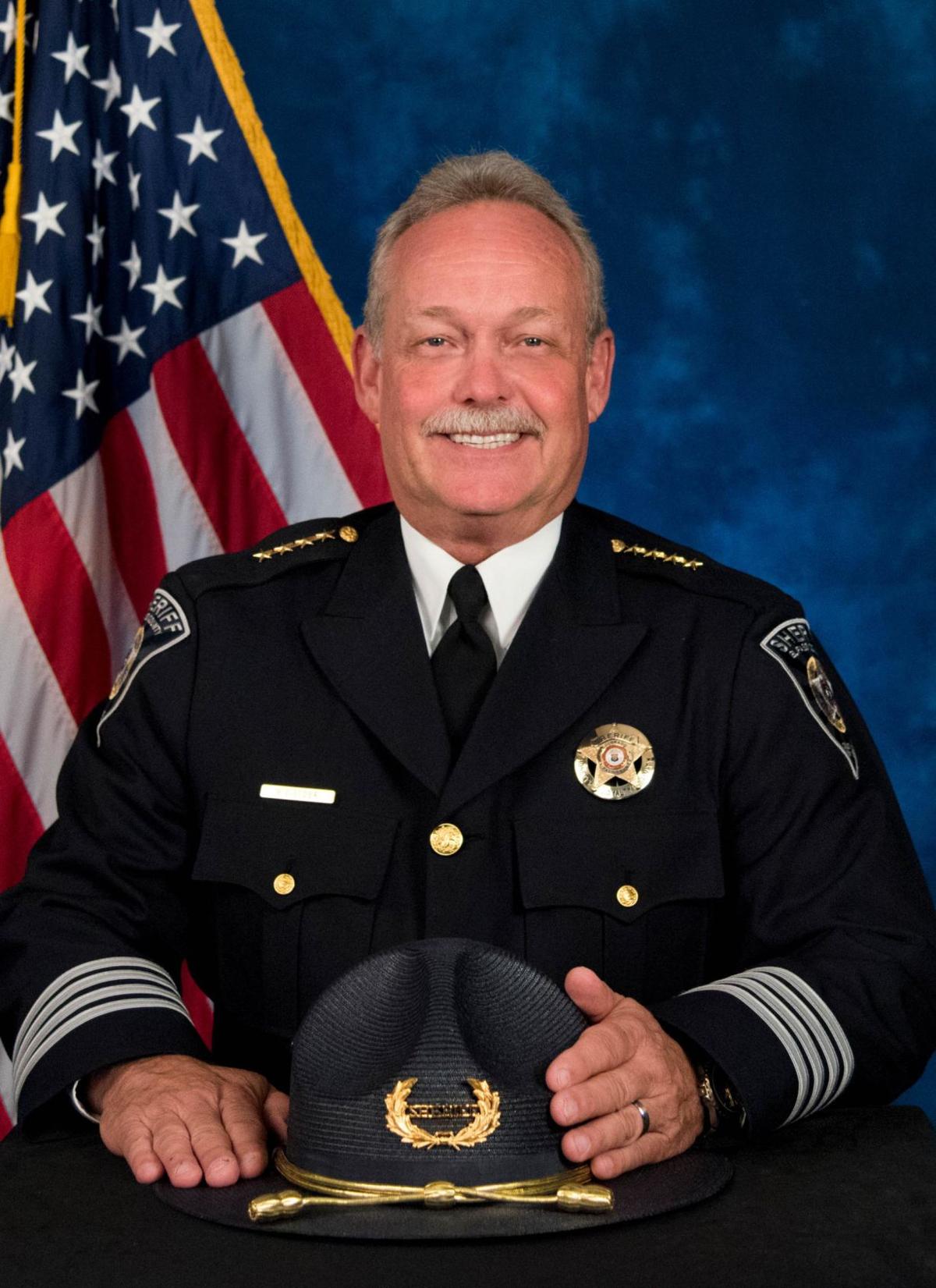 El Paso County Sheriff Bill Elder will sue to stop the Red Flag bill if it is passed and signed into law.

El Paso County Sheriff Bill Elder will sue to stop the Red Flag bill if it is passed and signed into law.

Weiser reminds sheriffs and other law enforcement they swore “an oath to uphold the rule of law.”

That’s an interesting way to phrase it, leaving out that part about upholding the Constitution.

As of Friday, commissioners and sheriffs in at least 26 counties — including El Paso County — had formally expressed objection to the proposed red flag law. Some commissioners are declaring their jurisdictions “Second Amendment sanctuary” zones. Others are preparing lawsuits, pledging to decline enforcing the proposed law, or embracing various combinations of formal protest.

Elder calls the red flag bill an attempt by legislators to pass a “rogue” law in conflict with the U.S. Constitution he swore to uphold.

The law would authorize a family or household member, or law enforcement officer, to seek a temporary extreme risk protection order from a court to confiscate an individual’s guns. One or more petitioners would cause gun confiscation by establishing “a preponderance of the evidence that a person poses a significant risk to self or others by having a firearm in his or her custody or control or by possessing, purchasing, or receiving a firearm.”

“This is not so much about the Second Amendment,” Elder says. “It’s the violation of the Fourth Amendment protection against unlawful search and seizure, and violations of due process forbidden by the Fifth Amendment. They are doing this in violation of a number of other pieces of the Constitution. It involves ex parte process. It requires only a preponderance of the evidence. It is a civil process and not a criminal process, and my department does not initiate civil process against individuals. There are all sorts of problems with this.”

Elder does not plan to flout a red flag law. Instead, he plans to obtain a court injunction to stop the law’s implementation.

Like most rational adults, Elder supports the bill’s intent. No one wants a person legitimately unstable and dangerous to possess a gun.

“There are already ways to do deal with those circumstances and it does not require a blanket extreme risk protection order that allows an ex process to go after someone’s firearms,” Elder said.

Here’s the big practical concern. Some relationships end in violence, or begin and end in violence. Imagine a single mother haunted by a violent drunken ex-boyfriend or husband who’s only realistic defense is her gun. Under the red flag law, the abuser could cleverly stack a preponderance of evidence to suggest she is dangerous. He could get a court to disarm the woman and leave her defenseless. Or vice versa. Not everyone leads a peaceful, orderly and safe life. That is one reason guns and self-defense are so thoroughly protected by the Constitution.

Elder is wise to fight this with judicial process, but we hope he won’t need to.

Today, Democratic Sen. Pete Lee represents District 11. The Gazette’s editorial board endorsed him, respecting his wisdom. We suspect he will use that wisdom to oppose Senate Bill 1177, avoiding a recall, protecting his political future, and keeping District 11 a Democratic seat.

That would leave opponents only one vote short of killing this bad idea. Hmmm… Another senator recalled for aggressive anti-gun legislation in 2013 was Angela Giron in Pueblo’s Senate District 3. Today, Senate President Leroy Garcia holds that seat. He has not stated a position on the red flag bill.

Garcia has a choice. He can support SB 1177 and choose John Morse’s path of obscurity. Or, he can vote against this bill and help Lee defeat it. In doing so, he can avoid the likelihood of a recall and look to a promising future in Colorado politics.

No one rational wants firearms in the hands of unstable individuals who pose clear and present danger to themselves and/or others. That does not mean we can proceed with an ends-justifies-the-means circumvention of due process, property rights and gun rights.

Let’s address the real problems, which include our state’s dearth of mental health and addictions treatment. Then consider a red flag law that obeys the letter and spirit of the Constitution. Let’s not see a repeat of the 2013 recalls and a court injunction on an unjust law. Defeat SB 1177 in the Colorado Senate and keep it off the governor’s desk.

EDITORIAL: Beto O'Rourke stands for nothing

Robert Francis “Beto” O’Rourke is the Democratic front-runner today because he stands for nothing.