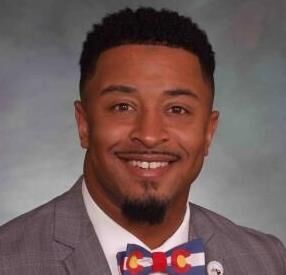 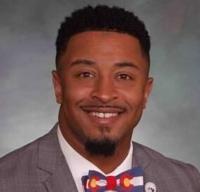 Colorado and our nation are still recovering from the massive impacts COVID-19 had on our lives, including our economy. And nowhere is that more obvious than in communities of color, which bore the brunt of the economic and health consequences. As our state and federal governments pass legislation and allocate funds to assist in the recovery, it’s critical that we get relief where it is needed most and avoid doing anything to adversely impact these communities.

The dollar is king and now more than ever we need an influx of cash into our economy, particularly for our lower income residents. Unfortunately, federal legislation could make the problem worse. Multibillion-dollar companies are attempting to extend the so called “Durbin Amendment” so that it would apply to all credit card transactions.

The Durbin Amendment to Dodd-Frank, which capped interchange fees for debit cards, was supposed to help consumers. Instead, it put $90 billion in the pockets of huge corporations. The same corporations that are not currently struggling for capital in these hard times. In fact, many of these corporations have seen tremendous profit over the last year.

After the debit card interchange fee cap, banks had to make up for their lost revenue by raising the minimum balance for bank accounts, reducing the availability of free checking and adding new account maintenance fees. A 2014 study from George Mason University reported that the Durbin amendment led to an increase in the unbanked population by one million Americans, disproportionately in minority and low-income communities.

The Durbin amendment charges all businesses, regardless of size, the same capped rate for debit card transactions instead of paying a percentage of the transaction amount which is a fair and market-based approach. Extending this amendment to credit card transactions as well will no doubt have an even more devastating impact on all small businesses, especially Black-owned businesses. Extending the Durbin Amendment to apply to credit cards would once again hurt Colorado consumers, particularly in African American communities.

African American and minority-owned businesses already suffer from a wealth gap. According to the Center for American Progress, in 2020, 65.2% of Black households lacked access to $400 in emergency funds, which left little to no emergency funds for independently owned businesses. Additionally, Black-owned businesses are usually launched with far less capital than white businesses, whether that capital is from investments or bank loans. Furthermore, only 1% of Black business owners get a bank loan in their first year of business, compared with 7% of white business owners.

Small businesses are the backbone of Colorado’s economy, and it’s critical that consumers’ buying power goes into keeping those businesses afloat — particularly minority-owned businesses. Extending the Durbin Amendment to credit will only create a total estimated wealth transfer of $40 billion to $50 billion from consumers directly to big box stores.

The National Black Chamber of Commerce and the Congressional Black Caucus Institute have cataloged the failures of the original Durbin Amendment — let’s all come together and urge our U.S. Senators to fight this corporate greed and protect our most vulnerable populations.