The state Capitol in downtown Denver is shown Dec. 14. 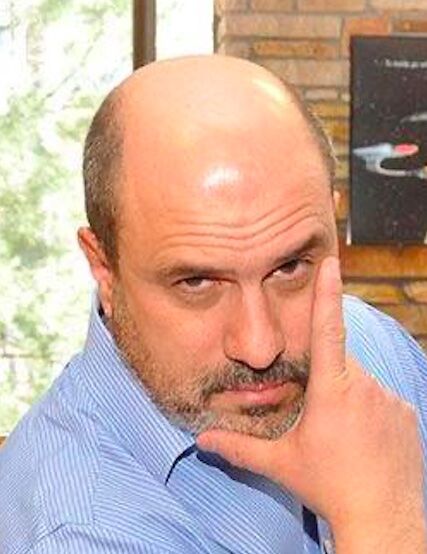 I always hesitate to compliment Jared Polis for fear that any kind word from me backfires. It could anger his progressive supporters who have near complete sway over him.

When Jared was running for Congress the first time, I was joking around with him saying that if he would just donate a million dollars to my organization, Independence Institute, I wouldn’t endorse him. Polis instantly shot back, “How much for you to endorse my opponent?” He understands the danger of praise.

But praise is deserved.

Polis FINALLY stood up to the loony wing of his party (which, by the way, has complete control of the state legislature). He sent a strong veto message against the economy-wrecking, Green New Deal-wannabe Senate Bill 200, sponsored by socialists Faith Winter, Dominick Moreno and Dominique Jackson.

SB 200’s goal is to “increase environmental justice” by giving tyrannical control over air-quality restrictions, mandates and regulations to an appointed board, the Air Quality Control Council, to bludgeon businesses into unworkable constraints.

Polis told The Gazette editorial board, “Yeah, I mean, we’re not willing to give dictatorial authority over our economy to one unelected board that lacks the broader mandate and expertise.”

What Polis just did there is called a proof of concept. It shows something universally believed to be wholly impossible is actually doable.

For instance, it was thought that a human being was physically incapable of running a 4-minute mile. Then on May 6, 1954, a 25-year-old medical student Roger Bannister cracked it in Oxford, England. Since then, his record has been broken many times and lowered by some 17 seconds.

It has now been proven that our governor can, in all reality, stand up to the socialists in his party that are turning Colorado into Cuba.

Now that the concept is proven, it’s time for Polis to do it a lot more often.

During his tenure, Colorado has become the unemployment state. Jared presents himself as business-friendly, yet in no real way has he shown it.

In 2019, he signed SB 181, which gave dictatorial authority over our economy to one unelected board, the Oil & Gas Commission, to vanquish the top industry in Colorado even though a clear “broader mandate” came directly from the voters just the year before. They rejected Proposition 112, which had fewer damaging regulations than his commission is now approving.

So, will he cite the same local control and veto a current bill which strips away that control over localities’ authority to decide employee unionization? He’s now shown he can. But will he stand up to the union wing of his party?

Last year, Polis refused to organize, lead, or raise funds for the opposition to Faith Winter’s assault on employment via her family-leave payroll tax initiative. He knew this is the largest anti-poor law ever passed in Colorado. It will simultaneously tax the working poor disproportionately as it cripples employment and drives small businesses into the ground.

In 2019, his comrades in the legislature brought forward Prop CC to forever blow away the state’s spending caps. Not only did he refuse to fight it, he sang lead in the choir.

From my hometown of Boulder, Polis has demanded that RTD keep their 2004 promise of building rail to Boulder and Longmont by 2017. No one, and I mean NO ONE is surprised that RTD’s Fastracks fib, which raised RTD’s tax take by 67%, is over double budget and (just like their 1971 tax increase for rail that was never built) the project sits unstarted.

So, understanding the truth and cost and ineffectiveness of rail boondoggles firsthand, will Polis stand up to the loony wing of his party and veto their creation of an entirely new, massive transit district, funded by an astronomical, anti-poor sales tax, for the sole purpose of recreating the failed Fastracks from border to border?

Jared Polis has now shown he has the ability to stand up to the communists in his tribe. Soon we’ll find out if he has the guts. If he can’t, he’s just Bernie Sanders without the fashion sense.

Jon Caldara is president of the Independence Institute in Denver and hosts “The Devil’s Advocate with Jon Caldara” on Colorado Public Television Channel 12.