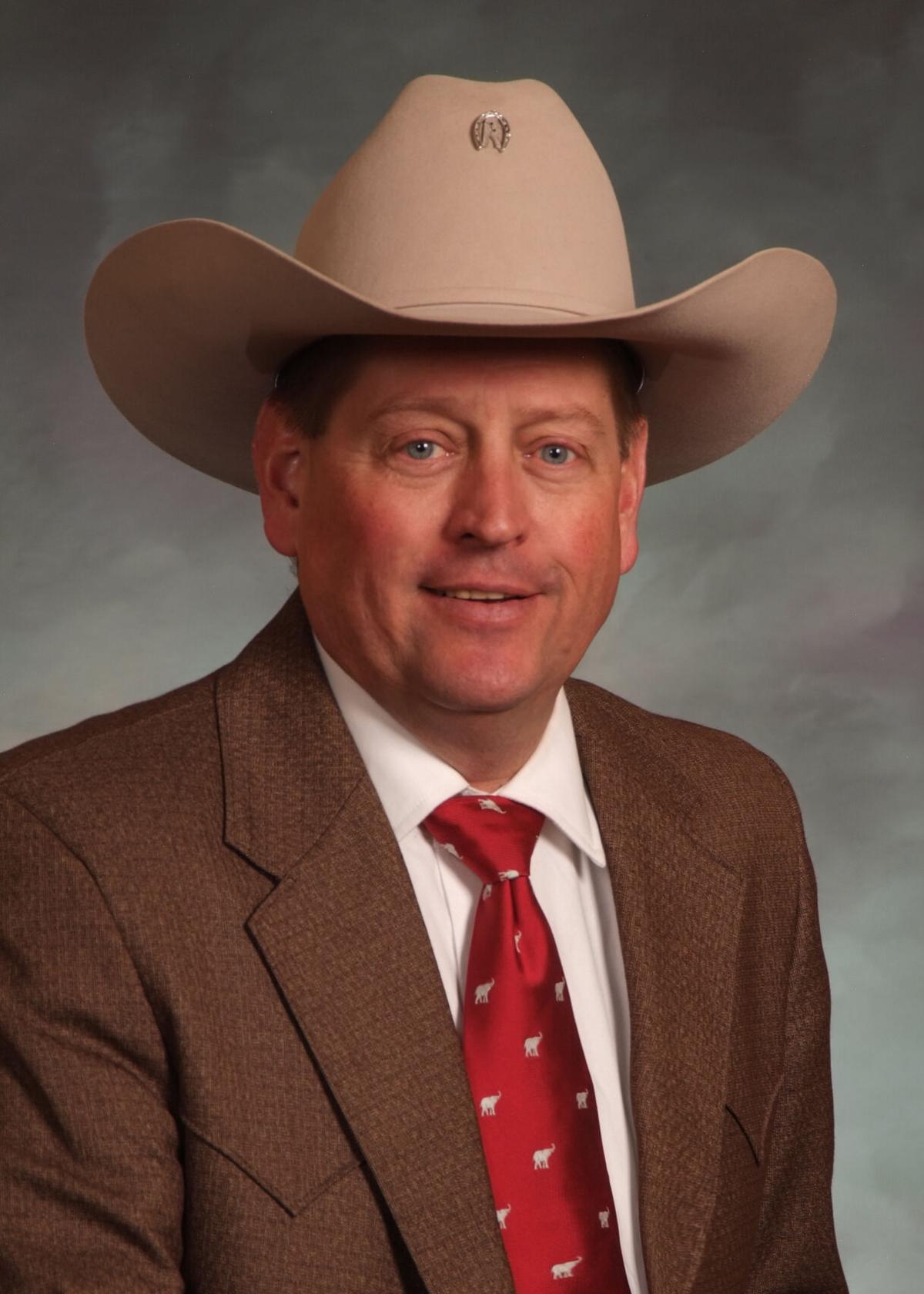 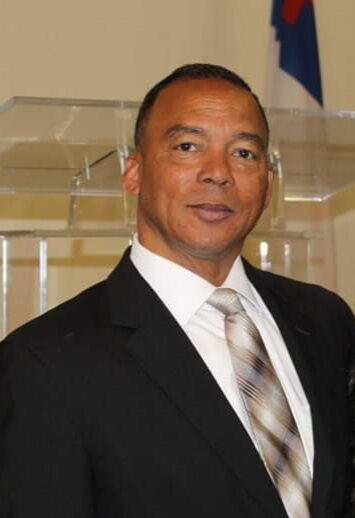 As one of the two non-lawyers on the House Judiciary Committee, I feel the non-lawyer perspective needs to be considered at times.

Based upon the principle of second chances and the desire to create a productive citizen, in recent years Colorado Democrats have embraced legislation that stresses concern for the criminal and pays less attention to victims. There is a trend to overlook the basic duty of government, which is to protect citizens from criminals. As a result, our state and our neighborhoods are becoming more dangerous.

Crime in Colorado increased dramatically in 2020. Homicides in Denver soared to their highest level in nearly 40 years, increasing 51 percent over the prior year. In Aurora, major violent crime rose 22.3 percent, and murder climbed 39.3 percent from the previous year. Things were also grim farther south, where murder rose 94 percent in Colorado Springs and aggravated assaults climbed 10.6 percent.

In blatant disregard of more frequent and more serious crime, Democrats just introduced the untimely bill House Bill 21-1214. This bill requires criminal records to be sealed within a year of arrest if charges haven’t been filed – even though in our justice system it can take an extended time to bring charges (especially now, when courts are years behind schedule thanks to Covid-19). It also forces prosecutors to seal arrest records even as a criminal investigation is underway, just one of the many troubling provisions.

The bill also allows people with up to five convictions – and up to three felonies – to have their records sealed in many circumstances. It is not easy to be convicted in our flawed judicial system, but to be convicted multiple times, you have to be really trying. HB 21-1214 effectively hides potentially important information from future employers, landlords, and spouses.

The legislature has already addressed the issue in recent years. In 2019 House Bill 19-1275 was passed with overwhelming bipartisan support, requiring records to be sealed when a case was dismissed or a person was acquitted of a crime. The bill excluded a wide range of violent crimes and other felonies from sealing. After conviction, a person’s record could only be sealed once their time had been served, all restitution made, and years had passed without relapse. HB 19-1275 also required victims of more serious crimes be notified and given the opportunity to object to record-sealing; district attorneys could do the same.

Our laws should exist to protect innocent citizens. Someone with multiple convictions has typically impacted many people, if not physically, then emotionally, mentally, or financially. Under HB 21-1214, those being asked to trust an ex-con to watch their children, manage their finances, or work in the family business will not be allowed to access information that would help them make an informed and safe decision, through a background check. As a small business owner I have hired many people who have a criminal record, but I did it in full knowledge of the potential risks, thanks to a background check. This bill effectively makes background checks worthless. I am not so sure I will be as compassionate in helping reclaim troubled persons with a good job in the future when I’m prevented from knowing their history.

Without taking time to see how HB 19-1275 (the initial record sealing bill) is working, Democrats are attempting to expand it via this year’s HB 21-1214. This is unwise and extreme, and in the context of our current crime wave, downright foolish. In this bill, caution has been thrown to the wind – and the public to the wolves. We’re better off saying “no” to HB 21-1214.

I was arrested at 15, tried and convicted as an adult at 16-years-young, and sentenced to the maximum-security prison in Canon City. Later, upon my release, I struggled to secure employment, which was a mandatory condition of my parole. Responding truthfully to the application query “Have you ever been convicted of a felony crime?” nearly guaranteed being denied employment from any job, creating an impossible situation for me and others like me. Long after I was off of parole I continued to be consistently denied housing and employment because of my past conviction. I had a family to house and feed and it was extremely difficult.

I applaud and support HB 21-1214. It takes the essential step of helping people who were never convicted of a crime ensure that they maintain their innocence. We believe in “innocent until proven guilty” in our society, and many people who have been arrested but never charged carry the burden of accusations that were never substantiated. This bill is also a step toward empowering people in our society to rebuild their lives after serving their sentence. It will strengthen our economy, families, and the work force. Most importantly, it is a large and a long overdue extension of grace and mercy for those who need second chances.

People of color enter the housing and job markets at a disadvantage because of generations of oppression and stereotypes. We lack privilege not because of inadequate skills, intelligence, talent, or commitment to the work, but often because of the color of our skin.

Many argue that Black and brown people have made incredible strides and I agree. Systemic injustices are being examined and new policies, like HB 21-1214, are being created that attempt to correct centuries of racism. But people of color still suffer from bad systems, policies, and attitudes that have created generations of inequity.

The welfare system makes people dependent upon government assistance, diminishing the motivation of doing for self. This system has significantly perpetuated the dismantling of the family structure.

Our biased public education system, by its own admission, fails to properly educate an overwhelming number of Black and brown children. This failing has created the much obscured “school to prison pipeline.” The most at-risk children are funneled out of schools and into the criminal justice system, often for minor infractions and zero tolerance policies.

The judicial system has played a large part in the oppression of our society as a whole. Black people are stopped, detained, arrested, and jailed for less cause but convicted with longer sentences than any other ethnic group in the United States. They are less likely to receive reconsideration, appeals, commutations, and pardons after being in the judicial system and trying to reenter society.

HB 21-1214 will add to the long overdue process of making the playing field even. We must stop denying the horrific scars and wounds that racism has left. We must intentionally create policies that provide opportunity and equity and instead allow oppressed people a second chance at life.

Removing barriers to sealing records is only a first step in ensuring that people can thrive once they have left the criminal justice system. Employment and housing applications should no longer be able to ask about a person’s criminal history. We must move beyond judging people based on what’s on paper and instead develop strong relationships. Let’s get back to looking an individual in the eye and giving second chances to those who need them. We must remember the wisdom of Dr. King who implored us to judge on the content of one’s character.

Rep. Mike Lynch, R—Larimer County, serves the 49th district in the Colorado General Assembly. He is a West Point graduate, infantryman, manufacturer of belt buckles and servant to the people. The Rev. Promise Lee is an activist and the senior pastor of Relevant Word Ministries in Colorado Springs.