“Learn the Sounds of Fire Safety” is the theme for Fire Prevention Week 2021, Oct. 3-9. Learn more at nfpa.org. 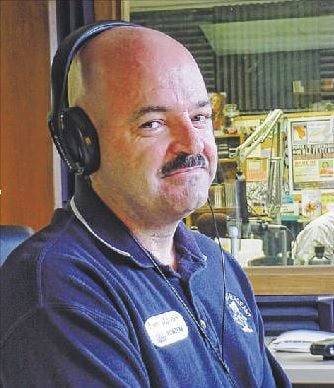 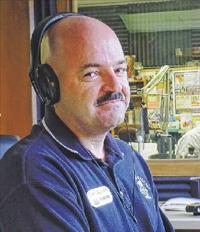 “Learn the Sounds of Fire Safety” is the theme for Fire Prevention Week 2021, Oct. 3-9. Learn more at nfpa.org.

Fire prevention week is Oct. 3-9. The theme is “Learn the Sounds of Fire Safety.” Fire prevention is very important to me. It’s a serious subject with me because my cousin/godmother died in a house fire caused by wiring a few days after an air conditioning technician had worked on their attic unit. Over the years, I have learned three very valuable lessons about respecting and handling fire carefully.

I had only lived in Colorado Springs for a few months when I learned this lesson. It was a late January day about an hour before sunset. It was uncharacteristically warm that day, and I decided to sit on my apartment balcony and smoke a cigar and enjoy the soon to set sun. When I was done with the cigar, I tossed it over in the dirt of a planter box that no longer had any foliage. There were a few small branches I had laid on the dirt in previous weeks for the small apartment fireplace. Cigars extinguish very quickly, unlike cigarettes, so I had no concerns.

I went back inside the apartment and after a half hour or so, I heard someone bounding up the stairwell. A man (who coincidentally was standing near the fire extinguisher box) pounded on my door and was yelling, “Dude, your balcony is on fire.” I opened the door and he and I began running back and forth with pans of water trying to extinguish the fire that had spread from the planter box to the masonite siding on the exterior wall. About the time we got the blazes out, I could hear sirens getting closer. You know the rest. I have smoked an occasional $25 cigar. However, that one cost me $1,370 in damages the apartment management levied on me.

I was at a party where a magician had performed some tricks. Always fascinated with magicians, I struck up a conversation with him about his feats, one of which involved popcorn. It was in the mid-1980s and most people still cooked popcorn the old-fashioned way. As we took the conversation deeper, he shared with me that he kept his popcorn in the freezer so that when the kernels hit the oil there were less duds in the final product. I was intrigued.

One afternoon, I decided to take his advice and began heating a pan of oil on an open burner. I was doing other things around the house and forgot about it. When I walked through the kitchen, I decided to check on the oil and lifted the lid off the pan. Smoke began billowing out and in a matter of seconds it burst into flames. My eyes were wide open in panic as I grabbed a pot holder picked up the pan and ran toward the patio door to get the pan out of the house. I saw long hanging drapes and changed my plan to run through to the living room to the front door. Again, long hanging drapes. I decided to go with Plan A and ran back to the patio. I threw it out on the concrete patio and the pan just settled into a molten, undistinguishable pile. Fortunately, there was no real damage. However, two minutes later could’ve been catastrophic for a dozen connected townhouse residents.

Lesson 3 – Be aware of your surroundings when using fireworks

It was early July, and I had bought some sparklers and other fireworks. I was messing around with some of them and the thought occurred, “I doubt if sparklers will ignite from a car cigarette lighter.” It was time to check my hypothesis. We lived in the country on an acre of land. My brother-in-law was working on an old car and had told me he was going to get gasoline to clean the carburetor. I thought he meant he was leaving to go to a service station.

As I sat in my 1978 Chevette (please don’t laugh), I pushed the cigarette lighter to test my not-so scientific theory. Pressing the lighter to the tip of the sparkler, it lit about the time I heard James walking up behind me on the gravel driveway. Thinking I would make him dance like an old western character having his feet shot at, I tossed the newly ignited sparker over my shoulder so it would land at his feet. He yelled some profanity as I looked back and saw a shallow pan he was holding engulfed in flames. He threw the pan into some honeysuckle bushes and frantically began stooping over and pulling his arms through his legs to get flames off of his arms.

I ran to him thinking he was going to be engulfed by flames. Once I could see he had extinguished the flames, I grabbed the garden hose to battle the flaming honeysuckle bushes. I began to profusely apologize. He was confused by the apology. He did not realize what I had done so carelessly and thought the pan had spontaneously alighted because of the 101-degree July temperature. His sole injury was a small blister on one his thumbs. That lesson cost me about $4 for a tube of burn ointment that I was more than happy to provide.

Yes, I have learned the hard way to respect fire and to handle it safely. I now have a healthy dose of paranoia about it and will hopefully never be a party to any more flame related crisis situations. During this Fire Prevention Week, think about what you use fire for in your day-to-day activities. Know where the closest fire extinguisher is located so you don’t find yourself running around with pans of water when an extinguisher was at the ready. Don’t be too proud to call 911 … the fire department is the expert source to quickly extinguish what will take you longer to put out.

Tony “T-Bar” Barnes is a 28-year veteran of the Marine Corps and Air Force. He recently retired from the Department of Veterans Affairs and can be reached at tbarnugget@yahoo.com.