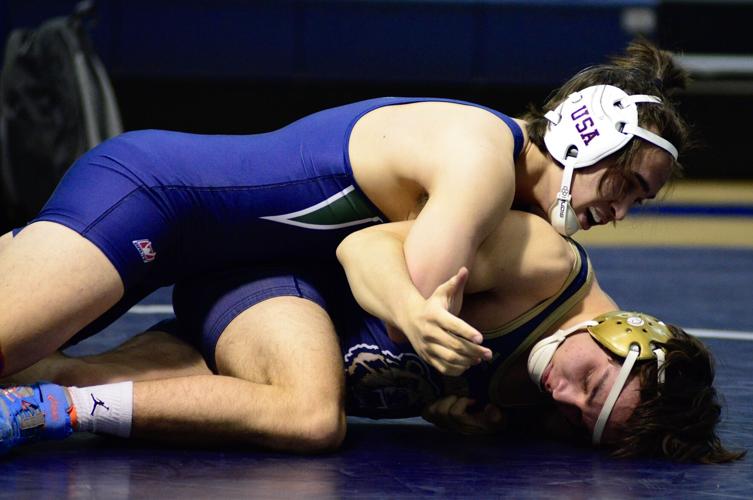 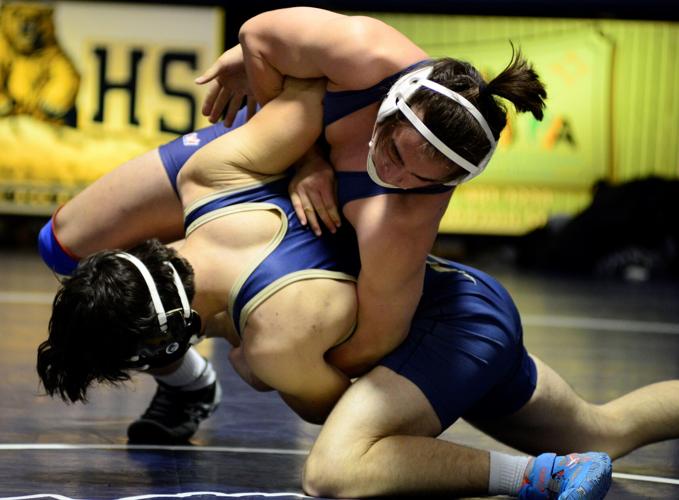 This year, the senior has his sights set on the state championship, and he seems to be trending toward that path.

Pine Creek went to the Reno Tournament of Champions this month, and Byers won three straight matches after losing the first match. He ended up falling in the consolation round of 16. Before that event, he opened Pine Creek’s duel win over Palmer Ridge by pinning one of the Bears’ best wrestlers within the second minute of the first period.

He was ranked fourth in the 160-pound weight class in 5A this month by On the Mat and will likely stay in the Top 4, not that any of it matters to him.

“I don’t really pay attention to rankings,” Byers said. “I don’t look at them. They don’t really mean anything to me. I’m just working toward that state championship.”

With the amount of extra wrestling Byers did during the offseason, his overall improvement was natural and inevitable.

“After wrestling over the summer and getting more matches in, over time I just gained confidence,” Byers said.

Between the technical, physical and mental strides Byers had made leading up to this season, he says he improved mentally the most.

A key factor behind his new mindset comes from his spiritual improvement and his newfound ability to tap into it.

“One of the driving factors in my confidence has really been my relationship with God,” Byers said, “diving in and reading the Bible and trusting in him. All of my confidence comes from him.”

Byers was originally into baseball and picked up wrestling as a middle schooler as a way to get in better shape. He fell in love with the sport because of the unique camaraderie he experienced with his teammates.

“I really never thought I’d be a wrestler at all,” Byers said. “I found a fellowship with my other teammates. Even though wrestling isn’t really considered a team sport, per se, in the aspect that we go out there and wrestle on our own. There’s a big camaraderie and I felt like I was part of something, something big.”

After the holiday break, Byers will continue his mission to states with a duel meet at Doherty Jan. 6 and will compete in a tournament Jan. 8 at Cheyenne Mountain High School.