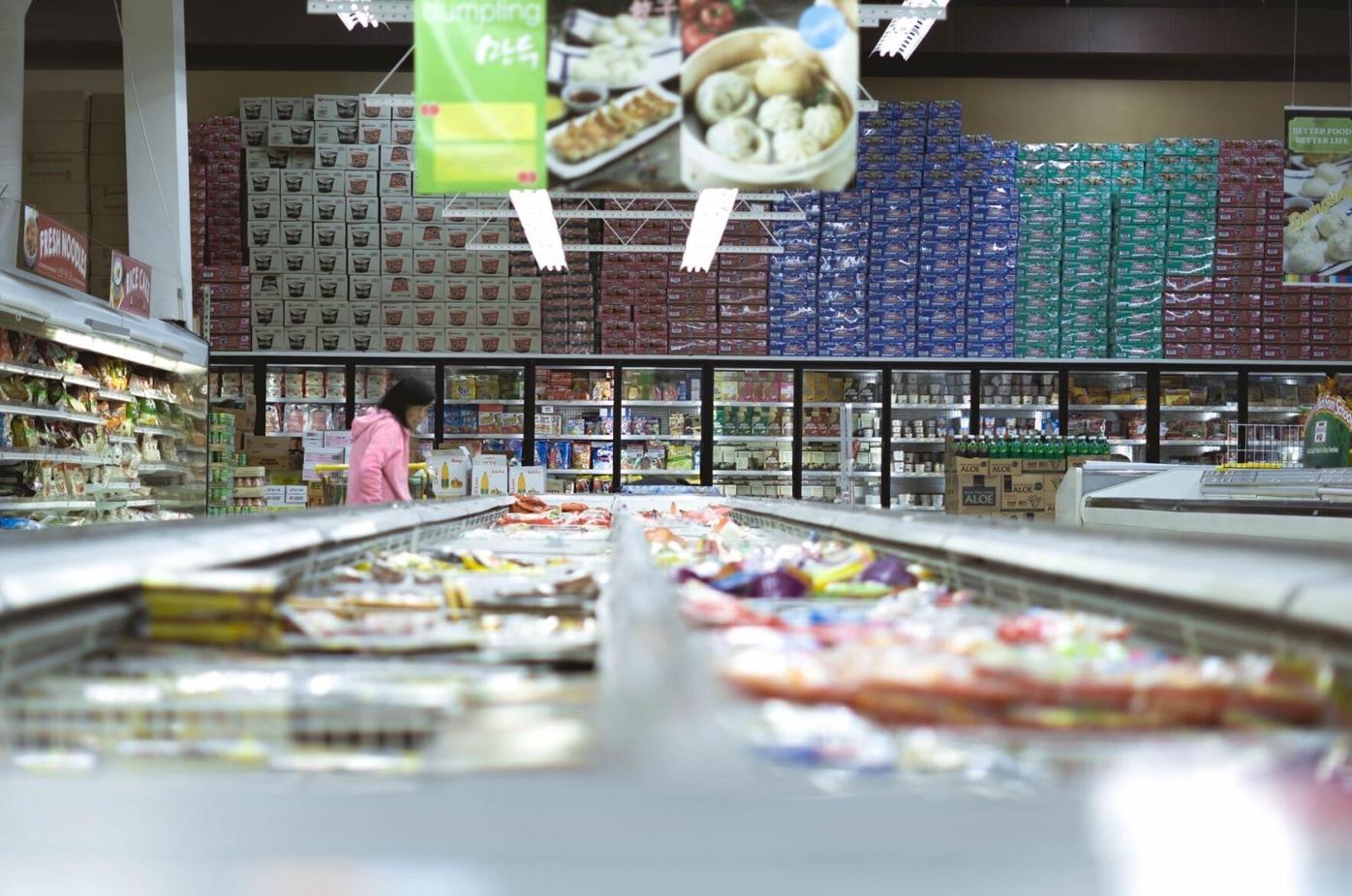 H Mart, a New Jersey-based, Korean- and Asian-themed grocery, opened this location in Aurora in 2004. The grocery chain plans to open a store in 2023 in the Victory Ridge development on Colorado Springs’ far north side. 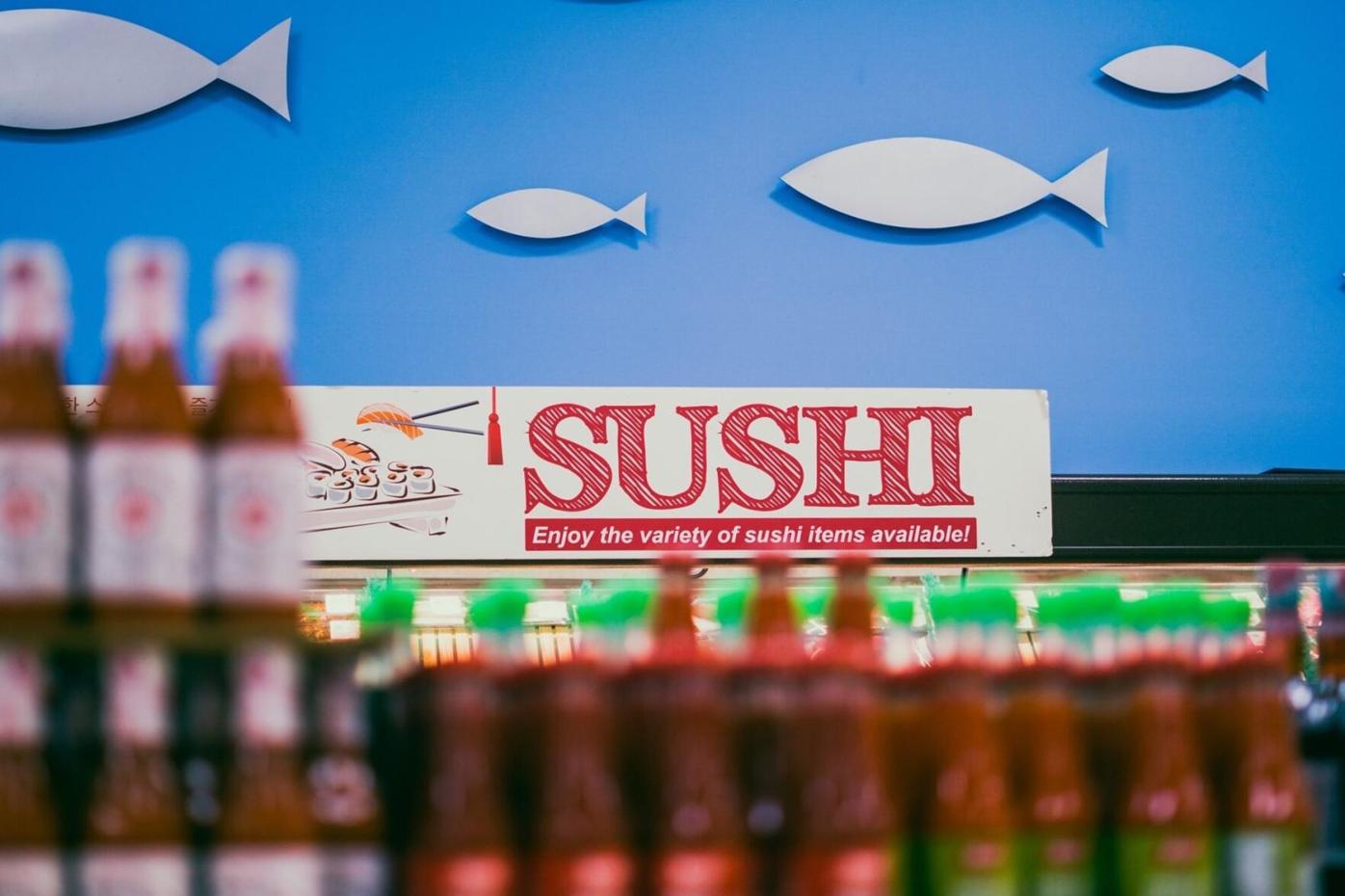 Sushi is among the products sold at an H Mart grocery store in Aurora. 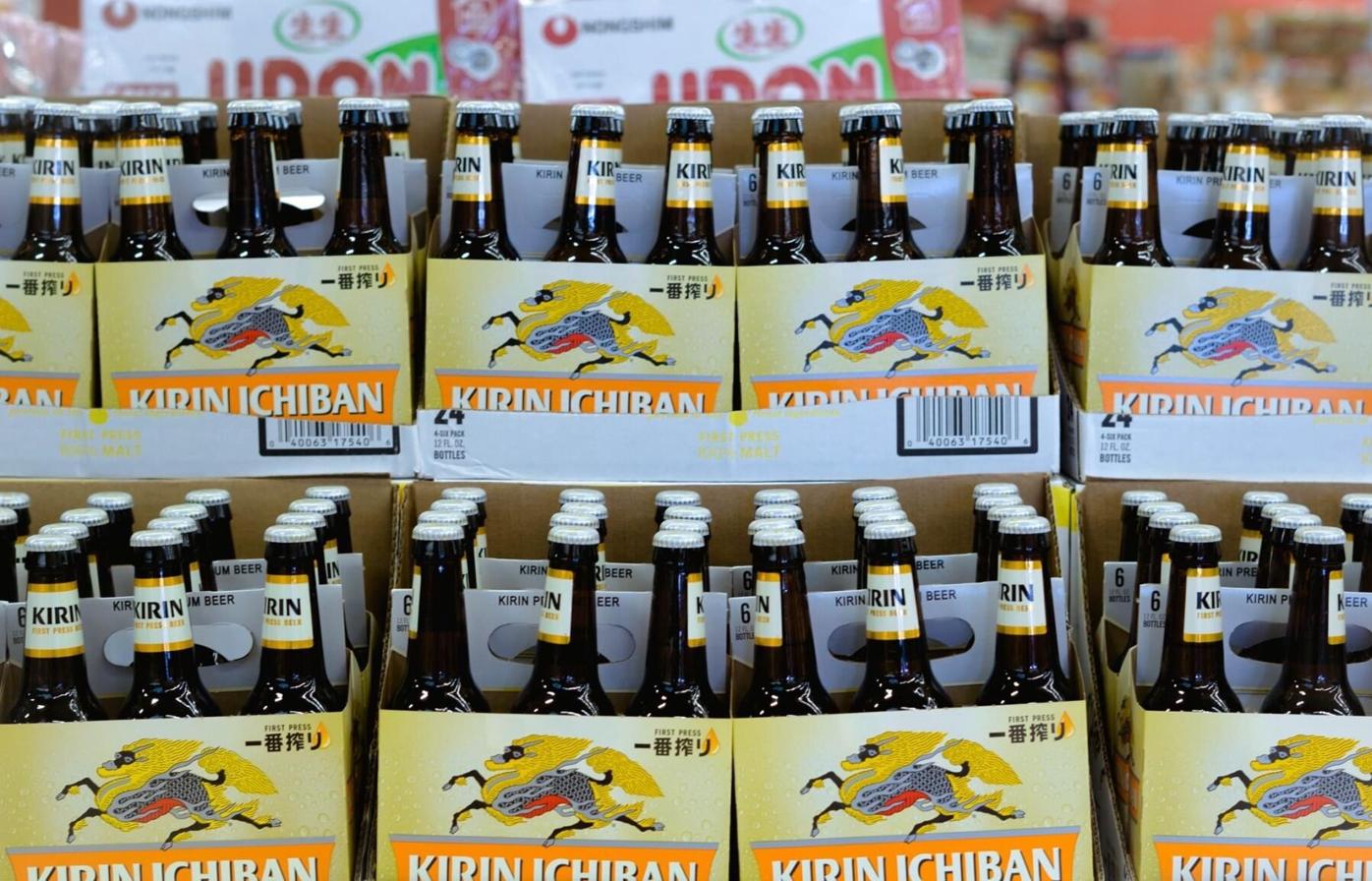 Kirin Ichiban, a Japanese beer, is among the products sold at the Aurora location of H Mart, a Korean- and Asian-themed grocery. H Mart plans to open a store in 2023 in the Victory Ridge development on Colorado Springs’ far north side. 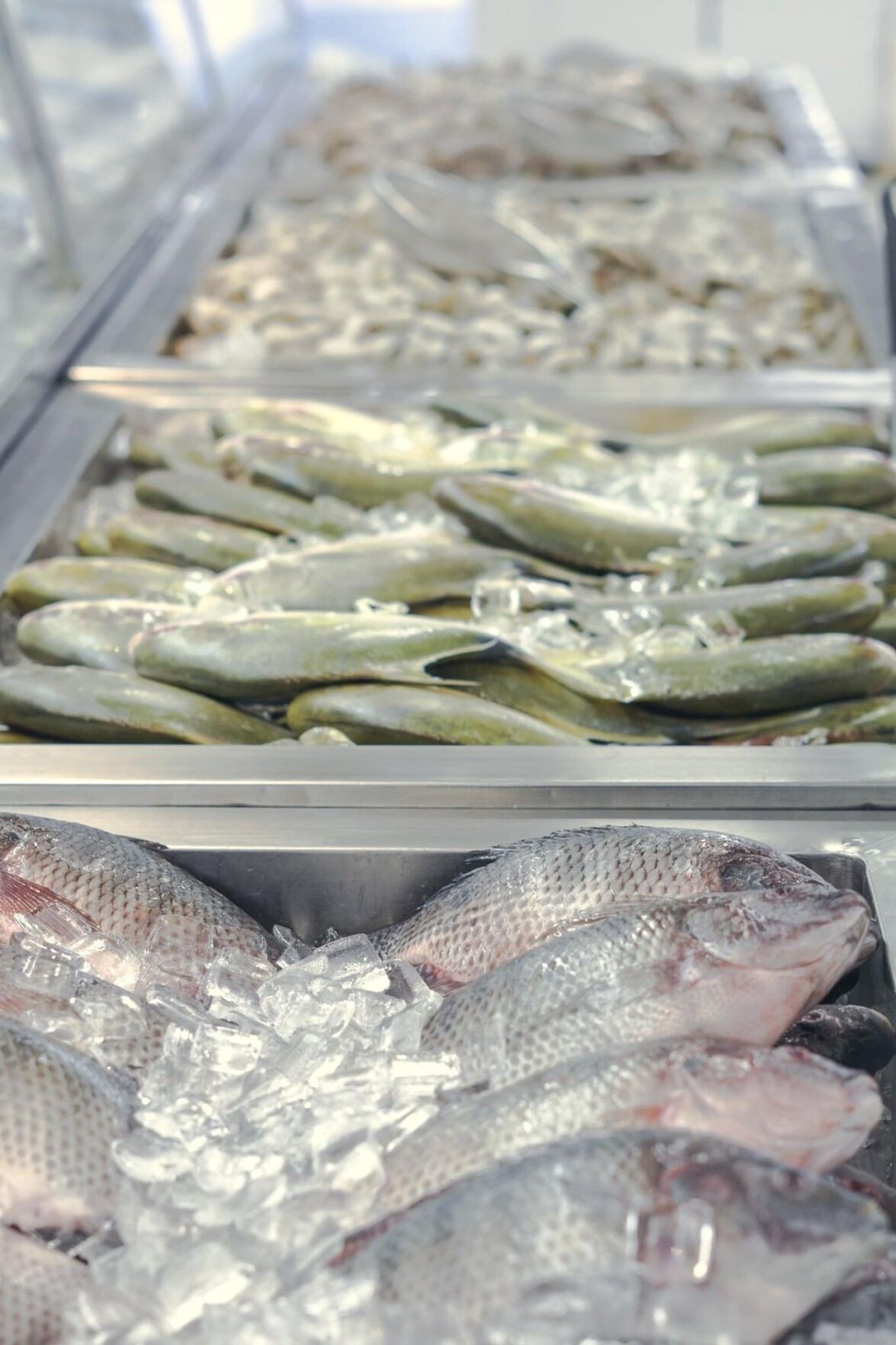 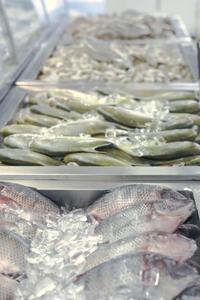 Fresh seafood is sold at an H Mart grocery store in Aurora, near Denver. 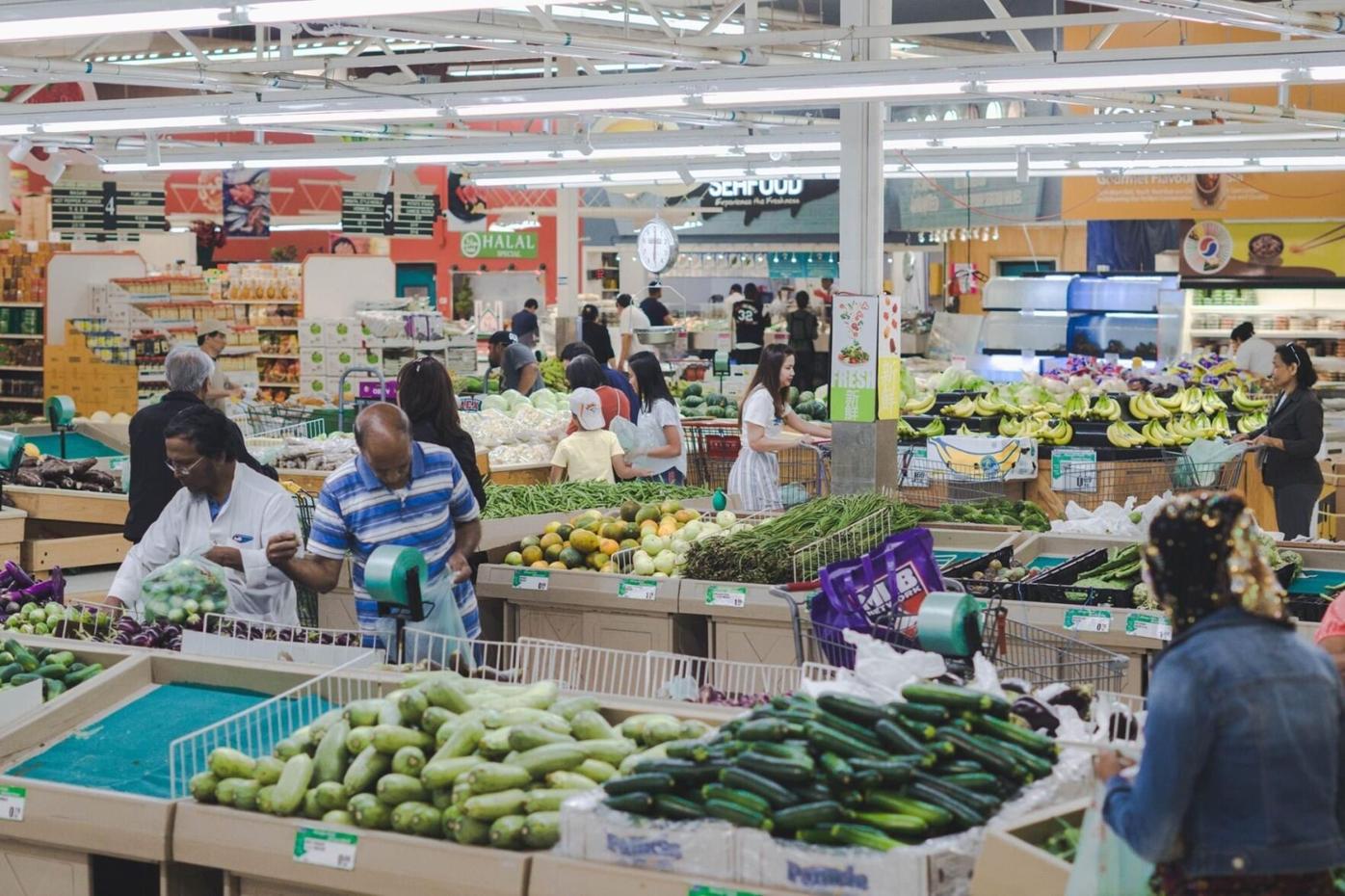 H Mart, a New Jersey-based, Korean- and Asian-themed grocery, opened this location in Aurora in 2004. 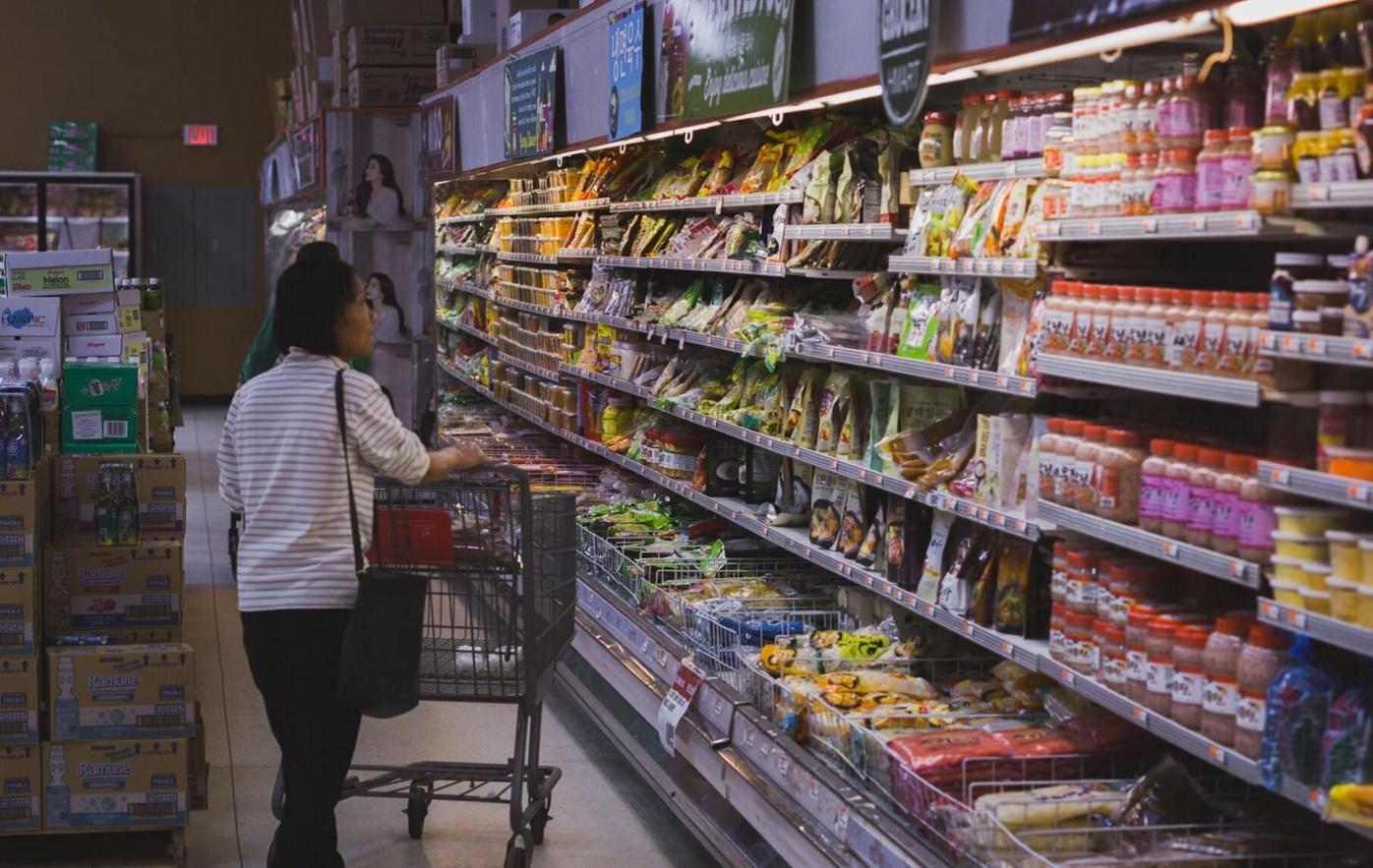 H Mart, a New Jersey-based, Korean- and Asian-themed grocery, opened this location in Aurora in 2004. The grocery chain plans to open a store in 2023 in the Victory Ridge development on Colorado Springs’ far north side.

H Mart, a Korean- and Asian-themed grocery whose diverse lineup of products includes live crabs and lobsters, tropical fruits and numerous varieties of noodles, plans to expand to Colorado Springs when it opens in the Victory Ridge development on the city’s far north side.

Construction on H Mart’s store would begin next summer and be completed a year later in 2023, the proposal shows.

The grocery, whose H Mart name is short for “Han Ah Reum” or “one arm full of groceries,” was founded in 1982 in Queens, N.Y., according to its website.

After initial beginnings on the East Coast, the New Jersey-based H Mart has more than 100 locations, including an Aurora store that opened in 2004 and one in Westminster that opened in 2013.

Colorado Springs always has been a target for expansion by the company, Brendon Choi, an H Mart administrator in Aurora, said via email.

The Springs is an attractive place to live, including for retirees, as well as a popular tourist destination and a rapidly developing community, Choi said.

“With the development of community comes a growth in population and the need for our service to that community to provide the best shopping experience,” he said. “This is probably our main reason as to our decision on the expansion to the Colorado Springs city as our guidance is to service our neighbor and community with the best and the freshest of products available.”

Victory Ridge, meanwhile, was attractive because of its proximity to the Air Force Academy and to Interstate 25, Choi said.

“The community at Victory Ridge is becoming more and more populated and with people within the community also being very kind and friendly, we believe such (an) environment makes it the best location to open up a new store to successfully expand our business,” he said.

Founder and CEO Il Yeon Kwon says on H Mart’s website that the grocery chain works to provide quality Korean food and service to communities throughout the U.S.

The grocery’s vast selection of products, however, appeals to numerous nationalities and its U.S. stores reflect the country’s diversity, Choi said.

“H Mart is always attempting to provide the most popular products from the entire globe,” Choi said. “As (the) U.S. is a country of diversity, there are many diverse cultures within the country and many of the people miss their home country food. Not only the parents, but the children, the spouse, the entire family wants to try out that type of food and new ones they have never tried.

“A lot of (the) American community now inquires for new food from around the world seeking for new flavors that sometimes becomes an exquisite delicacy,” he added. “H Mart as a business continues to provide new products to the customers for diverse experience and brings to the table such products as live crabs, live lobsters, and even live king crabs over the seas just so that the local community can experience and taste the new flavors available.”

H Mart also carries meat, tropical and exotic fruits, noodles of all kinds, vegetables, baking products, herbs and many more products, according to Choi and weekly ads featured on the grocery’s website.

H mart would join a handful of Asian-themed groceries in Colorado Springs, including the east-side Asian Pacific Market, the Sun Oriental Mart and Springs Korean Market in the central part of town and the Seoul Oriental Grocery Market on the southeast side.

Victory Ridge is part of the InterQuest area, which is one of the fastest growing commercial hubs in the Pikes Peak region. Restaurants, stores, hotels, entertainment concepts, service-oriented businesses and apartments are among several uses in InterQuest, though H Mart would be the area’s first grocery.