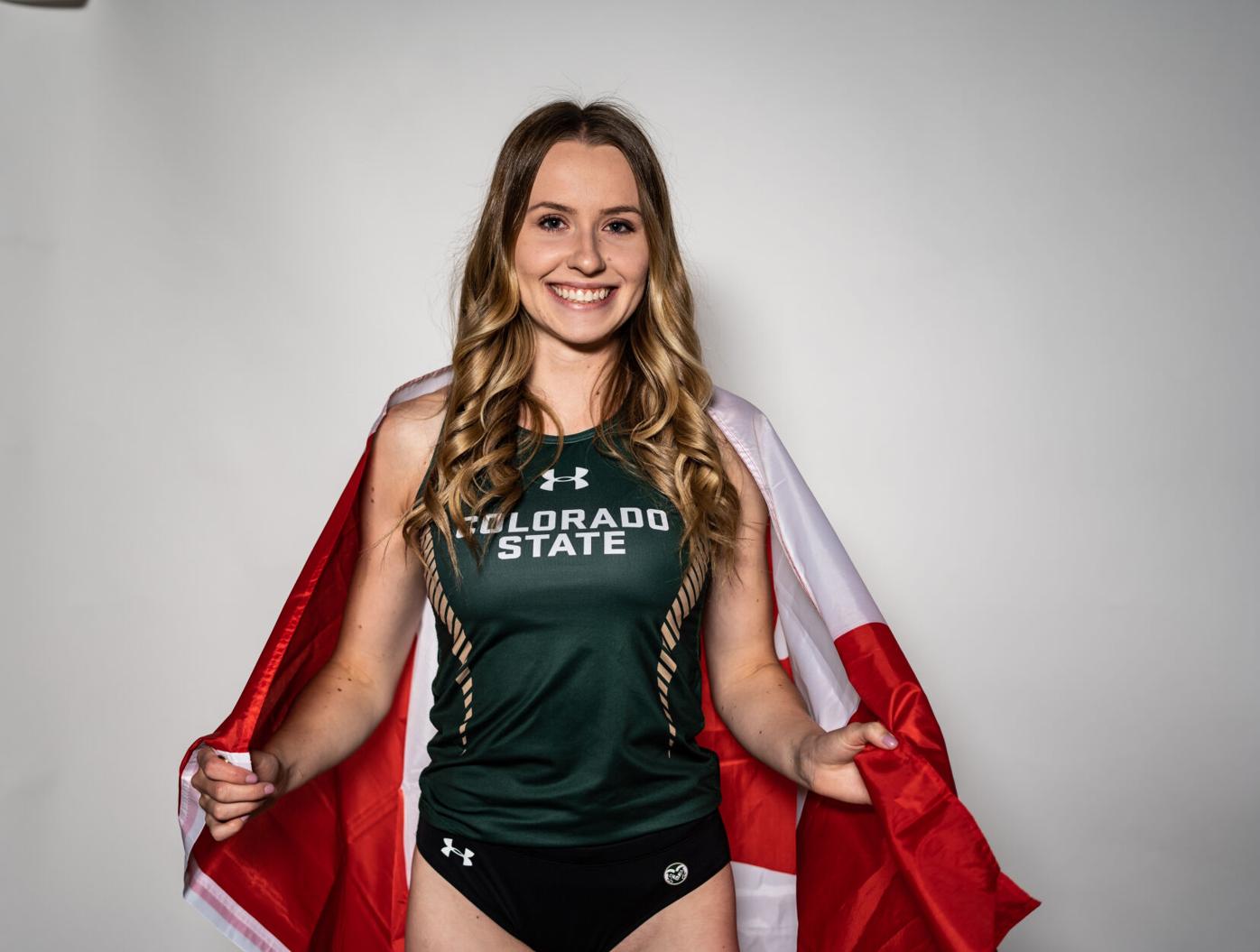 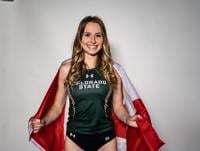 Lauren Gale poses with the Canadian flag. She will represent Team Canada in Toyko Games. 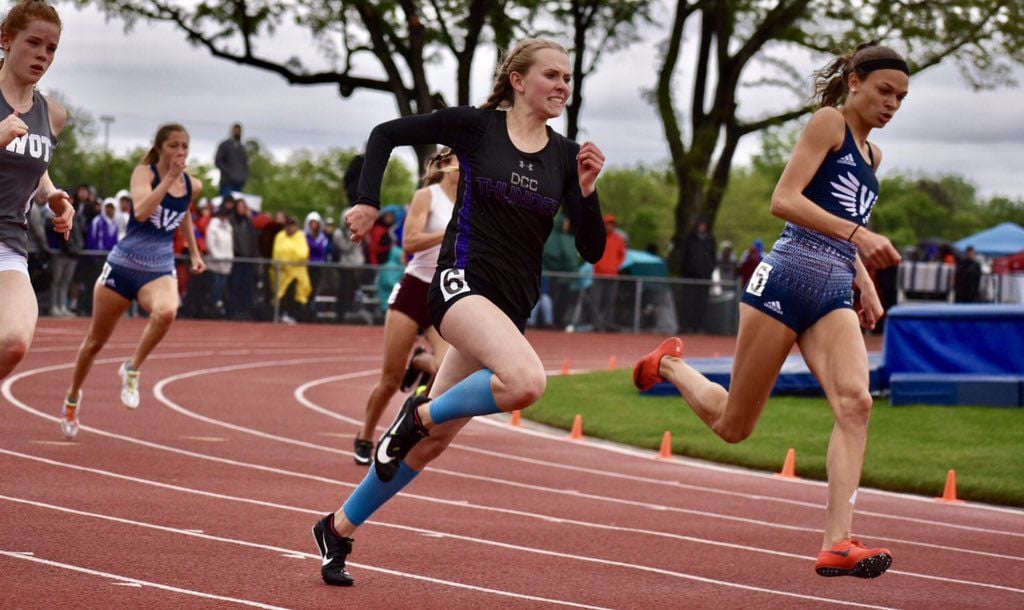 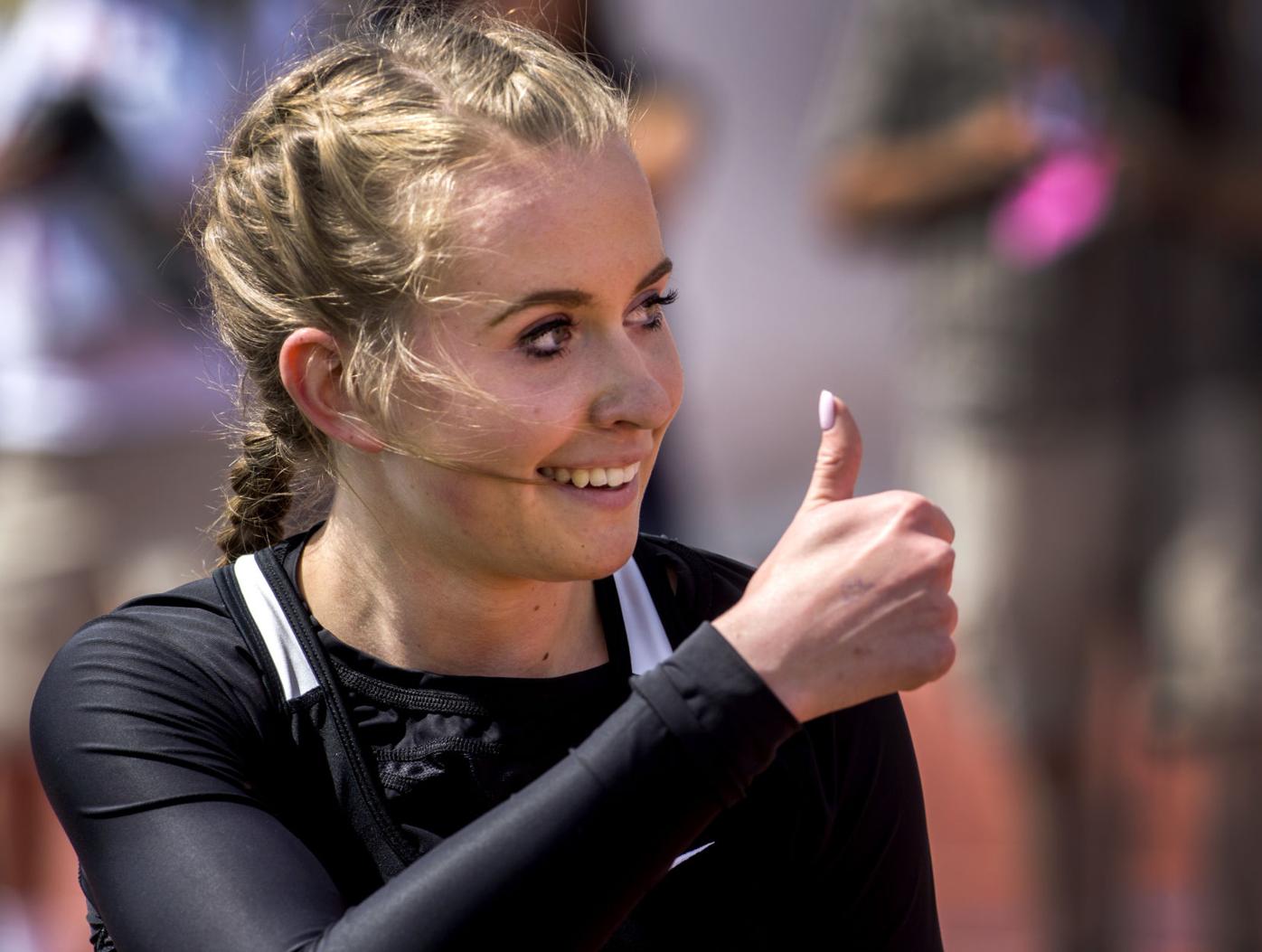 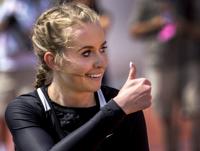 Discovery Canyon Lauren Gale gives a thumbs up after winning the 4A 100 meter dash Saturday, May 21, 2016, during the final day of the Colorado State Track and Field meet at Jefferson County Stadium in Lakewood, Colo. Gale’s time was 12.23 seconds. 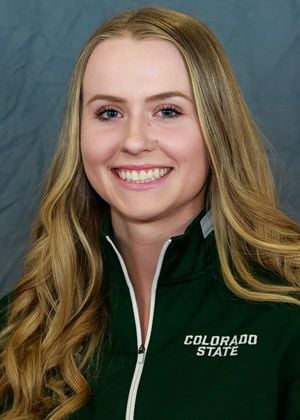 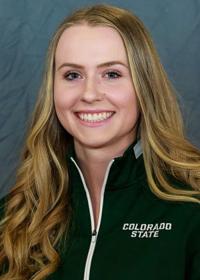 Discovery Canyon graduate Lauren Gale is off to a solid start during her first track season at Colorado State University.

Lauren Gale poses with the Canadian flag. She will represent Team Canada in Toyko Games.

Discovery Canyon Lauren Gale gives a thumbs up after winning the 4A 100 meter dash Saturday, May 21, 2016, during the final day of the Colorado State Track and Field meet at Jefferson County Stadium in Lakewood, Colo. Gale’s time was 12.23 seconds.

Discovery Canyon graduate Lauren Gale is off to a solid start during her first track season at Colorado State University.

“I’m gonna put it on my Instagram bio, on my resumes when I’m applying for dental hygiene school,” Gale, 21, said, noting those schools are difficult to get into. “Maybe that will help, I don’t know.”

The Discovery Canyon alumna, who just finished her junior year at Colorado State, is headed to the Tokyo Games as part of the 4x400-meter relay team.

Gale and her parents enjoyed some coffee on her front step in Fort Collins early July 3 as they waited on the life-altering email from Athletics Canada, but Gale’s former track and field club, Ottawa Lions, beat it with a Tweet. Gale was the youngest member of Canada’s track and field team.

Gale’s time of 51.96 put her solidly in contention before Rio Olympian Alicia Brown matched it at the 2021 Olympic Trials. Brown turned in a 51.82 later in June, casting minor doubts on Gale’s inclusion.

She’s set to leave for Japan on Saturday.

“Getting to compete on the biggest stage of the biggest track event possible — it’s insane,” Gale said. “I still can’t believe it.”

Gale was always the one chasing the ball down the field in youth soccer, giving her parents the idea to try track. Years later at an indoor meet, they were cheering for Lauren after what they thought was a good 400-meter race, but other spectators saw more.

“Afterward everyone kind of looked at us and said, ‘Wow, that’s a really good time,’” her mother Lisa said. “We didn’t even know what a good time was, but apparently for that age, it was super fast.

“We thought, ‘We have to look into this a little further.’”

Lauren's father’s work as a Canadian Army engineer brought him to Peterson Air Force Base and the family to Colorado Springs for six years. Lauren arrived at Discovery Canyon in 2015. In 2016 and 2018, on either side of hip surgery, she won the state 100-, 200- and 400-meter races in 4A. She was named the Gazette Preps Female Peak Performer of the Year in 2017-18.

Lauren tried international competition at the 2017 Youth Commonwealth Games, where she took part in the 200 meters and 400 meters for Team Canada. After graduating high school she competed in the 200 at the 2018 IAAF under-20 World Championships.

“I love Canada and I love to represent them. I claim it as my home still even though I’ve been here for a couple years now,” Lauren said.

“But it’s always good to be able to throw up a Ram sign at other places. It’s cool to kind of get to represent both of them.”

She reestablished school records in the indoor and outdoor 400 this season. She finished 13th at the NCAA West Preliminary Round on May 29, one spot away from advancing to the NCAA Championships. That time was good enough for Team Canada.

She’d hoped to attend the Trials, but traveling across the border to Montreal from June 24-27 required a two-week quarantine. A strange season, full of mask mandates and cancelled meets, had necessitated a creative solution — times and world rankings were considered, Lauren said.

The work of Lauren’s own dental hygienist will be on display when she takes in the scene at Olympic Stadium in Tokyo.

Her parents, preparing for a cross-country move, will try and set up their TV immediately upon arrival. If that isn’t sorted out quickly, they’ll be the ones at a Washington, D.C. sports bar, telling everyone who their daughter is.

“She gets to go and compete against the best in the world,” Lisa said.

One day, the gloved hands in your mouth could belong to an Olympian.

“If I can help boost people’s confidence then my job is done,” Lauren said.