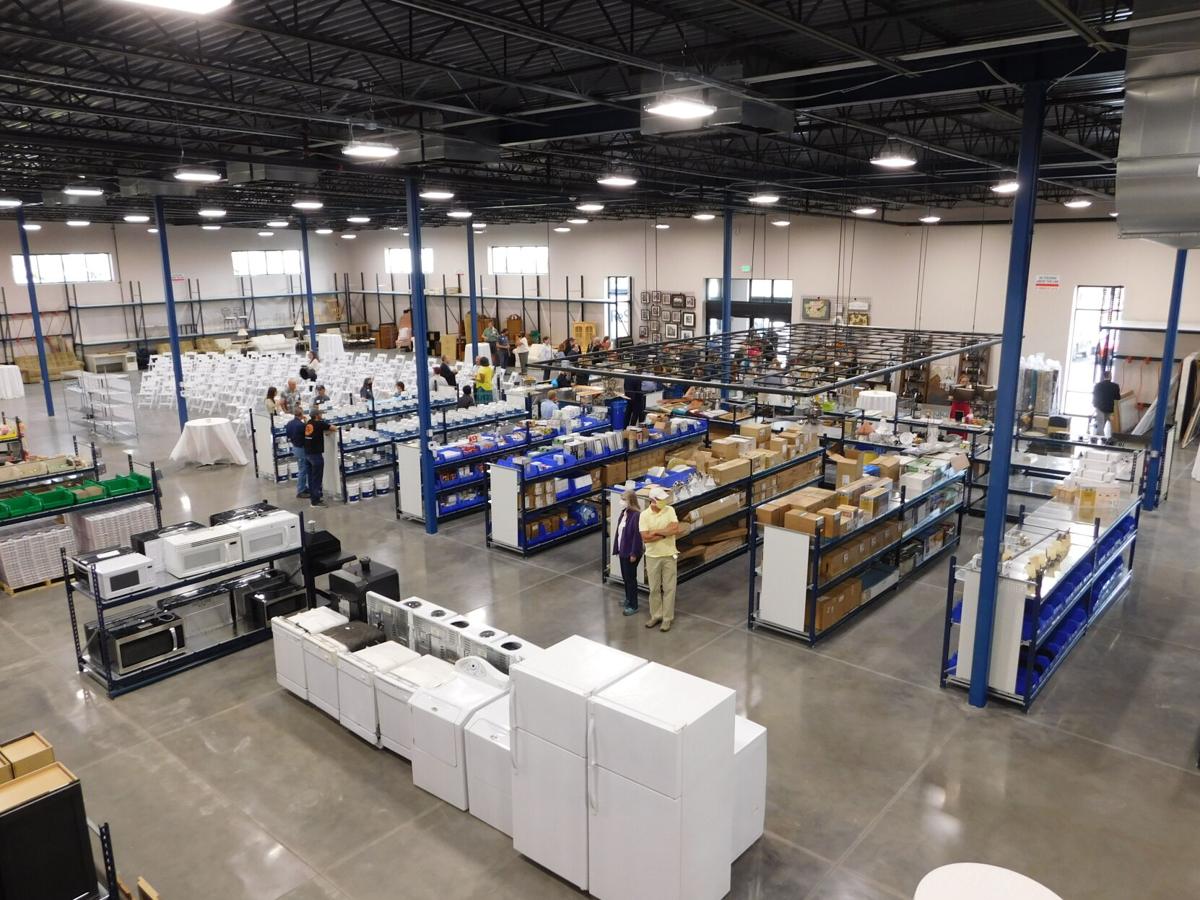 The new ReStore offers inexpensive opportunities to build and decorate a home. Profits aid Pikes Peak Habitat for Humanity as the organization works to provide sustainable housing across the region. 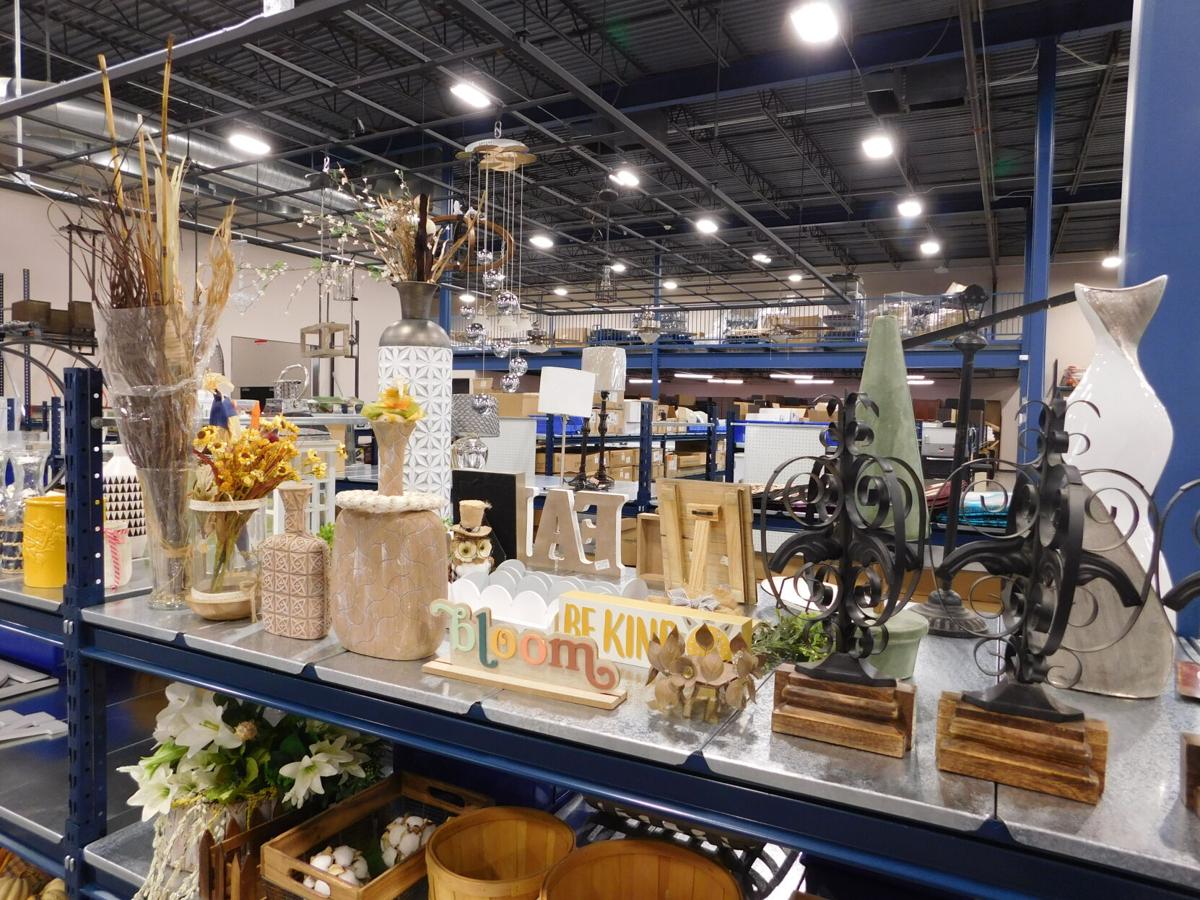 The new ReStore offers inexpensive opportunities to build and decorate your home. Profits aid Pikes Peak Habitat for Humanity as the organization works to provide sustainable housing across the region. 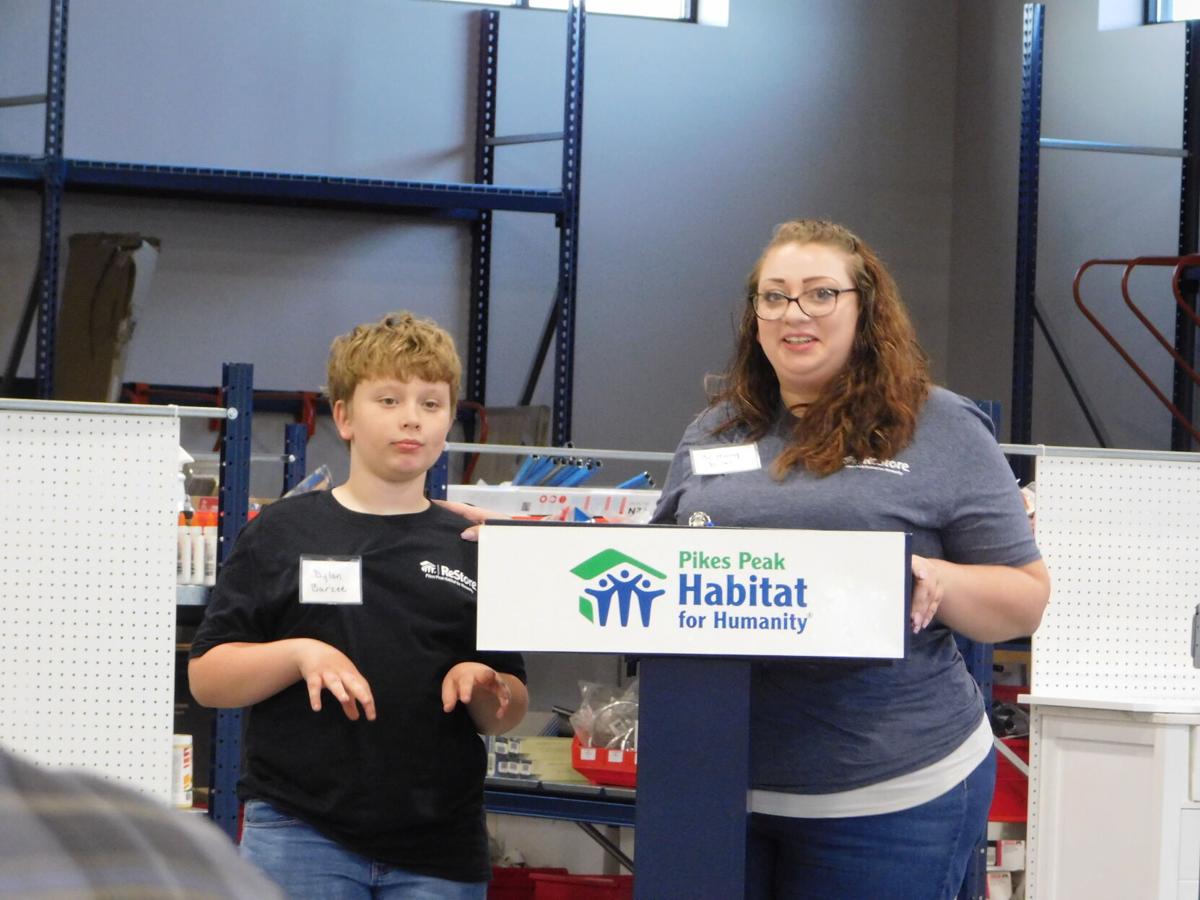 Brittany Dion, right, and her son, Dylan, will move into their new Habitat for Humanity home this December, just in time for Dylan’s 10th birthday. 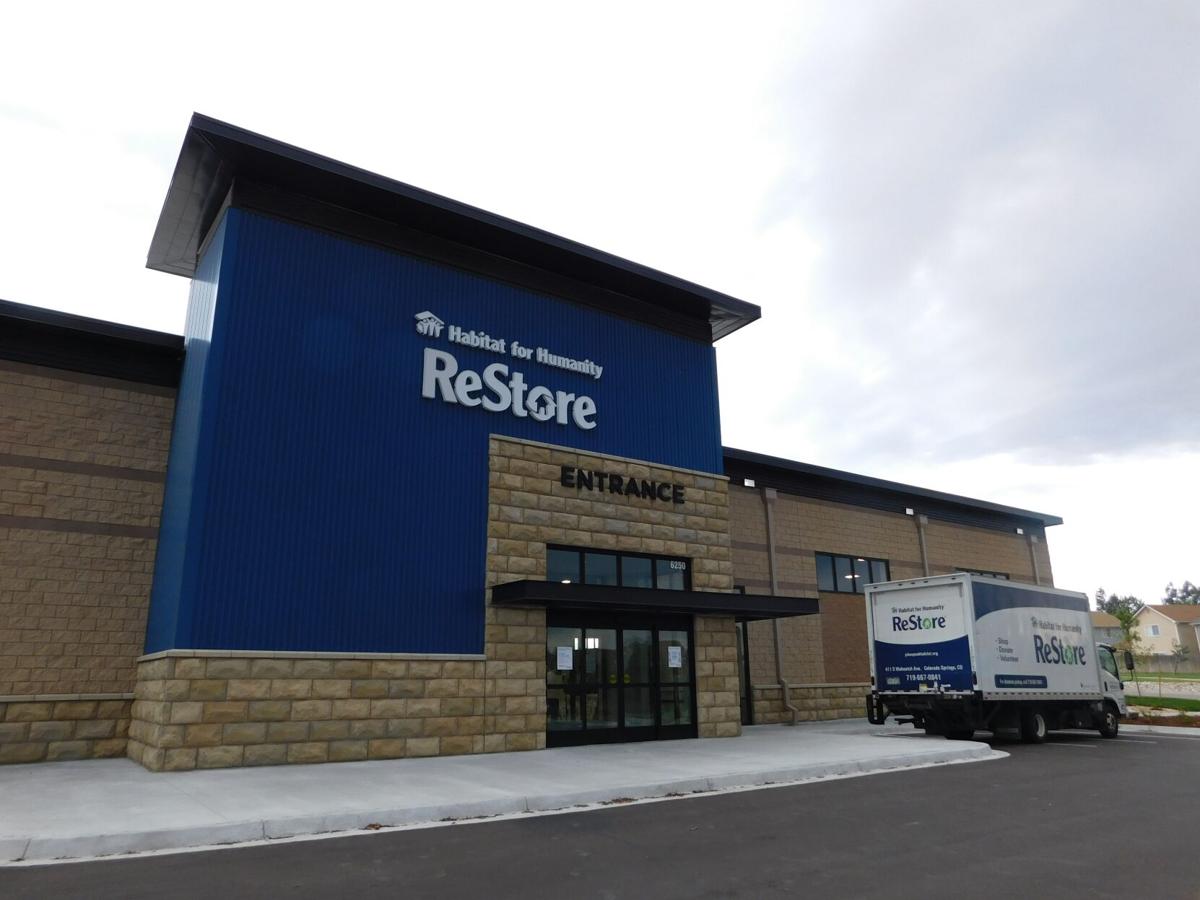 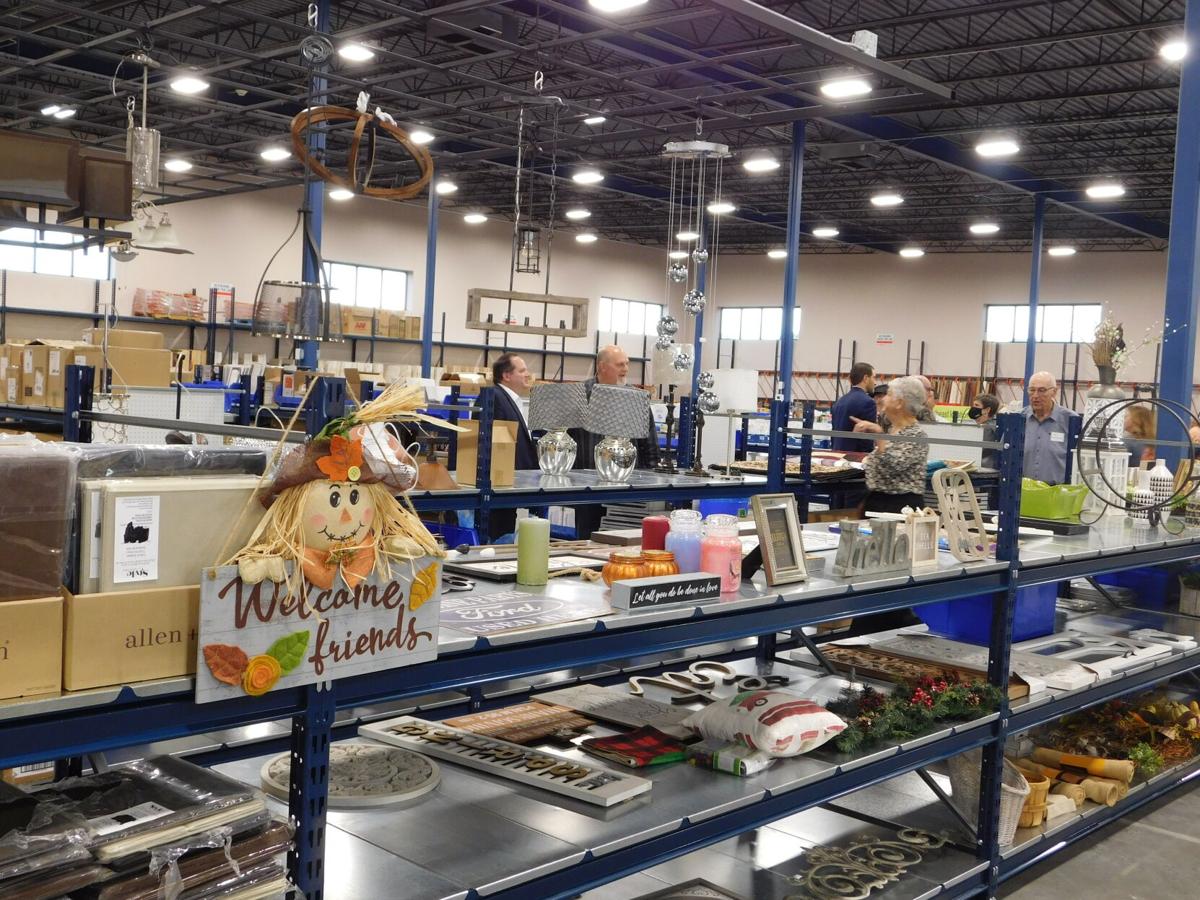 Decorations and lighting fixtures are some of the wares for sale at the ReStore. 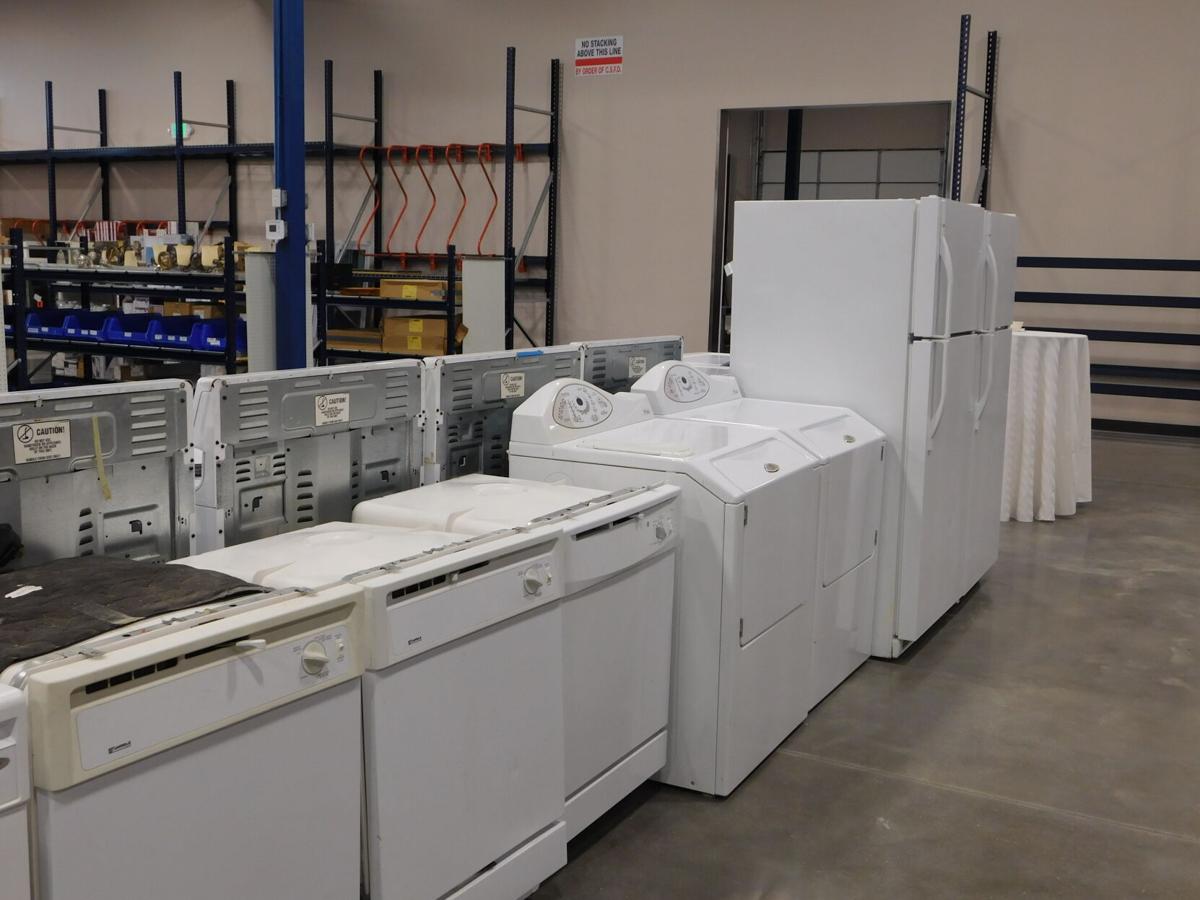 Appliances are also in stock at the ReStore. 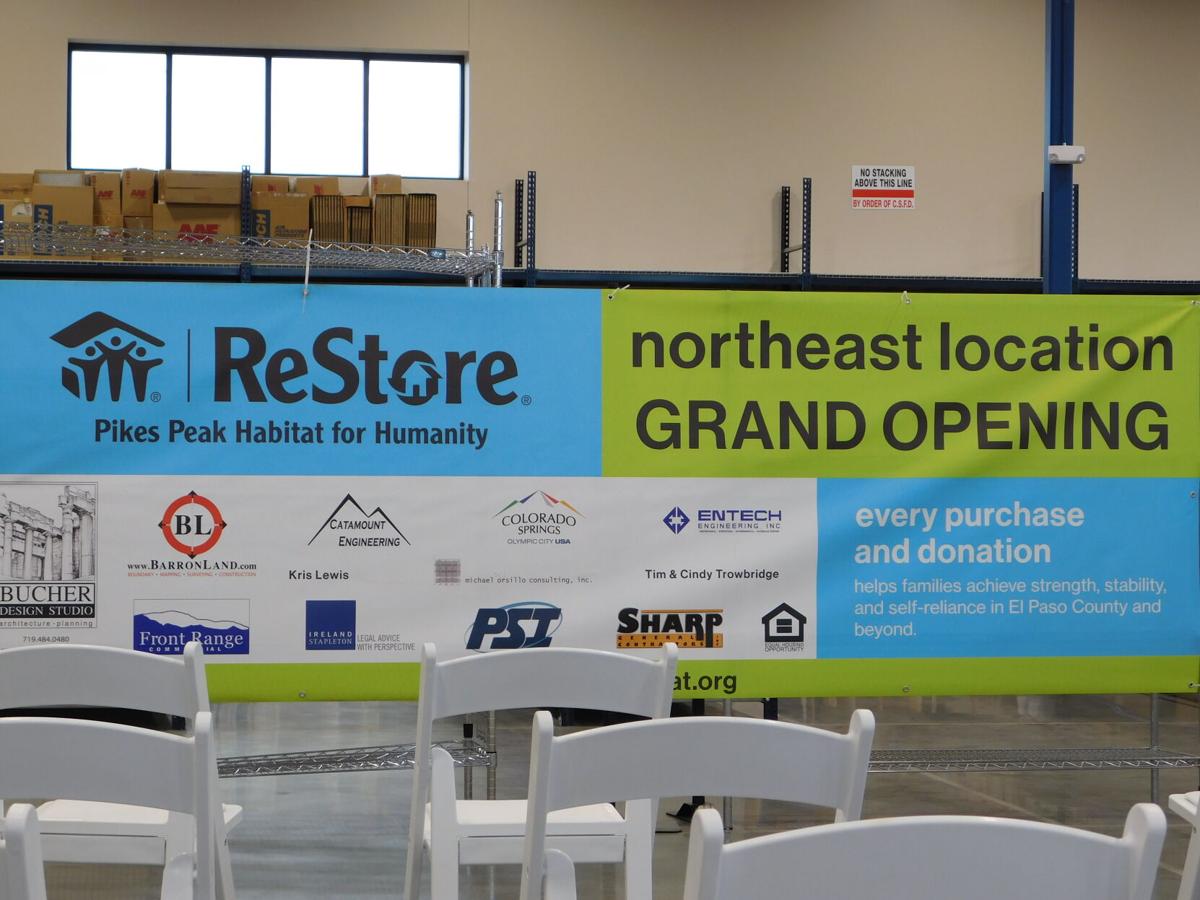 Chairs are set up for Saturday’s grand opening at the new ReStore on Tutt Boulevard.

The new ReStore offers inexpensive opportunities to build and decorate a home. Profits aid Pikes Peak Habitat for Humanity as the organization works to provide sustainable housing across the region.

The new ReStore offers inexpensive opportunities to build and decorate your home. Profits aid Pikes Peak Habitat for Humanity as the organization works to provide sustainable housing across the region.

Decorations and lighting fixtures are some of the wares for sale at the ReStore.

Appliances are also in stock at the ReStore.

Editor's note: This story has been updated to correct the number of homes built by yearly by Pikes Peak Habitat for Humanity. The nonprofit builds four to eight homes each year. Also, 9:30 a.m. is the kickoff for the grand opening ceremony on Saturday, Sept. 18.

On Saturday, just in time for its 35th anniversary in the region, Pikes Peak Habitat for Humanity will open its second ReStore to serve northeast Colorado Springs.

Since 1986, Pikes Peak Habitat for Humanity has funded the building of more than 190 homes throughout the region, helping dozens of area families achieve the dream of home ownership that they otherwise might not be able to afford. A significant portion of funding for the builds comes from the organization’s ReStore, which recycles and resells donated materials in order to finance their mission.

The new ReStore, at 6250 Tutt Blvd. (80923), expands the mission’s reach. The 25,200-square-foot home improvement store and resale center will accept drop-offs and donations from individuals and businesses across the region as Pikes Peak Habitat for Humanity works towards providing sustainable housing and safety to qualifying families in need.

The original ReStore, at 411 S. Wahsatch, launched in 2004, collecting donations from businesses and individuals in El Paso County to either recycle or resell. Today, the ReStore helps keep tons of material out of local landfills by recycling and reselling home goods including donated furniture, home accessories, building materials and appliances to the public at discounted prices in an effort to help fund sustainable housing for low-income families through Pikes Peak Habitat for Humanity.

The original ReStore grossed more than $2 million in 2020 — an important source of income for the four to eight homes the organization builds each year, especially in the current market, which has seen construction costs skyrocket.

Two years ago, for instance, a Habitat build cost around $160,000. Today, prices average closer to $240,000 for the same product. That’s one reason why the new ReStore and the funding streams it creates are so crucial.

Both ReStore locations are powered by volunteers, a team of whom donated more than 1,700 hours of work in 2020 alone. That’s the equivalent of about 11 full-time staff, says Kris Lewis, executive director and CEO for Pikes Peak Habitat for Humanity.

“We all need a place to call home,” Lewis said, and it would be impossible to do what Habitat does without the “phenomenal people [who volunteer] every day.”

While many ReStore and Habitat volunteers are members of the community giving back, some are also recipients of Habitat homes.

In order to qualify for a Habitat for Humanity home, a family must meet a set of established criteria. Lewis explained they must have a need for sustainable, safe housing; must be able to pay a monthly mortgage on the home, which is capped at 30% of their income to ensure the home stays affordable; and must have a willingness to contribute and volunteer, often helping to build the very home they eventually occupy.

When Brittany Dion and her young son, Dylan, first found themselves without a home years ago, they had two suitcases and three duffle bags to their names. They stayed with friends, lived out of Dion’s car, and moved across the country to try to build a new life.

Now, they’re preparing to move into their first home together — just in time for Dylan’s 10th birthday in December.

“I didn’t think something like this would actually happen for us,” Dion said. “Thanks to Habitat, my son and I will never face homelessness again.”

Dion has been volunteering in the build process for a few Habitat homes in the Sand Creek area as part of her role as a housing recipient.

She loves to paint, so that’s one of her favorite jobs in the new houses, but she’s also been putting up drywall, cutting framing, and helping to clean the sites.

“It’s very rewarding,” she said, “but there’s a lot of sweat — when they say ‘sweat equity,’ they mean it.”

Dion works for the city in road maintenance coordination, and is looking forward to their move this winter.

“I’m excited for a yard and a laundry room,” she said, “and for stability. There’s a lot of things we take for granted.”

The new ReStore location, along with its sister store further south, helps fund builds for houses like Dion’s.

“It’s a phenomenal gift to the community and the families that we serve,” said Suzanne Ott, one of the employees at the new ReStore, “helping to ensure that everyone has a wonderful place to live.”

The new ReStore will be open from 10 a.m. to 6 p.m. Monday through Saturday. Part of the building accommodates drive-up donations and dropoffs, including paint and porcelain recycling.