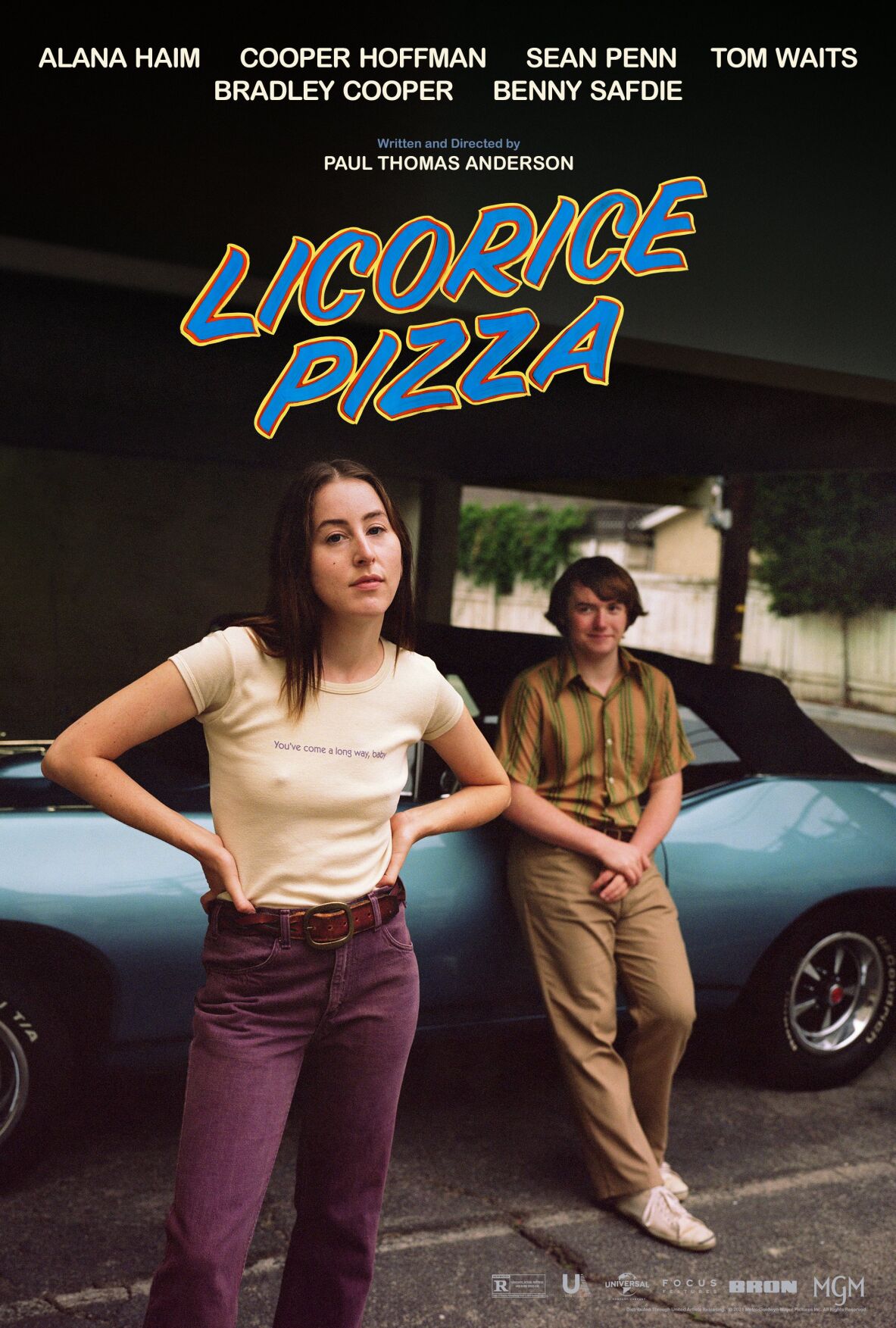 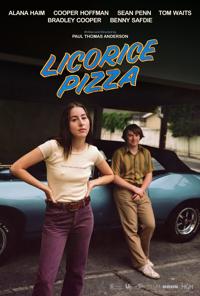 The official poster for “Licorice Pizza,” an upcoming film written and directed by Paul Thomas Anderson. 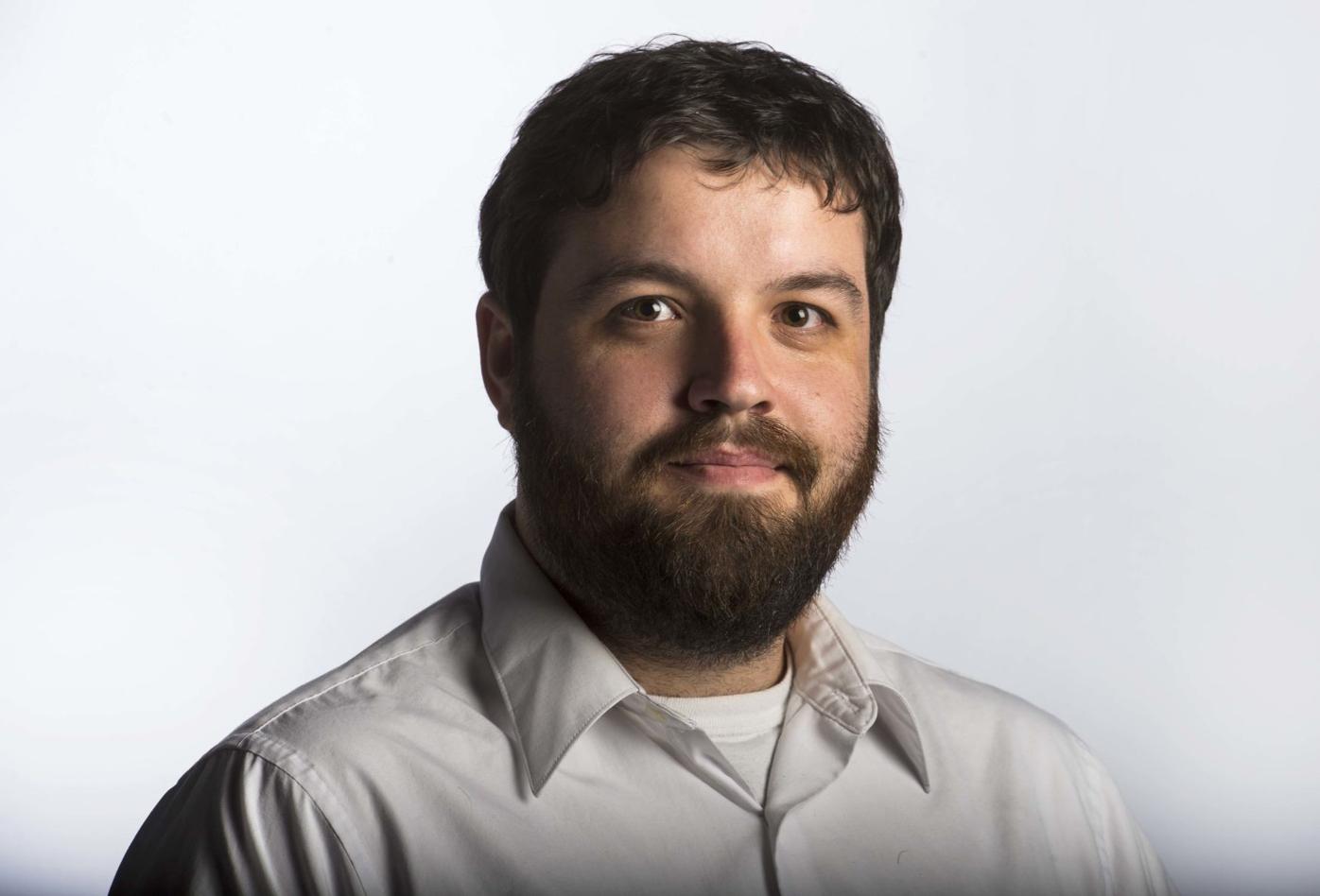 The official poster for “Licorice Pizza,” an upcoming film written and directed by Paul Thomas Anderson.

Last week’s release of the trailer for “Licorice Pizza,” the highly anticipated new film from writer/director Paul Thomas Anderson, feels like as good a sign as any that awards season is approaching. With the amount of 2020 delays, coupled with an underwhelming 2021 Academy Awards ceremony featuring films a great number of people didn’t see, this feels like a make-or-break year for the Super Bowl of movies.

The prospects are promising this fall and winter, though, with a decent number of crowd-pleasing hits sure to make a dent in the box office or get some word-of-mouth streaming buzz.

Here is a look at some of this season’s contenders you won’t want to miss:

PTA is back. It’s been four years since “Phantom Thread,” and one of the best living directors has returned to the setting of so many of his prior films: The Valley in Los Angeles.

“Licorice Pizza,” a coming-of-age drama about a teenage actor in the 1970s, has a pair of feature-film debuts that are sure to receive a ton of attention in the lead-up to the movie’s premiere. Cooper Hoffman, son of the late Philip Seymour Hoffman (who was in five of Anderson’s first six films), plays the lead role of Gary Valentine in his first and only IMDb credit. Alana Haim, one of three sisters in the band HAIM, stars alongside Hoffman as Alana Kane.

Speaking of long-awaited returns, Jane Campion is back with her first feature since “Bright Star” in 2009. Her only work from the past decade was showrunning the critically adored yet little-seen series, “Top of the Lake,” starring Elisabeth Moss. The Oscar-winning writer and Oscar-nominated director of “The Piano” is back with “The Power of the Dog,” adapted from the Thomas Savage novel of the same name.

Benedict Cumberbatch leads the charge in this western family drama alongside Kirsten Dunst and Jesse Plemons. Expect acting nominations for all three, and as of now, “The Power of the Dog” is the way-too-early Best Picture favorite, as is Campion for Best Director, according to GoldDerby. Campion won the Silver Lion for Best Direction at the Venice International Film Festival, where the movie debuted Sept. 2.

This is not another stuffy British royalty story, as the title might suggest. Far from it, in fact. “King Richard” is about Richard Williams, the father and coach of tennis stars Serena and Venus. Returns to prominence are clearly the throughline for a lot of these upcoming movies, and “King Richard” is yet another example as it looks like a real possibility Will Smith will get his first gold statue. The former biggest movie star on the planet, Smith has been mired in dud after dud for a while now — “Gemini Man,” “Bright,” “Collateral Beauty” and “Suicide Squad,” to name a few.

“King Richard” has a lot going for it. It’s a story audiences will have at least some familiarity with, Smith is going to be centerstage promoting this on every talk show and podcast for months and it has the simultaneous theatrical and HBO Max release. This one’s going to be a big deal.

This has drawn comparisons to Alfonso Cuaron’s “Roma,” and for good reason. Shot in black and white, “Belfast” — written and directed by Kenneth Branagh — is a semi-autobiographical story about a young boy growing up during the Northern Ireland conflict in the 1960s. It won the People’s Choice Award at the Toronto International Film Festival and looks to be a contender in just about every major Oscars category.

Writer/director Adam McKay is seemingly pivoting away from his recent reality-based dark comedies (“The Big Short,” “Vice”) for a fictitious one, but it doesn’t take long to see the thinly veiled satire when the president, played by Meryl Streep, dons a trucker hat that reads “Don’t Look Up.”

Leonardo DiCaprio and Jennifer Lawrence lead this loaded cast as two astronomers set out on a public relations campaign to warn the world of an earth-destroying comet approaching.

Joel Coen, Frances McDormand, Denzel Washington and Bill Shakespeare: What’s not to love? This is the first solo entry for a Coen, and though it is based on the Shakespeare play and not much is known about the film, it would be shocking for this to feel like the Shakespeare adaptations of yore without getting lots of Coen wrinkles along the way.

What more can be said about it at this point? What is surprising, though, is its place on this list. As anticipated as it is and as stunning as it looks, these types of blockbusters rarely get in the awards conversations. GoldDerby has it ranked eighth for Best Picture and seventh for adapted screenplay, with Denis Villeneuve all the way up at second for Best Director behind Campion.

Guillermo del Toro’s first film since his Oscar-winning “The Shape of Water” looks like a lock to be in the awards conversation with “Nightmare Alley,” based on the 1946 novel of the same name. Like most del Toro fare, expect this psychological thriller to have plenty of purpose behind the scares. Bradley Cooper and Cate Blanchett star.

With possibly the greatest cast ever assembled, this “love letter to journalists” inspired by The New Yorker, according to writer/director Wes Anderson, is sure to be a hit in newsrooms across the country. This is Anderson’s first live-action feature since “The Grand Budapest Hotel” seven years ago.

Warner Strausbaugh is a page designer for The Denver Gazette and columnist for Pikes Peak Newspapers. Contact him at warner.strausbaugh@gazette.com.