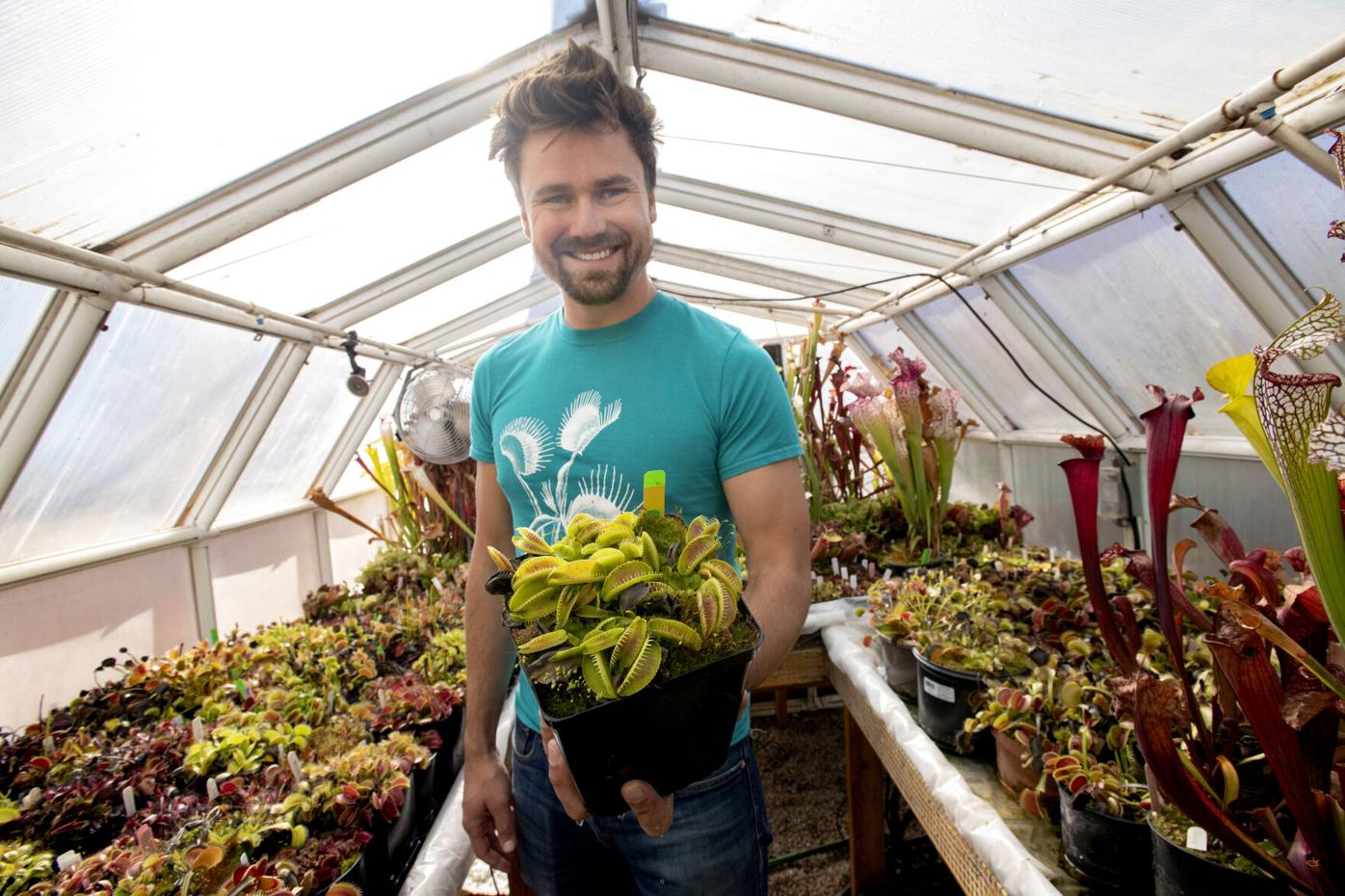 Jeremiah Harris holds his Venus flytrap, which earned a spot in the 2022 edition of “Guinness World Records,” in one of his greenhouses at his parents’ home. 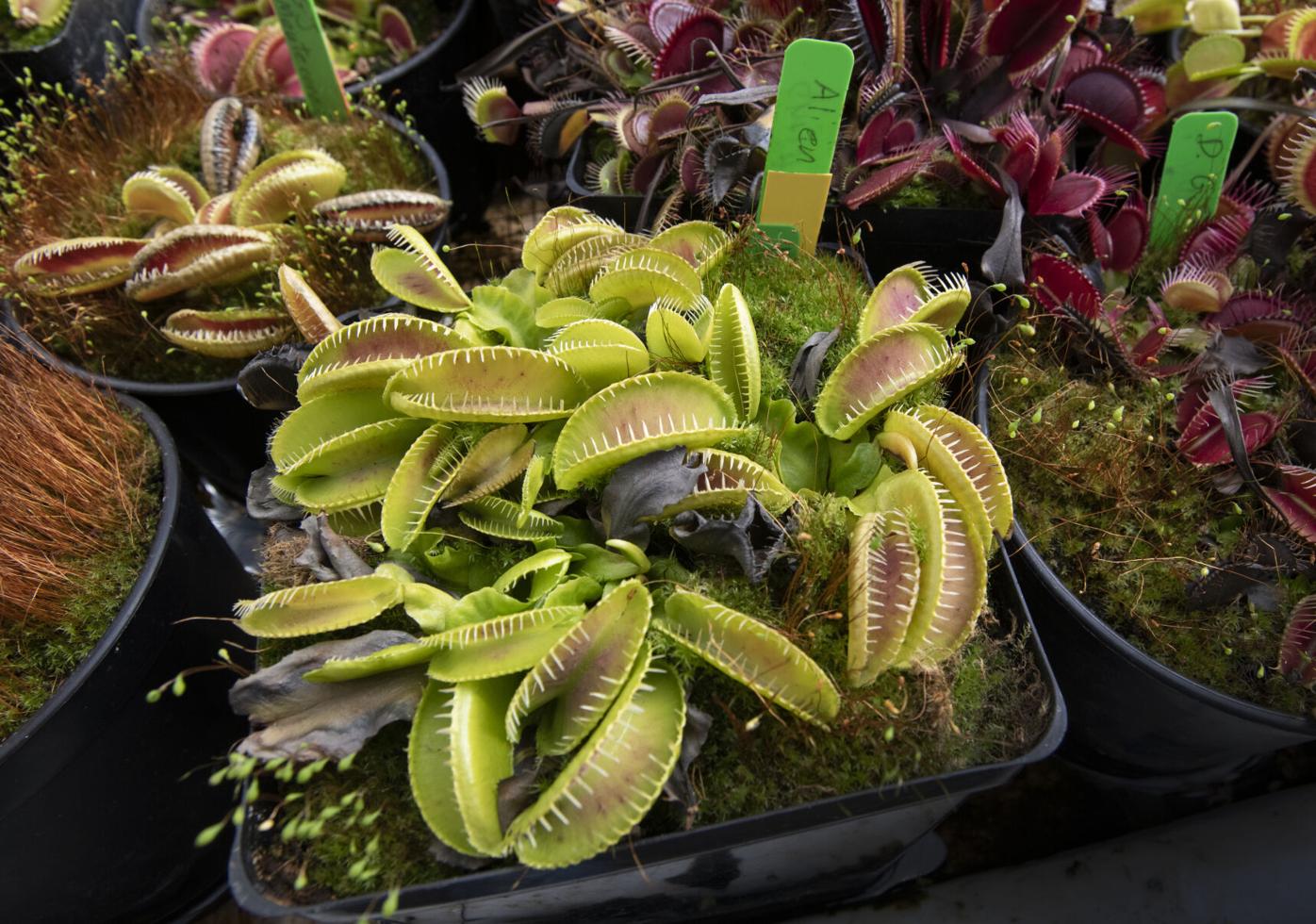 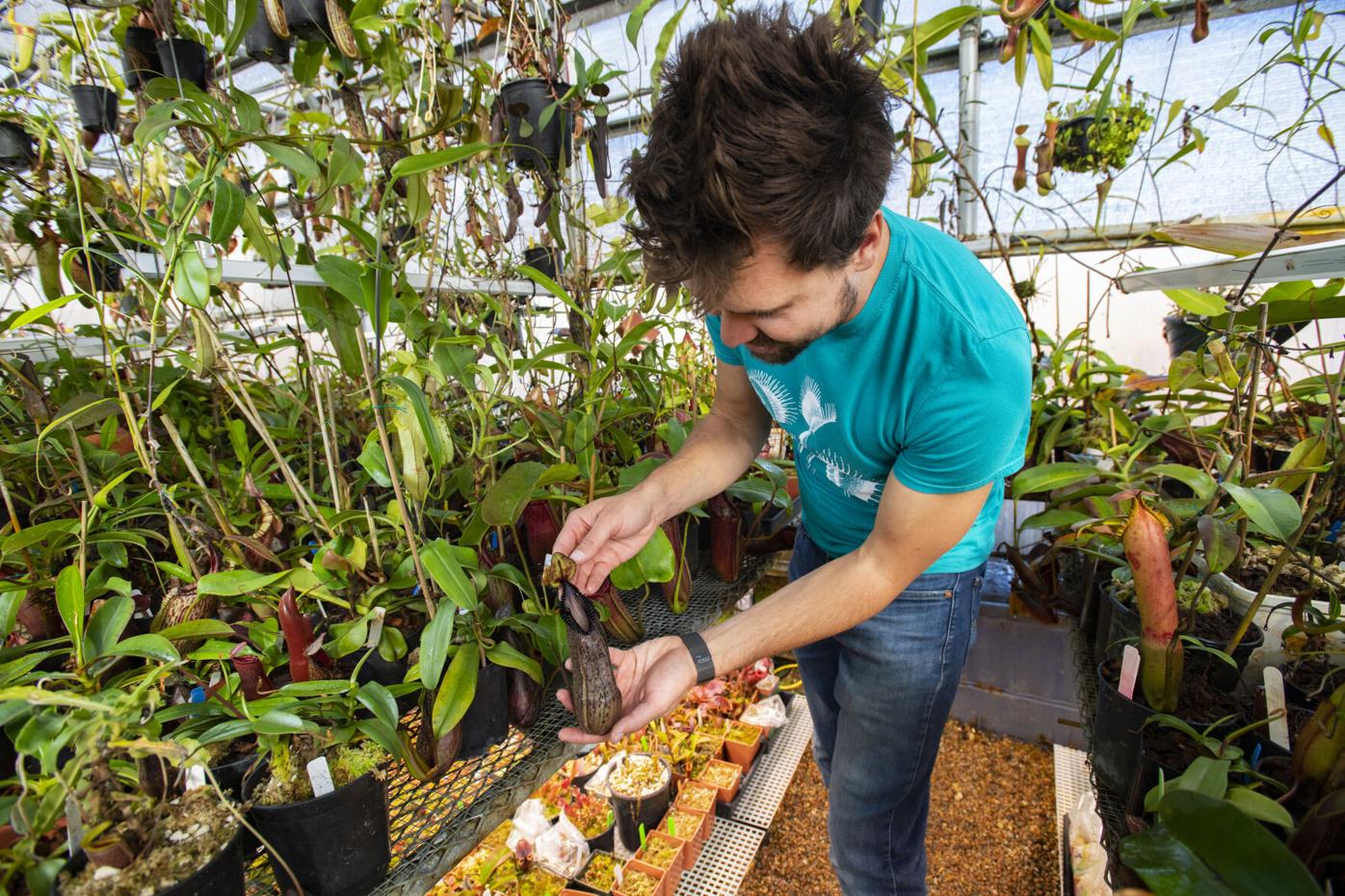 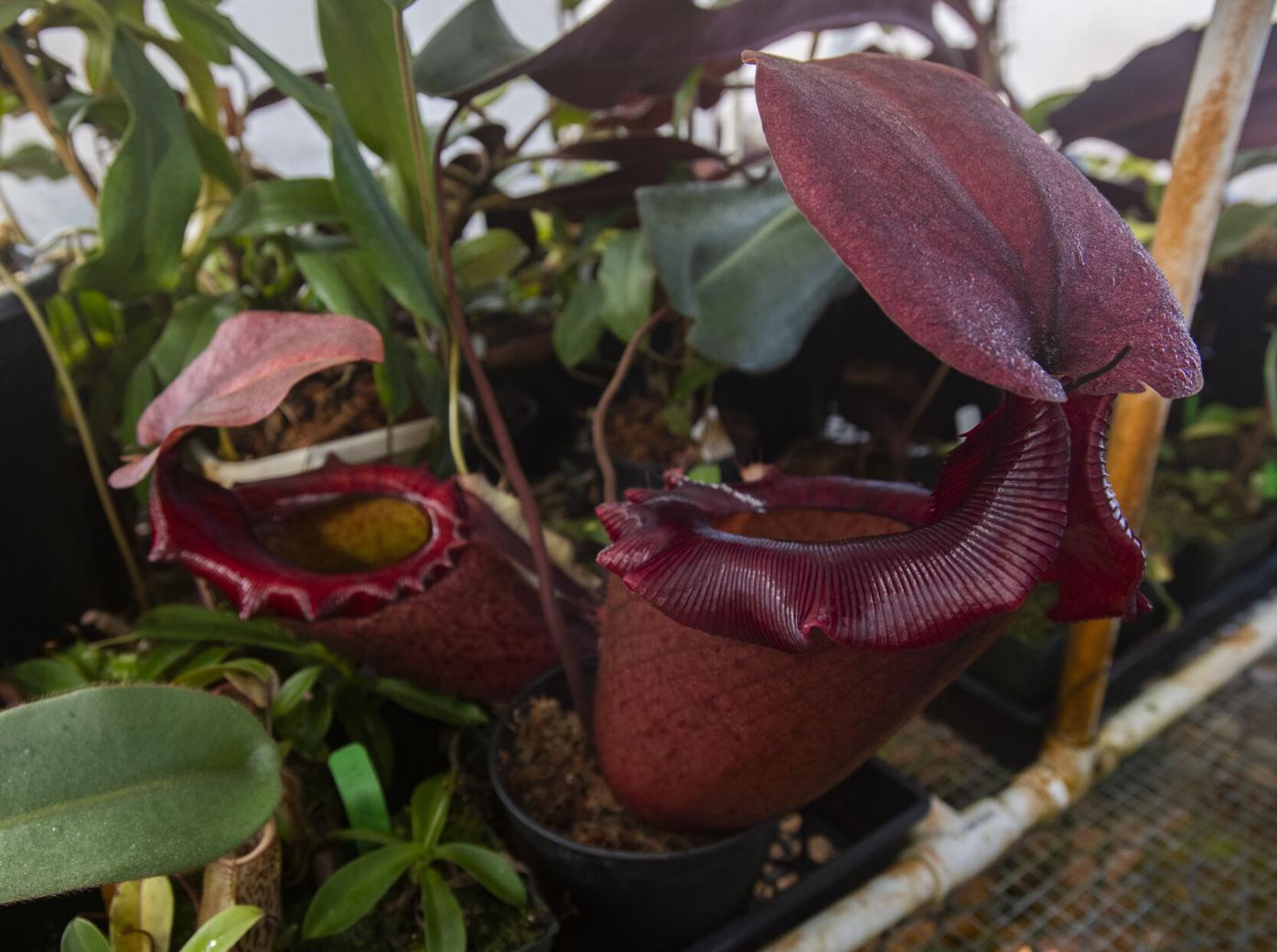 The pitfall traps of a pitcher plant in a greenhouse of Jeremiah Harris.

It didn’t matter that the intended recipient, her son, wasn’t there or even in the country when the mail came that day.

Patience slipped away at the sight of “Guinness World Records” on the label.

An advance copy of the 2022 edition of the flashy and famous record book came to the family’s Colorado Springs home months before it hit shelves, a perk of being a featured record breaker.

That title goes to Jeremiah Harris, who, with messy brown hair and a big smile, can be seen on Page 47 holding a Venus flytrap. His isn’t just any flytrap. The plant’s trap, its spiky mouth-looking pair of leaves, is the biggest in the world, according to Guinness.

That number might sound small if you’re picturing the terrifyingly huge Venus flytrap that served as the fictional monster in 1960’s “The Little Shop of Horrors.”

But for those in the real community of carnivorous plants, that’s a big trap, and a full centimeter larger than anything Harris had seen before.

The 34-year-old has been growing his obsession over carnivorous plants since the age of 4. He asked his parents to read him books about the subject before he could read on his own.

“They just drew me in as a kid,” he said. “There’s a plant that can move on its own to trap something? No way. How does a plant do that?”

As loving parents do, Kay and Greg Harris struggled through Latin pronunciations of plants that were foreign to them and foreign to Colorado to put a smile on their son’s face. As cautious parents might think, they figured he might lose interest in the odd hobby over time.

“We thought it was interesting,” Kay Harris said. “We were glad to have so many birthday ideas for him.”

His interest only intensified and soon they were building greenhouses on their property near Garden of the Gods.

Greg Harris was happy to help put up a greenhouse, but he wasn’t convinced his son should go all-in on carnivorous plants.

“I didn’t think it was the best idea for business,” he said. “I thought he should stay working at Starbucks and become a manager.”

Jeremiah Harris did stay working at Starbucks for 10 years, saving up money to travel and to add to his plant collection. His collection is now known as one of the best in the world.

So when his name came up amid applicants for the Guinness World Records, Barry Rice wasn’t surprised.

Rice, an astrobiologist and professor at Sierra College in California, was asked to consult on the book as Guinness decided to include a section on carnivorous plants for the first time.

He was amazed they weren’t already planning on having a record for the largest Venus flytrap.

“It is no doubt the most important and prominent carnivorous plant of all time,” Rice said. “It’s a big deal that people want to know about.”

He put out a call on Facebook and came up with guidelines for photo submissions so he could accurately measure each Venus flytrap.

“Immediately, lots of photographs flew in,” Rice said. “And the amazing Jeremiah rose to the top.”

In the 2022 book, there are pages of unique records, like one for tallest living human and tallest sandcastle. Rice says a page on carnivorous plants fit right in.

“Carnivorous plants break the rules; they invert what we think of as the natural order,” he said. “I had a salad for dinner last night. We’re not used to the salad eating us.”

To master grow those plants, you have to pay attention to the details.

And that’s what Harris does. His next dream? A flytrap measuring 10 centimeters.

“Since this is official now, I know people are going to try to beat my record,” Harris said. “It will push the whole community forward.”