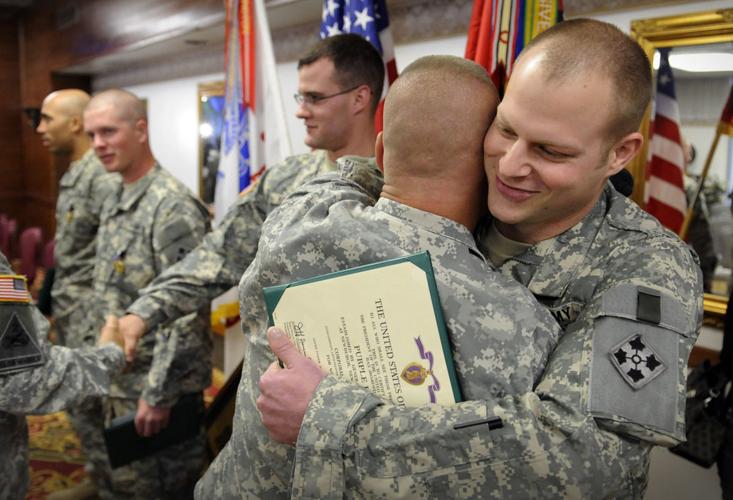 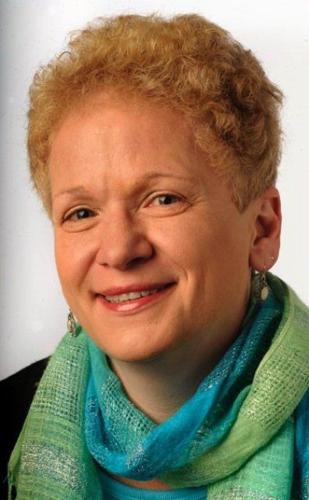 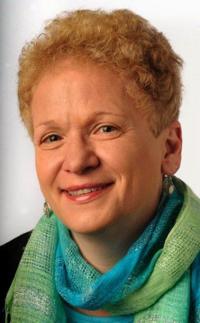 Roadside bombs exploded. Grenades hit his truck. Shrapnel tore into his back.

But Sgt. Steven Defino stayed with the convoy on that dark road in Iraq.

“I reached back,” he says, “and I felt part of my back wasn’t really there. My glove was dripping blood.”

Alone in his truck, Defino had nobody to save him.

“I figured I was toast,” he says. “Then I was like: ‘No, this can’t happen. I promised my wife.’ I started feeling myself getting light-headed. I was like: ‘Nope, I’m not going to die today. Not in this damn place.’”

His perseverance in the April, 11, 2008 ambush near Baghdad earned him a Purple Heart — his second such medal for injuries sustained in combat. He also has a Bronze Star for valor.

Now the Pikes Peak Chapter of American Red Cross has named him the Military Hometown Hero.

After the ambush, he was hospitalized a month with a fractured pelvis, broken hip and shrapnel in his back. His wife, Jennifer, stayed by his side, packing his wounds.

His response: “Nope. It is going to happen.”

He started with a walker, then a cane. After a year, he tossed the cane.

Today, the brawny 6-foot, 235-pound Texan walks without a limp. The internal wounds haven’t healed. He has PTSD, memory loss and migraines.

When he goes swimming with his kids, Bradly, 8, and toddler Elizabeth,, he’s just another beefcake dad on the beach — until he takes off his shirt. Then, he gets the barrage of odd looks.

Doesn’t bother him, though. The scars are badges of honor. That’s why he joined the Army, following in the combat boots of generations of men in his family.

He was a sports car mechanic when he enlisted at age 23 as a combat engineer. “They said you blow up stuff,” he says. “It’s like infantry, but you get explosives. You kick down doors.”

Sounded good to him. That role also put in him danger of being blown up as well, as he quickly realized in his first tour in 2005.

“Every time I was in a firefight I could always feel my leg shaking. But after 5 to 10 minutes I was steady as a rock, just doing my thing. Your nerves settle. You just start doing the job, and that’s killing the enemy.”

He was wounded and received his first Purple Heart in 2006, only to deploy again a year later. After the last ambush, he could have gotten out on disability. Instead, he stayed in to work on Fort Carson Warrior Transition Unit.