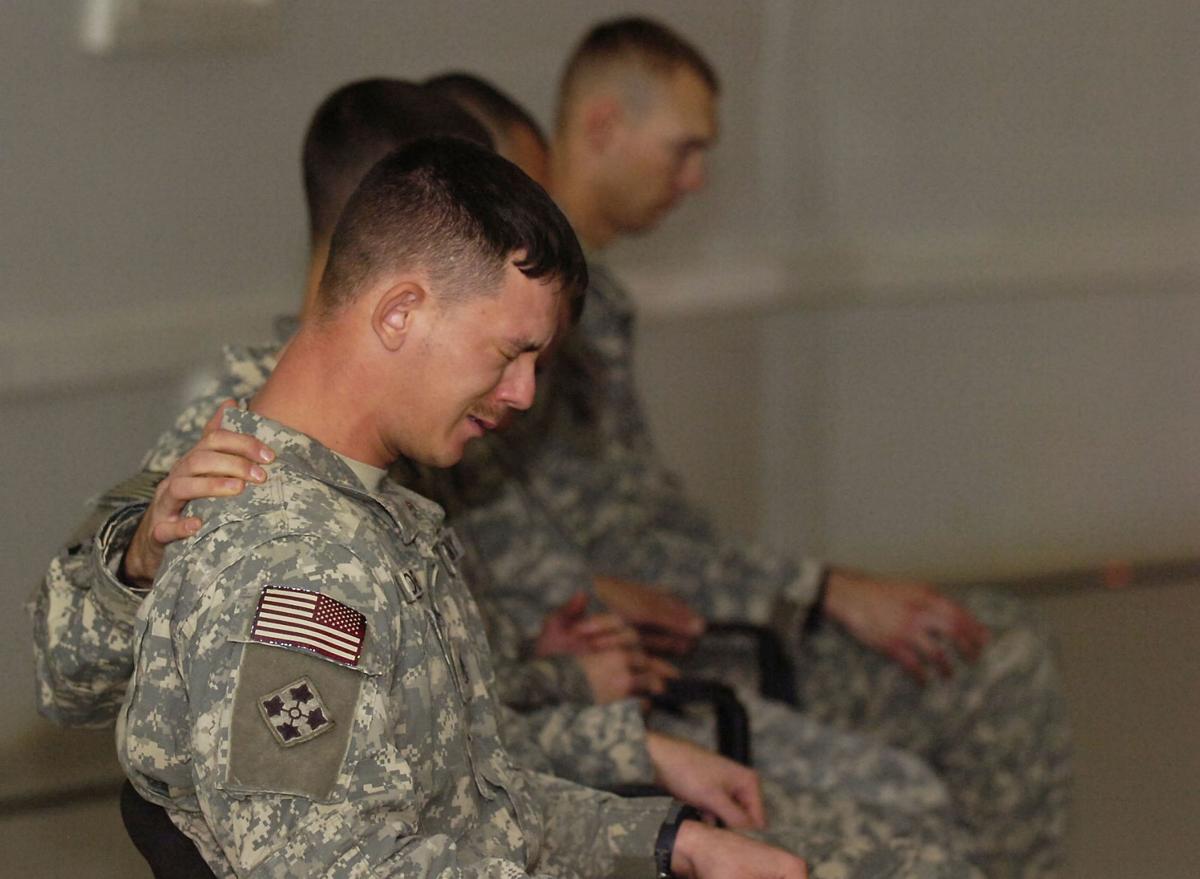 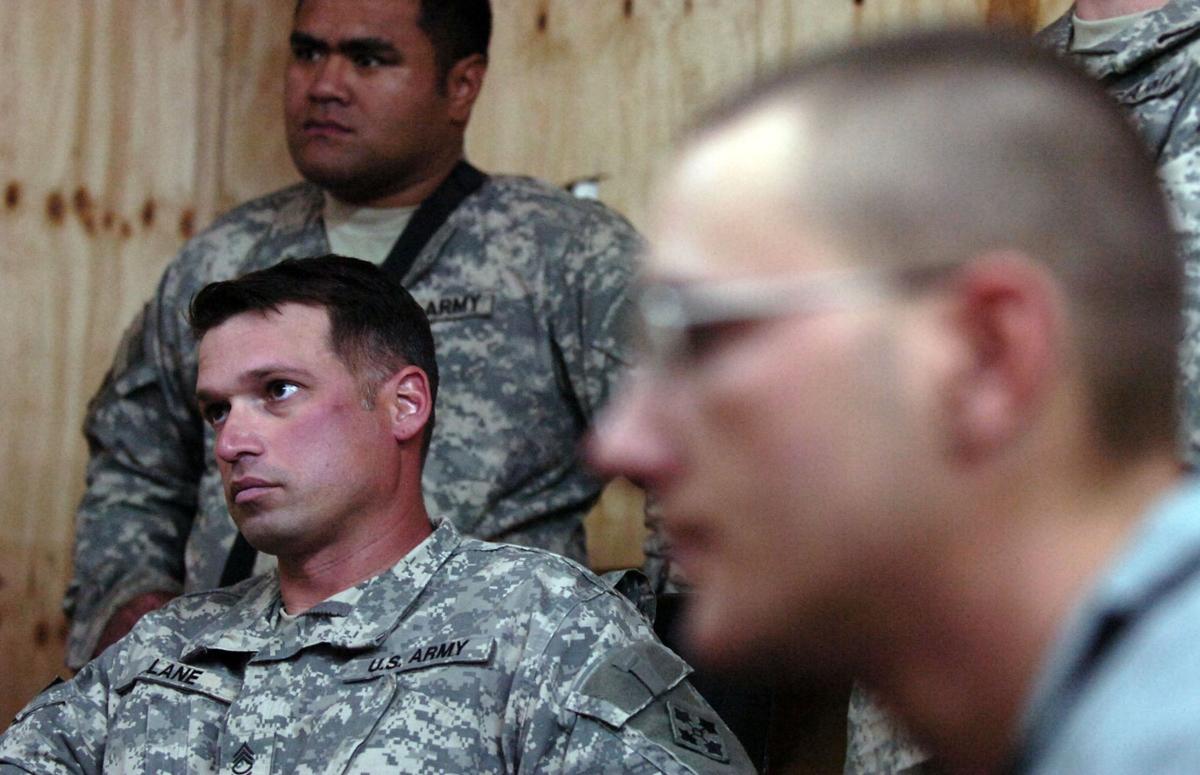 Sgt. Richard Augafa, back left, SFC Lloyd Lane, front left and Pvt. Robert Greenlaw-Moore, right, all soldiers with 1-8, 3rd Brigade Combat Team, talk about five fellow soldiers who were killed by an IED blast on Monday, Jan. 28, 2008, in Mosul, Iraq. The soldiers will be remembered during a memorial service at Camp Merez on Tuesday, Feb. 5, 2008.

Sgt. Richard Augafa, back left, SFC Lloyd Lane, front left and Pvt. Robert Greenlaw-Moore, right, all soldiers with 1-8, 3rd Brigade Combat Team, talk about five fellow soldiers who were killed by an IED blast on Monday, Jan. 28, 2008, in Mosul, Iraq. The soldiers will be remembered during a memorial service at Camp Merez on Tuesday, Feb. 5, 2008.

If you live in the Pikes Peak region, one of your close neighbors is serving on active duty or has served in the military.

And this Memorial Day, you owe that neighbor a phone call.

The Pikes Peak region, like nowhere else in America, knows the true meaning of Memorial Day. From the beaches of Normandy to the streets of Kabul, our troops have fought to defend America and, since 9/11, hundreds of them have died in Iraq and Afghanistan.

Standing their ground where comrades fell

Normally, Memorial Day is a time of solace for veterans of those conflicts when they gather to remember what was lost. But, this year, it will be another day of coronavirus-driven isolation for them.

It is up to this community, for just one day, to break through that isolation.

The Department of Veterans Affairs made that point clear in a report released last fall on veteran suicide.

The agency estimates that 17 veterans a day commit suicide.

“Isolation has been shown to be a risk factor for suicide,” the agency said.

And isolation is especially difficult on a day that’s a tough one for many veterans.

While most of America looks to Memorial Day as a holiday that starts the summer, for veterans there’s a deeper meaning about sacrifice and loss. And for those who have been overseas, it’s a holiday that brings with it tough memories.

Space Command staying in Colorado Springs for next several years

I wasn’t a soldier in Iraq, where I went armed with a notebook and pen issued by The Gazette in 2008 to see the war through the experiences of troops in Fort Carson’s 3rd Brigade Combat Team.

But there are days of those months overseas that haunt me still. And it is a trip that changed my Memorial Day forever.

I covered their memorial service at an American base and remember watching tough soldiers cry. I had been covering the war for five years by then, so the tears were nothing new to me.

But those deaths showed me something more.

After their Humvee was engulfed in the explosion, the rest of their convoy was caught in an ambush.

The soldiers from the 1st Battalion of the 8th Infantry Regiment could have run. Any sane person would have: They were outnumbered and surrounded, and the insurgents held the high ground.

Instead, more than two dozen troops faced danger with one goal in mind: They wanted to recover the bodies of their brothers so their families at home would have something to bury.

They fought for three hours before help arrived and drove the enemy away.

“Right before you go to bed is the hardest,” one of the soldiers told me. “That’s when your mind is at ease and you start seeing the pictures of what happened that day.”

It’s when you’re alone that the demons can come and visit.

But you can help.

If you know a veteran or a member of the armed forces, give them a call Monday.

It doesn’t have to be a hard conversation. It doesn’t need to be about suicide and death or post-traumatic stress. Talk about beer, the weather, or how the Colorado Rockies are still in the playoff hunt.

There’s only one question that’s mandatory: “How are you?”

So use your phone and honor the sacrifice of our nation’s fallen. You just might save a life.

As U.S. Space Command settled in to its provisional home in Colorado Springs last week by issuing the first operational orders to prevent cala…