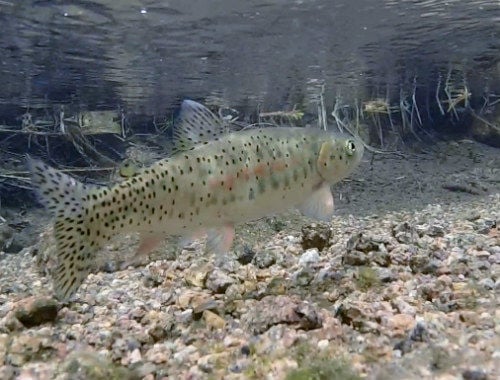 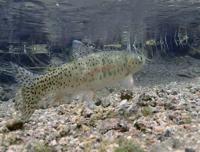 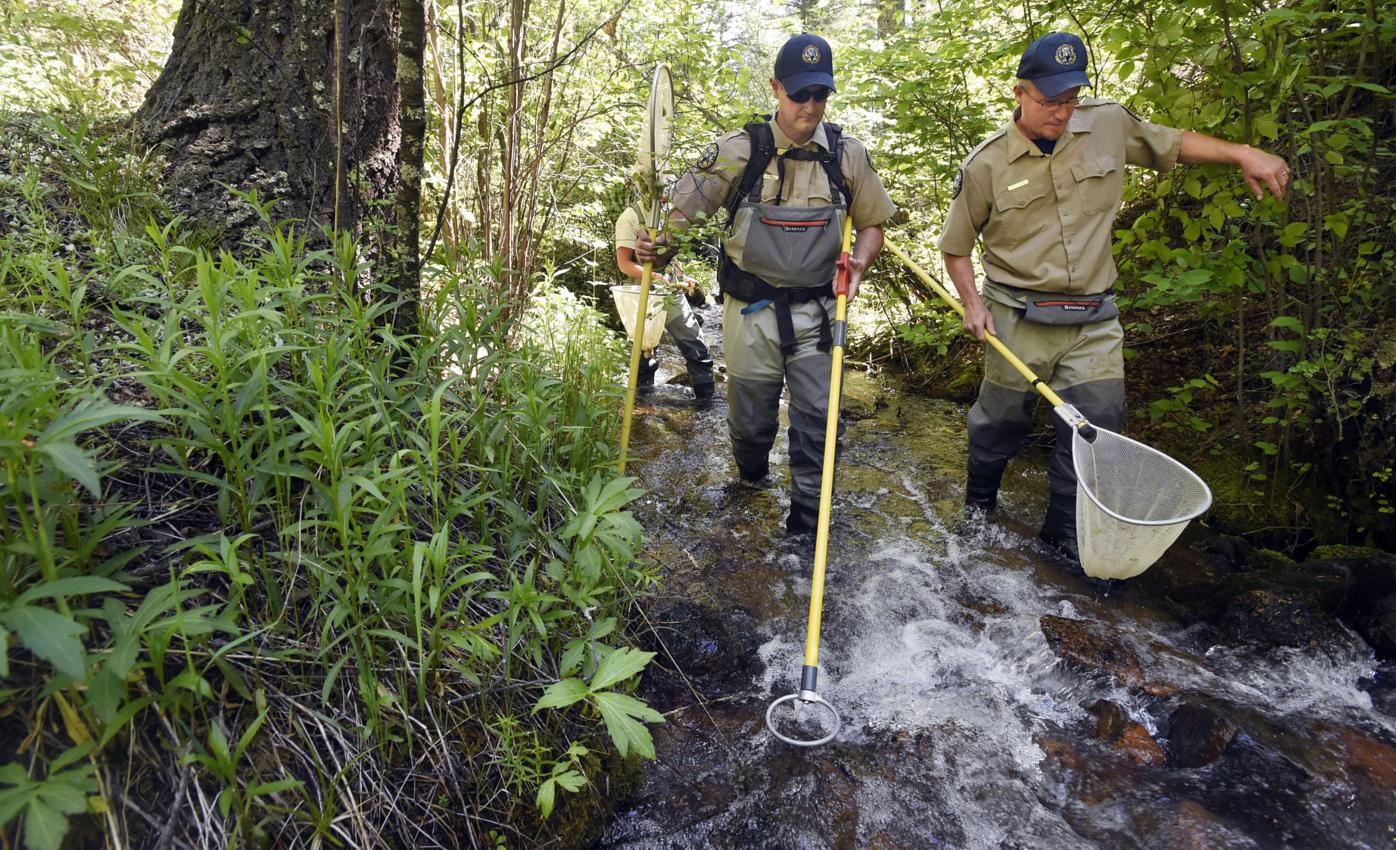 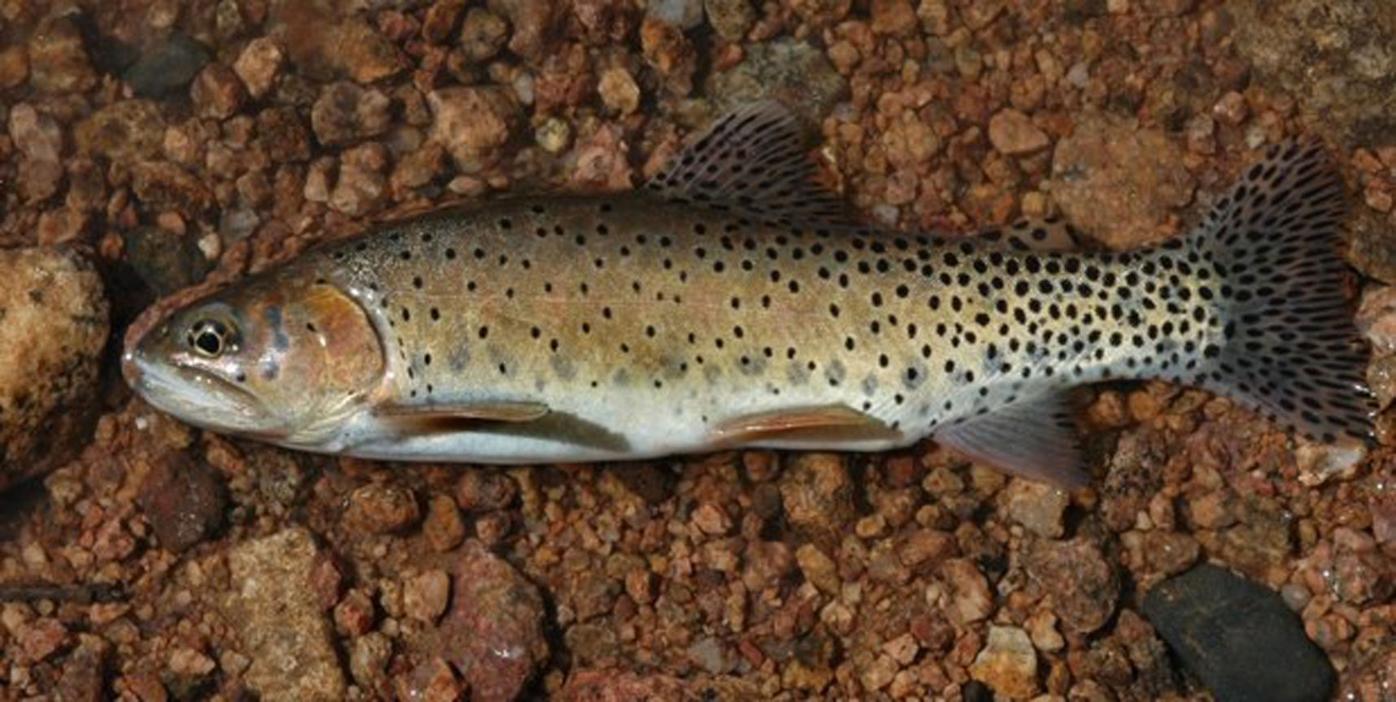 The issue of conservation and recreation in Colorado Springs' Bear Creek watershed has once again come to a head, with a recent report noting a "troubling decline" of greenback cutthroat trout swimming in the waters around the popular Jones Park and surrounding mountains southwest of the city.

The latest findings from Colorado Parks and Wildlife suggest an 80% reduction in adult members of the species the federal government lists as threatened.

The numbers are compared over three years, the time period for which researchers have regularly surveyed the habitat. Along the 3 1/2-mile stretch of Bear Creek, they've electroshocked four or five sections, drawing out the fish, counting them and using a formula to project the stream's total population, explained Josh Nehring, senior aquatic biologist for CPW's southeast region.

A drop of 80% over such a time period is "definitely concerning," he said. CPW has launched what it's calling an "intensive review."

"Sediment (build-up), water temperature, water flow, forage base, disease — there's a lot of different factors," Nehring said. "And from what we've been able to investigate pretty throughly so far, we really haven't come up with a smoking gun."

His agency is also considering the possibility of "some unnatural human-caused event." With its public notice of the decline, CPW reminded that the take or killing of the fish is punishable under the Endangered Species Act.

Recreation has been at the center of highly-debated stream preservation efforts in recent years. In 2012, with confirmation of the only known reproductive strain of greenbacks in Bear Creek, the U.S. Forest Service's first major move was barring motorcycles from the watershed. The move was an attempt to prevent soil and rock from building up in the stream as it's kicked down from wheels and feet above.

Then talks began to close and reroute trails, including the much beloved Trail 667, otherwise known as Cap'n Jacks. The trail was finished in 2017, at the end of a controversial decision that saw mountain bikers — the most outspoken fans of the former Cap'n Jacks — lambast the new alignment. As did environmentalists, Allyn Kratz among them. The president of the local chapter of Trout Unlimited noted erosive, potentially creek-damaging "ravines" along the new trail.

Kratz is worried by CPW data showing a relatively flat three-year trend for stream flows; it takes high flows to "flush out" sediment. It's a concern of CPW as well, although Nehring described build-up as a "mild increase" and "not the sole reason" for the fish's decline. He deferred other sediment questions to the Forest Service, which did not respond to an interview request.

Strong precipitation breaking the dry spell would help, but "we can prevent more sediment from entering the stream," Kratz said. "Sediment entering the stream is a natural process, but we know human activity increases that process. That's why we moved trails away from the stream, but unfortunately, in my opinion, the construction of (Trail 667) was not satisfactory."

El Paso County, which inherited land responsibility from the Forest Service, has invested in maintenance on the trail since 2017 and plans to continue to do so.

The trout decline is "disappointing," said Brian Bobeck, the county official tasked with the recent creation of a master plan for Jones Park.

"Everyone's put a lot of work into this, so you'd hope the numbers would increase," he said.

"Of course now I'm worried the conclusion they might come to is, we don't know what's going on, but we're going to eliminate all recreation access in the meantime, because we just don't know," Sutela said.

He is seeking a data-driven discussion with experts and interested parties, as is Jim Bensberg, representing Colorado Motorcycle Trail Riders Association. While motorcycles have since returned to Trail 667 and other parts of Jones Park, the 2012 ban led to continued closures elsewhere, including along the once-popular stretch of High Drive bordering Bear Creek. Without enthusiasts roaming their previous terrain, the fish's decline "certainly couldn't be because of motorized use," Bensberg said.

No immediate recreation changes would be coming to Jones Park, Bobeck said. But he hinted at the park's master plan, initially set for approval in March or April, being delayed.

"There's going to be a lot of focus obviously on this recent news and what can be done to better mitigate or correct things," he said.

Holding the conservation easement over Jones Park, Palmer Land Conservancy also holds legal power over proposals made in that master plan related to public access. The easement is committed "both to the habitat and recreation," said Rebecca Jewett, president and CEO of the conservancy.

"We're paying close attention to finding that balance," she said.