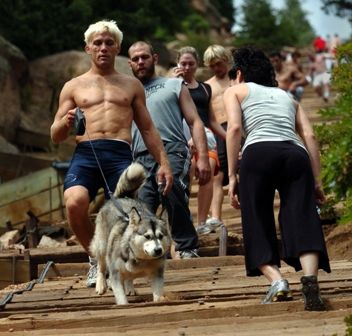 The Manitou Incline usually sees a steady stream of users, especially between May and October. 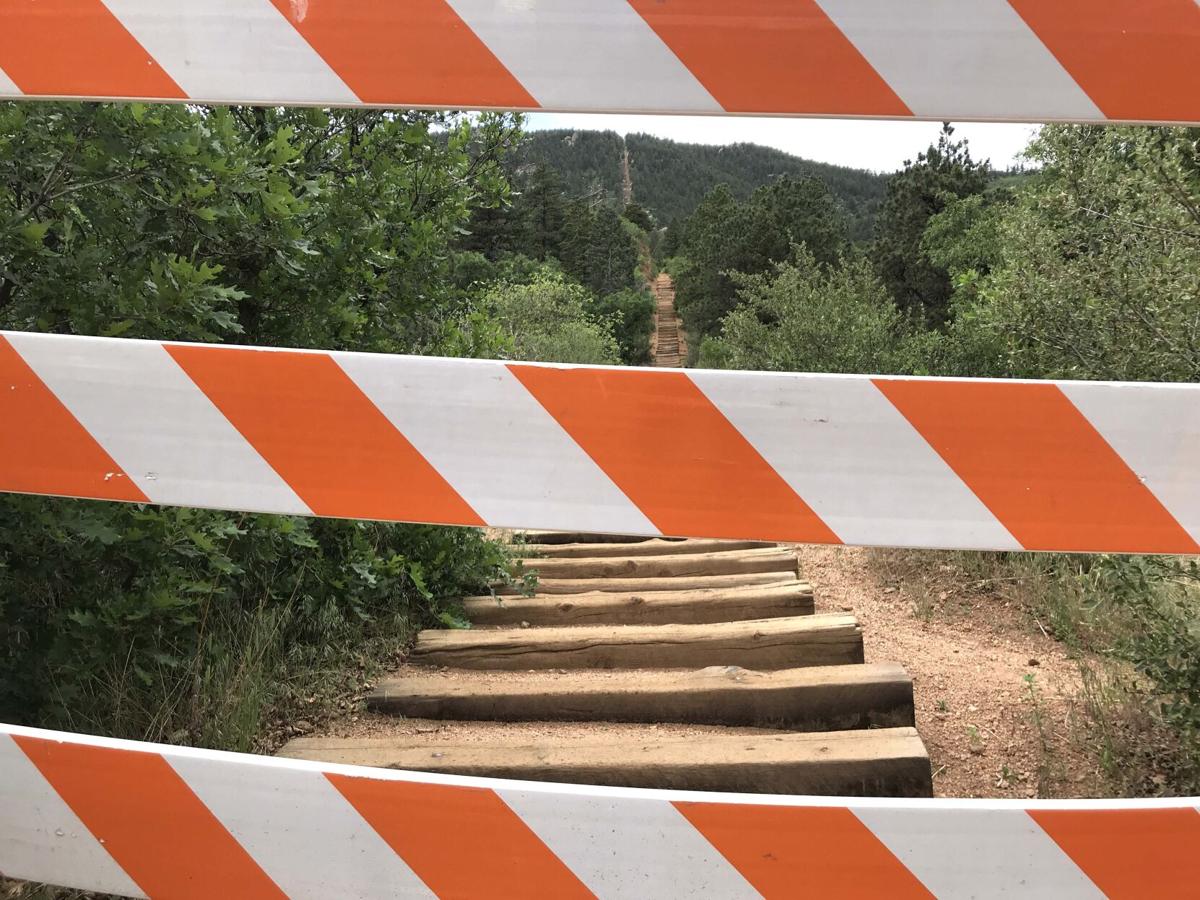 A barrier has stood at the base of the Manitou Incline since March 17, when the Manitou City Council ordered an emergency closure of the popular attraction during the coronavirus pandemic.

The Manitou Incline usually sees a steady stream of users, especially between May and October.

A barrier has stood at the base of the Manitou Incline since March 17, when the Manitou City Council ordered an emergency closure of the popular attraction during the coronavirus pandemic.

A quiet summer evening on the Ruxton Corridor in Manitou Springs. A gentle breeze. Hummingbirds flutter happily while drinking from feeders. Friends sip glasses of bitter, distinctive water from Twin Spring. The rushing waters of Ruxton Creek deliver the dominant sound. This is a slice of the Pikes Peak Region at its most beautiful.

Oh, and no one on this night is taking the tortuous, joyous journey to the top of the highly popular and highly controversial Manitou Incline. For residents of the Ruxton Corridor, home to the Incline and the Pikes Peak Cog Railway, this is the June of tranquility and wonder. The Railway is being repaired, and the COVID-19 crisis has closed the Incline.

“We’re completely breathing a sigh,” says Tom Bryant, who lives on Fairview Avenue. He’s an expert on the Incline.

“I can see almost the entire thing from my house,” he says.

On June weekend days in recent years, Bryant has watched wave after wave of climbers attempt to conquer the Incline’s 2,744 steps as they ascend 2,000 feet — at an average 45% grade — in slightly less than a mile.

Two decades ago, the Incline was a secret, even to most residents of Colorado Springs and Manitou Springs. Those days are gone. The Incline, against all odds, became an authentic tourist attraction. More than 300,000 visitors scale — or start to scale — the Incline each year.

“From the very bottom to the very top, there are people on every stair,” Bryant says of typical June weekends. “And it lasts throughout the whole day. I see people up there at 4:30 in the morning, and I see people climbing it with headlamps on. They are still up there at midnight. It’s never ending.”

Until now. The coronavirus was the only force that could slow the Incline craze.

But during the shutdown, the controversy surrounding a troubled jewel has accelerated.

The Manitou City Council is considering a reservation and fee system that would tame the tidal wave of climbers. This plan inspires outrage with many local Incline devotees, but this plan tends to inspire applause on the Ruxton Corridor.

Bryant purchased his home 17 years ago, before mass Incline happiness and madness began. He enjoys the view of Ruxton Canyon from his home and the wide variety of birds. He’s not such a fan of the Incline crowds.

On big days on the Incline, Bryant can hear climbers from first light of morning until he goes to bed. He hears conversations. He hears disagreements. He hears climbers shouting and cheering encouragement.

He wants the Incline to remain open. He also wants fewer climbers arriving in the Ruxton Corridor.

“The reservation system will sort of limit the numbers and make it less of an impact up there,” he says. “It will be more enjoyable for everybody if they did that.”

I already can hear a few Incline fanatics shouting in disagreement. But, please, let’s hear Bryant out.

“It’s become so crowded,” he says. “You can’t experience it in a very pleasant way when you’re shoulder to shoulder, face to butt while literally walking four across a stair all the way to the top on a busy day.

“I can’t believe how many people want to do it. There are so many other wonderful places to hike. It is what it is. It’s a phenomenon, a social media thing.”

“But I can’t imagine it being pleasant. It’s just kind of a mess.”

A contentious discussion/argument only adds to the mess. Many Manitou residents feel bullied by the leaders of Colorado Springs, the sprawling metropolis to the east. And many of those who cherish the Incline dislike the idea of intrusive restrictions. A massive gulf separates those who want restriction/change and those who want the Incline — and those rowdy weekend crowds — to remain the same.

It won't be easy to bring peace to Ruxton Canyon.

The cities of Manitou Springs and Colorado Springs appear to be no closer to an agreement over the equally beloved and despised Manitou Incline, which local leaders closed under an emergency declaration March 17. If anything after a meeting Thursday, the cities bound by a nearly 10-year-old intergovernmental agreement are more apart than ever.