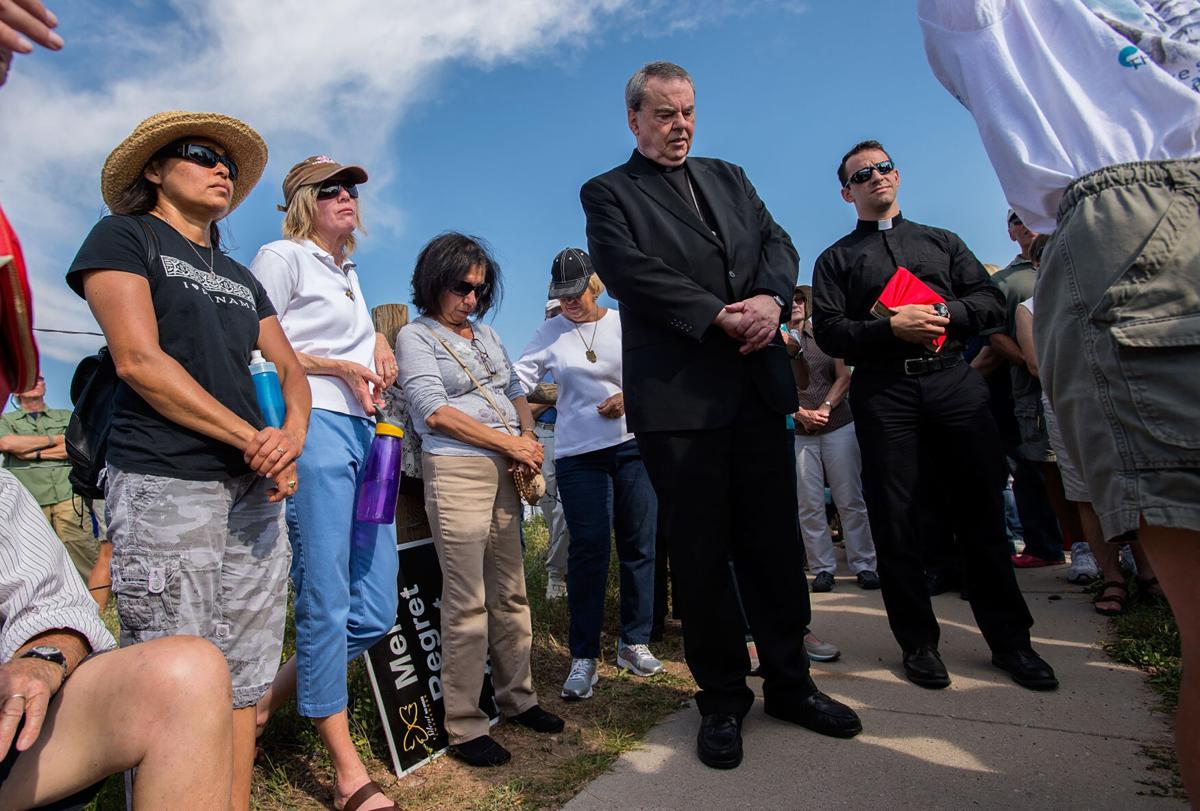 Bishop Michael John Sheridan stands among more than 300 anti-abortion protesters in 2015 outside the Planned Parenthood on Centennial Boulevard in Colorado Springs as part of the National Pro-Life Vigil to defund Planned Parenthood. 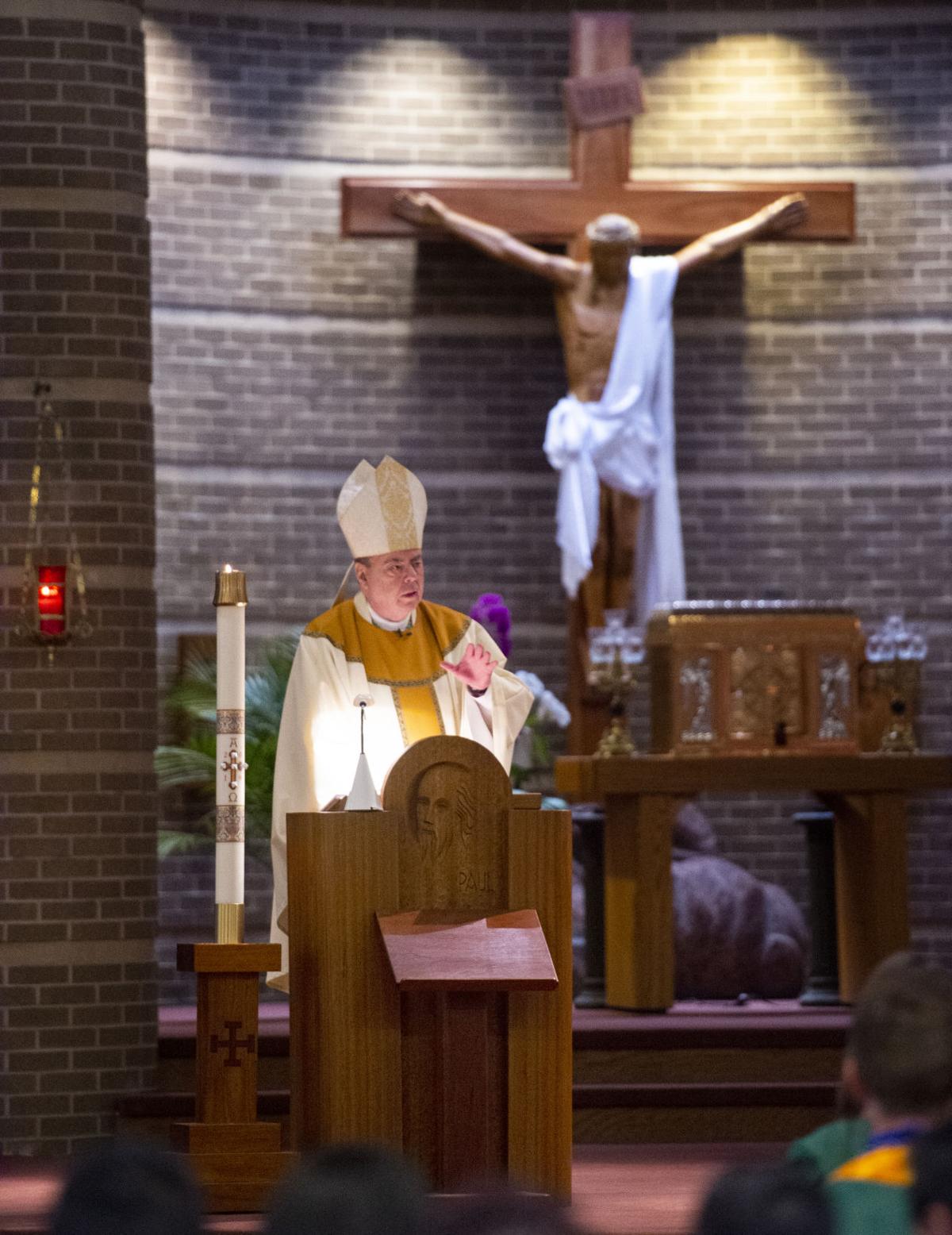 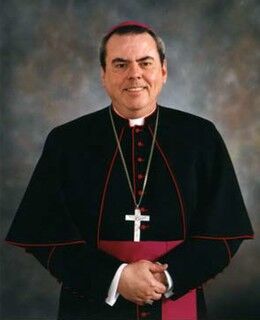 Bishop Michael John Sheridan stands among more than 300 anti-abortion protesters in 2015 outside the Planned Parenthood on Centennial Boulevard in Colorado Springs as part of the National Pro-Life Vigil to defund Planned Parenthood.

The phone call from one of the big guys could come next week or next year.

On his 75th birthday this past March, the leader of the Catholic Diocese of Colorado Springs for nearly 18 years submitted his letter of resignation to Pope Francis. The mandatory retirement age for Catholic bishops is 75.

Eight months later, Sheridan is still waiting to hear who will replace him in shepherding 180,000 Catholics in the Colorado Springs Diocese, one of three in Colorado. And when he can add the word emeritus to his title.

“You’re informed of the acceptance of your resignation once your successor has been identified,” he said. “They do not report anything to me, as to how things are progressing.”

Even without the constraints and delays that the COVID-19 pandemic has caused worldwide, eight months is “not necessarily a long time” for the Holy See to decide on a new bishop, Sheridan said. It could take a year or more, he speculates.

So it's "business as much as can be usual" under pandemic restrictions, he said. Church attendance is still limited in capacity, and the opening of a new Catholic student center being built near the University of Colorado at Colorado Springs has been delayed from this semester to January or February, Sheridan said.

"The new bishop is going to be moving into a wonderful diocese that has no great problems to confront, just regular, everyday issues," he said.

Facing retirement, Colorado Spring bishop heading to audience with the 'boss' in Rome

For the process, which began in 1871, church hierarchy regularly submit up the chain of command names of men who they think might be good candidates for promotion or assignment as a new bishop.

Identities of the referred candidates and what’s said about them are kept confidential, said Sheridan, who is among those who have offered recommendations.

The Apostolic Nuncio to the United States, or ambassador of the Holy See in Washington, D.C., collects the names and asks for “an assessment,” of the candidates, Sheridan said.

Which men might be a good fit for the qualities that might be needed to run a particular diocese is part of the discussion, said Bishop Emeritus Richard Hanifen, who in 1983 was appointed bishop of the newly formed Diocese of Colorado Springs. He retired in 2003.

The nuncio sends three candidates to the pope, in order of preference, of who he thinks should be the next bishop of a given diocese, Sheridan said. It could be a priest who would need to be ordained as a bishop or an existing bishop.

Sheridan said since the pope doesn’t personally know all the candidates, he usually relies on the suggestion of the nuncio.

The position remains a “great honor and responsibility,” Hanifen said.

Pope Francis, in his vision for bishops, says he wants them to be aware of the poor and responsive to their needs, and to have compassion for anyone dealing with difficult life issues, Hanifen said.

“He sees a diocese and the parish as a ‘MASH unit’ for the wounded in spirit and psyche,” Hanifen said. “He wishes for bishops to be amid their people and not somewhere apart or above them. He says they should ‘smell like the sheep’ and not be afraid of entering their lives right where they are.”

The pope also wants bishops who have “a special tenderness for young people struggling in a culture that does not appreciate the discipline and sacrifice required to serve God in their lives,” Hanifen said.

One quality Laurel Smith, a Catholic from Colorado Springs, wants to see in a new bishop is “someone who loves the faith and has a pastor’s heart, but a traditional bent (of mind).”

Sheridan will be missed, said Dr. Leopoldo Rodriquez, another Catholic in Colorado Springs.

Sheridan was a member of the St. Louis, Mo., parish where Rodriquez and his wife were married 63 years ago.

“It’ll be pretty sad to see him retire,” Rodriguez said. “He’s done a great job, and I hope he has a blessed retirement.”

Sheridan said he was “caught by great surprise” when he was told by the nuncio the Holy Father had selected him to become a bishop.

“The expectation is obedience and with faith in God, I said, ‘Yes.’”

Hanifen recalls what his boss, Denver Archbishop James Casey, told him when he learned 37 years ago that he was going to be named a bishop.

“He said, ‘This is a challenging life, but you will feel more blessed than you can dream,’” Hanifen said. “I will always be able to say ‘amen’ to that.”

Colorado Springs pastors talk about how their sermons come together.