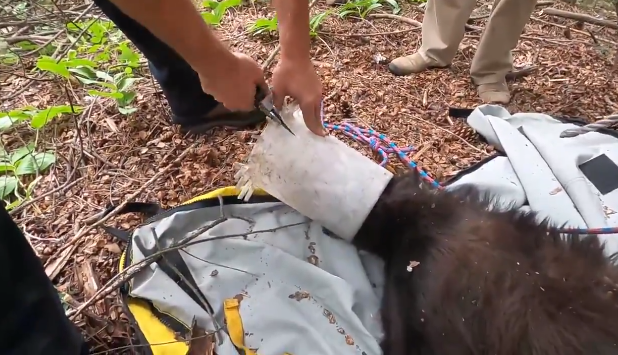 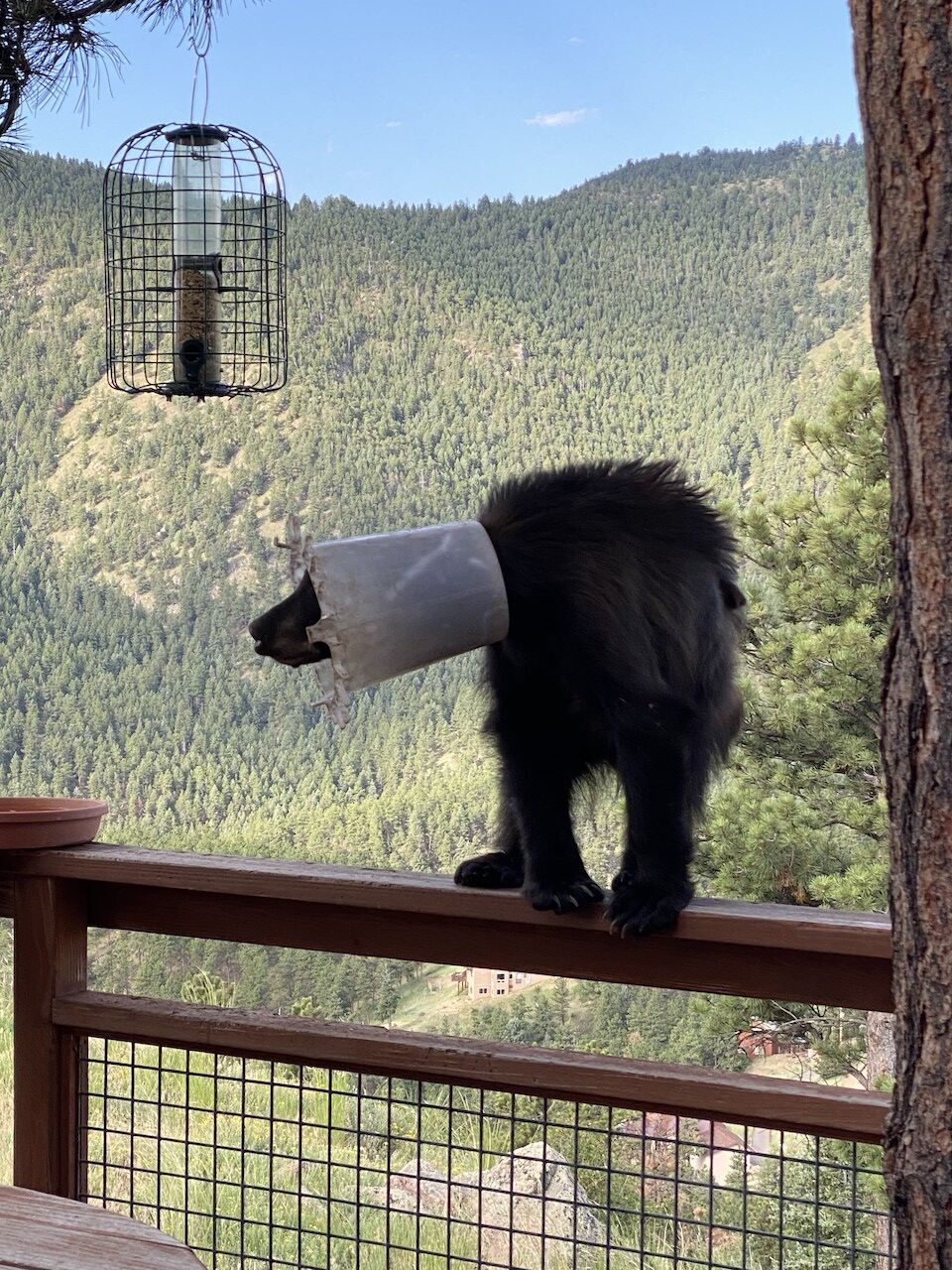 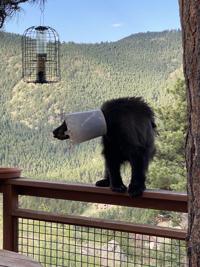 A bear with a chicken feeder around its head and neck is roaming around Boulder County.

A bear with a chicken feeder around its head and neck is roaming around Boulder County.

The ordeal of a bear seen wandering Boulder County with a chicken feeder bucket stuck on its head is finally over.

Colorado Parks and Wildlife officers announced Wednesday that the feeder was successfully removed Tuesday with help from a group of construction workers in Boulder County.

Wildlife officers received two reported sightings of the bear with a bucket on its head along Four Mile Canyon Road, about a quarter mile west of Salina, said Jason Clay, a spokesman for the state wildlife department.

Later in the day, wildlife officers received another reported sighting of the bear, but this time, it was from a group of construction workers who said the bear had climbed up a tree near where they were building a house.

“The workers helped keep the bear up in the tree, which is a very important aspect of this entire story,” Clay said.

When wildlife officers arrived, they fired a tranquilizer dart but the bear continued to climb higher in the tree. With some quick thinking, the officers were able to get the bear down from the tree safely.

“One of the officers put the ladder on the tree and climbed up higher to put a harness on the bear, so we could lower it down safely,” Clay said.

Minutes later, the year-old female bear’s neck and head were free. Wildlife officers said she was considered in good shape.

There were no sores or open wounds, but the bear was a little thin, Clay said. That shouldn’t cause any issues in the future.

“We’re still getting into summer, so bears still have a lot of time to pack on the calories as we progress through July, August and September,” Clay said.