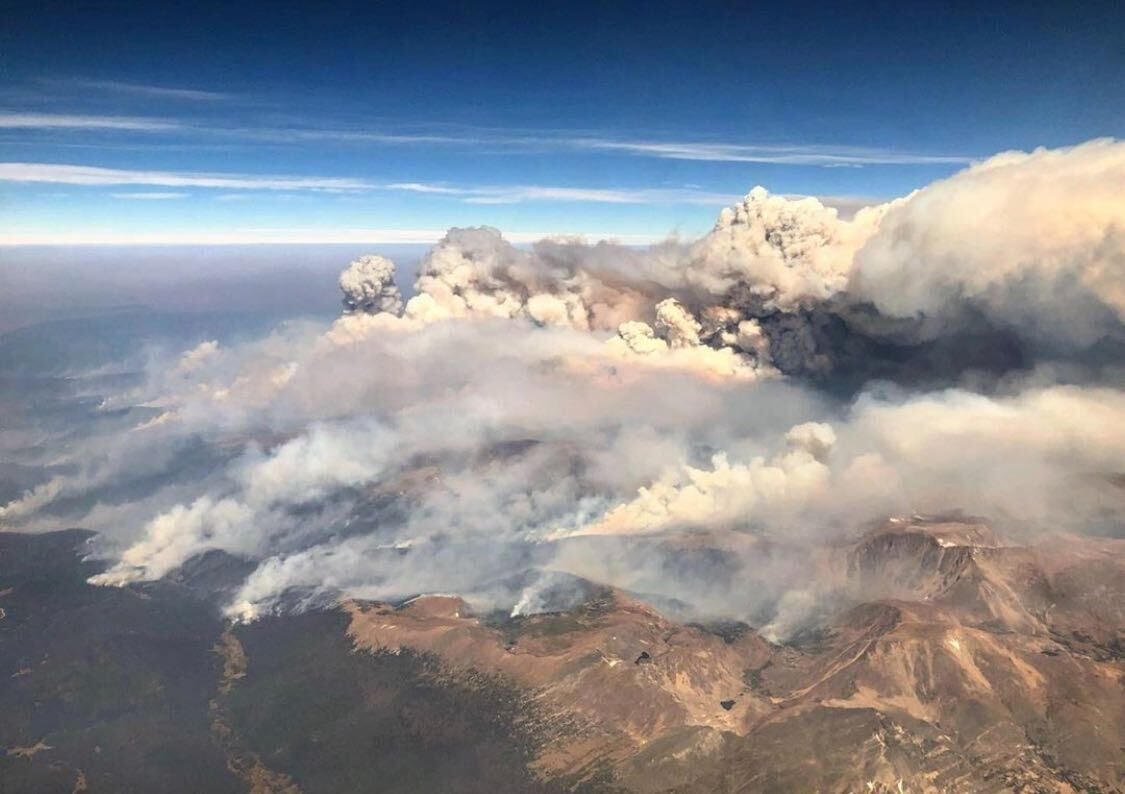 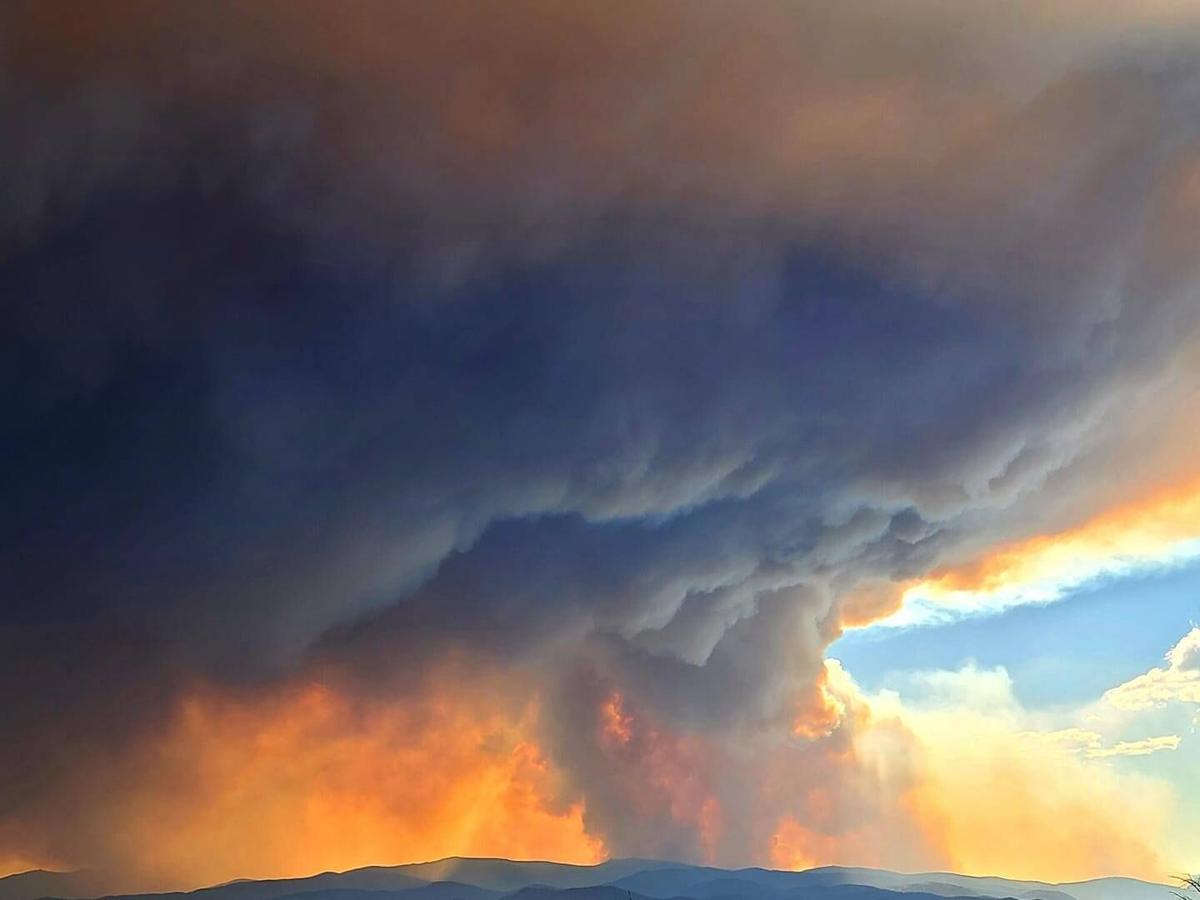 Officials are still investigating the cause of the Cameron Peak fire, which has destroyed about 54 structures, including 25 homes.

The blaze, now the fourth-largest recorded in state history, has ripped through 102,596 acres in the Arapaho and Roosevelt National Forest of north-central Colorado. More than 1,000 firefighters battling flames from the both the ground and air, but the fire remains just 4% contained.

Located west of Fort Collins, the fire ignited on Aug. 13 and has been producing a large amount of smoke on and off since then. It is located about 25 miles east of Walden and 15 miles southwest of Redfeather Lakes.

Helicopter operations are continuing to focus on two main hot spots including the "Thumb" and Rocky Mountain National Park.

A high-pressure system is forecast to remain in place throughout the week bringing warm temperatures in the 70s, low humidity and winds gusting up to 25 mph.

Evacuations remain in place, including those south of County Road 86 from County Road 103 east to County Road 73C and south to Highway 14. For a full list of evacuations and road closures, please visit nocoalert.org.

In addition to the statewide ban, several other restrictions remain in place. The Canyon Lakes Ranger District is under Stage 2 fire restrictions, with Larimer County issuing a fire ban through Sept. 18.

Rocky Mountain National Park has also implemented a complete fire ban and an area closure that has impacted trails, cross country zones and wilderness campsites in the northern part of the park. For information, visit nps.gov/romo/learn/fire-information-and-regulations.htm.

A temporary flight restriction is in place to deter people from flying personal drones over the area. Fire officials said “If you fly, we can't. Whenever a drone is spotted near the fire all aircraft are grounded until we can be sure the drone is clear of the area."

The Cameron Peak fire is just one of four wildfires currently raging throughout the state of Colorado. Smoke and ash billowing from the wildfires in-state and on the West Coast are expected to coat the skies of Colorado from Tuesday to Wednesday.