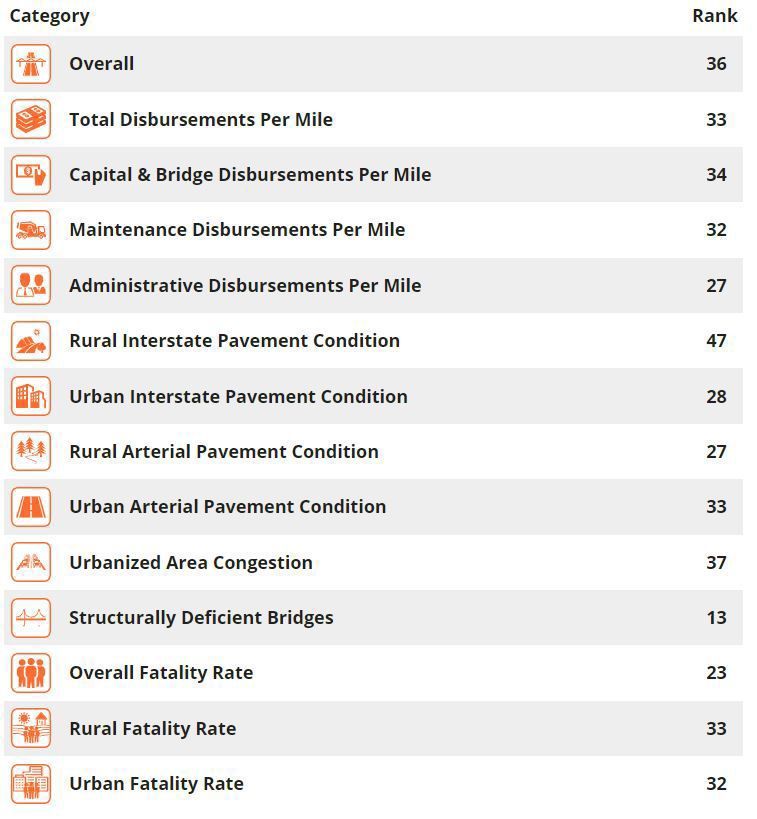 Photo courtesy of the Reason Foundation 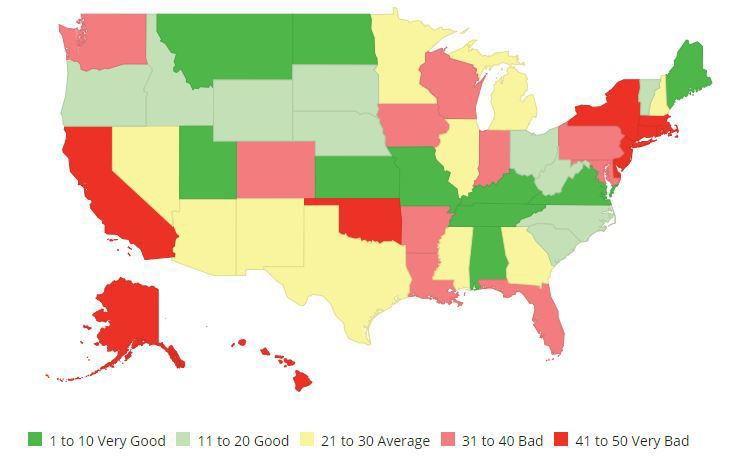 Photo courtesy of the Reason Foundation

Colorado highways have been deemed "bad," according to a recent report.

The report judges states based on 13 factors, including pavement conditions, fatality rates and congestion.

Overall, the report found that highway conditions are deteriorating nationwide, especially when it comes to deficient bridges, interstate pavement and traffic congestion.

There were also more traffic fatalities found in 2016 than any year since 2007.

“The overall condition of the highway system has worsened in recent years,” says Baruch Feigenbaum, lead author of the report. “This year we see some improvement on structurally deficient bridges, but pavement conditions on rural and urban highways are declining, the rise in traffic fatalities is worrying, and we aren’t making needed progress on traffic congestion in our major cities.”

Americans are spending an average of 35 hours a year stuck in traffic, according to the report. Drivers in New Jersey, New York, California, Georgia and Massachusetts suffer the worst traffic delays.

States spent slightly less on their roads in 2016, about $139 billion compared to $145 billion in 2015, but Feigenbaum says that can't necessarily be faulted for the worsening conditions.

“Some may point to the slight decrease in overall state highway spending in 2016 as a cause of the lack of improvement in key highway metrics, but 21 states made overall progress in 2016," he said.

“Towards the bottom of the rankings, you have highly populated states, like last-place New Jersey, along with Massachusetts, New York, and California to a lesser extent, that are spending a lot but often failing to keep up with traffic congestion and road maintenance."

For Colorado to improve its ranking, the state needs to spend more on pavement repair.

Adding a high-speed transit system along Interstate-70 to the mountains would increase safety, save residents money and bring in tourist revenue, a new study contends.

The standards would mandate an increase in statewide sales of electric vehicles by 2023.

Bustang route from Denver to Estes Park to begin this month

The Bustang will begin taking Denver passengers to Estes Park later this month, encouraging them to stop at nearby Rocky Mountain National Park, a free trolley ride away.

Broomfield is pausing the Jefferson Parkway project after elevated levels of plutonium were found in a soil sample.

Ask anyone who drove past the Colorado border this summer — north, south, east or west — and they will tell of the embarrassing contrast in ro…