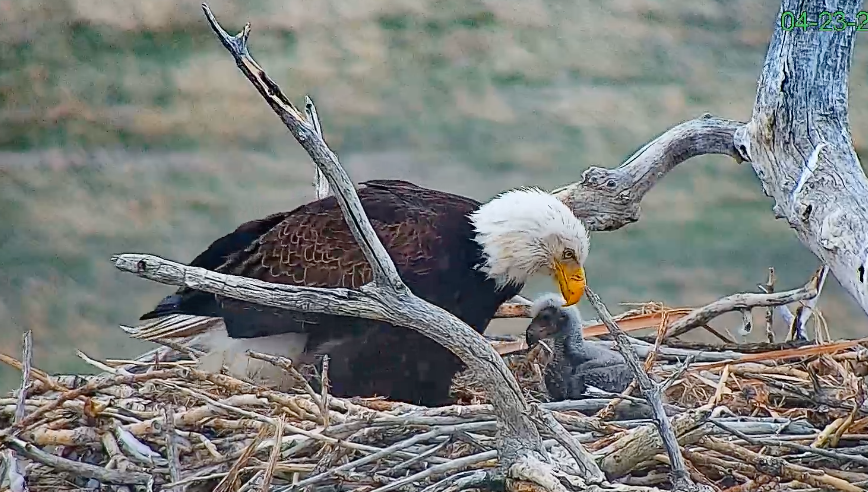 Screen capture from the Standley Lake Eagle Cam hosted by the City of Westminster. 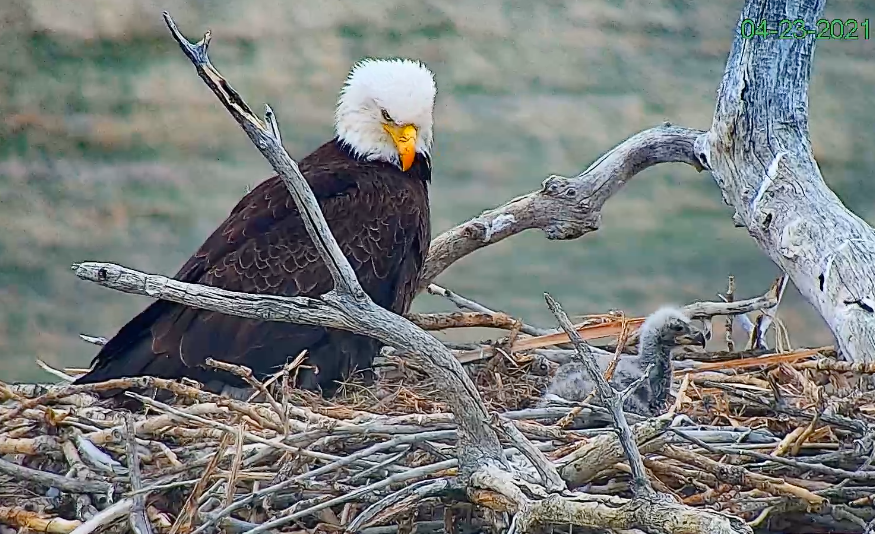 Screen capture from the Standley Lake Eagle Cam hosted by the City of Westminster.

There's a 24-7 livestream of a bald eagle nest at Colorado's Standley Lake Regional Park in Westminster and those tuning in can witness the early days of a young eaglet's life.

After hatching near the beginning of April, the eaglet can be described as a growing ball of grey fluff. Activities that may be spotted on the camera include feeding, nest work, and stretching.

Eagle Cam operators don't interfere or intervene with happenings in the next, opting to allow nature to take its course.

Bald Eagles have been nesting on the northwest side of Standley Lake Regional Park since January of 1993, producing their first offspring in 1996. Two eaglets have hatched at the park in most of the following years with the exception of two years when three eaglets hatched. This year, two eggs were laid, but only one was viable.

It typically takes at least ten weeks before an eaglet is able to fly. At that point, they'll likely stay in the nest, honing their skills for a few more weeks before moving on to start a life of their own.

Tune in to the Eagle Cam here.