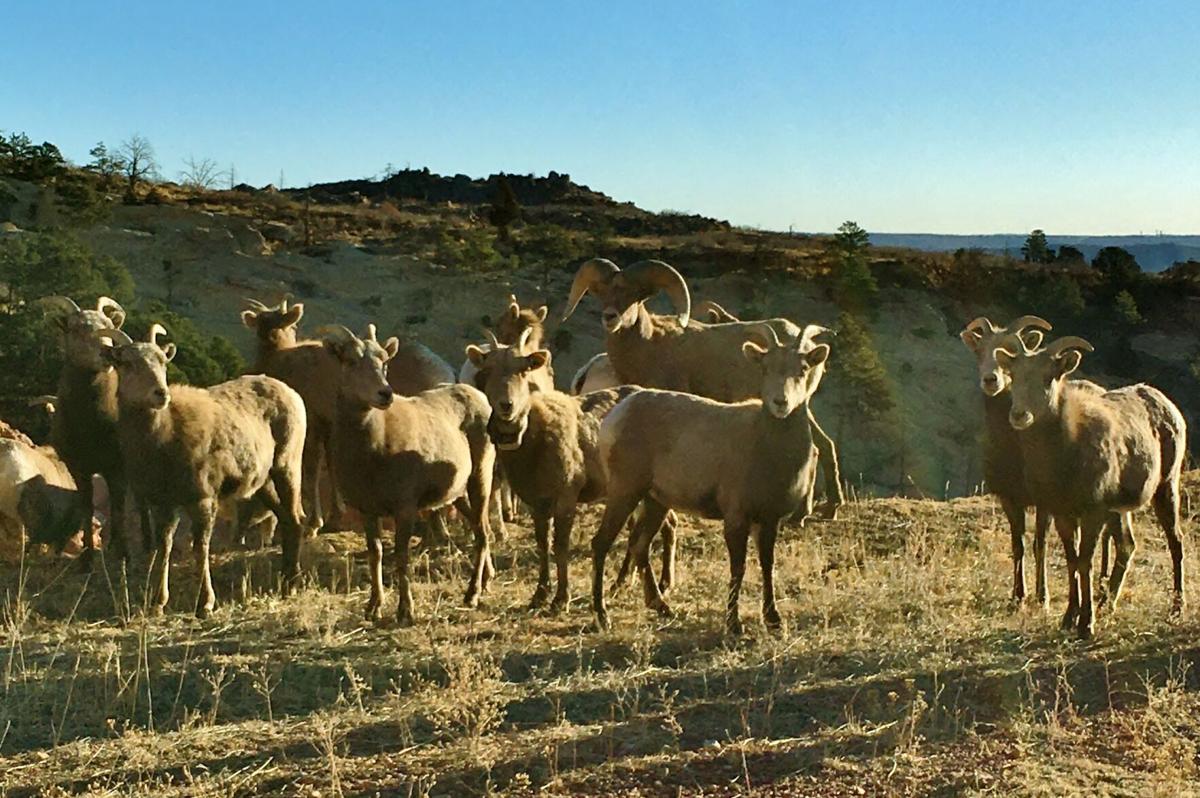 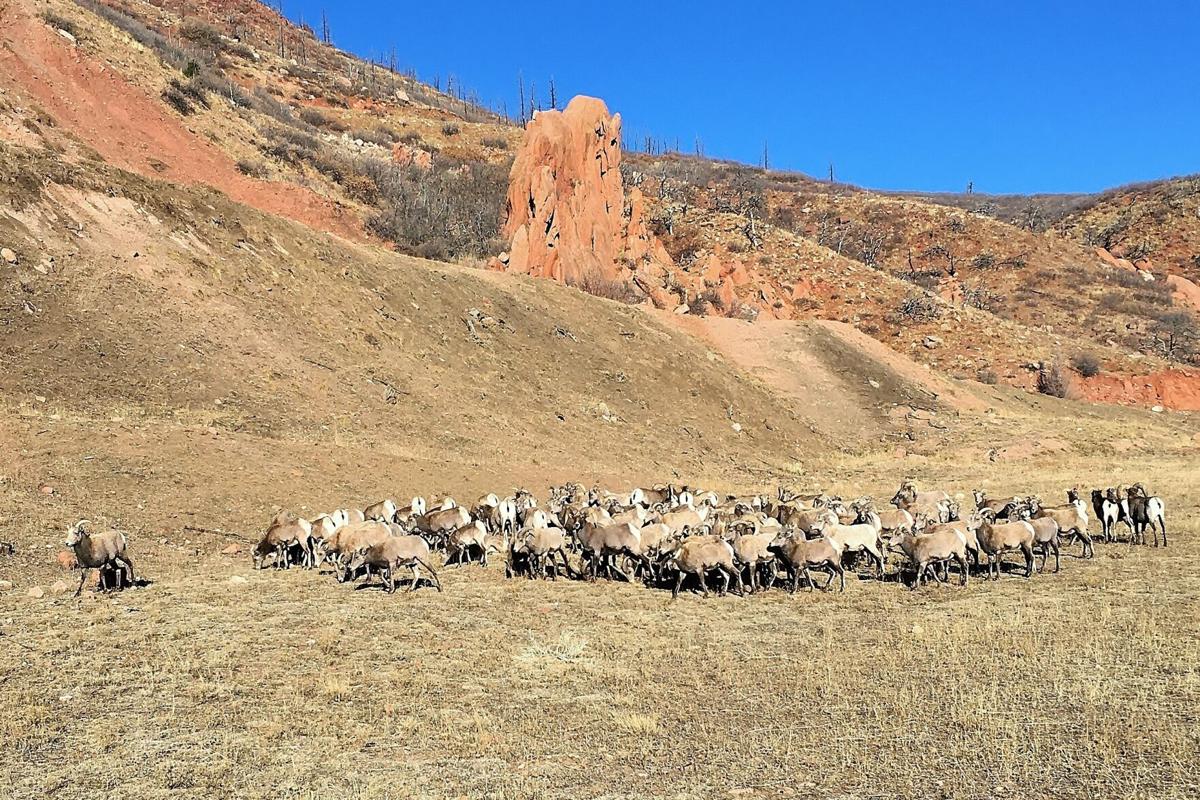 Colorado Parks and Wildlife officials are working to capture a portion of a herd of bighorn sheep in Colorado Springs and relocate them to Teller County.

This herd, called the Rampart herd, originated from Tarryall Reservoir in South Park. The herd has been part of reestablishing Colorado's sheep population since the agency's management project began in 1944.

Now in 2021, Colorado Parks and Wildlife staff and volunteers are working to move 20 bighorn sheep to continue the management project.

Since Jan. 15, the agency has spread apple mush and hay every day in areas of Garden of the Gods to lure the sheep in. On Jan. 18, a biologist with the agency counted 114 sheep in the park.

Here's a video by Colorado Parks and Wildlife of staff laying apple mush and hay in the fields for the sheep in January.

Hop in with @COParksWildlife officers as they drive up and bait the Rampart bighorn sheep herd with apple mash in preparation for capturing and relocating about 20 sheep. There was 8 inches of fresh snow to plow through on the way up to the site west of #ColoradoSprings. pic.twitter.com/DWMXvt1Ij5

Almost time for @COParksWildlife to catch and move 20 bighorn sheep from the Rampart herd in #ColoradoSprings to Beaver Creek canyon south of Victor in Teller County. This is a major project that involves baiting the sheep daily for a month prior to the capture date. (1 of 6) pic.twitter.com/zW1a5JjKFr

Quiet day at the bighorn bait site in #ColoradoSprings where @COParksWildlife soon will capture about 20 sheep and move them to Beaver Creek canyon south of Victor to rebuild a herd that collapsed due to disease. The herd was scattered on the hillsides of an old quarry. (1 of 4) pic.twitter.com/vKigBGevKU

The sheep will "soon" be captured by an overhead net, loaded into a transport vehicle, and relocated in an area south of Victor called Beaver Creek canyon.

The Rampart herd was "accidentally" brought to the Pikes Peak region in 1946 when a truck that was transporting them broke down near Garden of the Gods. The sheep escaped into the park and have thrived there since. This herd was originally being transported to Pikes Peak as a conservation effort following unregulated hunting and widespread disease that nearly wiped out Colorado's population of the sheep, the wildlife agency said.

By 1885, Colorado Parks and Wildlife estimate the state's population of sheep was just a few hundred. The agency currently estimates the bighorn sheep population in Colorado is about 7,000.

Leslie is a Digital Producer. When she's not behind a computer, she's outside hiking or paddle boarding. Leslie joined the Gazette in 2018.