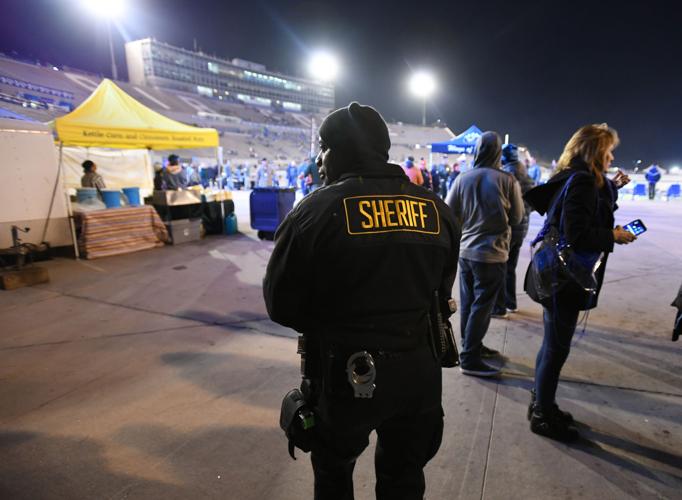 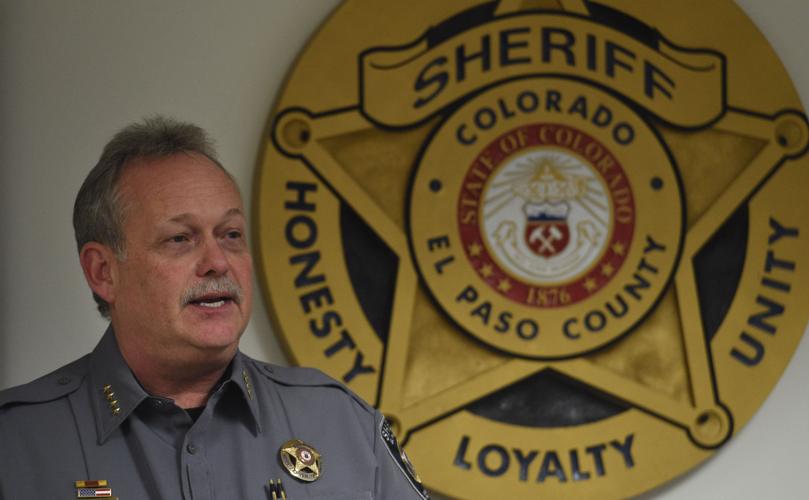 El Paso County has a new sheriff in town. Sheriff Bill Elder was sworn into office at Centennial Hall on Wednesday, December 31, 2014. New Years Day will be his first day on the job and he said he will spend much of the day talking with his staff. (The Gazette/Jerilee Bennett) 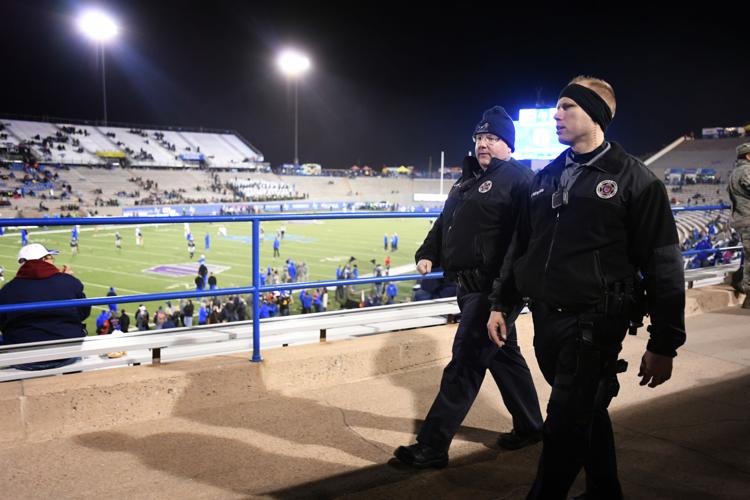 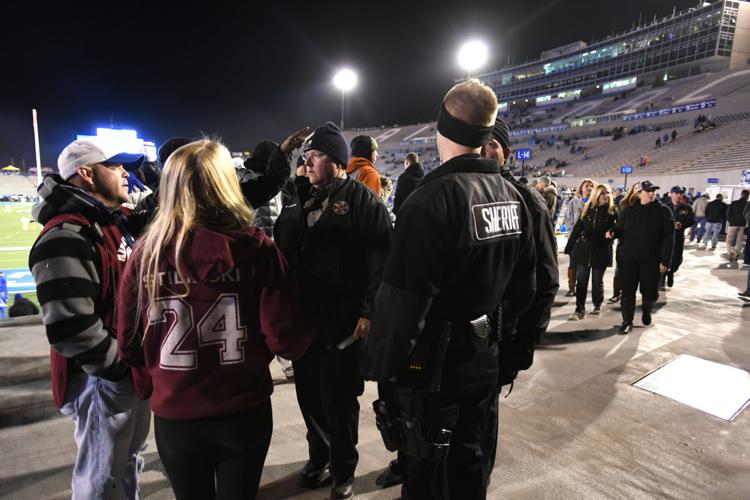 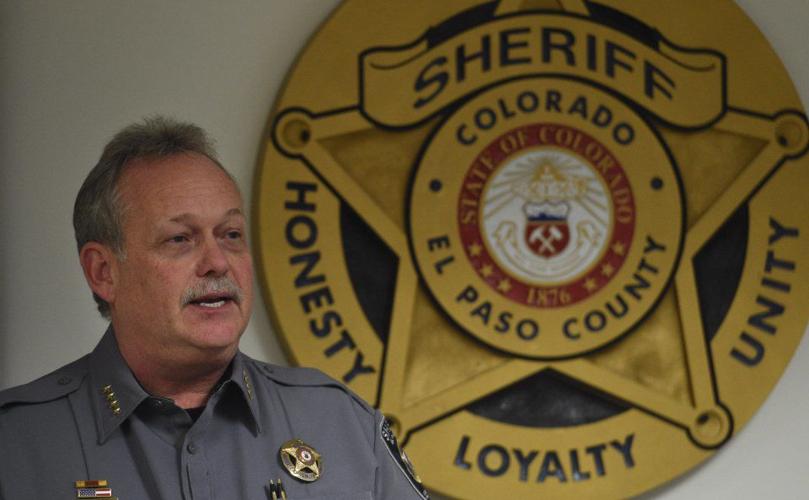 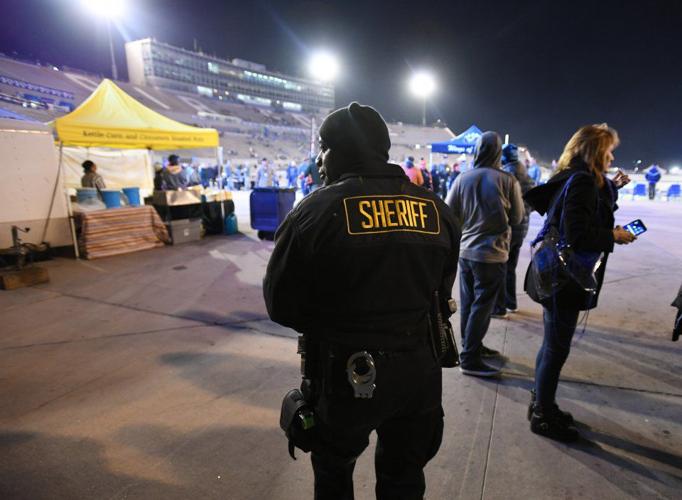 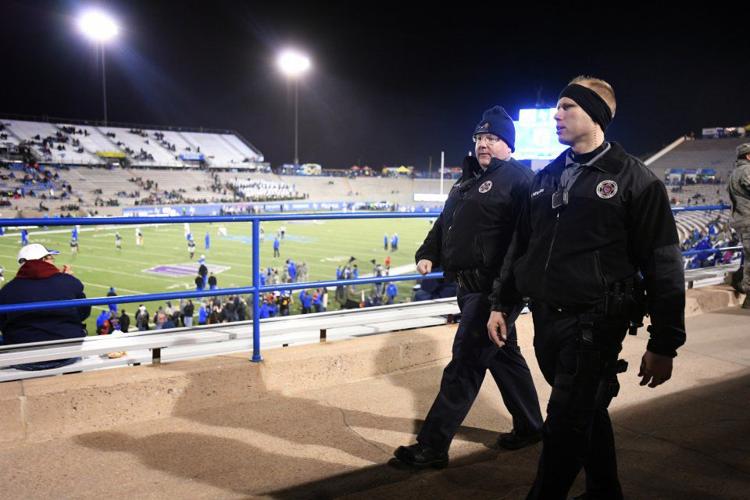 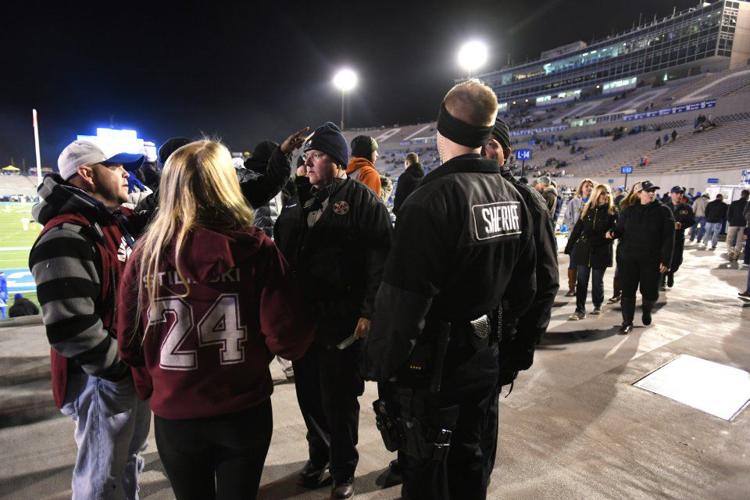 El Paso County has a new sheriff in town. Sheriff Bill Elder was sworn into office at Centennial Hall on Wednesday, December 31, 2014. New Years Day will be his first day on the job and he said he will spend much of the day talking with his staff. (The Gazette/Jerilee Bennett)

For more than a decade, Mike Waters has worn the uniform of an El Paso County sheriff's deputy, in the jail, on patrol, investigating crimes and issuing traffic tickets.

The only difference between Waters and the other deputies is he's not getting paid. Like 17 others in the Sheriff's Office reserve unit, Waters is a volunteer.

"This is my way of giving back, and it's giving back while I'm doing something that I love," he said.

Reserves are required to work at least 192 hours per year, but Waters said he has often worked at least four times that, including more than 1,400 hours in 2015.

"I do this a lot, because I love it that much," Waters said. "I'm probably out at least two times a week, if not three."

The 53-year-old Waters is an A-level reserve, which means he can perform all duties on his own, including going out on patrol and answering calls for service. He can take any call that a full-time deputy can - he's trained to carry a weapon and can make arrests.

Reserves enter as level C, then move up. As a level C, a reserve can work in the El Paso County jail - in detentions and intake and release - at crime scenes, on detail and at special events, according to Cathryn Richards, Sheriff's Office volunteer program coordinator. At level B, reserves can go out on patrol, but not solo.

Waters said most full-time deputies seem to be grateful when the reserves arrive.

"We hear things like, 'Thank you guys for coming out and covering our backs tonight. We feel safer because you're out here,'" Waters said. "That's my reward for being out here."

If full-time deputies were asked to fill the hours worked by the reserves, it would cost the Sheriff's Office about $500,000 annually, Maxwell said.

Although the number of reserves fluctuates, there are typically about 30, Richards said.

The ranks should be bolstered by the upcoming academy, which began Tuesday with the recruits who made their way through the extensive application process - the same process that prospective full-time deputies go through. In December, the 14 recruits who remained were being processed.

Richards said the application process can take between three and four months and typically begins with 70-80 recruits.

"Some people didn't make it through, and some people withdrew for various reasons," Richards said.

"I went through the (application) process, and it's a really lengthy process," said 31-year-old Buddy Newton, who's been a reserve for about five years. "Then if you're lucky, you get through everything and you do the six-month academy, which is pretty intensive - you have to have a lot of time to do that - but it's been great."

Newton, who is a certified public accountant, said he works between 400 and 500 hours annually as a reserve.

"My wife always asks me that, too - why I do it, especially for free," Newton said, laughing.

He said in addition to "an adrenaline rush factor," he wants to make El Paso County a better place to live and keep an eye on the neighborhood for his three kids.

Roles in the community

On a chilly Saturday night in November, Waters was working the Air Force Academy football game against Colorado State University with about a dozen other reserves.

At the games, they have two objectives: to protect the large amount of money flowing between the stadium's vendors and to handle law-breakers who don't have a military ID. Reserves most often encounter drunken disorderly calls and assaults, as well as the occasional DUI in the parking lot.

Reserves work in nearly every Sheriff's Office division, Maxwell said. And together, they contribute thousands of hours of unpaid work - from January through October, reserves worked 4,588 hours, Richards said.

To the average citizen, a reserve would be nearly indistinguishable from a full-time deputy. They occupy many of the same spaces, and uniform differences are subtle.

The Sheriff's Office website calls the reserve deputy position "among the most rewarding volunteer opportunities available in the law enforcement or public service fields," but it is not undertaken lightly.

"I consider this to be a law enforcement profession that I'm a part of," Waters said. "I'm not just doing this because I'm bored. I'm trained the same as the full-time deputies, and I feel that I'm out here to serve right beside them, locked arm in arm."