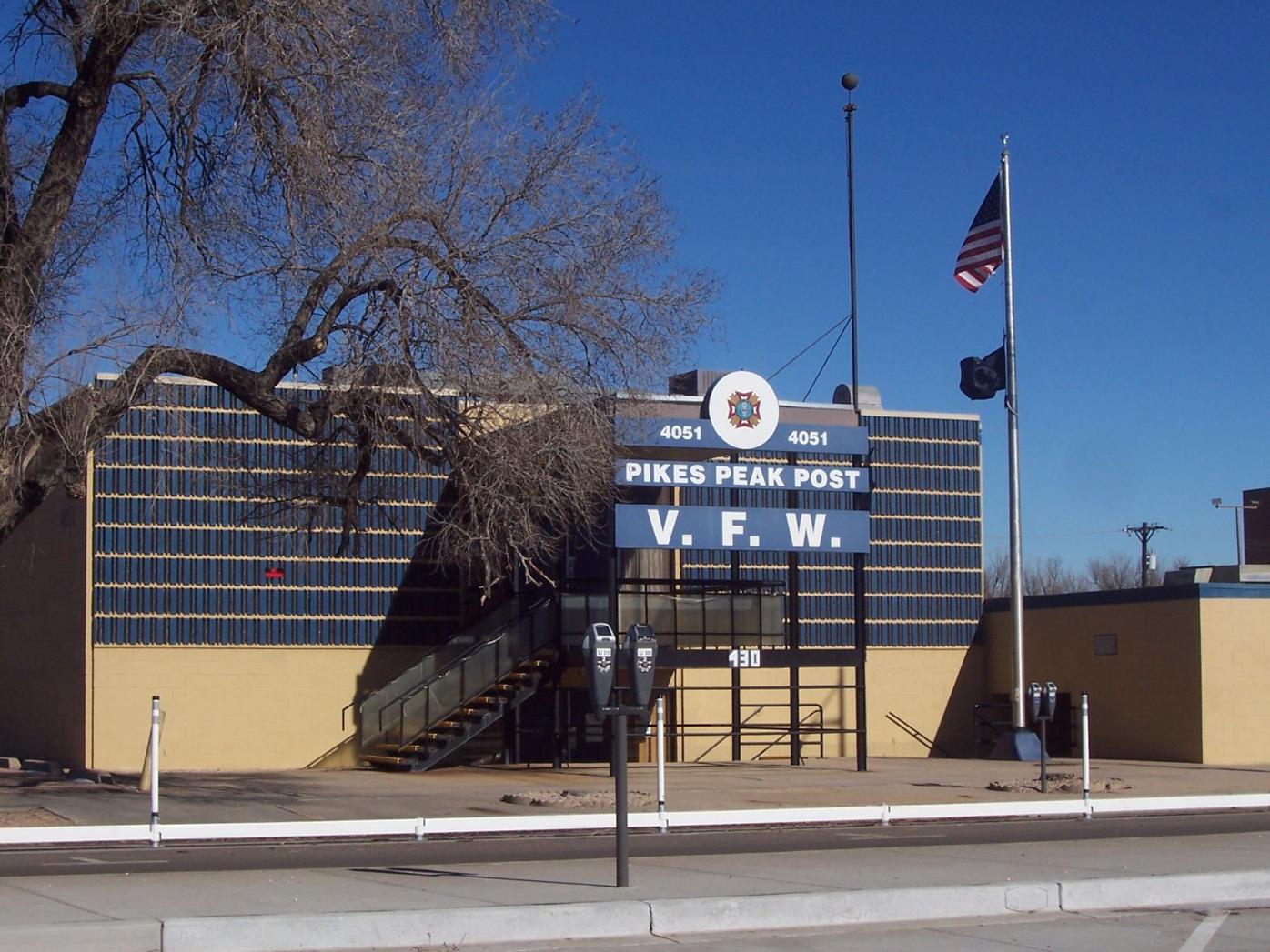 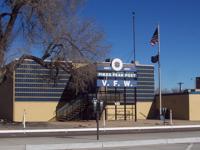 The VFW on Pikes Peak Avenue. 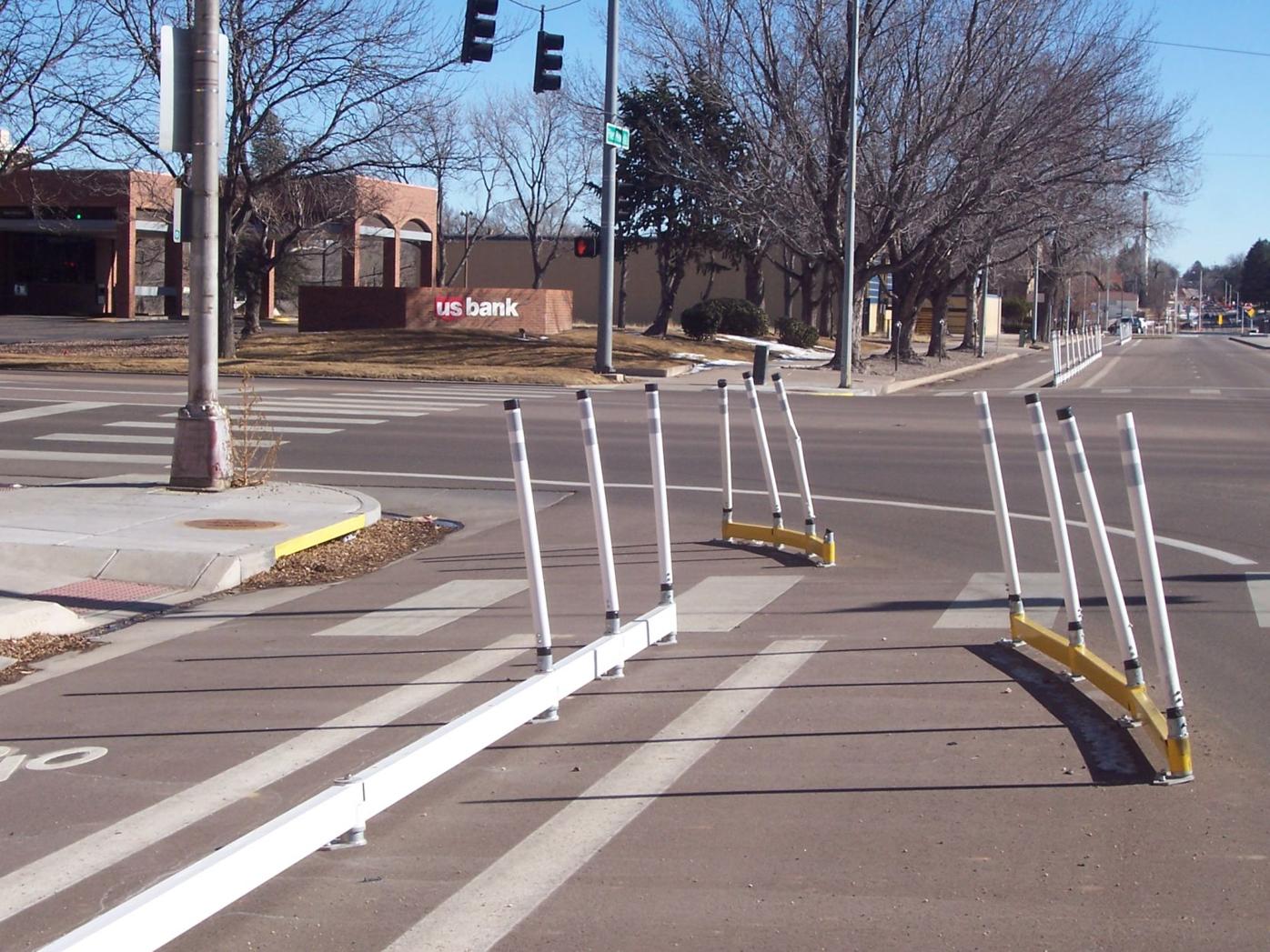 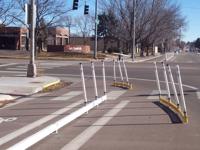 The VFW on Pikes Peak Avenue.

The Veterans of Foreign Wars Post 4051 is the epicenter of the struggle against bike lanes in Colorado Springs.

Trust me, I spent three hours Friday evening at the VFW for the post’s weekly dinner and dance and talked with more than a dozen members about bike lanes, including the lane that runs directly in front of their building at 430 E. Pikes Peak Ave.

Their opposition is unanimous and deep. And it will not be altered by arguments from the biking community. It also offers a taste of the opposition found all over the city.

A bike lane with a guardrail several inches tall runs in front of the VFW. As I walked into the building at dusk, a male rider was pedaling happily along the bike lane that inspires bewilderment at the VFW.

During the dance, members stopped by to share complaints, which were legion. On the big dance floor, couples moved in the darkness to live music from the ’60s and ’70s while, at my table, members wondered what had gone wrong in 2019.

If bike lanes are the wave of the future, VFW members want no part of that future.

“Build it and they will come,” says Ron Jones, 76, in a perceptive analysis. “That’s the approach. There’s not a need up front that is building the lanes. It’s a desire to have us be a bicycling-friendly community. Have the lanes and the bicycles will come.

“But we’re not Boulder. We’re not Fort Collins. We don’t have tens of thousands of students. There isn’t a need. There’s a hope, but there’s not a need for it right now.”

Battle of the Bike Lanes in Colorado Springs: A Community Conversation

Supporters of the lanes do not want to live in a city ruled by automobiles. They want lanes that allow them to safely — or at least more safely — pedal along city streets. They emphasize they own cars and already pay taxes that go toward roads. On days they trade bikes for cars, the say, they cause far less damage to those roads. They talk of blissful bike rides in European cities filled with lanes.

It seems obvious to them that bike lanes bless Colorado Springs.

And I’ve heard from the opposition. They want to drive as quickly as possible from home to the grocery store or pharmacy or YMCA, and bike lanes slow the journeys. They seldom see bicyclists in the lanes. They complain about bike riders who fail to obey traffic laws. They embrace the idea of a city ruled by automobiles, long the ruler of America. They wonder why the majority who oppose bike lanes can’t stop the invasion of bike lanes.

It seems obvious to them that bike lanes curse Colorado Springs.

I’d like to tell you supporters and opposition will find peaceful middle ground. That the sides will listen to each other and grow and emerge with a compromise that makes for a better, safer city.

On Friday night, I found no middle ground among the friendly members of VFW Post 4051.

Here’s a friendly suggestion. Next time you’re driving and see a cyclist pedaling along a city bike lane, roll down your window and say this: