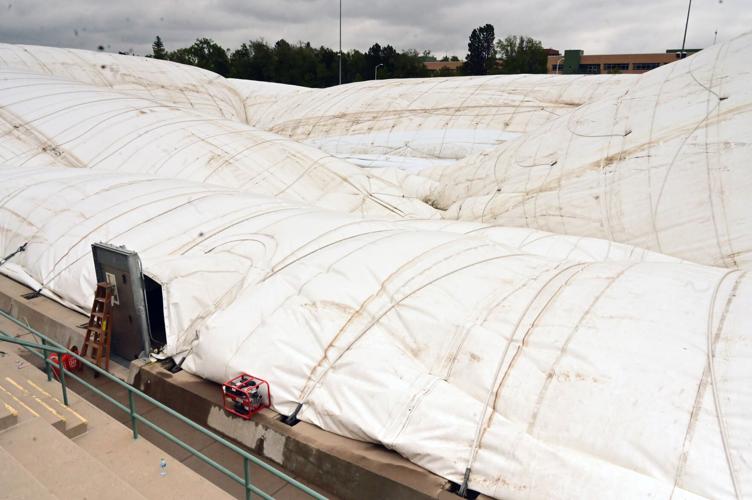 The bubble over the 7-Eleven Velodrome was deflated before a snowstorm last month. 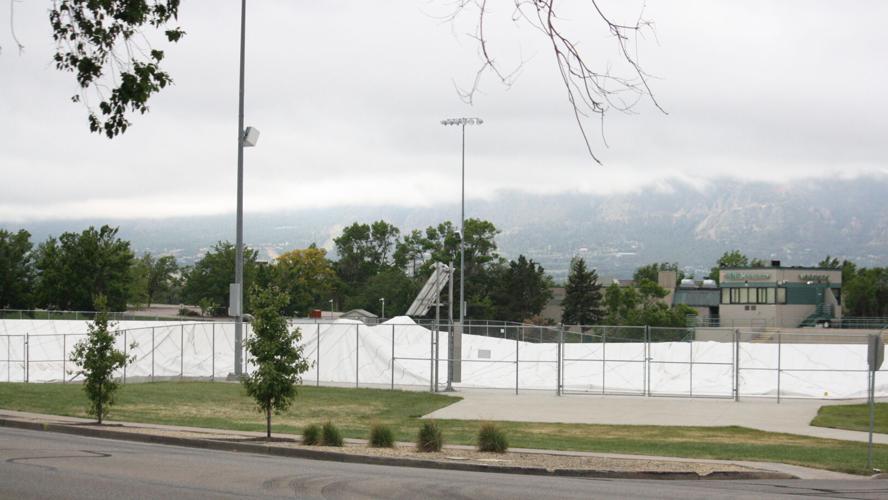 The air-pressurized dome was added to the dual training track in 2015.

The bubble over the 7-Eleven Velodrome was deflated before a snowstorm last month.

The air-pressurized dome was added to the dual training track in 2015.

Colorado Springs residents and motorists near Memorial Park may have noticed that the 7-Eleven Velodrome has looked a bit different in the past few weeks.

That’s because the air-supported dome above the cycling and roller sports venue was deflated last month after sustaining damage in a snowstorm that dropped a heavy, wet blanket over the city, snapping tree limbs and causing power outages.

“We deflated the dome as a precautionary measure to prevent further damage,” said Andy Obringer, venues manager for the Olympic & Paralympic Training Center.

Built in 1983, the velodrome boasts a 333.3-meter banked cycling track wrapped around a 200-meter track for roller sports. The air-pressurized dome was added in 2015, making it an all-weather venue.

The center of the dome collapsed under the weight of the snow and was intentionally depressurized before more damage could be done, Obringer said.

Crews reinflated the dome on Thursday, but officials would not speculate on when the venue will reopen.

"There was damage done under the roof, but we don't know the extent of that yet," Obringer said. "We have to assess the damage and figure out what needs to be repaired before we'll be able to say when it will be open."

Editor's note: This story has been updated to clarify when the velodrome was deflated.