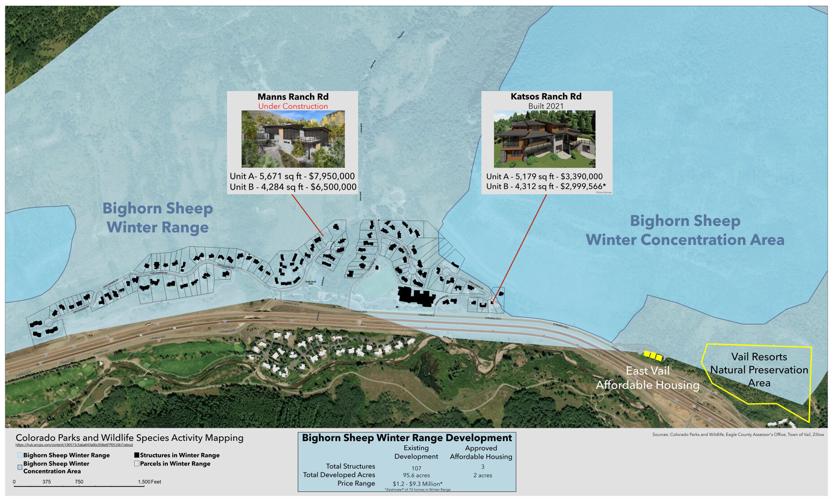 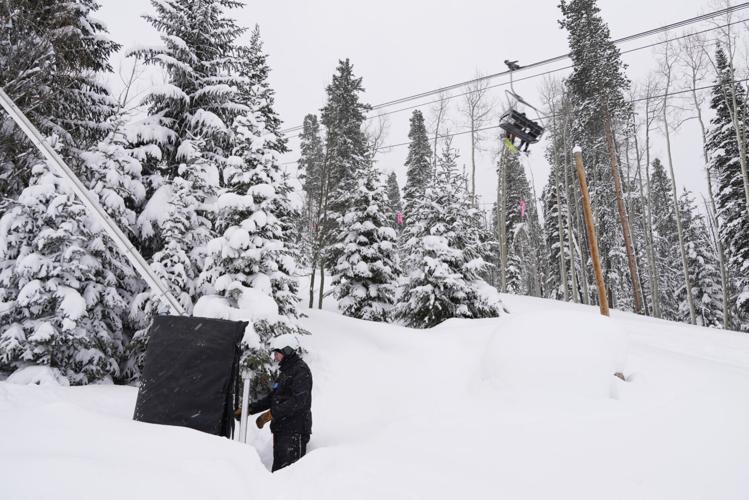 Ian Sidwell adjusts a machine used to make snow at Vail Mountain Resort on Dec. 29 as snowboarders ride a lift. The company says it is in need of housing for employees and is asking a judge to overturn an “emergency ordinance” passed by the town of Vail blocking a new project.

Ian Sidwell adjusts a machine used to make snow at Vail Mountain Resort on Dec. 29 as snowboarders ride a lift. The company says it is in need of housing for employees and is asking a judge to overturn an “emergency ordinance” passed by the town of Vail blocking a new project.

The Vail Corp., parent company of Vail Resorts, has asked a district court judge to nullify an emergency ordinance the town of Vail passed Aug. 2 to stop the company from developing affordable workforce housing on land it owns.

The complaint, filed Aug. 30, alleges the Town Council acted “arbitrarily and capriciously” and that it “exceeded its jurisdiction” when passing Ordinance 16.

The emergency ordinance stopped Vail from issuing any permits that would have allowed Vail Resorts to perform soil testing or any building activity, like grading, on a 5-acre parcel on the east side of the mountain town.

That’s the location where the resort wants to build affordable or workforce housing.

It was intended to preserve the property while the town works to acquire the land through the condemnation process in an effort to prevent high-density development on bighorn sheep habitat in the area, according to the ordinance.

“This effectively closes down Vail Resorts for the entire mountain building season until next summer,” according to the complaint.

Town Council in May passed a resolution to move toward condemning the land, so it can buy it and set it aside as a nature preserve to protect the herd of bighorn sheep that frequent the area.

But, Vail Resorts alleges, it never condemned the land and never made the company any fair compensation offer for it in four months. Meanwhile, the town’s Design Review Board approved the company’s development application May 18 and Vail Resorts wanted to move forward with soil testing.

“There is no emergency other than the one of the Town’s own making from its delay in filing its condemnation case,” the complaint states. “But a Town cannot circumvent its own Code by creating its own emergency.”

Town officials posted notice of Ordinance 16 the Friday afternoon before the Aug. 2 Town Council meeting at which it was approved, the complaint alleges. Ironically, also at that meeting, the council upheld the design board’s decision after a neighbor had appealed it.

“As of Aug. 2, 2022, Vail Resorts’ Project was fully entitled and ready to build,” the complaint states.

A Vail spokeswoman said the town attorney “is in the process of reviewing the complaint, so as of yet, we do not have a statement.”

Vail Resorts’ spokesman John Plack emailed the following statement: “Vail Resorts did not want to end up in court, and our goal is unchanged: more urgently needed incremental affordable housing in the Town of Vail. However, the Town of Vail’s extraordinary and unusual action, and improper use of an Emergency Ordinance, resulted in our court filing on August 30, 2022.”

In 2017, Town Council — with the unanimous recommendation of the town’s Planning and Environmental Commission — agreed to rezone the 23.3-acre parcel to allow for development on the 5-acre plot for an East Vail workforce housing subdivision. The area is known as Booth Heights.

The development was approved by the Town Council in 2019.

After concerns were raised early in 2022 about the bighorn sheep being impacted by the development, the company agreed to give the town 18 acres of the property to preserve the forest land, and also paid the town $100,000 for “wildlife enhancements within the Town.”

“Mountain towns across Colorado are in critical need of affordable workforce housing,” the complaint states. “And the Town of Vail is no exception.”

The complaint asks a district court judge to toss the ordinance because:

“The town took this action: (1) without following its own Code with respect to passing Ordinances that impact property rights; (2) without filing any condemnation case to take the Property; (3) without proving in a court of law that it is entitled to take the Property through eminent domain; and (4) without obtaining possession following such a finding and after making a deposit of the estimated just compensation for its taking.”

The complaint does seek any other damages.