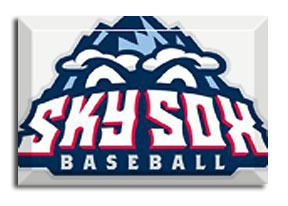 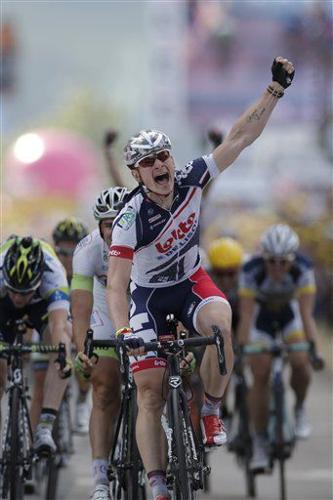 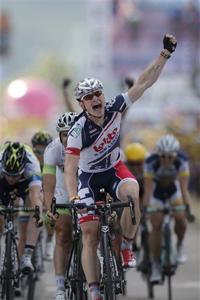 UPDATE:  Sky manager says Mark Cavendish will continue racing in the Tour de France after a serious crash during the fourth stage on Wednesday.

Dave Brailsford says Cavendish's injuries are "superficial" and adds that world champion is expected to continue racing in the Tour.

The British sprinter got involved in a crash along with several other riders less than 2 miles before finish. Cavendish hit the ground during the buildup to the final sprint.

ROUEN, France — Germany's Andre Greipel led bunch sprint to win the fourth stage of the Tour de France on Wednesday, after several riders — including world champion Mark Cavendish of Britain — were involved in a late crash.

Swiss rider Fabian Cancellara avoided the trouble and retained the overall lead for a fifth day after the 133-mile race along the English Channel from Abbeville to Rouen.

With less than 2 miles left, Cavendish went down in a crash — scraping up his rainbow-colored jersey of world champion. He got back on his bicycle and rode gingerly to finish the stage.

With Cavendish out of the picture, Greipel burst out of the depleted group of sprinters, and sped to the straightaway finish, a split second ahead of Italy's Alessandro Petacchi and Dutch rider Tom Veelers.

"This is what we wanted. It's a good victory," said Greipel after his 14th victory in all competitions this year. He said he didn't pay much attention to the late crash.

"I heard something behind me ... but 60 kilometers per hour, you don't worry about what happened behind," the Lotto-Belisol rider said in an interview with France-2 TV.

"It's a very emotional victory for me," Greipel added. "I didn't see the crash — of course it's part of the race, but it's always not nice to see those pictures."

According to the Tour rulebook, riders who get delayed by a crash in the last three kilometers of the race are awarded the same time as the stage winner.

Cancellara won the opening-day prologue on Saturday. He has worn the yellow jersey ever since. Overall he leads second-placed Bradley Wiggins of Britain by seven seconds.

Defending champion Cadel Evans of Australia was 17 seconds off the pace in seventh place.

David Moncoutie and Anthony Delaplace of France and Japan's Yukiya Arashiro broke away from the pack early and chiseled out a maximum lead of 8:40 at kilometer 16, but the peloton reeled them in with about 10 left in the stage.

Riders set off from Abbeville — a town where 6,000 buildings were destroyed or damaged in a German bombing raid in World War II in May 1940 — and rode along English Channel's picturesque chalky cliffs and giant wind-turbine fields.

Thursday's fifth stage promises another bunch sprint, after a mostly flat 122-mile course from Rouen to Saint-Quentin north of Paris.