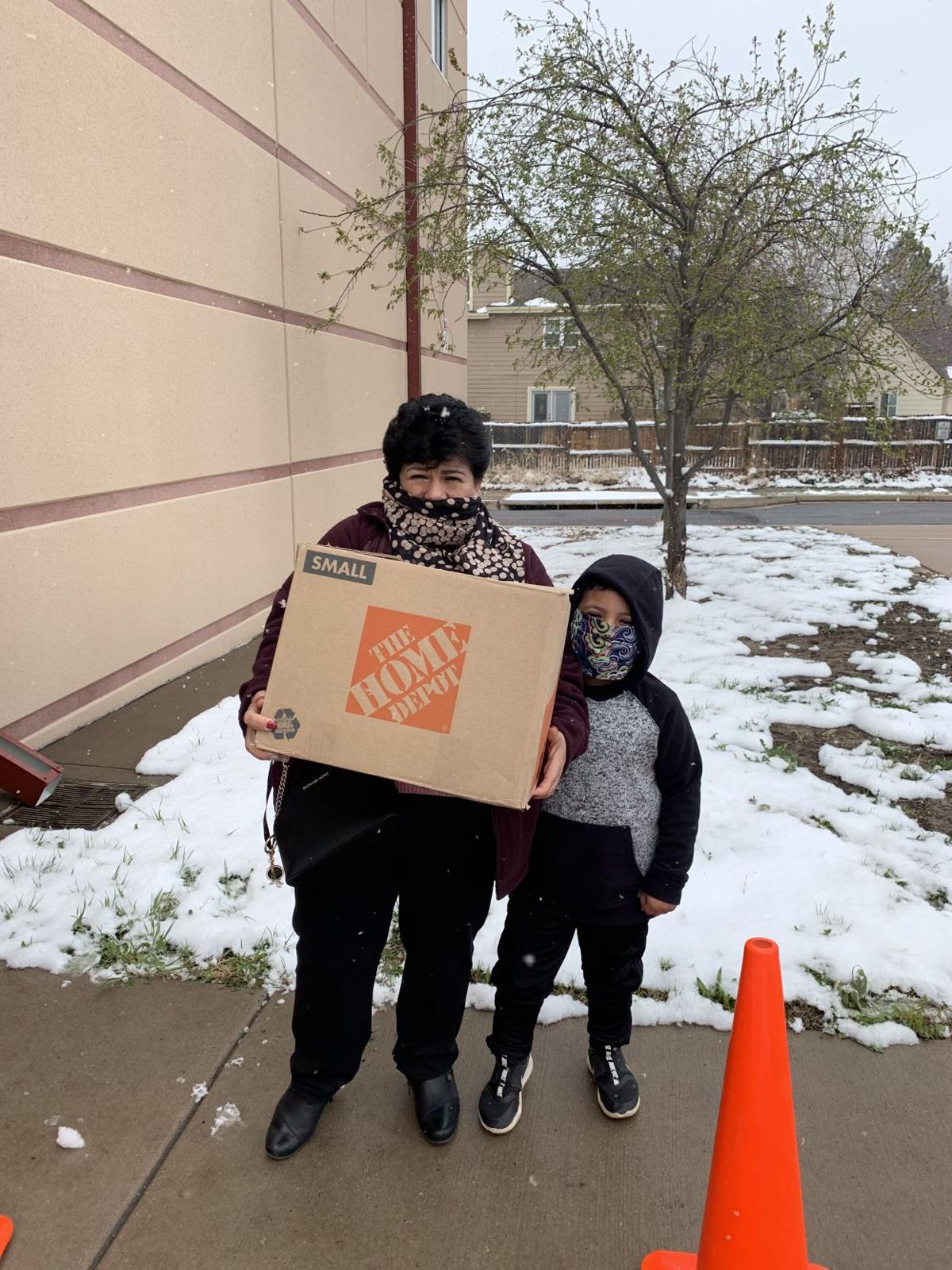 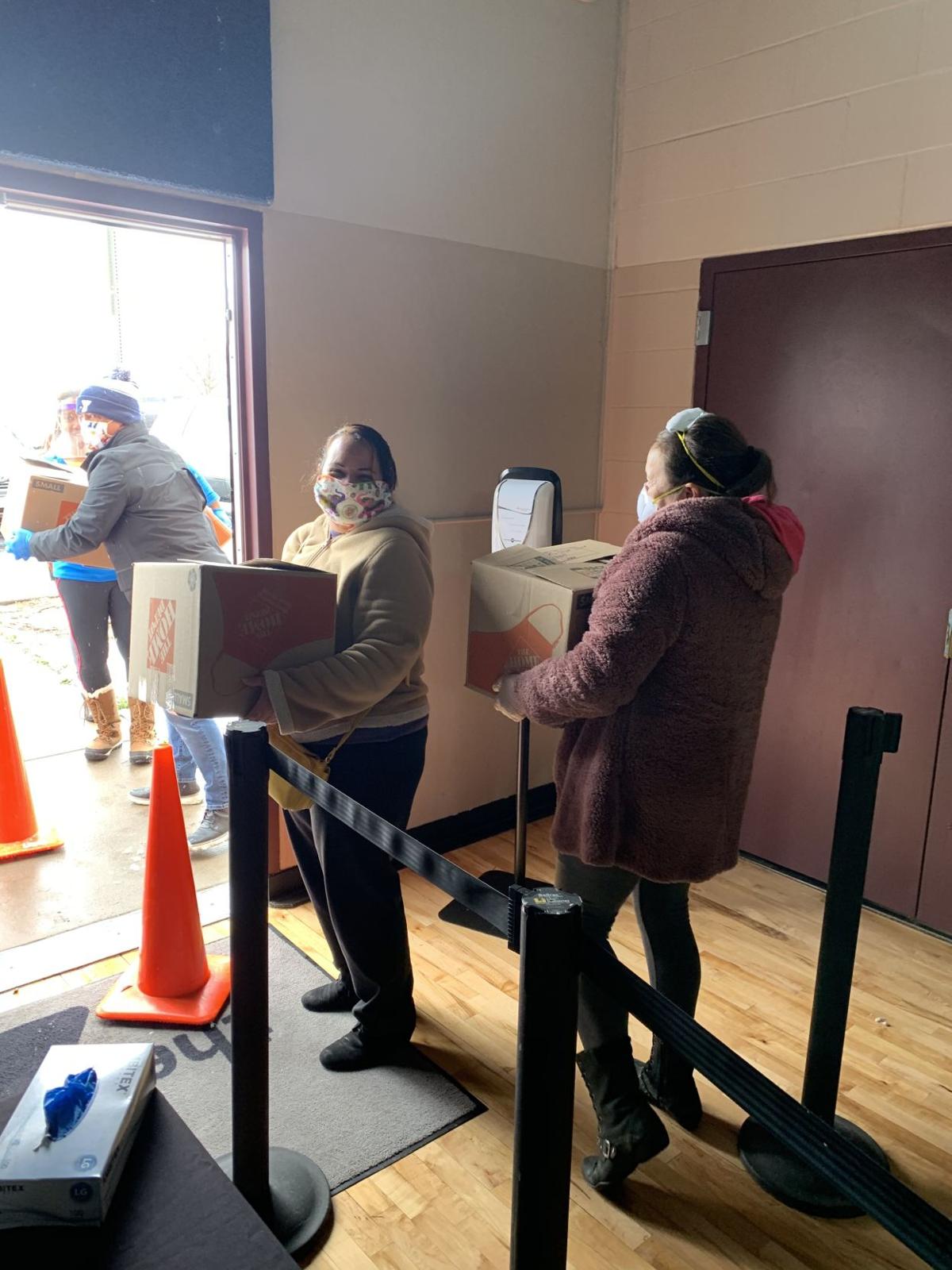 Sofia Martinez, a single mother of three school-age children, has been living paycheck to paycheck and eking by. Now that she’s lost her job as a housekeeper at a Colorado Springs hotel because of coronavirus shutdowns, her family’s situation is precarious.

“I had enough savings to pay rent and utilities for April, but the rent will be due soon for May, and I don’t know what I’ll do,” she said through a Spanish-English interpreter. “There’s a lot of us in the same situation.”

Calls for help during the pandemic from undocumented families living in southeast Colorado Springs, like Martinez, have led El Paso County to be added to a growing list of giveaways of food, specifically for immigrants living here illegally.

“Our people are suffering,” said Julissa Soto, director of statewide programs for Servicios De La Raza, or Services for the People, a Denver-based nonprofit organization with two offices in Colorado Springs.

Undocumented workers are not included in the federal government’s CARES Act, a economic stimulus package that includes cash distributions and expanded unemployment insurance, leading organizations such as the ACLU office to object to the restrictions.

Martinez doesn’t have a Social Security number but has taxes taken out of her paycheck through a government-issued Individual Taxpayer Identification Number.

She emigrated from Chihuahua, Mexico, to the United States with her parents 30 years ago, when she was 14. She’s lived in Colorado Springs for 23 years but has never become a legal resident or a naturalized citizen.

“It’s expensive,” she said. “It takes a lot of money to get a lawyer and start the process, and my older son has been trying to help me get a green card, but now the legal offices are closed and backed up with a lot of cases.”

Martinez went to the first distribution of the new food giveaway last week, at the Southeast Armed Services YMCA where Servicios De La Raza has an office.

“It helped,” Martinez said, adding that she has also accessed other food bank programs, and her children, who were born in the United States and are citizens, qualify for the federal Supplemental Nutrition Assistance Program, formerly known as food stamps.

Colorado Springs Food Rescue, a nonprofit that salvages usable food from stores and businesses to pass on to anyone who’s hungry, is providing the boxes, which contain fresh products such as eggs, cheese and vegetables.

Produce and other items that need refrigeration aren’t readily available from food pantries, said Victoria Stone, director of food access for Colorado Springs Food Rescue. But her organization salvages products from grocers such as Trader Joe’s, Whole Foods and Sprouts, and quickly distributes it to anyone regardless of status.

Before the coronavirus, the organization had distributed free food at eight locations in El Paso County. Now, it's consolidated all operations at one giveaway site at its Helen Hunt office in the Hillside neighborhood.

“Since our original purpose was to provide access, we realize having everything centralized is not conducive to everyone, so we’re supporting Servicios De La Raza’s efforts,” Stone said.

An estimated 300 undocumented families live in southeast Colorado Springs, Soto said, identified by Census Bureau statistics as the poorest area of the city.

About 100 families have indicated they need food. The majority, like Martinez, were born in Mexico, although they also represent countries throughout Central and South America, she said.

“People need to understand the undocumented community exists and is there to stay,” Soto said.

The 211 referral line Pikes Peak United Way operates also has recommendations, said spokeswoman Annie Snead. Families can apply for utilities assistance, for example, if they have children who have Social Security numbers and the parents who don't are using an taxpayer ID number.

"Our goal is to meet everyone where they're at, and we don't let documentation get in the way," he said. "The challenge is, partners may ask for documentation, and that's where organizations hit walls."

Programs that require a Social Security number or paperwork to obtain assistance scare undocumented people, said Soto, who 20 years ago emigrated to the U.S. in the trunk of a car and is a naturalized citizen, because they fear it might be a setup for deportation.

According to the U.S. Immigration and Custom Enforcement website, the agency has adjusted enforcement during the pandemic to “focus on public-safety risks and individuals subject to mandatory detention based on criminal grounds,” such as child exploitation, gang involvement, drug trafficking, human trafficking and terrorism.

ICE agents will not carry out enforcement operations at or near hospitals, doctors' offices, health clinics and urgent care facilities, “except in the most extraordinary of circumstances,” the site states, adding, “Individuals should not avoid seeking medical care because they fear civil immigration enforcement.”

Still, Martinez said she’s even more anxious now with no job and having three children needing to do schoolwork at home on one computer that was provided by a local school district.

“With all the issues, I’m falling into depression,” she said.

“I used to cover up that I help the undocumented community, but it’s time to talk about it,” Soto said. “We must acknowledge this community’s existence and step up and help them.”

The new food distribution for undocumented families will happen weekly at the Southeast YMCA. For times and dates, email her at JulissaS@serviciosdelaraza.org or call the office at (303) 458-5851.

Where are we with the coronavirus?| Tatiana Bailey

As we all start hearing and thinking more about reopening our state and nation, I thought it might be helpful to provide some visuals on where we are with respect to COVID-19 cumulative cases, new cases and deaths.