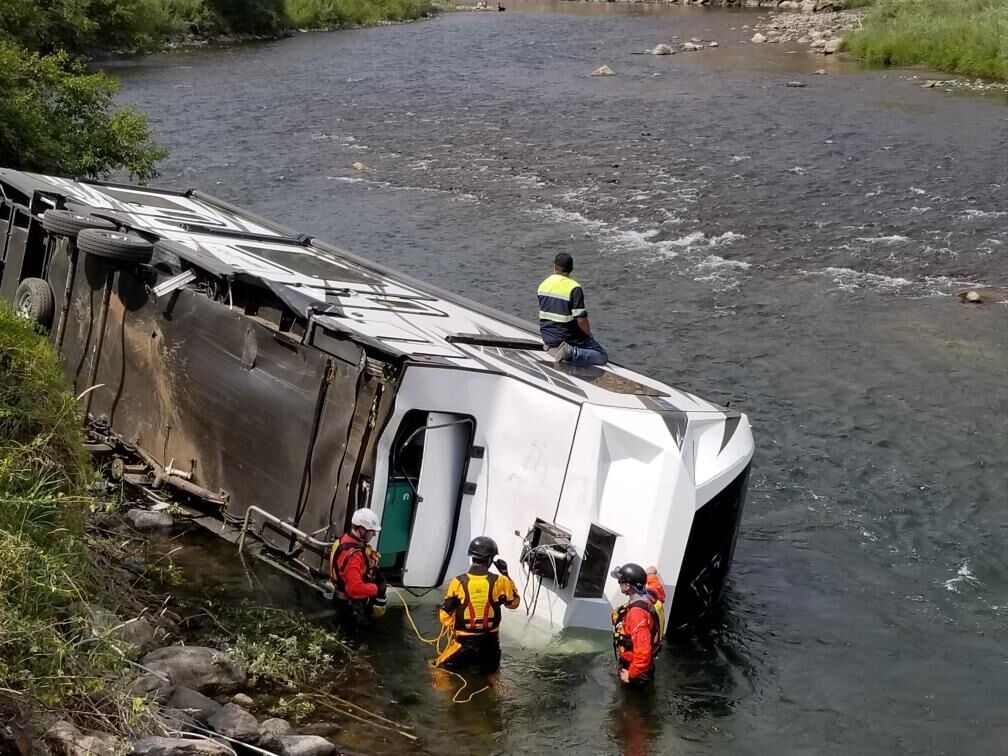 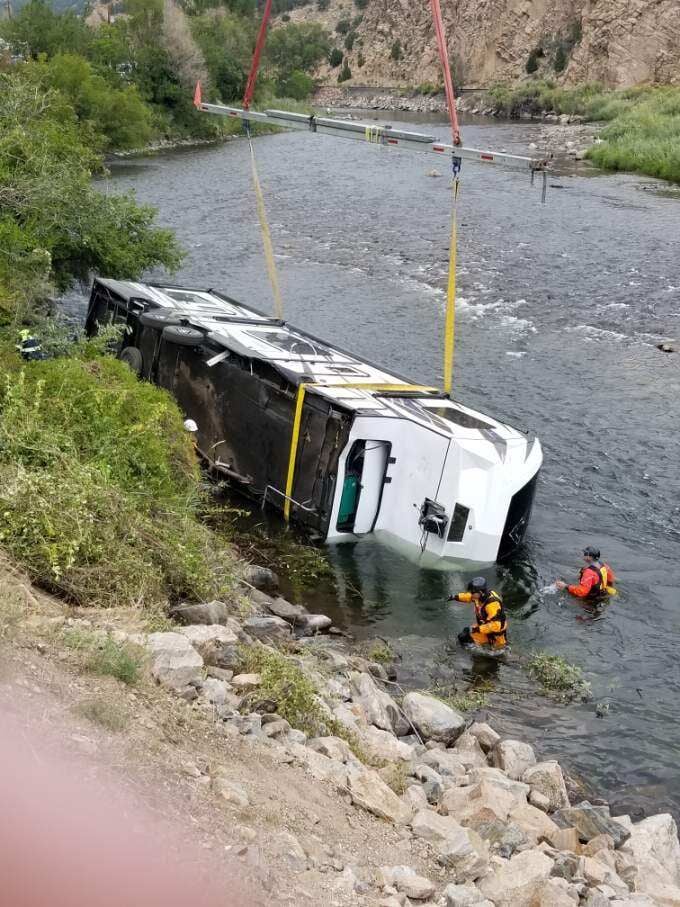 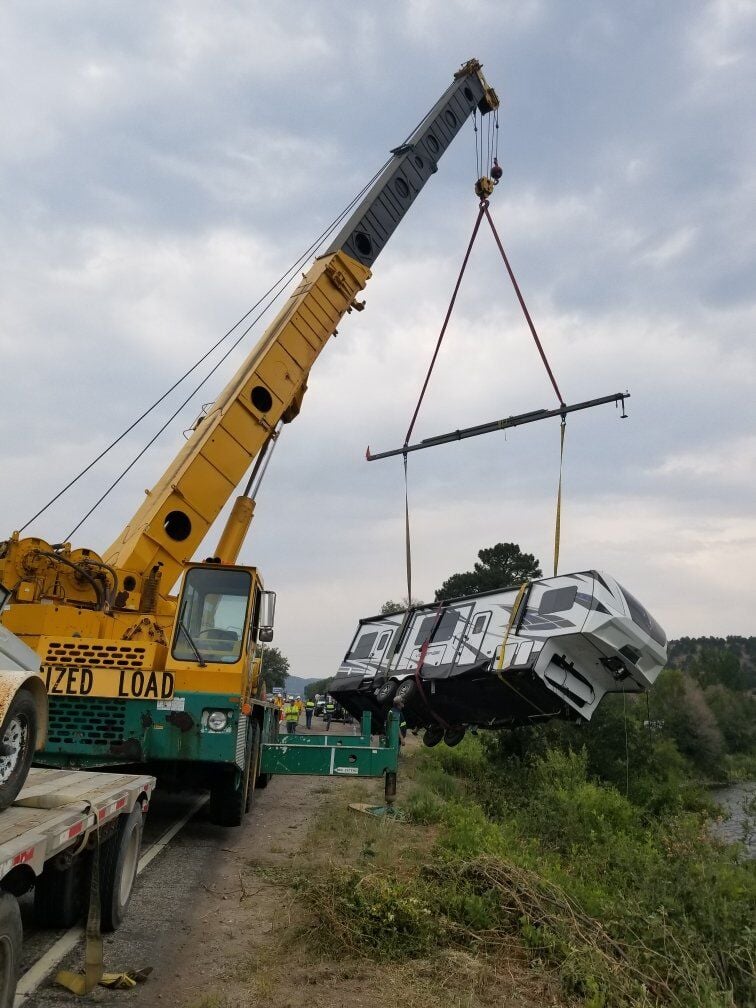 A crane removes a camper from the Arkansas River Aug. 24. Photo courtesy of Colorado Parks and Wildlife. 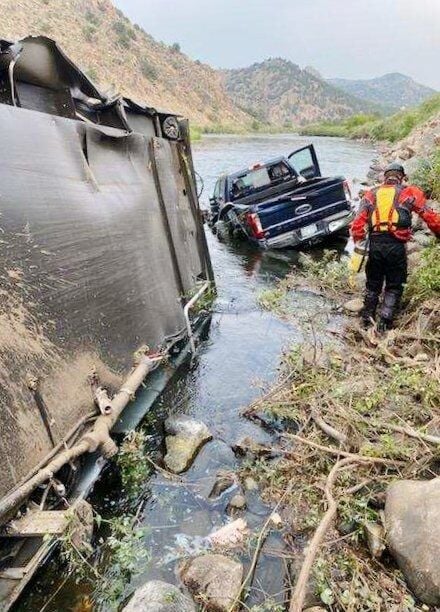 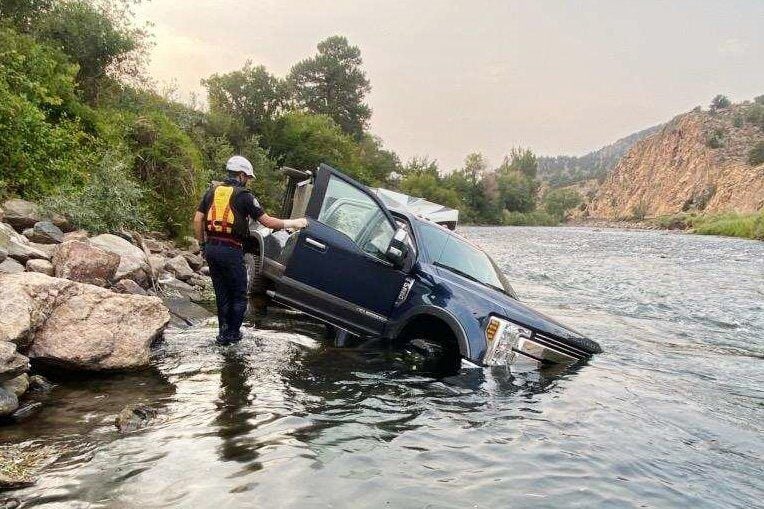 A crane removes a camper from the Arkansas River Aug. 24. Photo courtesy of Colorado Parks and Wildlife.

A camper and pickup were fished out of the Arkansas River after a driver plunged off U.S. Highway 50 near Coaldale on Sunday and tumbled into the water, according to the state Department of Parks and Wildlife.

Colorado State Patrol responded to the call around 4:15 p.m. Sunday after Christopher Livingston, 46, drove into the river. He was the only occupant in the vehicle and had no serious injuries, according to trooper Josh Lewis.

The truck was removed from the river Sunday night around 7:24, State Patrol said.

Colorado Wildfires | A look at the fires burning in the state, including Grizzly Creek fire flare up

"It's a fairly common rescue activity," the Colorado Parks and Wildlife tweeted out.

Heavier equipment was needed to rescue the trailer, but the proper equipment wasn't available until Monday afternoon. That's when a crane was brought in to hoist the RV out of the river.

Park Manager Tom Waters and his crew removed the camper among rushing water and leaking fuel according to a tweet from Colorado Parks and Wildlife.

Definitely NOT catch-and-release on this species. Watch as a camper is hauled from. The Arkansas River late Monday. @COParksWildlife's Tom Waters, park ranger @AHRA_CPW, and his team helped with the recovery. pic.twitter.com/TWZaXL9Ie5

An injured great horned owl was rescued from a construction site near the Great Wolf Lodge in Colorado Springs on Monday morning, the state De…