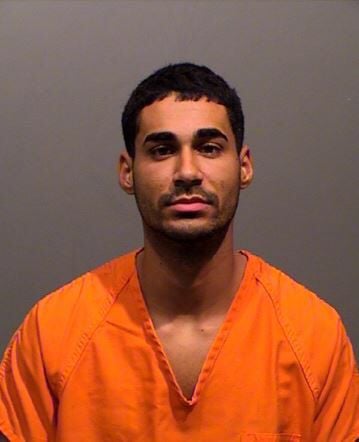 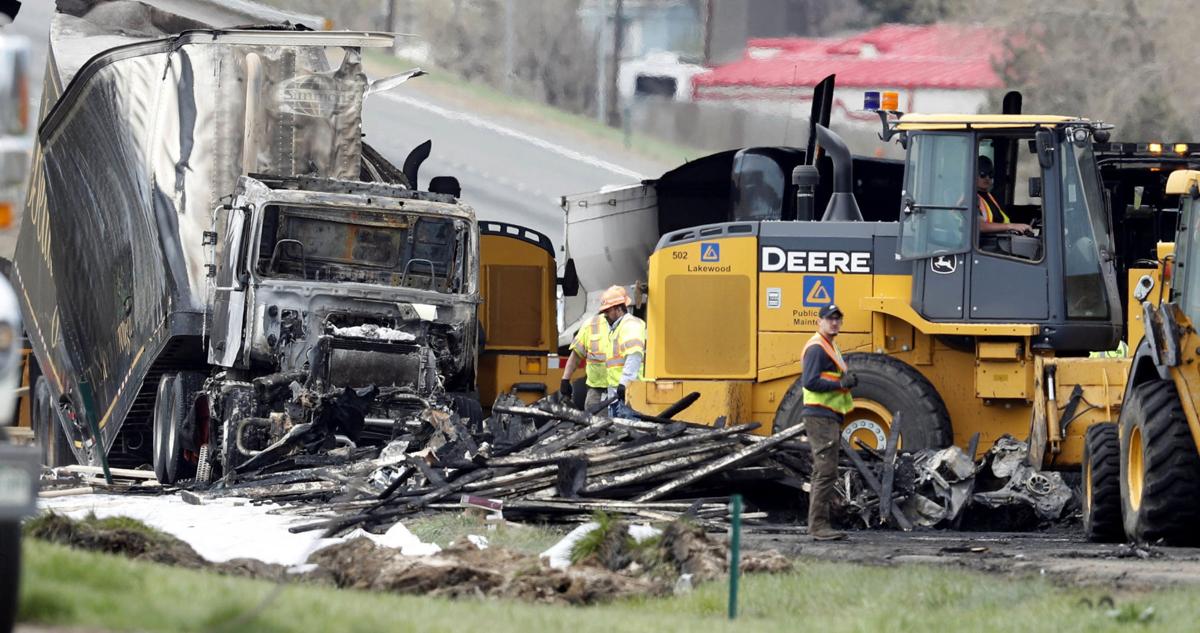 A Texas truck driver could face decades in prison if he is found guilty of the 40 charges filed against him in a fiery crash on Interstate 70 west of Denver last week that killed four people and seriously injured two.

“I’ve never seen anything impact our community like this,” said Lakewood Police Chief Dane McCasky. “Talking to investigators, we’ve never had ... a crash of this magnitude.”

4 killed in fiery crash on I-70 near Denver identified

“The charges reflect the individual victims put at risk by the actions of Mr. Aguilera,” Weir said.

“There is a relationship between each charge filed and an individual that died, was injured or placed at serious risk for serious bodily injury or death.”

Weir did not give a specific estimate of Aguilera’s potential time in prison, saying only that it could be “decades.”

Aguilera, who is being held on a $400,000 bail, initially was arrested on suspicion of four counts of vehicular homicide in the April 25 crash in the eastbound lanes of Interstate 70.

Witness interviews and videos show Aguilera’s truck flying down eastbound I-70 near Genesee about 85 mph and swerving in and out of traffic, Weir said.

The speed limit for a commercial truck with a trailer in that section of the interstate is 45 mph. The semi would have passed a runaway truck ramp at mile marker 257, three miles east of Genesee.

Near the Denver West Boulevard exit, Aguilera reportedly veered into the middle lanes to avoid a semitruck parked on the shoulder. His truck slammed into 27 vehicles, which were stopped due to a previous crash at Ward Road. Smoke and flames shot into the air and wrapped around the adjacent bridge.

Initial reports said Aguilera’s brakes had burned out. Weir said Friday that the truck is too destroyed to complete a mechanical inspection.

Weir also confirmed that Aguilera had a valid commercial driver’s license from Texas.

At least one GoFundMe and a Facebook fundraiser were organized to raise money for Aguilera’s legal expenses.

The Facebook page is no longer live, and the GoFundMe, which raised more than $1,000, is no longer accepting donations.

9News contributed to this report.

One man died and another person was hospitalized on Thursday after a crash in northeast Colorado Springs.