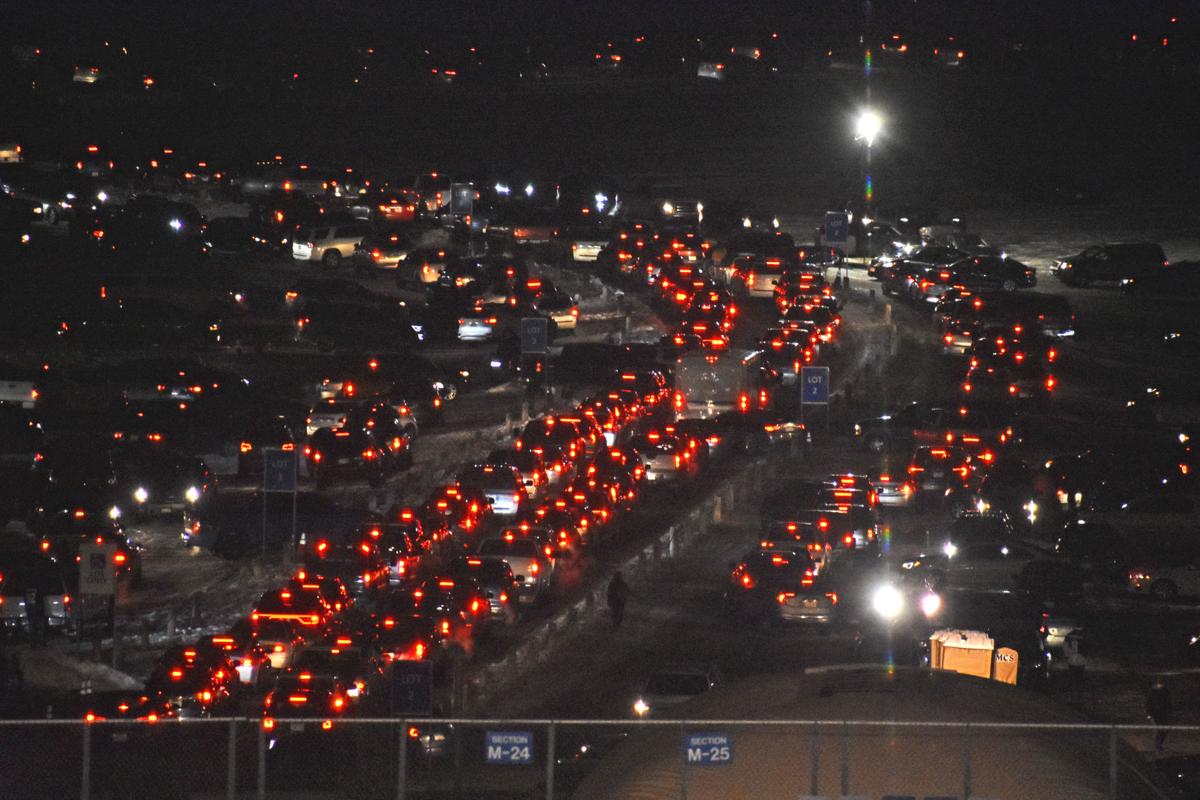 Traffic backed up leaving Falcon Stadium, photographed from the stadium’s press box, at 9:45 p.m., about 50 minutes after the NHL Stadium Series game Saturday. 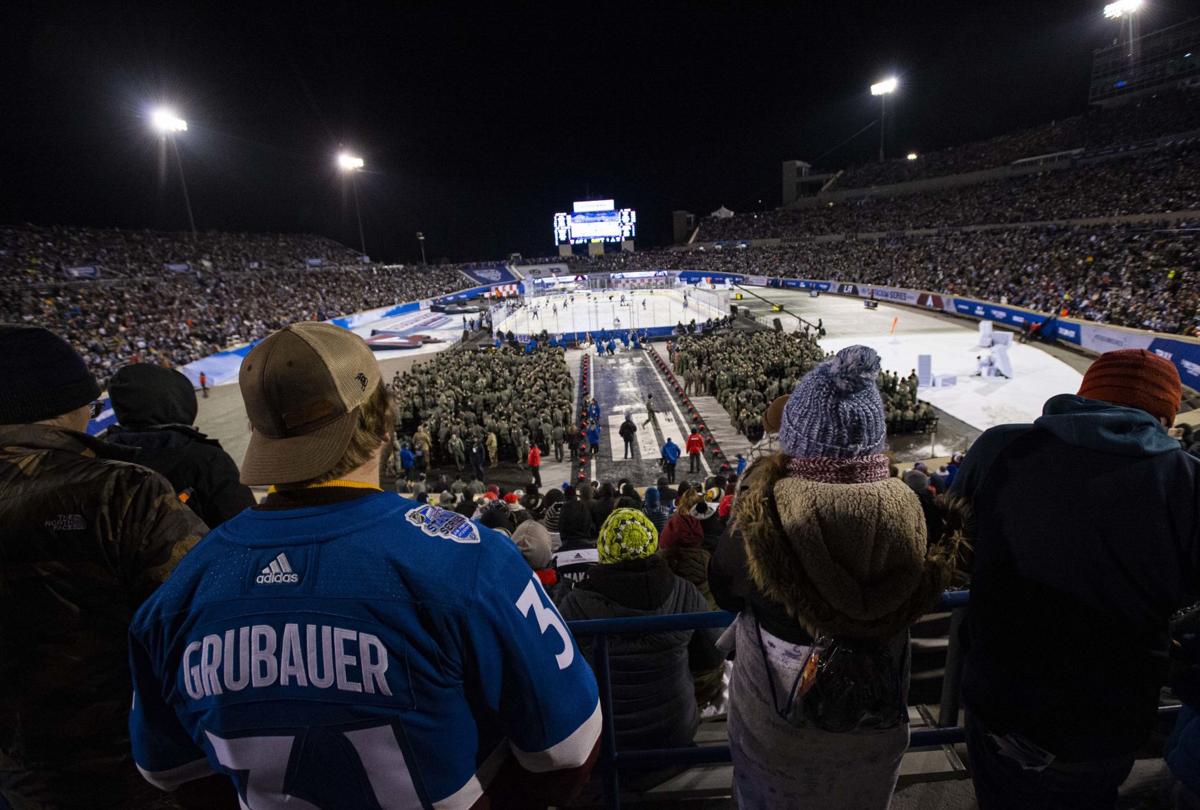 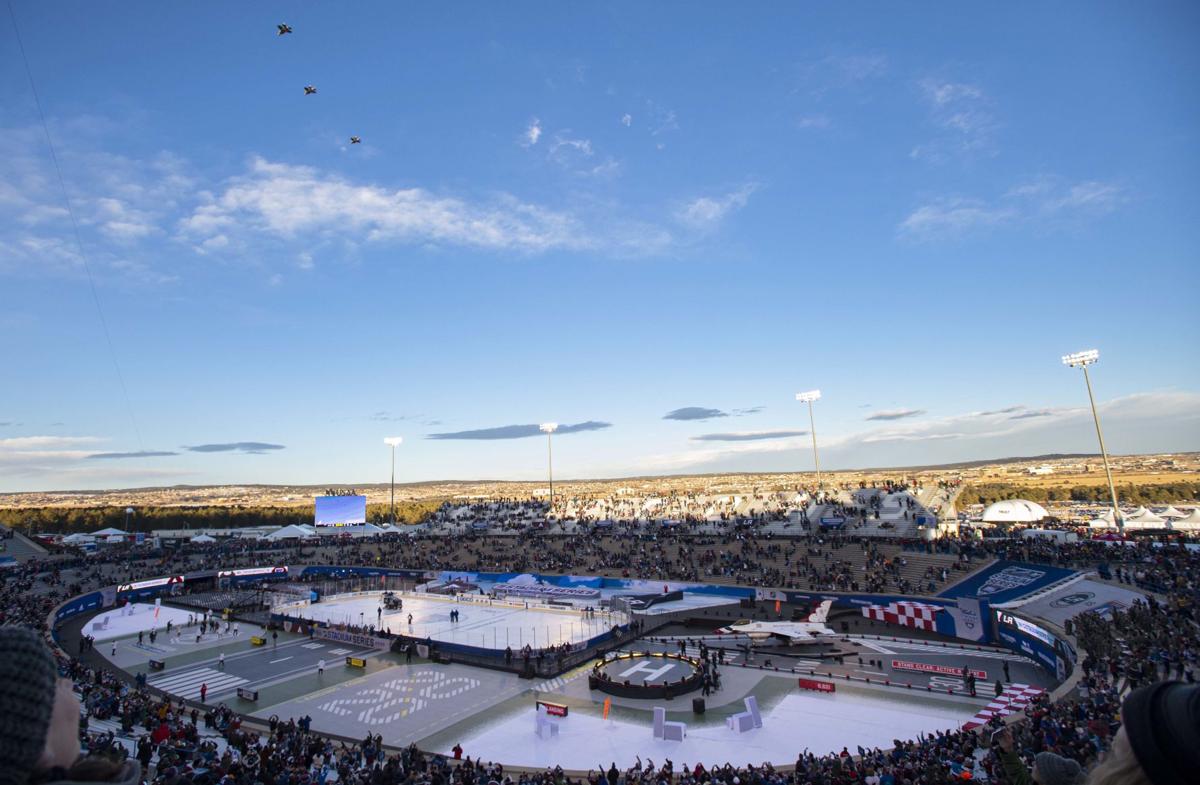 Traffic backed up leaving Falcon Stadium, photographed from the stadium’s press box, at 9:45 p.m., about 50 minutes after the NHL Stadium Series game Saturday.

Colorado Department of Transportation officials responded Monday to the furor over the traffic mayhem that caused hundreds of fans to be late to, or even miss, Saturday’s NHL Stadium Series game at the Air Force Academy, defending a decision to close a southbound lane of I-25.

The department’s officials were aware of the much-anticipated increase in I-25 traffic Saturday, so crews did not plan any road closures, according to a news release sent Monday. However, around noon Saturday, several large potholes emerged on southbound lanes a mile south of County Line Road.

“These potholes were large enough to cause a safety concern and needed to be fixed immediately. Delaying emergency pothole operations could have led to a crash,” the department said in the news release. “Severe crashes within the project have the potential to cause lengthy full closures.”

But the traffic troubles began before the potholes. Southbound lanes between exits 181 and 174, Plum Creek Parkway and Tomah Road respectively, were shut down by a five-car crash at about 11 a.m. The lanes reopened about 20 minutes later.

The release offered a precise timeline of events Saturday afternoon. Construction crews were notified at 12:22 p.m. that the potholes needed to be fixed immediately and one southbound lane was closed at 1:50 p.m., according to the news release. The transportation department’s communications team sent a text alert to its 3,000 subscribers, notifying them about the lane closure.

Repair crews began work at 2 p.m., which was about the peak travel time of early game-goers who attended the Stadium Series’ fanfest. A total of 43,574 people attended Saturday’s game at the Air Force Academy between the Colorado Avalanche and the Los Angeles Kings.

The transportation department explained that it is not possible to divert traffic from southbound to northbound lanes of the interstate. “There is no connecting pavement, so that could never be an option.”

A man who died Saturday night at the Air Force Academy following an NHL Stadium Series game was identified Tuesday by authorities.